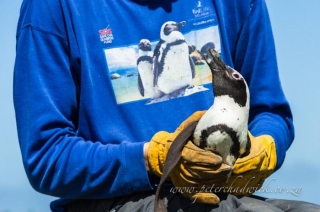 Close your eyes and imagine a soccer stadium densely packed to capacity with rows upon rows of fans and the eruption of noise, just as a goal by the home team is scored. This, is what South Africa’s seabird islands used to be like, but instead of densely packed cheering fans, these islands were covered with millions of pairs of breeding seabirds, whose raucous calls filled the airwaves. Sadly, today the situation is very different!

When Vasco Da Gama first rounded the Cape a few hundred years ago, Dassen Island, on our West Coast, held up to a million breeding pairs of African Penguins – today there are only 3900 pairs left on the island! The population of this iconic seabird is falling at 20% per annum, equating to a loss of 200 pairs per week over a period of 100 years!

This currently leaves a global population of only 30 000 pairs and places the African Penguin at a greater risk of extinction than rhinos! 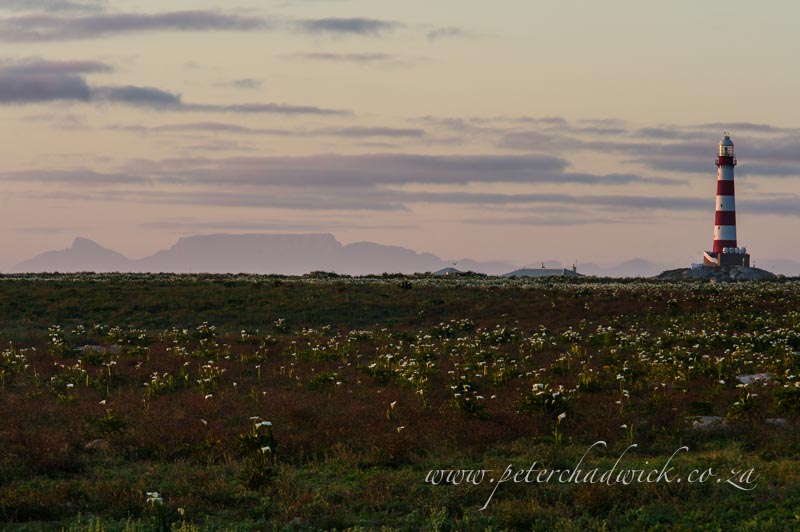 1 of 11. Dassen Island, with Table Mountain way in the distance, was once home to over one million breeding pairs of African Penguin - toady, there are only 3900 pairs!

Responding to the plight of the African Penguin as an endangered species, BirdLife South Africa, the only national, dedicated bird conservation non-governmental organization and member of BirdLife International, recently initiated the second phase of its African Penguin Satellite Tracking Project (APST Project), at Dassen Island, lying just off the west coast of Cape Town. 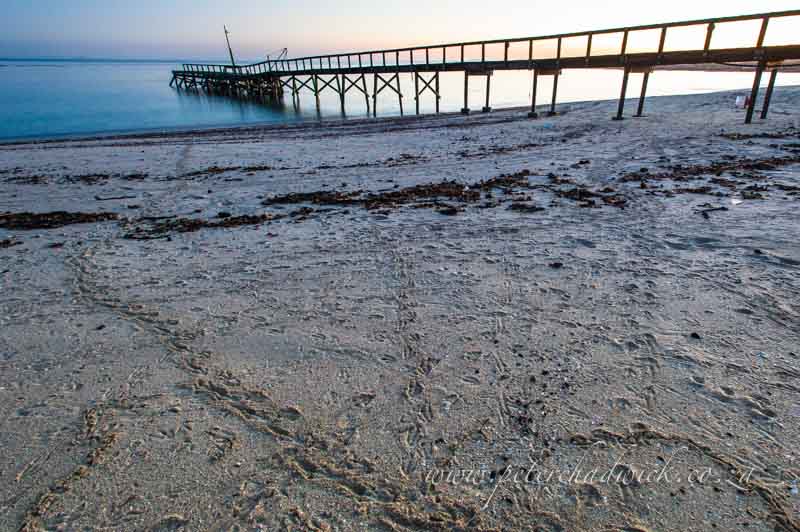 2 of 11. African Penguin tracks wander down the beachfront next to the landing jetty at Dassen Island. 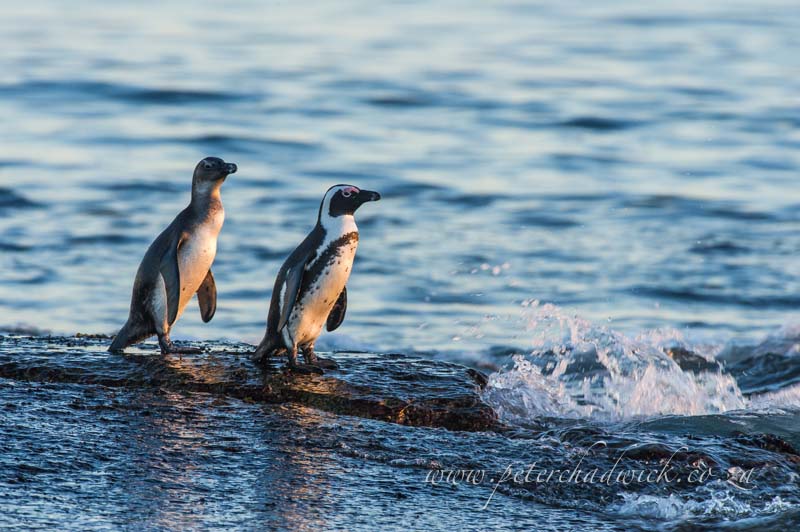 3 of 11. An adult and sub-adult African Penguin stand on the rocky shoreline of Dassen Island and prepare to head off to spend a day fishing at sea.

“The African Penguin is an indicator to marine ecosystem health and their decrease is a warning signal for the economy, quality of life, jobs and other social impacts" says Dr Ross Wanless, Seabird Division Manager, BirdLife South Africa, and the African Coordinator for the Global Seabird Programme. 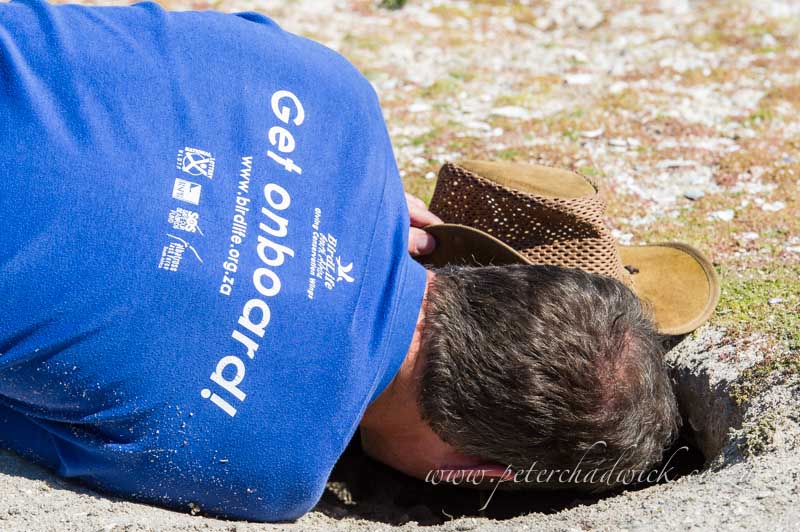 4 of 11. Dr Ross Wanless, the Seabird Division Manager and African Coordinator of the Global Seabird Programme, peers into the burrow of an African Penguin to determine if the bird is within.

Wanless adds, “our marine environment is under enormous pressure and the African Penguin's collapse is largely the result of human activities. In response to these issues, BirdLife South Africa has prioritised the APST research. The research involves using small Geographical Positioning System (GPS) devices attached to breeding penguins to investigate foraging ranges (where they look for food) and the constraints faced by penguins during breeding. They are similar to a car's GPS navigation system, but transmit positions to a network of satellites, which then transmit the positional information back to earth. These data are accessed daily, allowing the project team to track the birds' movements in real time. By knowing where the penguins go, the project team can determine if they are likely to come into competition for food with the sardine and anchovy fishery and if implementing special management areas around islands, or elsewhere, will aid in supporting marine ecosystem health.” 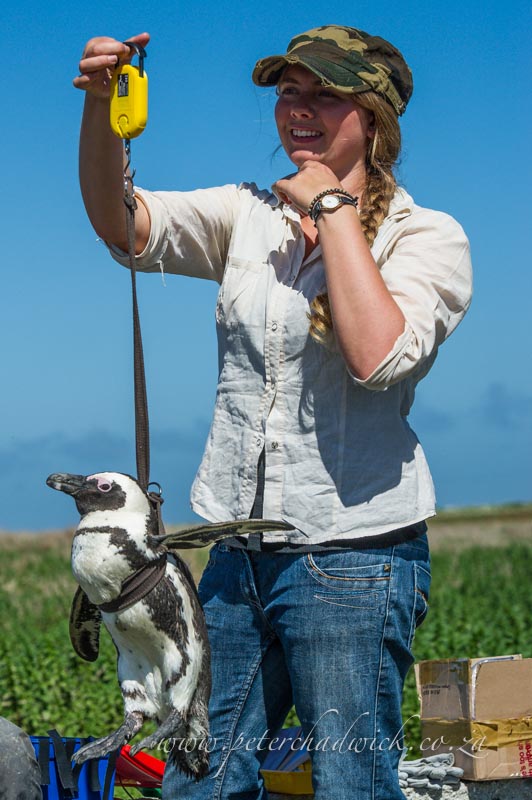 5 of 11. UCT Master's student Jenifer Roberts, carefully weighs the African Penguin prior to the placing of the satellite tracking device. 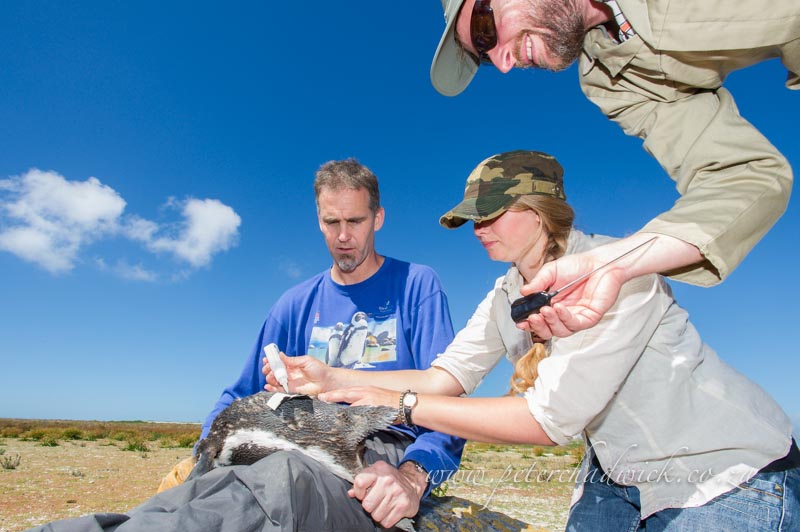 6 of 11. The satellite tracking device is carefully prepared for placing onto the African Penguins back.

In preparation for the upcoming Save our Seabirds (SOS) Festival that takes place every year during National Marine Week, BirdLife South Africa has developed a website to provide access to the real-time movements of the penguins for youth and those interested in learning more about this amazing seabird. BirdLife South Africa and GreenMatter will be developing a game, linked to the APST Project for high school and university students that will be launched at the upcoming SOS Festival. The game will provide experiential learning about a serious issue in a fun and interactive format, instilling environmental values in the next generation of leaders. 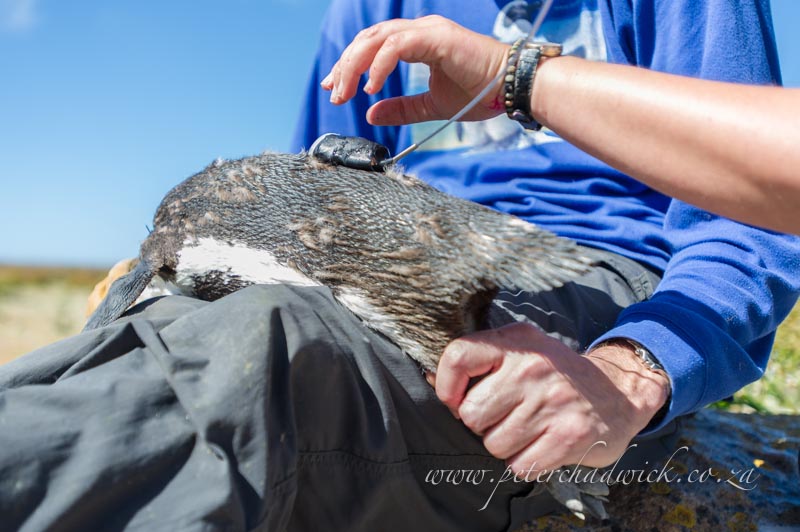 7 of 11. The satellite tracking device is placed onto the back of the African Penguins. 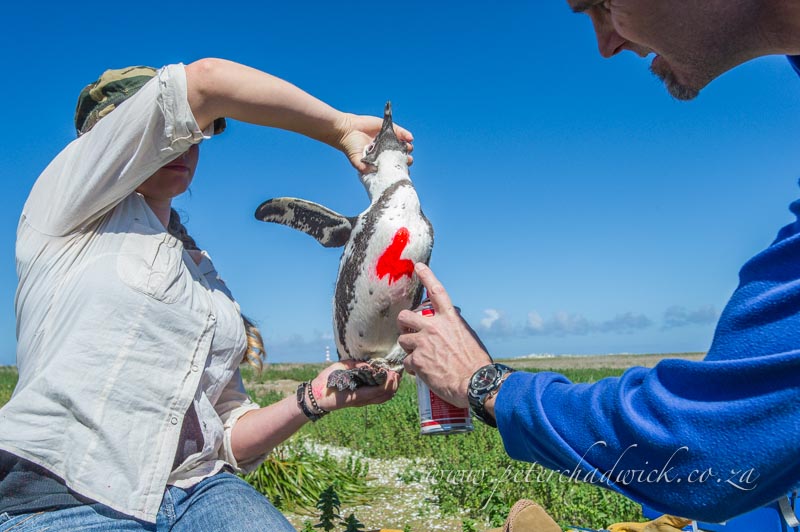 8 of 11. Prior to release, the African Penguin is marked with a red dye so as to ease identification. The dye will eventually fade away. 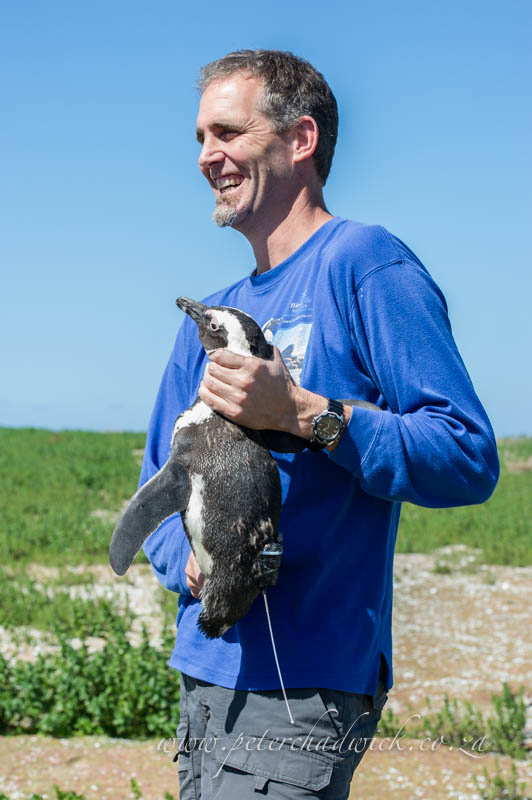 9 of 11. Dr Wanless, carefully holding the African Penguin recently fitted with its satellite tracking device on its back. 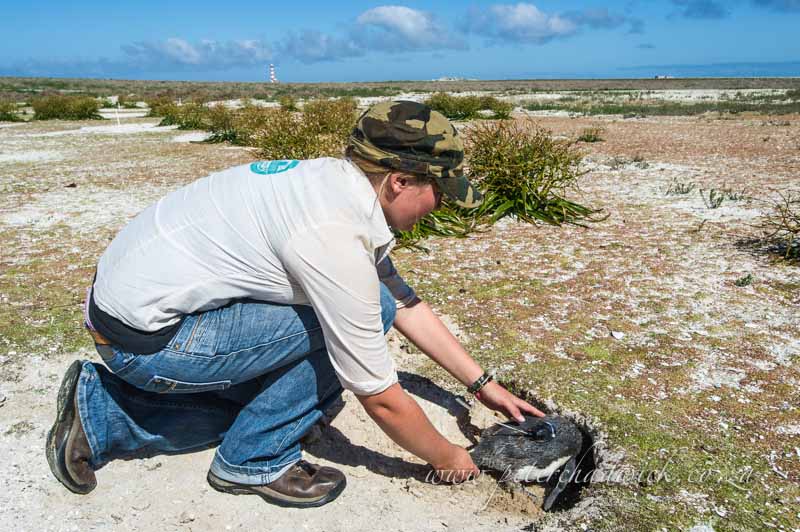 10 of 11. The African Penguin is placed back into its nesting burrow.

The penguin tracks can be viewed online at the BirdLife South Africa at SOS Festival website: www.sosfestival.co.za/penguin-tracking/ 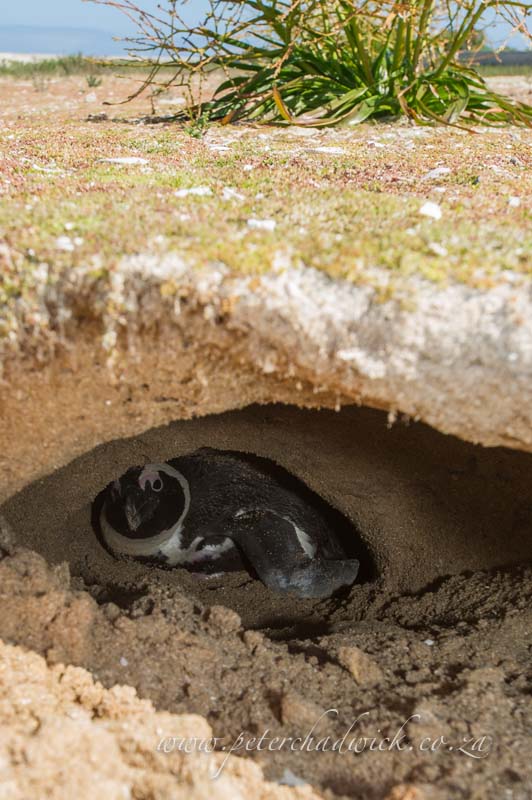 11 of 11. The satellite tracking fitted African Penguin safely back in the protection of its burrow.

Have you become a member of BirdLife South Africa yet?