Kenya Birding - The back roads from Nairobi, Amboseli, Tsavo and Malindi: Part 1 of 3: Hot 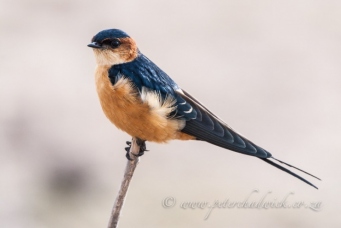 His trip started out in Nairobi and headed down to the Kenyan coastline, traveling through the Amboseli National Park, Tsavo and Malindi.

In this three part blog series, Peter shares some of his experiences and imagery from one of the top African birding and wildlife photodestinations.

The road out of Nairobi turns off towards Amboseli National Park at Athi River with bushveld vegetation soon becoming prominent and Superb Starlings started to appear, becoming a common sight throughout most of the trip.

White-Bellied Go-Away-Birds sat in the crowns of acacia trees and herds of Burchells Zebra and Thompson’s Gazelles wandered amongst the herds of domestic cattle and goats. 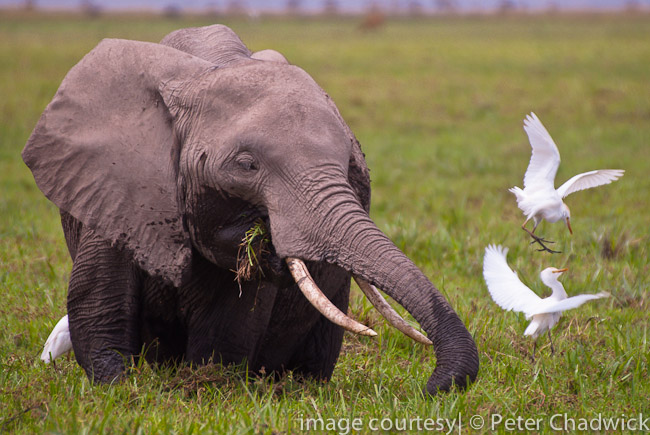 At the border with Tanzania the road to Amboseli veers off in an easterly direction and the rough dirt allows one to slow down to a good birdwatching speed.

Fischer’s Starling fed on the ground in flocks mixed together with White-Headed and Red-Billed Buffalo-Weavers while White-Browed Sparrow-Weaver nests adorned the large trees along the roadside.

Crested Francolin and Von Der Decken’s Hornbills pecked for insects amongst the piles of cattle dung while Cattle Egrets and Helmeted Guineafowl moved around at the feet of the cattle. 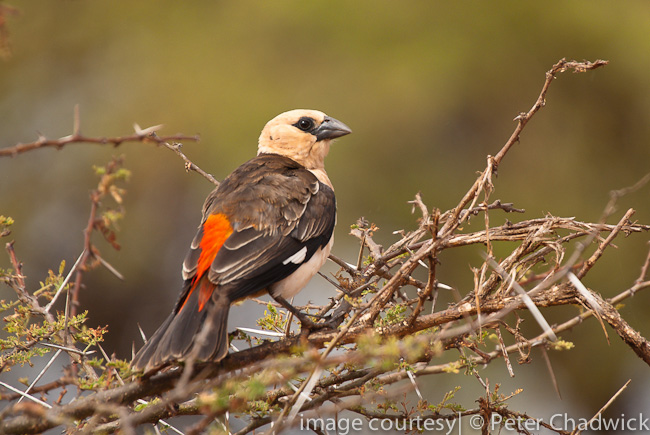 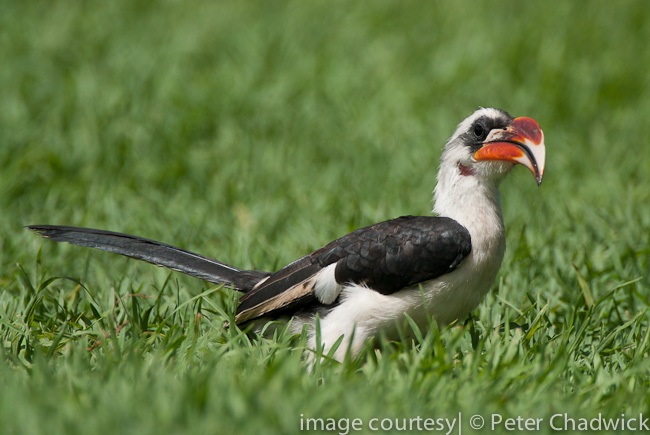 After about 75km’s the entrance to Amboseli National Park is reached where friendly and efficient Kenyan Wildlife Services staff great you.

My trip was during the dry season and the large seasonal Amboseli Lake was just a large dusty plain filled with herds of Blue Wildebeest and Burchells Zebra walking across the dry lake in long lines, with plumes of dust rising up behind them.

Herds of Elephant and Giraffe were easily seen from kilometers away in the vast openness. 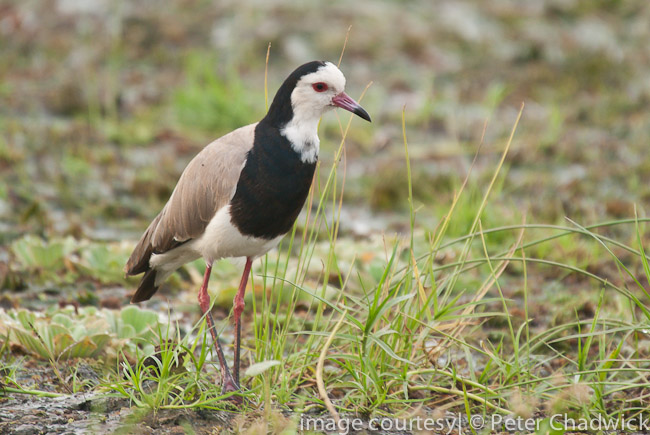 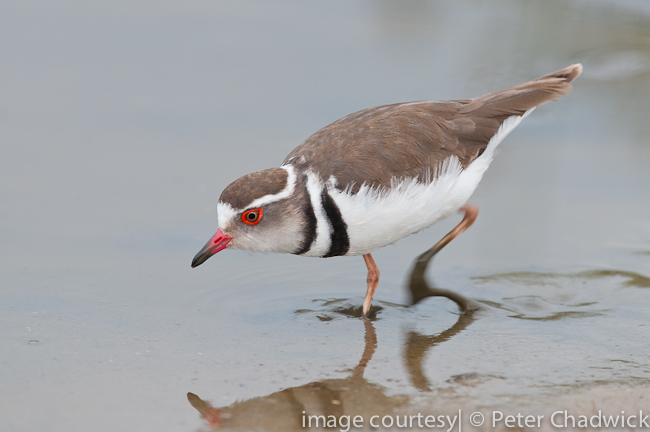 On the edges of the open water Grey Crowned Crane, Yellow-Billed Stork, African Spoonbill, Sacred Ibis, Goliath Heron and Great White Egret occurred in abundance. White-Winged Tern fluttered above the swamp and Collared Pratincole wheeled in the skies above. 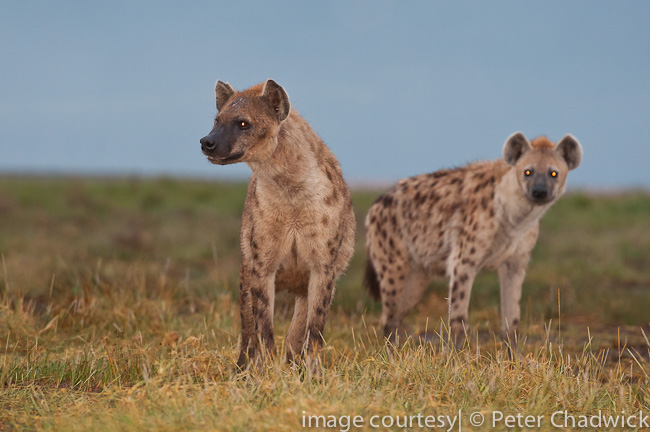 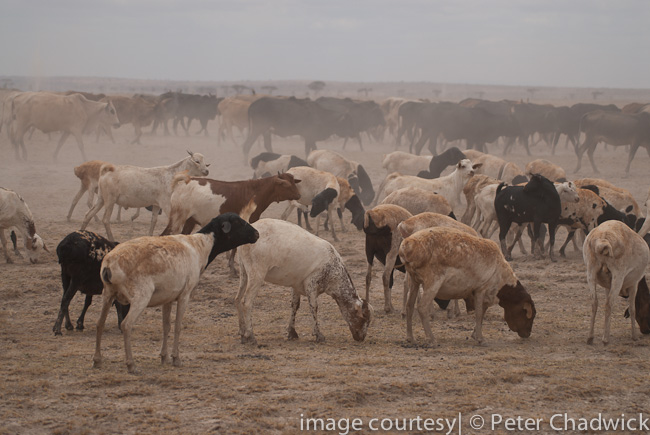 Further along, an African Fish Eagle swooped down onto a small flock of Egyptian Geese who scattered in panic as the eagle landed on the swamp.

Kittlitz’s Plover, Three-Banded Plover, Crowned and Blacksmith Lapwing were all breeding, with their well camouflaged nests and eggs being constantly in danger of being trampled by the herds of buffalo feeding in the swamp.

A clan of Spotted Hyena had dragged a very rotten carcass out of the swamp and were chasing and tackling one another gleefully. 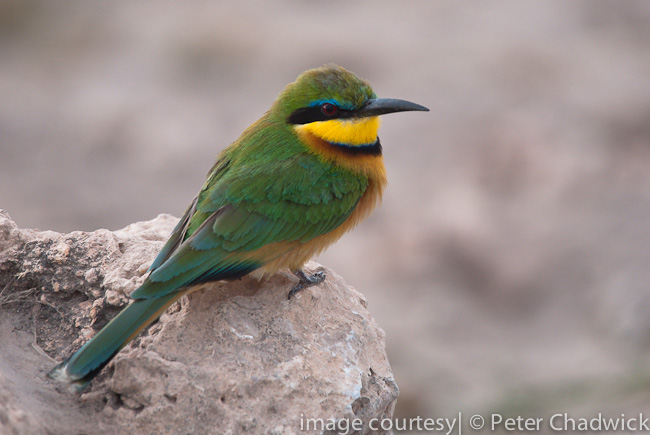 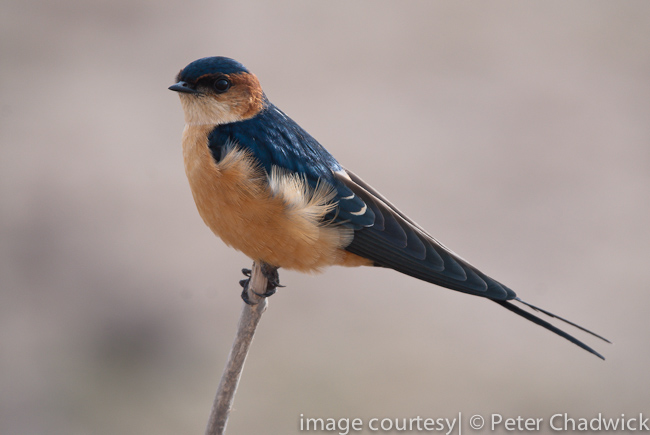 As the heat of the day intensified, Masai herders brought their cattle, sheep and goats to the water to drink. Little Bee-Eater launched aerial attacks against flying insects and both Wire-Tailed and Red-Rumped Swallows were busy with nest building in the culverts built into the road.

African Pipits bathed in the shallows and then sat flicking their wings to try and cool themselves off as Fischer’s Sparrowlark sat panting on top of small rocks to try and increase air flow over their small bodies and Double-Banded Courser stood below scantly vegetated shrubs.

As the heat reached its hottest, the sky overhead filled with circling vultures and soon scores of Ruppell’s, Lappet-Faced and White-Backed Vultures were descending to bathe in the shallows after which they sat in parliamentary like gatherings sunning themselves with open wings. 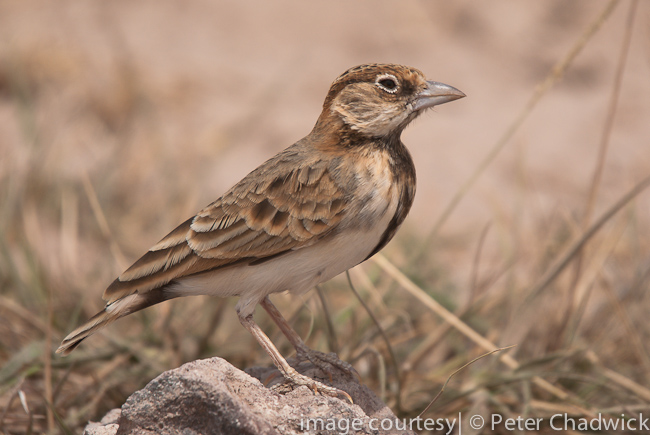 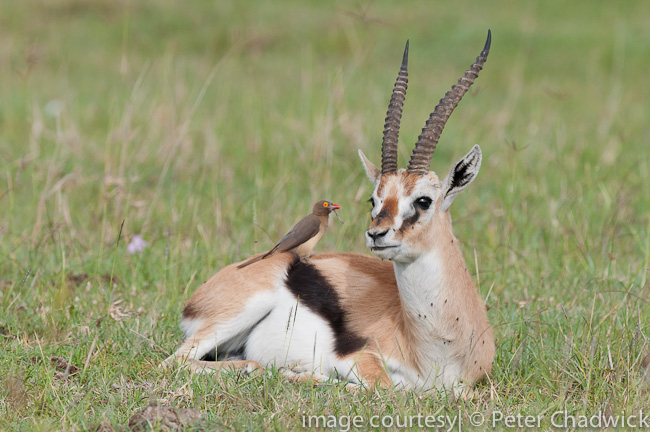 As an initiation to Kenyan birding Amboseli National Park had certainly set a good taste of things to come.