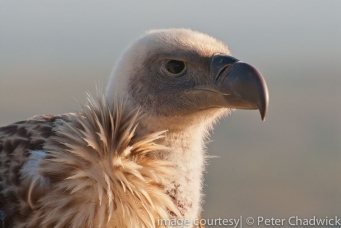 The only remaining colony of Cape Griffon Vultures in the Western Cape is situated in the Potberg Mountain of De Hoop Nature Reserve and I had the privilege of spending many hours watching the magnificent birds when I was still the reserve manager.

The colony roosts and nests in a deeply incised gorge and have consistently climbed back from an all time low of around 30 birds in the 1970s up to between 150 – 175 birds at present. They share their cliffs with Peregrine Falcon, Verreaux’s Eagle, Jackal Buzzard and Rock Kestrel, while close by Black Harrier also nest on the fynbos flats and Martial Eagles make regular over-flights. With the air force base nearby, the area around the colony is a no-fly zone, which protects them from the disturbance of the noisy aircraft.

What makes this colony really interesting is that the birds have given up scavenging on natural prey such as the Eland and Bontebok which occur in good numbers in the nature reserve below and they have chosen instead to feed on the carcasses of livestock. With the Overberg being a sheep and dairy farming area this fortunately means that there is a regular supply of food for the vultures and happily the farmers in the area are very positive and proud of “their” vultures. 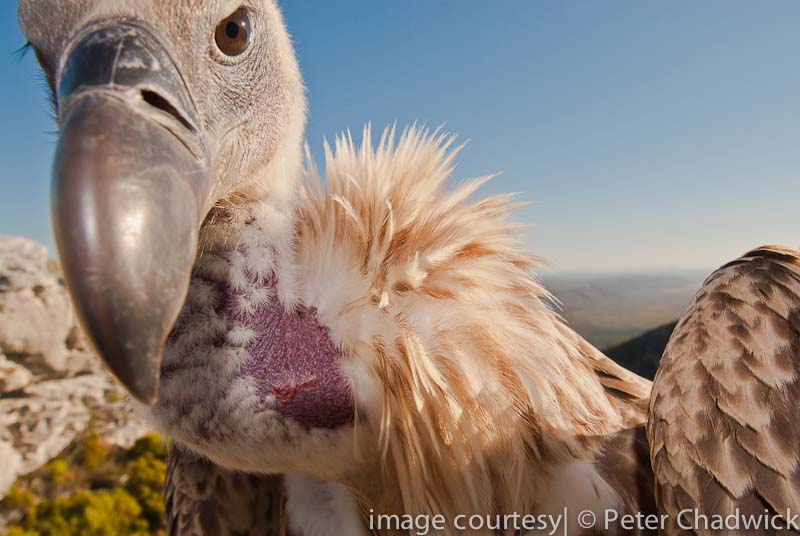 1. Portrait of a Cape Vulture 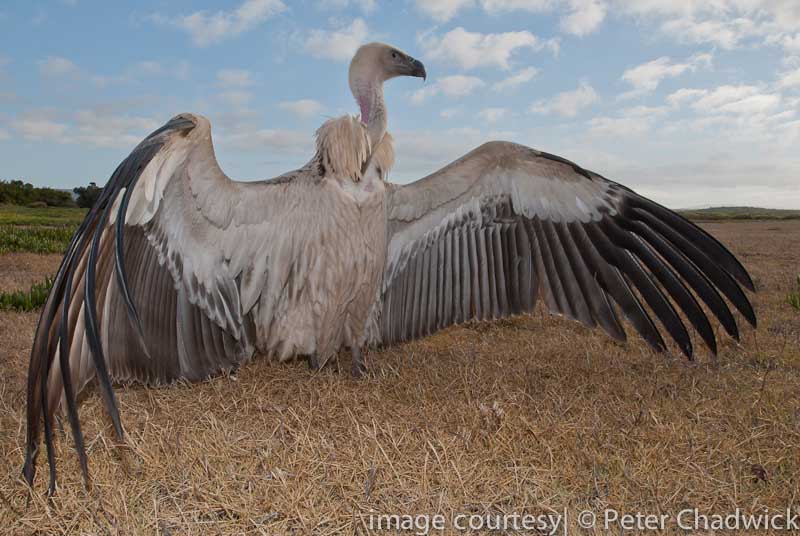 2. Cape Vulture sunning its wings prior to taking to flight again

In fact, without the help of the farmers and the community, the vultures would probably have died out some time ago. A couple of the farmers have taken to creating vulture restaurants where the carcasses of livestock are taken to a safe location and where the birds can come down to feed without being disturbed. The farmers are also very watchful for any sick vultures and when one is found the bird is collected and taken through to the Bredasdorp vet  clinic. The vets treat the sick birds at no cost and allow them to recover in a specially built and closed off cage at the back of the clinic. As soon as the vultures are well enough they are returned to the colony and released. 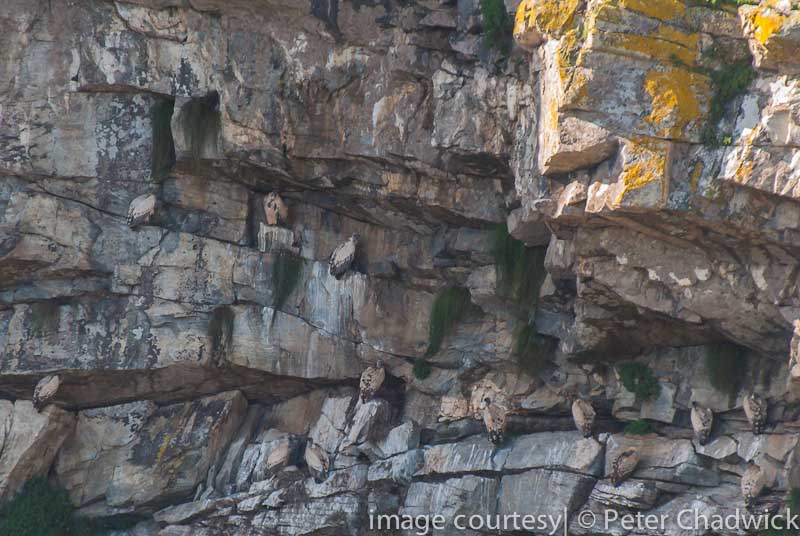 3. The steep cliffs on Potberg Mountain provide suitable roosting and nesting space for the Cape Vultures. 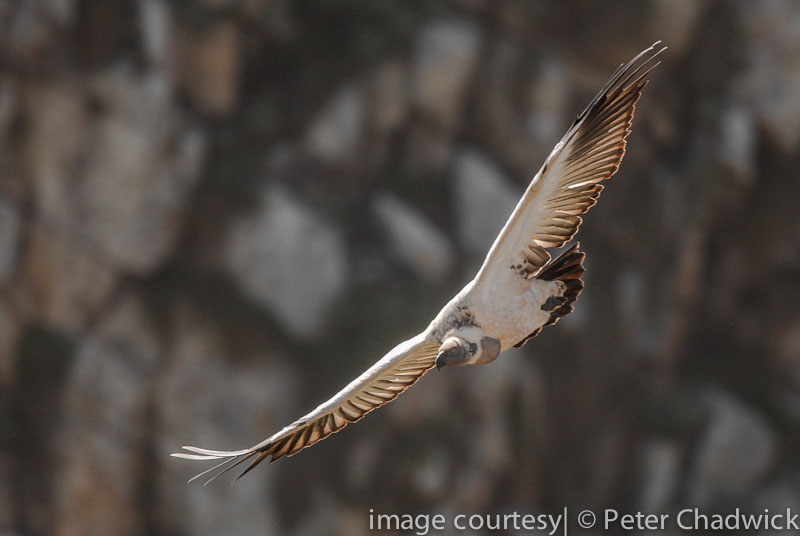 4. A Cape Vulture soars effortlessly in the Potberg gorge as evening light touches the tips of its wings 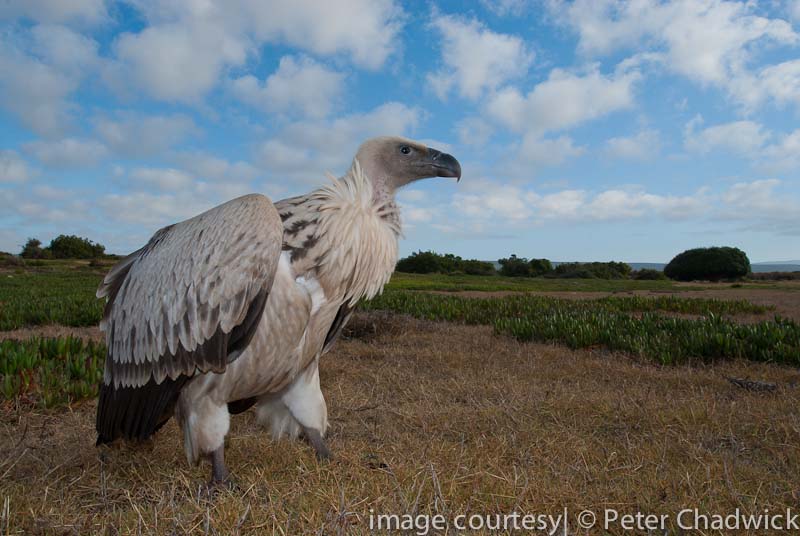 5. An adult Cape Vulture stands on open ground which makes it easier for a running taking off.

Each year, at the end of the breeding season, when the young vulture chicks are large enough, a group of volunteer mountaineers struggle through the rough fynbos vegetation with all their heavy gear to abseil down the high cliffs. This is to ring and in some cases place clearly visible wing-tags on the young birds. Kevin Shaw from CapeNature also regularly monitors the colony on monthly counts and after a steep climb to the top of a ridge and suitable view point, he religiously plots the position of the birds as they come to roost in the evenings. For me, this is a good news story for conservation and clearly shows that communities neighboring protected areas can play a very positive role in the protection and conservation of endangered species if they are given the opportunity to be proud of their inputs. 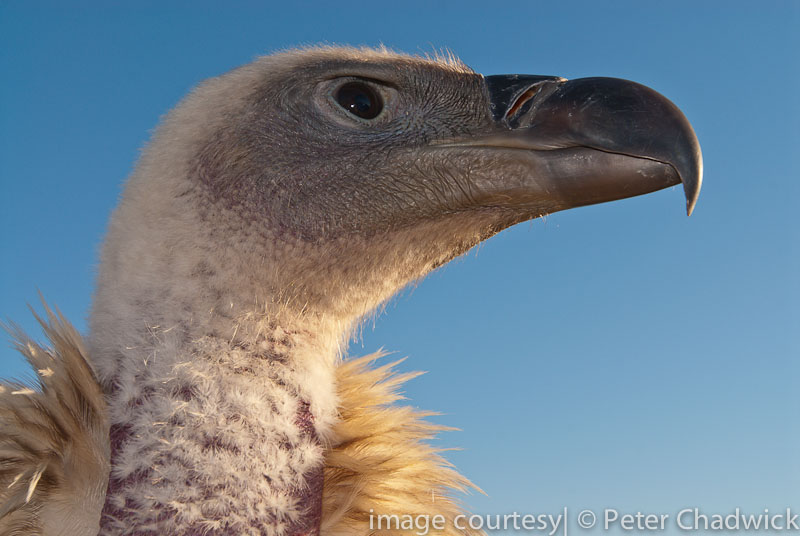 6. Vultures have extremely keen eyesight and are able to spot carcasses while flying extremely high in the sky and by also watching the responses of other vultures as they locate carcasses and drop down to feed. 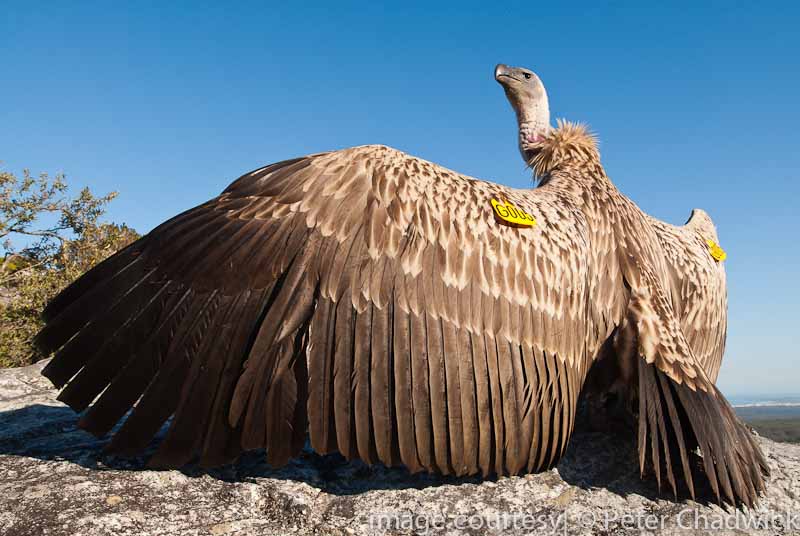 7. An immature Cape Vulture with a patagial wing tag that is individually numbered for easy recognition. 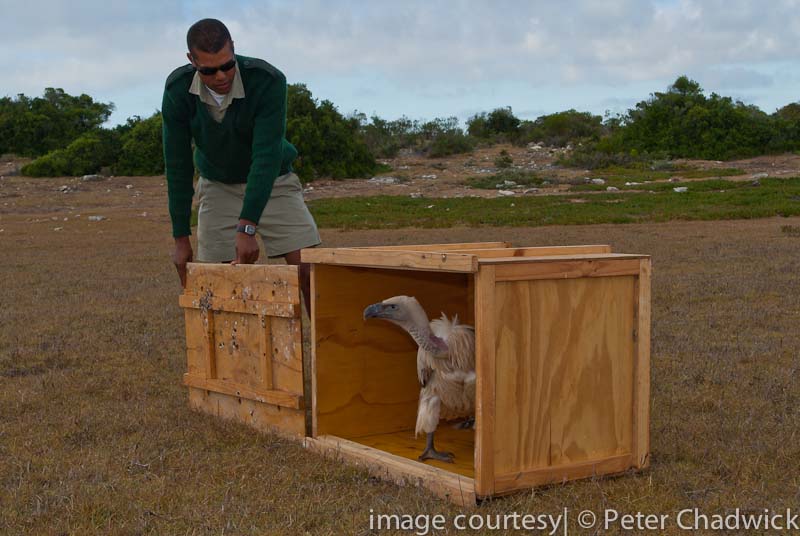 8. A Cape Vulture that recovered from food poisoning is released after medical care. 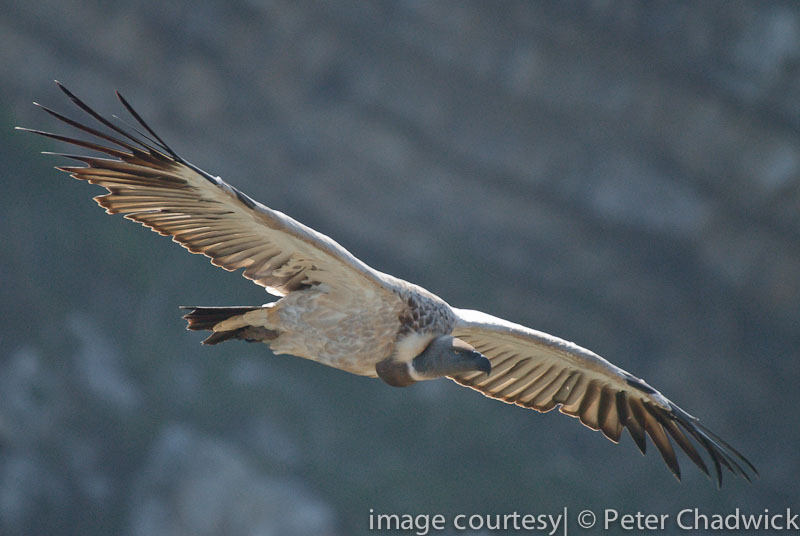