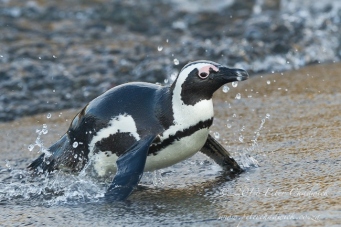 Algoa Bay is home to 45% of the worlds remaining African Penguin population and up to 68% of the worlds Cape Gannets with numbers rapidly decreasing in both populations. These figures really hit me hard as I joined the dedicated team of South African National Park rangers on their boat patrol of the bay. SANParks is looking at declaring sections of the bay as a marine protected area - if successful this will make the Addo Elephant National Park one of the most diverse protected areas in the world.

As birdwatchers we enjoy getting to exotic and interesting places that showcase the natural environment, but do we ever stop to think about how we could also make a contribution to ensuring the long-term sustainability and protection of these diminishing natural areas? This was brought home when I looked at the Cape Gannets diving into a dwindling bait ball of fish that had also attracted African Penguins, White-Chinned Petrels and Subantarctic Skuas together with scores of Common Dolphins and three massive Brydes Whales that all fed in a bubbling frenzy. The thought that these birds are heading to extinction due to over-exploitation of the oceans and other human induced influences got me to thinking that we really do need to raise our voices and support organizations such as Birdlife South Africa and SANParks in their efforts to conserve. For those of you who are not already members, I challenge you to become a member of Birdlife South Africa and join the plight to save the African Penguin and Cape Gannet. 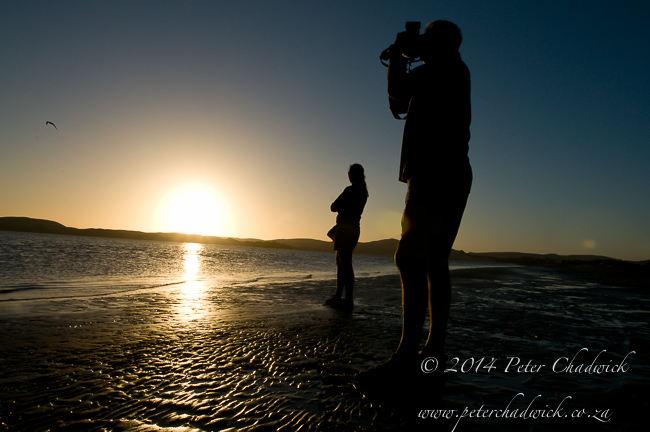 1 of 12. Birdwatching on the Sundays River Estuary.

I had arrived in the area the previous day and was fortunate enough to stay close to the estuary of the Sundays River. On arrival, I was quick to get out and explore and was soon amongst the coastal thickets where Brunsvigia flowers dotted the landscape and Citrus Swallowtail butterflies and Flightless Dung Beetles ensured that I did not overlook the smaller life forms. The thickets were alive with Southern Tchagra, Olive Thrush, Bar-Throated Apalis, Amethyst and Greater Double-Collared Sunbird, Fiscal Flycatchers, Sombre Greenbuls and Boubou. As the afternoon shadows lengthened, I headed down to the estuary and was amazed at the richness of birdlife that presented itself on the low tide. Flocks of waders comprising Terek Sandpiper, Redshank, Curlew Sandpiper, Little Stint, Sanderling, Greenshank, Marsh Sandpiper, Ruff, Grey and Ringed Plovers and Whimbrel ran around constantly feeding in the invertebrate rich mudflats. Little Terns patrolled up and down the estuary and made occasional plunges into the water after small food items. The awesomeness of this scene was briefly disturbed as a large bushbuck male ran across the sand dunes and plunged into the river only to swim across it and disappear into the thicket vegetation on the other side. As the sun sank over the horizon Vervet Monkeys chattered at some unseen predator and a Bokmakerie called repeatedly from a prominent perch.

Very early the next morning I joined the SANParks rangers in the pre-dawn light as we launched the patrol boat from Port Elizabeth harbor to head out to Bird Island which lay a good 70 to 80kms across the bay. Cutting across the swells we were soon regularly seeing the gannets, penguins and other birds mentioned above, but also had great sightings of Long-Tailed Jaeger, Sooty Shearwater, Wilson’s Storm-Petrels, Sandwich Terns and Cape Cormorants as well as a pair of elegant Rosette Terns for which the bay is well known. As we neared Black Rock the smell of the seal colony hit us through the sea mist that had formed and before long we were watching Cape Fur Seal pups frolicking in the shallows while the adults lazed around on the rocky outcrop. Ruddy Turnstones wandered close to the water line, dodging the seals and occasional pairs of African Black Oystercatcher flew in the skies above while uttering their characteristic call. A short run later, we were jumping across from the boat and onto the jetty at Bird Island that unfortunately, for conservation purposes, is not at this stage open to the public. It was an incredible sight to soon be walking near the nesting African Penguins and the Cape Gannet breeding colony. Large numbers of young gannets were close to fledging and were energetically flapping their wings in preparation for their big day when they would take to flight and leave the island. Climbing up the tower of the lighthouse that was built in 1852, it gave a good impression of the extent of the island and how the gannets evenly placed their nests. The trip back from the Island took us close inshore past the forests of Woody Cape and the stunningly impressive and largest dune fields in South Africa. The bay at this stage was dead calm and large rafts of cormorants and gannets roosted on the sea while a constant flow of Common, Arctic, Swift and Caspian Terns passed us as they hunted for food behind the breaker line. Occasional Hammerhead Sharks cut the surface with just their fins and if we approached too close they quickly shot off into the depths. Passing St-Croix Island, where the majority of the penguins breed, I was struck by how close the nearby developments within the Couga Harbor were and again worried what the negative impacts of the shipping would be on the birds. 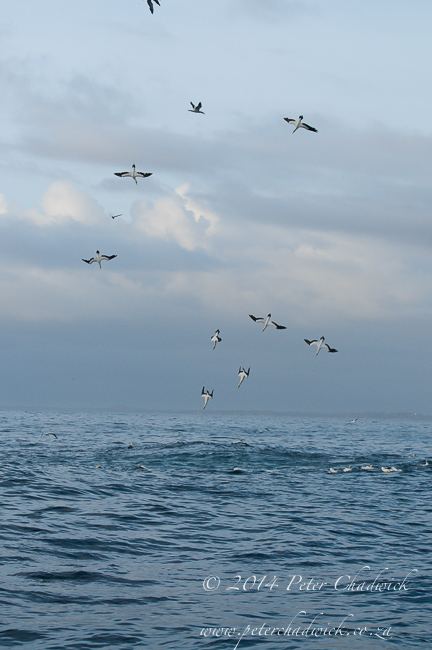 From the harbor, I then headed to overnight at Woody Cape and stayed at the Langebos hiking huts which were tucked deep into the forest. A Chorister Robin-Chat was hopping around on the forest floor as I arrived and above flocks of African Olive-Pigeon fed on ripening fruits. Wandering up the forest trail Knysna Turaco, Knysna Woodpecker, Trumpeter Hornbill, Olive Woodpecker, Black-Headed Oriole, Emerald-Spotted Wood-Dove, Dark-Backed Weaver, Spectacled Weaver and Cape Batis were soon ticked off.  Signs of Bushpig, Grey Duiker and Bushbuck were everywhere and chattering monkeys alerted me to the forest edge where a magnificent Crowned Eagle sat perched in the canopy. On this fringe between forest and grassland Lesser-Striped Swallow, Black Saw-Wing, Barn Swallow and White-Throated Swallow swooped for insects as Swee Waxbill fed amongst the long grasses. That night as I drifted off to sleep calls of African Wood Owls echoed through the forest.

Never one to sit still for long, I was up early the next morning to join scientists from the South African Institute for Aquatic Biodiversity on a river boat to investigate the setting up of a research and awareness raising project along the Sundays River. We all departed upstream and while we discussed the merits of the project, I was constantly scanning for interesting birding opportunities. Purple, Grey and Black-Headed Herons were soon surpassed in the interest stakes when a Goliath Heron showed itself. Malachite, Pied and Giant Kingfishers occurred at regular intervals and in the river banks flocks of White-Throated Bee-Eaters were breeding with some of the holes also being filled by dozing water monitor lizards that flopped nosily into the river as we passed them. From the reed-beds Lesser Swamp-Warbler, African Black Crake, Common Moorhen and African Purple Swamphen all called as Southern Red-Bishops and Village Weavers built their nests in the reeds. Higher up the river a pair of African Fish Eagles made repeated swoops over the water after the numerous Fresh Water Mullet. 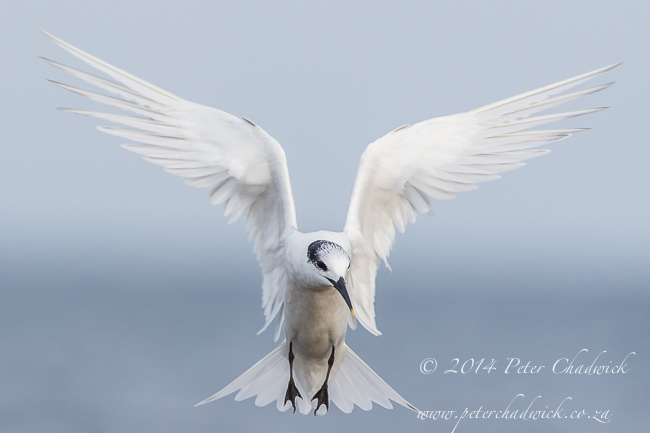 From this short trip I was amazed at the diversity of the area and also saddened by the risks that these eco-systems are facing and committed myself then and there that I would do my utmost to raise the profile and importance of this very special space in South Africa. 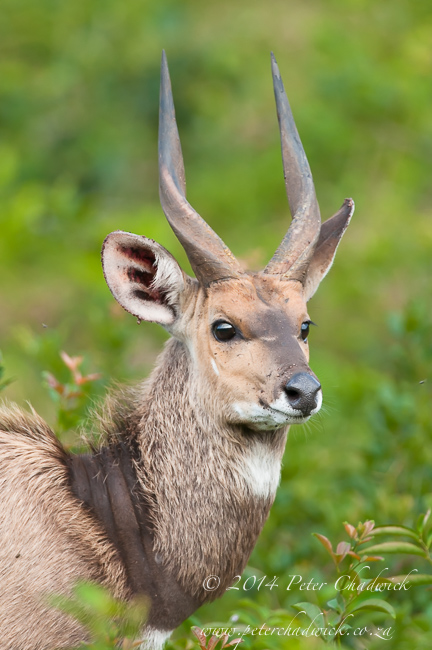 Season and weather: The Sundays River and Woody Cape lies in a malaria free area with unpredictable but largely summer rainfall, where temperatures can reach within the 30 degrees. Winters are mild and temperatures seldom drop below double digits. Be well prepared at all times and carry liquids, sunscreen, a hat and warm clothing. 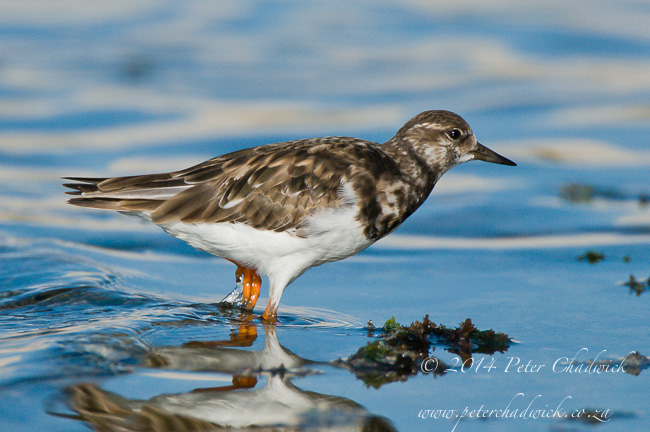 Habitats: Algoa Bay provides excellent marine and coastal environments with massive coastal dunes and coastal dune forests at Woody Cape. Near the estuary, the Sundays River is bordered with coastal thickets, whilst higher up its reaches valley thicket extends to the river banks. 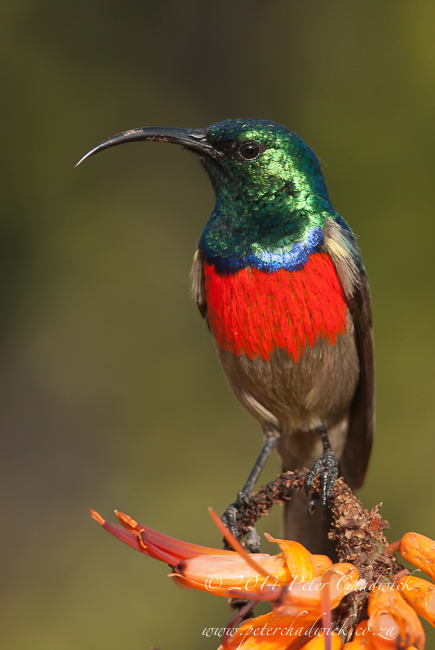 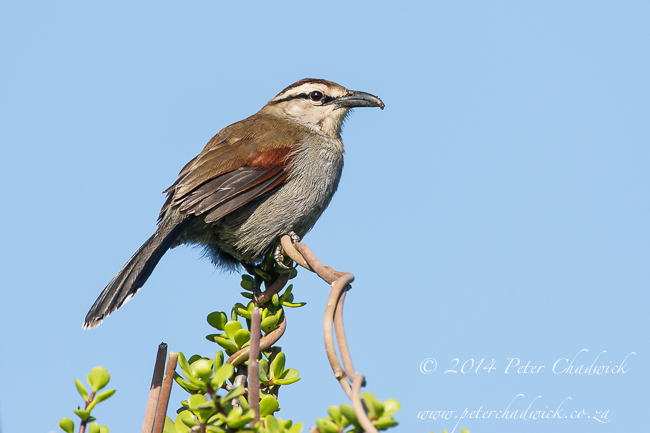 Getting There: The Sundays River can be reached through the town of Colchester which lies off the N2, which lies approximately 40 km’s east of Port Elizabeth. From Colchester continue eastwards on the N2 until the R72. Follow the R72 until the small town of Alexandra. Woody Cape is well signposted from this point. 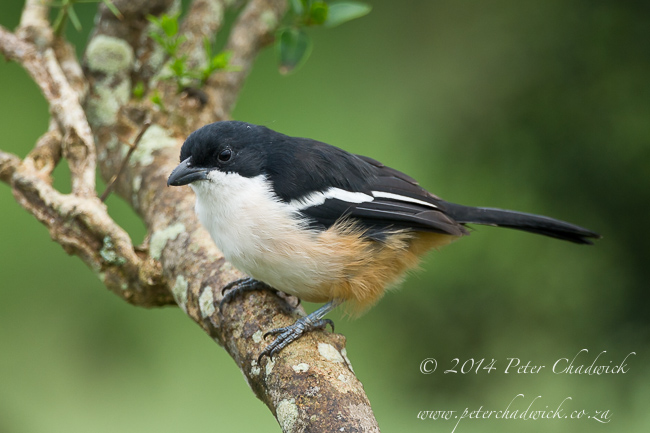