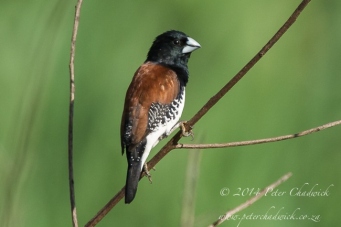 Too often we set off into the distance without realising that on our doorstep lie some fantastic birding destinations. One of my favourites is the KwaZulu Natal Botanical Gardens that are in the heart of Pietermaritzburg and from where rushing cars, trains and other city sounds may well be heard but within the gardens is an amazing array of biodiversity that will keep you occupied for hours on end.

Rock Doves and Indian Mynahs wander between the feet of the street cleaners and dodged the early morning traffic in the city centre while newspaper venders wave the latest news of the fuel increase in the faces of families set to begin enjoying the weekend. Let’s face it with the continually spiralling costs of living and having to consider our carbon footprint, dashing off into the country every weekend has to be carefully thought about these days. Yet, this is what makes birding such a great past time, as it can be undertaken virtually everywhere. 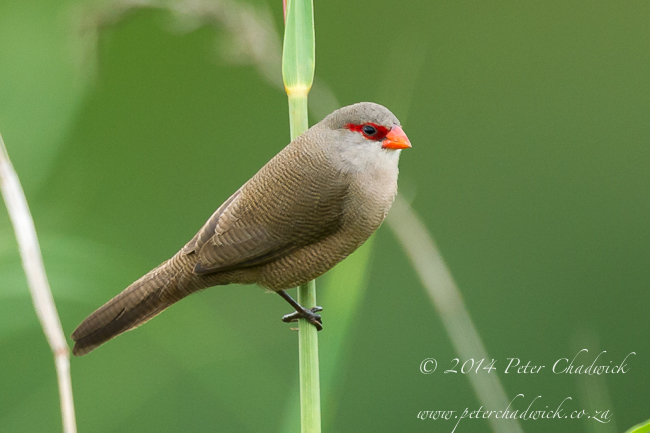 On my most recent visit, mothers with their small children were setting up picnic blankets on the lawn in preparation for a little boy’s birthday party. All this activity failed to worry the resident Hadedahs that continued to probe their long curved bills into the lawns for tasty morsels. As I wandered down the long row of plain trees that had been originally planted in 1908, Black-Headed Orioles and Red-Eyed Doves called from the tree tops as Fork-Tailed Drongos scolded similar looking Southern Black Flycatchers for flying into their feeding space. 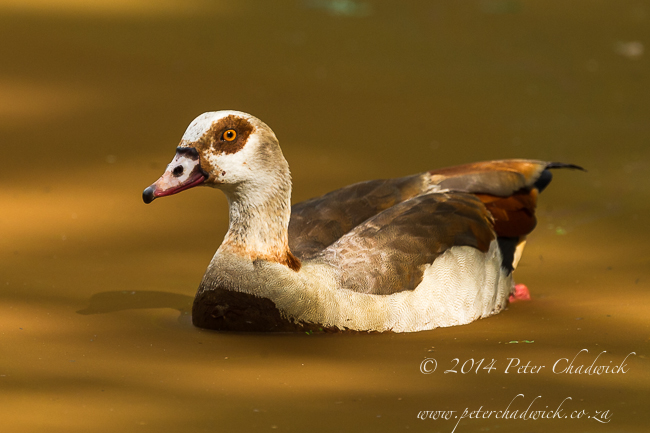 Small Swee Waxbills tugged and pulled at seed laden grass heads alongside flocks of Common Waxbill while a family of Cape White-Eyes probed for nectar in one of the flowering trees above the waxbills. In the thick undergrowth and amongst the leaf litter Cape Robin Chats and Red-Capped Robin Chats alternatively sang or searched for insects, actively tossing the dry leaves into the air to reach the sought after prey that lay underneath the decaying vegetation. 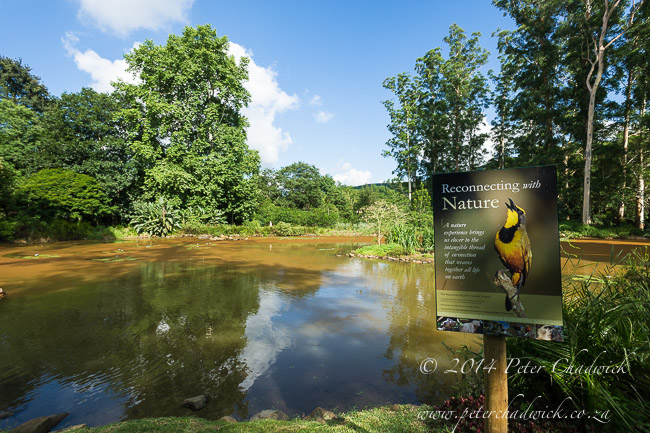 3 of 8: Wetlands well situated in the center of the Botanical Garden.

My favourite spot in the gardens is at the well-established wetland where a small stream feeds it and which alternates in depth with beds of reeds and sedges within and patches of open grass and dense woodland on its banks.  This attracts a vast array of butterflies and dragonflies in many colours and sizes and the vegetation is adorned with spider webs. Bronze and Red-Backed Mannikins regularly come down to drink in small flocks and clamber down to the water along dry tangles of bushes that provide some form of protection from every watchful predators. Black Sparrowhawk and African Goshawk hide in the woodland and I have watched them make repeated swoops at the drinking birds. Other regular visitors to the wetland are Grey Heron that stand motionless for long periods of time in patient wait of passing food. On several occasions, I have watched Wooly-Necked Stork catching frogs, which are then thoroughly tenderised through repeated beatings before being swallowed headfirst. In the reeds and sedges, Thick-Billed Weaver, Southern Masked Weaver and Southern Red Bishops make their nests in spring and summer. Malachite Kingfishers dart between waving reed stems from where they hunt for small fish and Lesser-Swamp Warbler call repeatedly being viewed with patience in the openings together with Tawny-Flanked Prinia pairs. Common Moorhen and African Black Duck feed in the open water and on an annual basis I have watched the moorhen raise broods of youngsters. 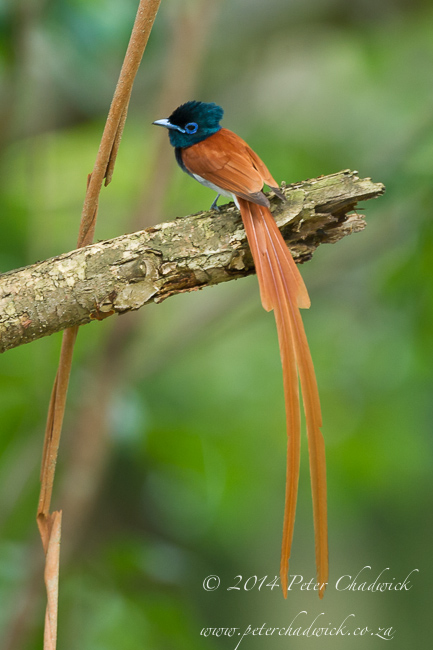 On the back of this wetland is dense woodland that climbs the slope to patches of open grassland. I had hardly wandered a few meters before I found my first birding party with Cardinal Woodpecker, Golden-Tailed Woodpecker, Spectacled Weaver, Cape Batis, Crombec, Black Cuckoo-Shrike, Black-Backed Puffback and Brubru all moving together amongst the branches and leaves. In the depths of the woodland, I heard the calls of Red-Chested Cuckoo, Grey-Headed Bush-Shrike, Purple-Crested Turaco and African Olive Pigeons. A Spotted Flycatcher pair had three young which had obviously only recently left the nest as they were still trying to gain the art of flight, clumsily crash landing on branches and on the ground and much to the concern of the encouraging adults. Yellow-Breasted Apalis, Orange-Breasted Bush-Shrike, Amethyst Sunbird and African Paradise Flycatcher were all seen in the crowns of the trees and the repeated calls of Red-Fronted Tinker Barbet had me craning my neck skywards for several minutes to try and locate these small ventriloquists. This woodland is also excellent for insects and butterflies from the large Swallowtails through to the Charaxes and praying mantids and garden locusts. In amongst the damp leaf litter, whip scorpions, millipedes and carnivorous snails can also be found. 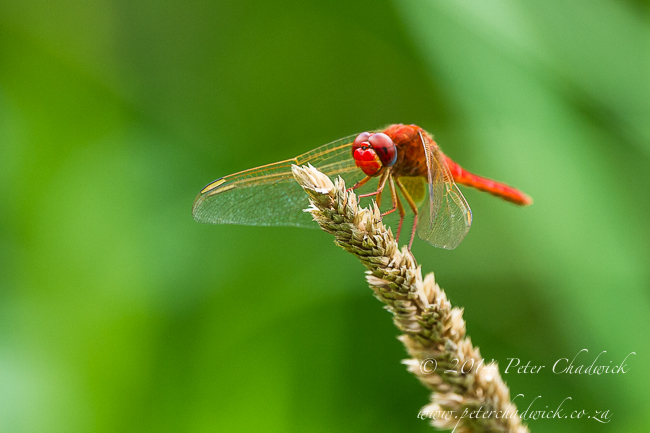 Reaching the crown of the Gardens, I had brief glimpses of Ayres Cisticola, Neddicky and Red-Collared Widowbirds but the highlight was a Dark-Capped Yellow Warbler that was in amongst a patch of rank grassland. A Brown-Hooded Kingfisher sat amongst the shadows of a tree where it had good views of the open area while still being protected with cover from the woodland.  Dark-Capped Bulbuls and Black-Collared Barbets flew over my head between patches of woodland to join Sombre Greenbuls and Speckled Mousebirds that were feeding on the ripened fruit of a fig tree. Collared Sunbirds and Greater Double-Collared Sunbirds fed on small insects and the nectar from the flowers of the same tree. 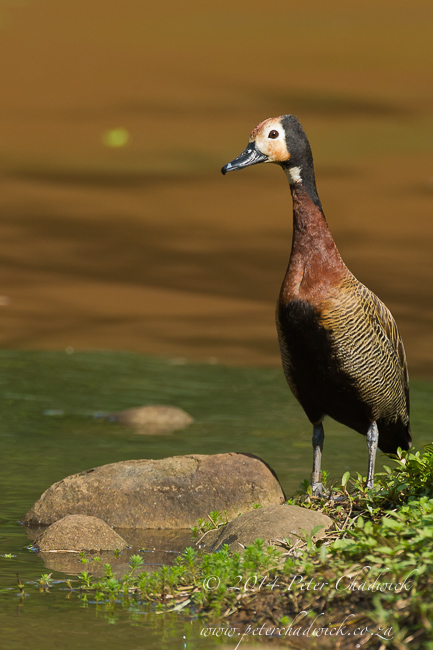 Winding my way downwards again, Pied Crows flew overhead together with a pair of Yellow-Billed Kites that turned and swooped sharply to land briefly in the tree tops before taking off again to hunt elsewhere. This spooked a Steppe Buzzard that I had not yet seen and who joined the kites flying off into the distance. At the large stand of gum trees, I found the resident African Harrier-Hawk pair flapping between trees and occasionally probing their double-jointed legs into nooks and crannies to pull out roosting bats. 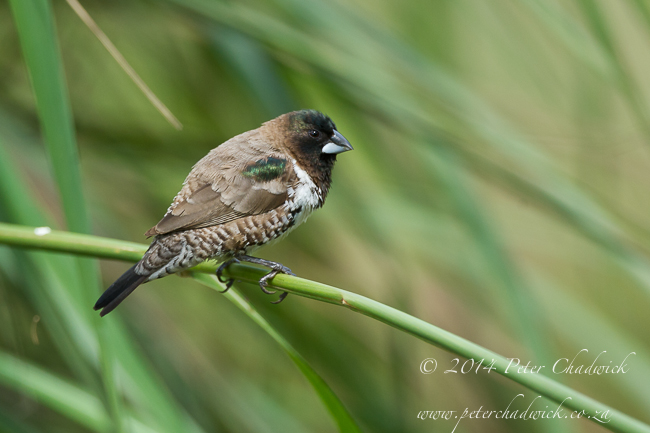 With the temperature warming, I headed off to find a cooling drink and found the new dam that has been built near the centre of the gardens. This has a small island in the centre and nesting Southern Masked Weavers have already colonised this with the males constantly displaying with flapping wings and harsh sounding singing to passing females. All this activity was an obvious attraction to both Dideric’s and Klaas’s Cuckoos that watched from surrounding trees. White-Faced Whistling Ducks and a pair of Hammerkop lazed in the heat, standing occasionally to preen a feather or two that had slipped out of place. On the edges a lone Little Egret stood on one leg gazing at the water in the hope of seeing an easy meal and surrounded by sunning terrapins. All of this activity had taken place in the timeframe of only a few hours and as I left the gardens, the lawns previously occupied by the Hadedahs were now busy with small children playing and chasing each other with lots of laughter and giggles. The Hadedahs had wisely retired to roost in the large boughs of the century old plain trees that had been planted to mark the opening of this richly bio-diverse garden.

Season and weather: Summers can be extremely hot and humid in the Pietermaritzburg valley, with late afternoon rain and thundershowers occurring. Winters are generally mild.

Habitats: The gardens provide a variety of habitats and indigenous vegetation cleverly planted in gardens that are scattered throughout. The higher sections contain patches of grassland and thick woodlands. There is a network of wetlands, dams and streams that add to attracting numerous bird and insect species.

Other Activities: Picnicking, walking, flower and tree identification and the gardens boast a huge diversity of insects and spiders.

Getting There: The Gardens lie in the suburbs of Pietermaritzburg with access being via Mayors Walk road. Access is well sign-posted