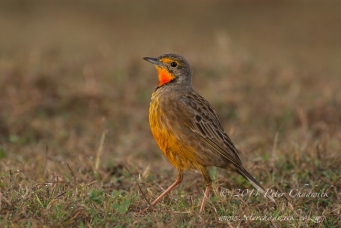 Just off the western side of the busy N3 highway that links Gauteng with Durban, lies the towering mountains of the Drakensberg. This mountain range is one of my favourite birding destinations. Not only is this because of the many endemics found there but also because of the breath taking scenery, the incredible peace and most of all the ability to test oneself against the rugged terrain and wild weather that rolls rapidly across the peaks and valleys.

From Durban and Pietermaritzburg, the southern “Berg” is the most easily reached and I chose, on this occasion, to head to Lotheni Nature Reserve via the quaint town of Nottingham Road. Birding starts almost immediately and once through the town, rolling hills covered with fat and healthy cattle and shaggy horses meet the eye. As it was still early morning and the chill from the previous night still hung in the air, Cape Crows, White-Necked Ravens, Jackal Buzzard and Crowned Guineafowl huddled atop telephone poles with ruffled feathers. As I drove deeper into the hills, lakes with rank grasslands and reed beds became more common and at some of these both Grey Crowned Crane and occasional Blue Cranes were seen. A real highlight was a single Wattled Crane that stood resting with head tucked under its wing and slightly separated from three Grey Crowned Cranes. Little Grebe, Red-Knobbed Coot, Yellow-Billed Duck, Spurwinged Goose and Egyptian Goose were plentiful on the waters of these lakes and occasionally Cape Shoveller and Southern Pochard’s were also present. 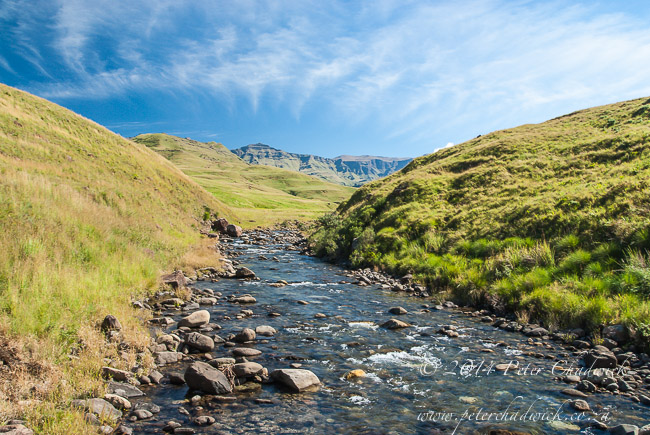 1 of 8: Lotheni River with the "Tent" peak in the background.

The tar road soon turned to dirt and although small cars can easily manoeuvre on this road it is wise to keep speed down through the numerous twists and turns. This slow driving is obviously highly conducive to good birding and I was soon adding Red-Necked Spurfowl, Bokmakierie, Common Waxbills and Yellow Bishop to my list. Passing through the various farms, it was very apparent that they were closely linked to the birds, as signage at the entrance to each farm showed the farms name together with a painting of one of the areas specials, such as the Lammergeier and Wattled Cranes. 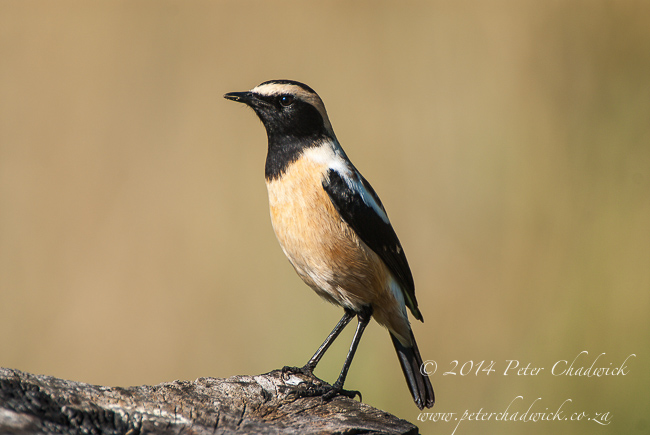 Turning off on the final stretch to Lotheni Nature Reserve, vast fields of pink and white cosmos covered the landscape. Children from the small Lotheni community were walking to school in long lines of laughter and happily waved as I drove past. Neat kraals and small households dotted the adjacent hills and the Lotheni river which flowed through the centre of this community was crystal clear, unpolluted and with numerous rapids and bubbling small waterfalls. 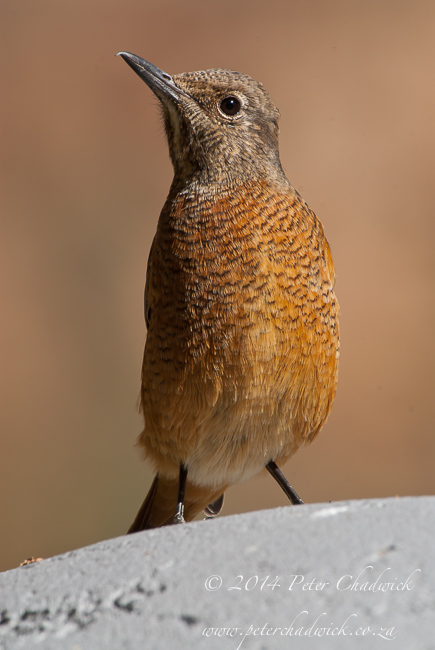 Passing through the reserve entrance, my first stop was a short distance up the road at the old museum and field ranger outpost near the stables. While wandering amongst the old buildings, the crisp fresh mountain air filled my lungs making me realise the difference in altitude from the coastline to which I am more used to. Black Saw-Wings, Greater-Striped Swallows and Red-Winged Starlings crossed the skies while Common Fiscal and Cape Weavers sat atop the various fence posts. A pair of Red-Throated Wryneck scratched amongst the leaf litter on the ground and a Fork-Tailed Drongo swept up insects behind the horses that had just returned from patrol and were still glistening with sweat. 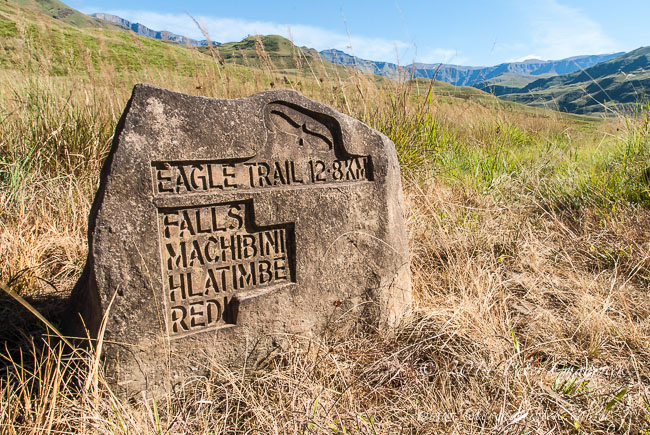 Jumping back in the car, I drove slowly towards the camp and at one point stopped to scan the swirling flocks of swifts that were wheeling and turning in the skies above. Alpine, Little, African Black, Common and White-Rumped Swift were all present. In the rank grasses nearby a Broad-Tailed Warbler briefly showed itself and a pair of Banded Martin sat preening on a swaying reed stem. At the camp itself, friendly Cape Wagtails wandered the lawns amongst the larger flocks of Pied Starling. A Cape Robin-Chat hopped from braai-grid to braai-grid picking off the left over morsels that had stuck to the grids from the previous evening’s cooking. A pair of Familiar Chat was also present and a female Cape Rock Thrush sat as overwatch atop one of the huts. 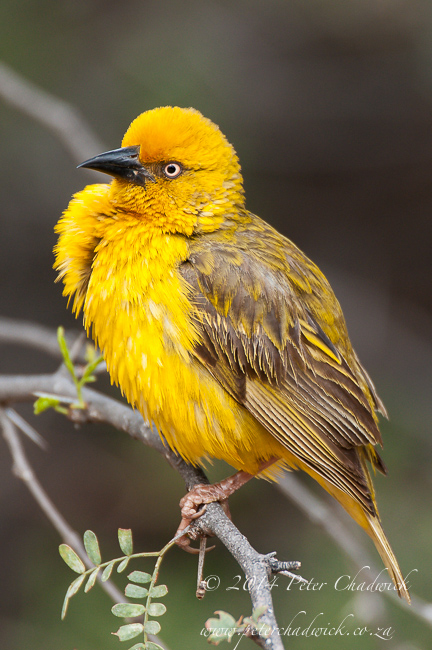 Further still into the mountains was the camping site and Simmes Cottage and at both these points I really felt that I was totally alone on the earth due to the total peace and tranquillity. At the campsite a very relaxed male Buff-Streaked Chat came to investigate me and sat on my open car door peering in on me as if to say “I wonder if he is an endemic or migrant from overseas?” The Black-Headed Heron that I was also watching on the edge of the camp site suddenly froze and looked skywards. It was only after I used my binoculars that I was able to make out the over-flying specks of Cape Vultures, together with a trailing Verreaux’s Eagle, making me realise just how sharp the heron’s eyesight actually was. At Simmes Cottage, there were signs on the ground of both otter and eland, while the nearby presence of a Reedbuck was given away when it flicked its ear in the long grass. Rock Martins swooped around the edges of the old cottage and Cape Longclaw, and African Stonechat were seen together with Mountain Pipit and Cinnamon-Breasted Bunting near the edges of the small dam. 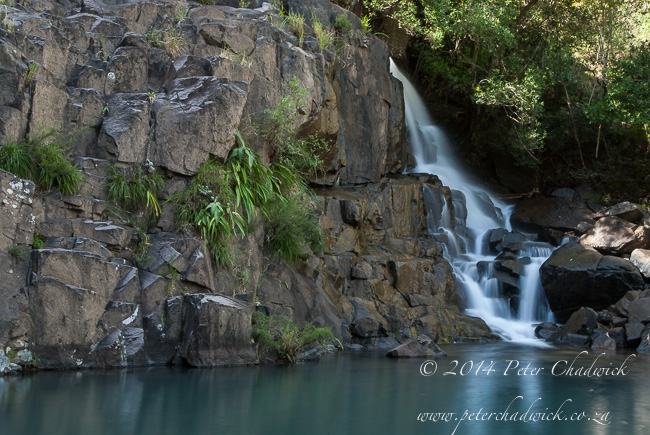 Having driven the small network of roads in the reserve, I now alighted and set off to wander the excellent selection of trails. These trails vary in distance and difficulty but are all worth doing as they offer different perspectives and birding opportunities. I immediately headed off along the trail to Jacobs Ladder which was a mere two kilometres away. This joined up with the Emandundwini Trail which at 12kilometers in length was still easily walkable in a couple of hours.  At Jacobs Ladder a family of Ground Woodpeckers lived up to their name by foraging amongst the boulders and Drakensberg Siskin, Gurneys Sugarbird and Greater Double-Collared Sunbird flew between the Proteas and Aloes. A pair of African Black Duck erupted from a small stream as I crossed over and in the grasses, Drakensberg Prinia, Levalliant’s Cisticola and Cape Grassbird both called regularly. Gaudy Commodore butterflies sunned themselves in open ground and Red-Winged Dropwing dragonflies were also plentiful along the streams. Turning higher up onto the Emandundwini Trail a large shadow passed over me and I looked up to see the real spirit of the Drakensberg as a magnificent adult Lammergeier glided close by, turning its head to take a look at me before disappearing again without even a slight flap of its wings. Three-quarters along the trail is a small forest patch which produced Olive Woodpecker, Cape Batis, Sombre Greenbul, African Olive-Pigeon, Grey Cuckooshrike and Bush Blackcap. 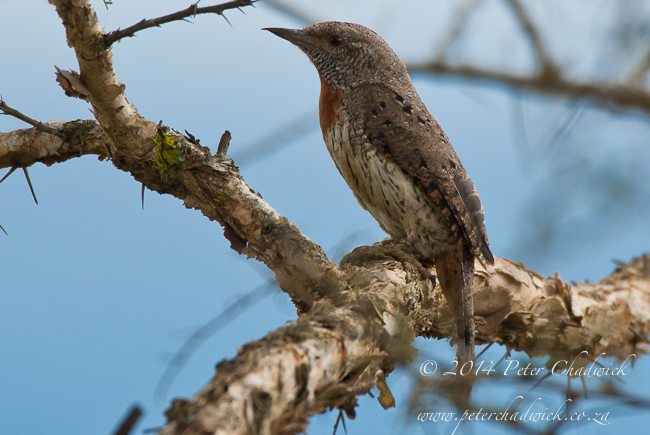 The downward trek from the forest patch brought me closer again to the river where Red-Collared Widowbirds and Southern Red-Bishops flew in small flocks. From the depths of a grass thicket, I heard the booming calls of Red-Chested Flufftail. After crossing the Lotheni River via the wooden swing bridge, I was back at my car again after an excellent five hour hike. Sitting back on one of the benches and refuelling myself with a much needed drink and bite to eat, I truly wished that I could spend far longer in these magnificent mountains, exploring all that they have to offer while clearing my mind of all the cobwebs that daily life now throws at us in a fast moving working world. 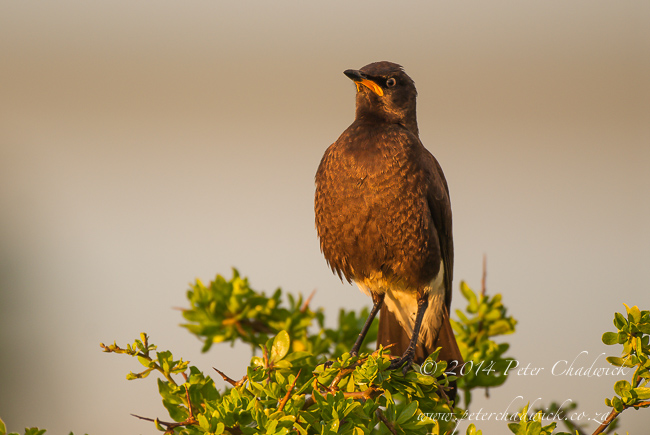 Season and weather: Spring and summer are the best times to go birding in the Drakensberg when summer rains bring greenery to the grasslands. Be aware of heavy thunder storms with lightening. Winters can be extremely cold with snow falls. When hiking always carry warm protective clothing and sufficient water and snacks as weather changes rapidly.

Habitats: Grasslands are the dominant vegetation type, though forest patches lie in the gorges. The rivers and streams, rocky outcrops and steep cliffs provide additional habitats.

Accommodation: Both camping and hutted self-catering accommodation is available. Hutted accommodation varies from two-bed chalets through to six bed chalets and Simmes Cottage situated away from the rest of the accommodation with a dam adjacent to it. The reserve boasts numerous spectacular hiking routes which vary in distance and ease.