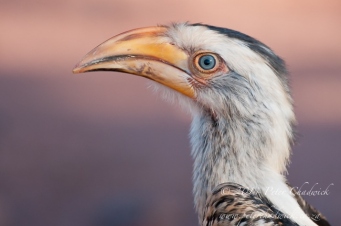 I remember well the first time that I visited Punda Maria in the northern reaches of the Kruger National Park. I had just turned off the main road between Shingwedzi and Pafuri and onto the final stretch to the camp, when a large male leopard leapt out of a tree and sauntered across the road in front of me. I entered the camp gates absolutely enthralled with such a magnificent sighting and upon driving up the small hill to the reception; I was then blown away by the amount of birdlife that was active in the camp grounds. As I got to know Punda Maria and its surrounds better, this would become one of my favourite birding locations and I would return again and again over the years.

On my most recent visit, I enthusiastically drove through the Punda Maria entrance gate after a short drive from nearby Venda and was immediately greeted by the summer bushveld calls of Woodland Kingfishers and numerous beautifully coloured European Rollers. Grey Go-Away-Birds flew laboriously from tree top to tree top, raising and lowering their crests and giving their distinctive calls. Driving slowly towards the camp, Fork-Tailed Drongo’s hawked insects all along the roadway and followed an old bull elephant that was ambling through the long grass. Initially the elephant was rather tense due to my presence but quickly relaxed when it found a Marula tree with numerous ripe fruit upon which he then spent the next hour feeding. 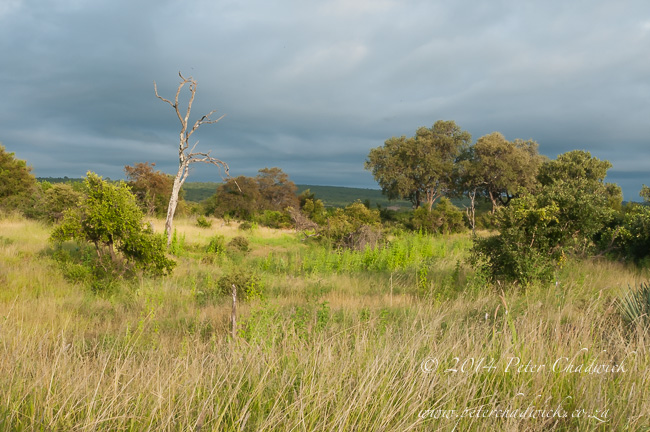 1 of 9. Lush grasslands and woodlands around Punda Maria.

Arriving and checking in at the campsite, I set up my tent under the shade of a large mopane tree and watched a pair of African Paradise Flycatchers that appeared to be collecting food for youngsters that must have been in a nearby nest. White-Browed Robin-Chats began calling from the thickets adjacent to the swimming pull and a Kurrichane Thrush pair flicked and scratched amongst fallen leaves for hidden insects. With the breeding season still being in full swing, Southern Yellow-Billed Hornbills and Red-Billed Hornbills had their nests in hollows of the Mopane trees. In many cases the males were feeding the females that had been sealed into the hollows and now only had enough of a gap to reach out with their bills to accept food from the attentive males. 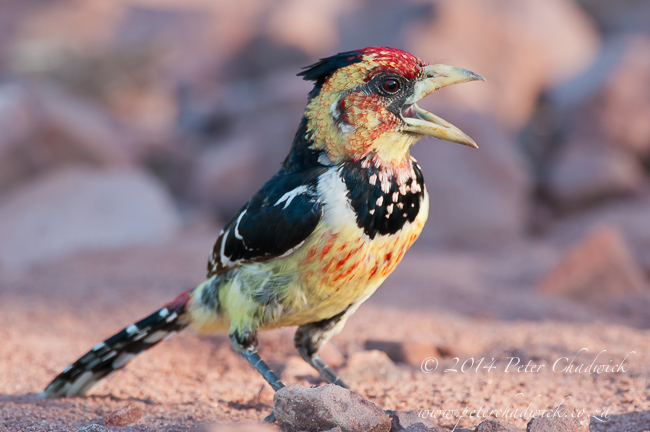 Walking up to the hide that overlooked a waterhole on the boundary of the camp, I was watched by a wrinkled and rather ugly looking Marabou Stork who sat perched on the top of a dead tree and surveyed all under him like a member of the British parliament. A Kudu cow wandered past and acted as a taxi for both Red-Billed and Yellow-Billed Oxpeckers that combed through the Kudu’s hair, searching for external parasites. Next up was a Diderick Cuckoo that found a fat caterpillar which it enthusiastically beat against a branch for several minutes before finally swallowing it. 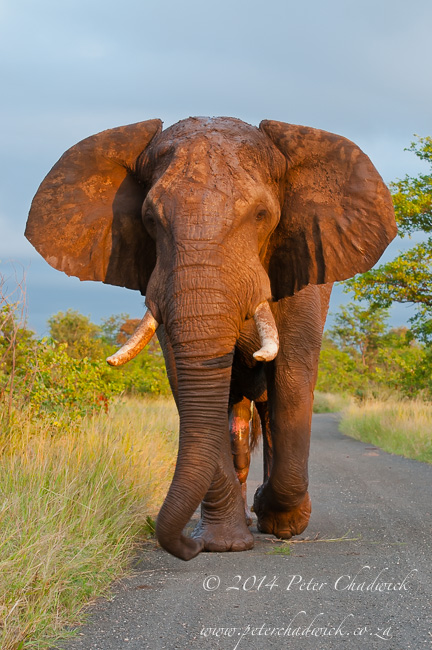 With late afternoon approaching and the temperatures cooling again, I set out from the camp to drive around Mahonie Loop. This loop has some of the best woodland in the Park and at this time of the year was lush and in a multitude of green colours. Just out of camp, a Sharpes Grysbok dashed through an open patch of veld and scolding Rattling Cisticolas and a Black-Crowned Tchagra indicated that their must be a predator nearby which had flushed the frightened Grysbok. 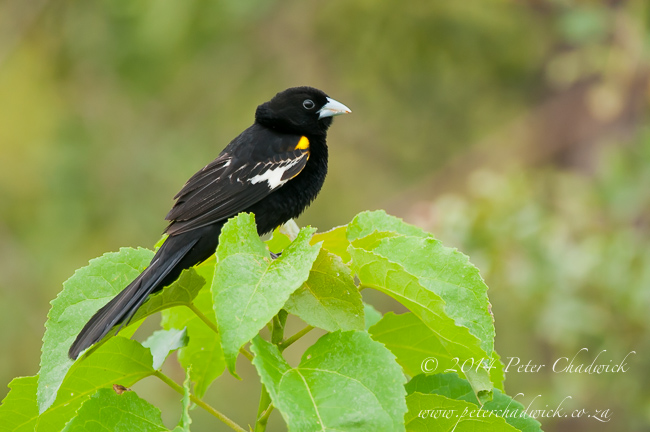 At a termite mound, small-winged alates were emerging and this attracted Crested Barbet, African Hoopoe, Southern Grey-Headed Sparrow, Black-Headed Oriole, Jacobins and Black Cuckoos who all dashed around trying to catch and swallow as many of the nutritious termites as possible. Along the water courses, European and Carmine Bee-Eaters swooped after flying insects and high up on a ridge, a pair of African-Hawk Eagles hunted in tandem. As I watched these two magnificent raptors, I wondered if these could be the same pair that I monitored during two years in the early 1990’s when I worked in the Park on rare birds. 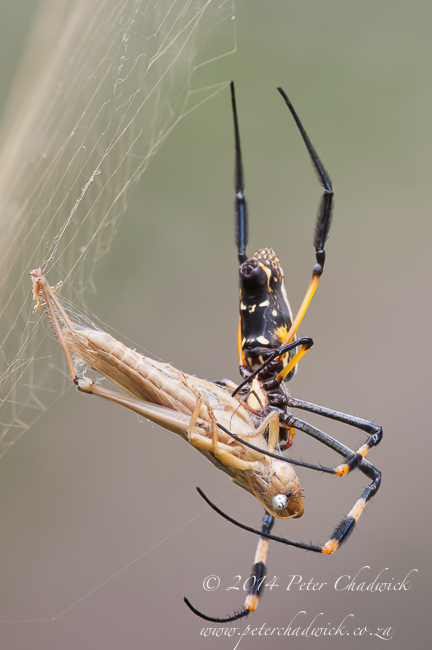 With vegetation being so thick it was necessary to travel extremely slowly around corners as there were numerous breeding herds of elephant that were not always that friendly and raised adrenalin levels with some good charges. Zebra, Kudu, Impala and Giraffe were also plentiful and provided welcome and interesting breaks between the bird watching. The golden webs of aptly named Golden-Orb Spiders adorned the dank vegetation and many held grasshoppers or butterflies that the spiders were eagerly feeding on. In branches over the numerous pools of water, Foam Nest Frogs had lathered up their foam “nests” where eggs were laid out of the reach of predators. As these eggs developed they became heavier, sinking down through the foam and eventually on hatching allowed the young tadpoles to plop into the pools below. At these same wet areas, Zitting Cisticola and White-Winged Widowbirds were plentiful and I was also lucky to see several male Long-Tailed Paradise Whydah’s with their long tails dangling behind the diminutive bodies. Small groupings of White Storks wandered through the long grasses and snapped up any insects that they came across. 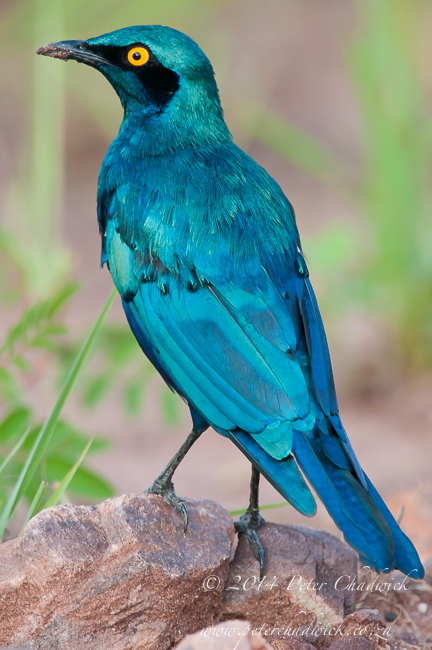 As the shadows lengthened and dusk approached birdlife became more active with Eastern Nicator, White-Throated Robin-Chat, Swainson’s Spurfowl and Natal and Crested Francolin all starting to call. Brown-Headed Parrots screeched from the tops of Marula trees and dropped the large fruit intermittently. Cackling parties of Arrow- Marked Babbler and Green Wood-Hoopoes added to the increasing variety of sounds that emanated from the bush. 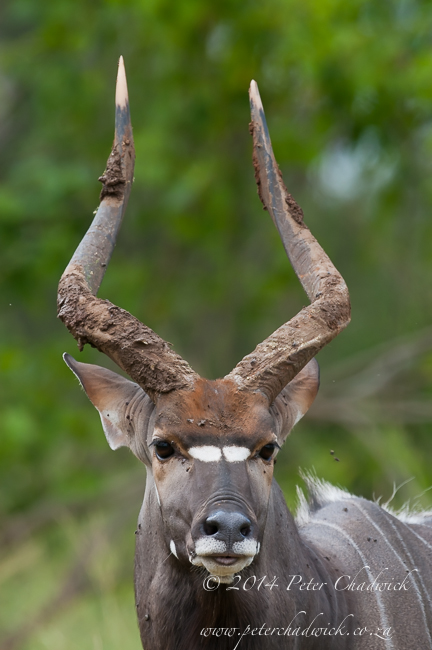 Bird parties are for me always great to find as this brings together many species that work through an area feeding in different ways, filling different niches but at the same time adding to the number of eyes that can keep a watch out for predators. My first birding party was a real goodie with African Grey Hornbills feeding in the upper tree tops while Chinspot Batis, Spectacled Weaver, Yellow-Bellied Greenbul, Common Scimitarbill, Spotted Flycatcher, Black-Backed Puffback, Greater Honeyguide, Southern Black-Tit and Southern Black Flycatcher all fed in the mid-strata of the vegetation. Low down, Brown-Crowned Tchagra and Cape Glossy Starlings completed the diversity of the party and it was amazing to see how quickly they moved through an area and disappeared from sight. 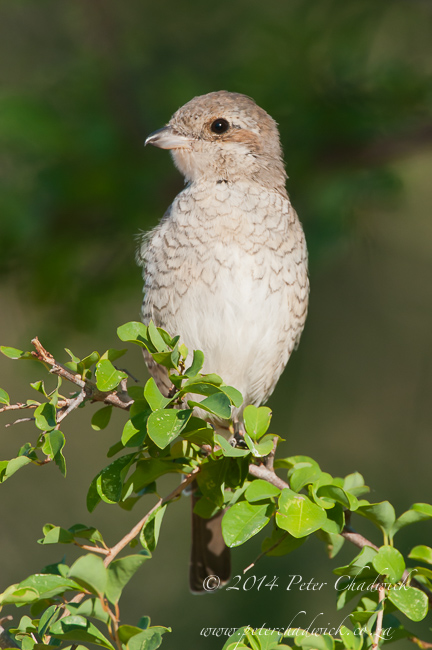 Rounding the first half of the loop, the veld opened up and became drier and I flinched instinctively as I drove right next to, an until then, unseen Black Mamba that was as thick as my forearm and reared up aggressively with mouth agape at the vehicle. Red-Backed Shrikes now became common sightings and Red-Billed Buffalo-Weavers collected sticks for their massive nests that adorned large trees. On top of one of these trees a large Tawny Eagle ignored the mobbing attention from the much smaller male buffalo-weaver that was not happy having a predator so close to its nests. 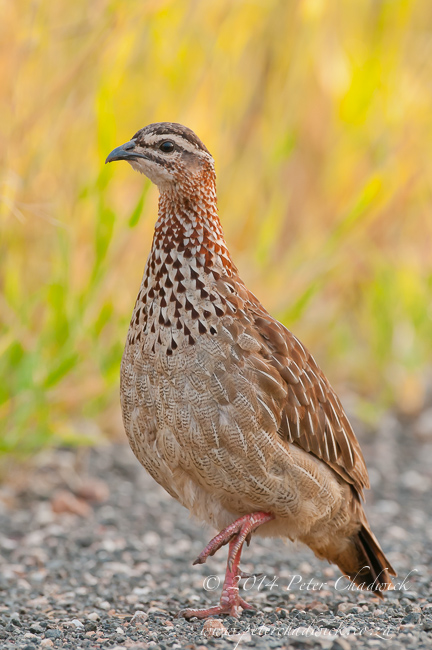 Nearing the camp again, a large herd of Cape buffalo fed placidly in the long lush grass and the evening light highlighted the coloration of several Lilac-Breasted Rollers that were closely following the buffalo to snatch up insects that had been disturbed by heavy feet. I entered the camp gates as they closed for the day and was both excited by the day that I had just had and the thought of being able to head up to Pafuri the next morning.

Season: Summer is the hot and wet season, when afternoon thunderstorms can be expected. Temperatures sore into the 40 degrees plus, so always have plenty of drinking fluids available. Vegetation is lush and green and difficult to see through at this time of the year. Winters are cooler and vegetation is drier and easier to see through. This is also when game concentrates around the waterholes. Spring and summer although being extremely hot are definitely the best for birding as this is when the migrants arrive. Early morning and late afternoon are prime times for bird watching.

Accommodation & Activities: Both hutted and camping accommodation is available at Punda Maria camp, with bookings being made through the South African National Parks central reservations offices. The Nyalaland Wilderness Trail is extremely popular and needs to be booked well in advance. Most visitors self drive the Kruger National Park, though it is possible to book guided drives, night drives and walks through the camp office.

Getting There: Punda Maria can be accessed via the south of Kruger or through the Punda entrance gate, which leads from Makhado. Punda Maria lies approximately 600 km’s away from Johannesburg.

jrHidden 0/limpopo-birding-punda-maria.html0
Please enter the security code.
729com_contentcom_content52detail
Loved it Peter, I've been wanting to head up that side for ages! Looking forward to more reviews :) Commented byChad WrightMay 09, 2014

Loved it Peter, I've been wanting to head up that side for ages! Looking forward to more reviews :)