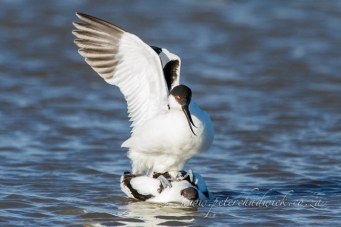 Pied Avocets, Black-Winged Stilts and thousands of other waterfowl have flocked to the Agulhas Plains after the recent heavy rains turned the area into a vast marshy wetland. Breeding activity is at a peak and this sequence of photographs shows the pre-copulatory display of Pied Avocets.

This pair of Pied Avocet were feeding in a shallow pan, when their highly ritualized mating display was initiated by the female lowering her head and neck parallel to the water and her uttering a soft piping call. 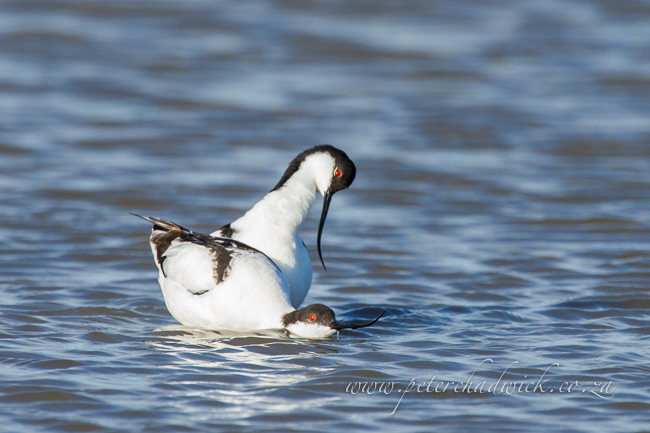 This encouraged the male to sidle up to the female and rub his head against the female before beginning with exaggerated pseudo-preening. 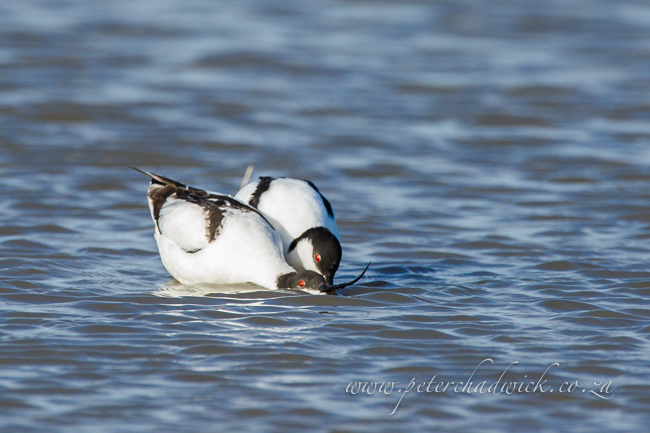 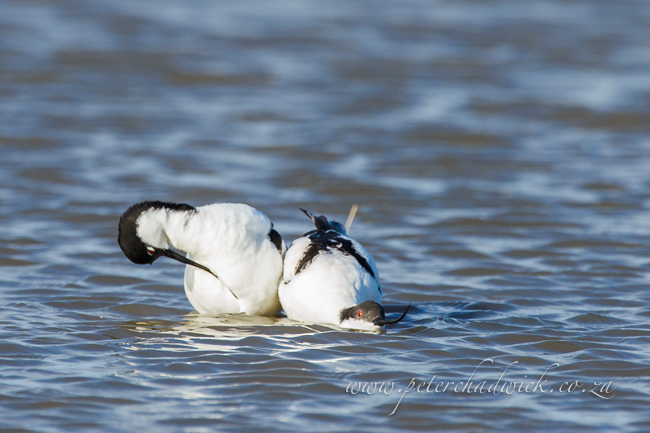 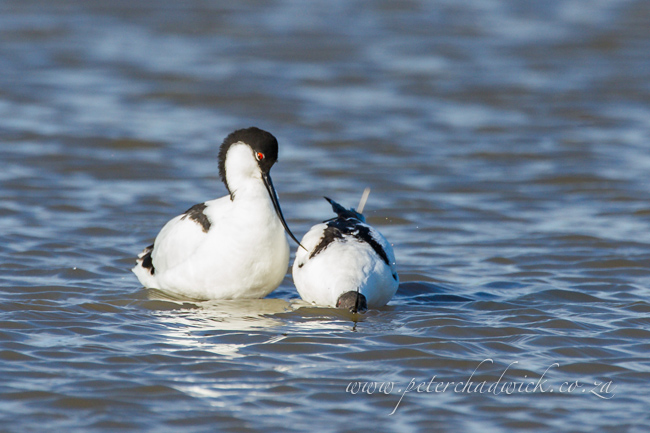 As the intensity increased, the male would swipe his bill across the back of the female and move close behind her and to her other side, where the process was repeated. 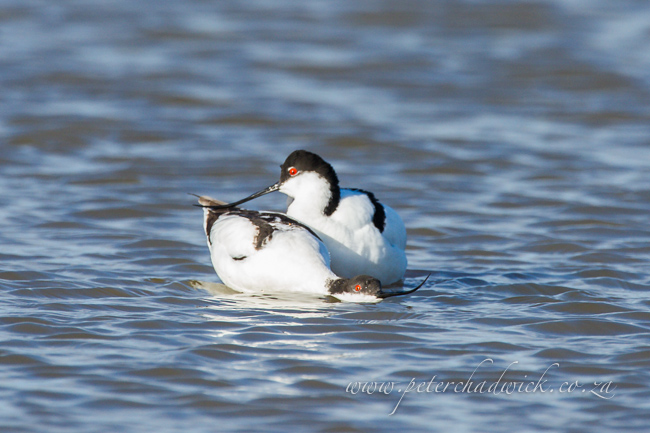 After about a minute of this pseudo-preening, the male stepped things up by splashing and duck-diving his head next to the female. 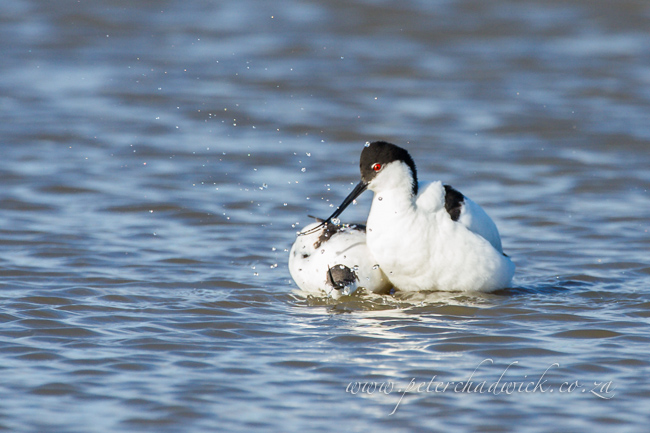 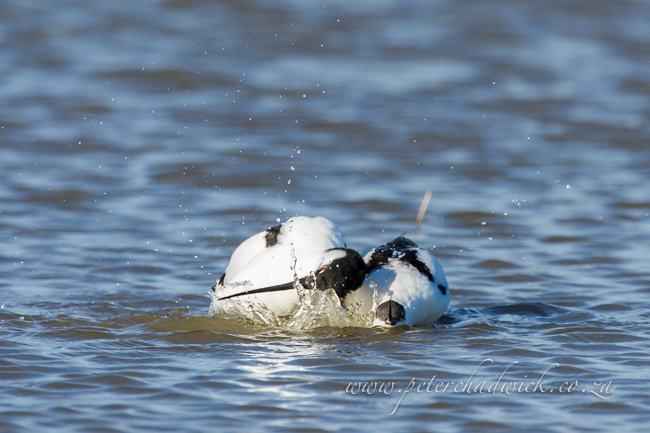 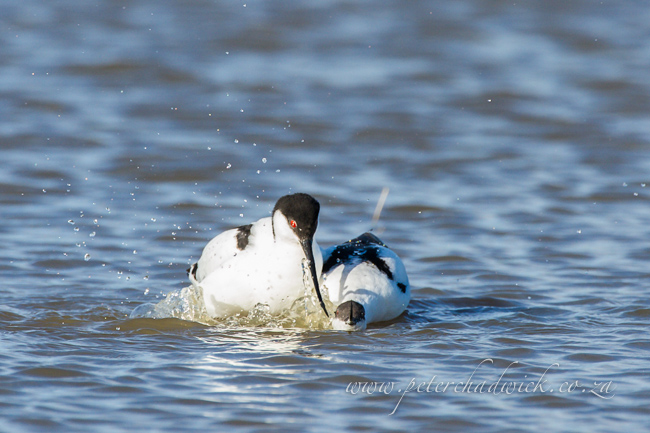 The male then climbed sideways up onto the back of the female and copulated with her with wings raised during the quick mating and before climbing sideways off her again. 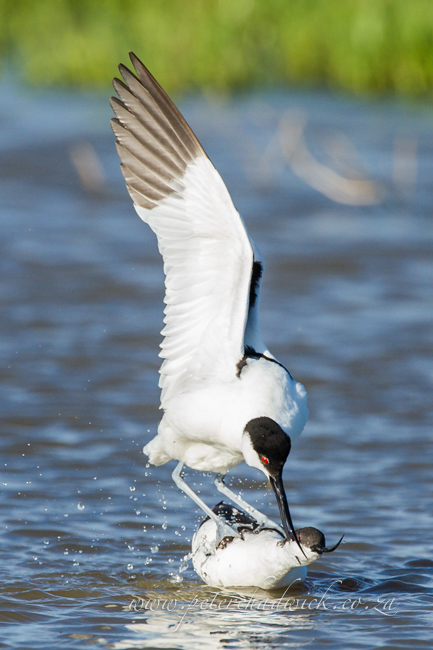 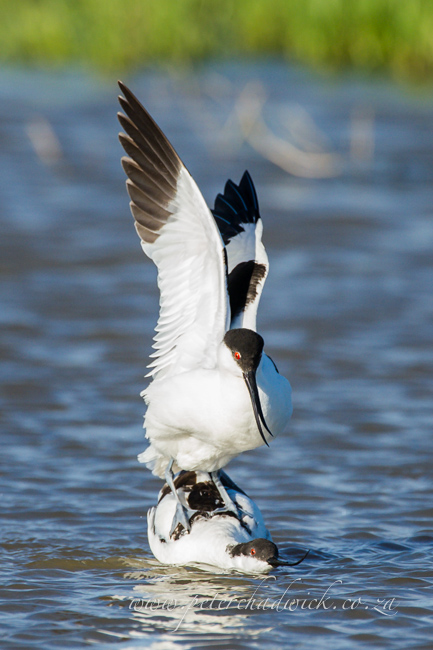 After the mating, both birds rubbed heads and necks briefly and did a small bowing dance before the female flew off to another pan, being closely followed by the male. 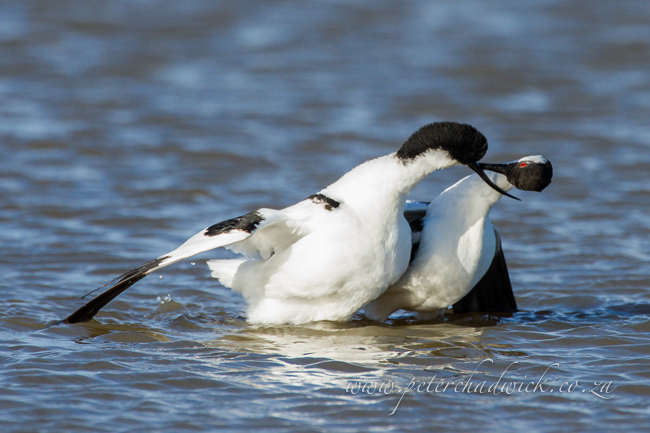 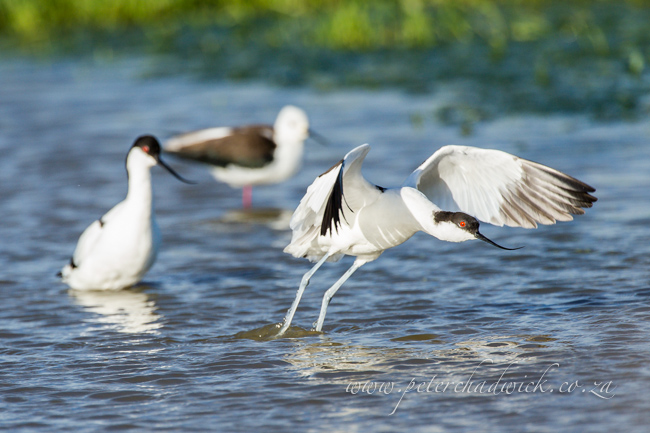 Great sequence! Great photography! Can't wait to get to the Agulhas Plains. It's going to be a waders paradise this summer.