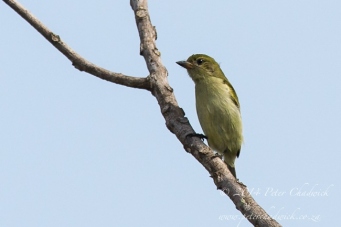 In January 1958, a small nondescript greenish bird was collected as part of a museum collection from near the town of Chicomo in central Mozambique. The label on its preserved skin read “Green Tinkerbird” and for the next four and a half decades, the species was not recorded again and many actually believed that the museum specimen had been mislabeled!

At least, that was until January 2012, when a group of South African ornithologists relocated a small population of these birds near the village of Unguana that lies close to the main EN1 highway through Mozambique. This find, caused a wave of excitement amongst the birding fraternity and placed the previously unknown village firmly on the map as a priority to visit. Since that time, there have still probably been less than 100 people who have been privileged enough to view the Green Tinkerbird in its natural environment and hopes were certainly high amongst our small birding group that we would also be fortunate enough to add this to our life-lists. 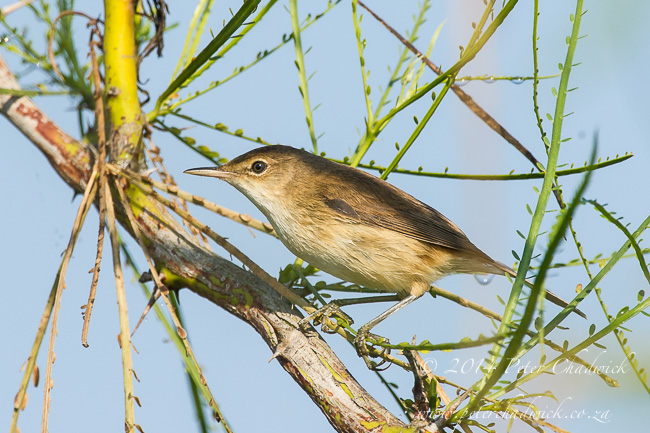 However, the town of Unguana lay slightly in the future for us, as our first biding destination in central Mozambique was the Limpopo Floodplain with its vast and exciting expanses of open water and wetlands. We had only reached our first overnight stopover at Honeypot Camp very late the previous night after a long hard days driving and totally exhausted, we all collapsed into a short nights sleep. Early the next morning, the irritating ringing of our alarm clocks mingled with the far more pleasing dawn chorus of the birds woke us and with sleep depraved eyes, we emerged into a mist-covered dawn. A short drive took us to the banks of the floodplain and before long, the travel weariness was soon forgotten as exciting birds began to be sighted in the swampy wetlands. Rufous-winged cisticola was the first and this was closely followed by Baillon’s crake, African marsh warblers, Allen’s Gallinules, African pygmy geese and lesser jacanas. 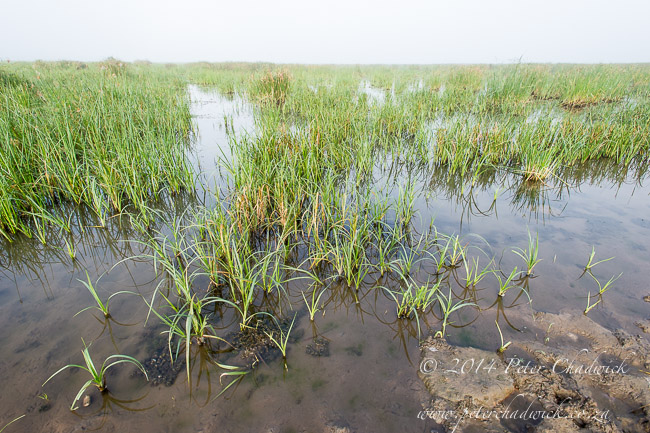 2 of 9. Marshlands around the Limpopo River.

We had stopped our vehicles alongside a raised gravel road that was obviously a main throughway for the many cattle herds that were led by young herd boys to their daily feeding grounds. The clanging bells of the cattle and laughing happy herders added a joyful air to the entire birding venture and there were repeated pauses from the serious business of the birding to show the herders what we were looking for and to show the pictures that we had already taken with our digital cameras. This resulted in even larger grins from the youngsters, especially when we showed them pictures that we had taken of them with their cattle. 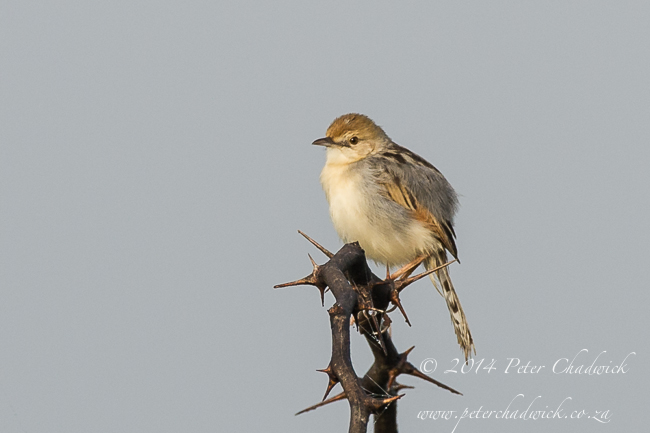 Moving to a different spot along the floodplain, we found a vast expanse of open water where thousands upon thousands of waterbirds were feeding and flying. The skies were constantly filled with birds toing and froing and soon we were ticking fulvous whistling duck, white-faced whistling duck, yellow-billed duck, red-billed teal, hottentot teal, white-faced duck, southern pochard, glossy ibis, purple heron, African Openbill, yellow-billed storks and African spoonbills to our growing lists. Out on the open water and amongst poling fishermen in their dugout canoes, great white and pink-backed pelicans swam in large rafts while whiskered terns hovered overhead. Along the edges of the wetland, goliath herons, great egrets, little egrets, black-crowned night herons, squacco herons and black egrets all stalked their prey in the shallow waters. The amount and variety of birdlife was almost overwhelming and made it extremely difficult to focus on a particular area before being side-tracked to another equally exciting spot such as where African Jacana, African swamphen, pied avocets and black-winged stilts showed themselves in the open waters amongst gaps in the dense reedbeds. 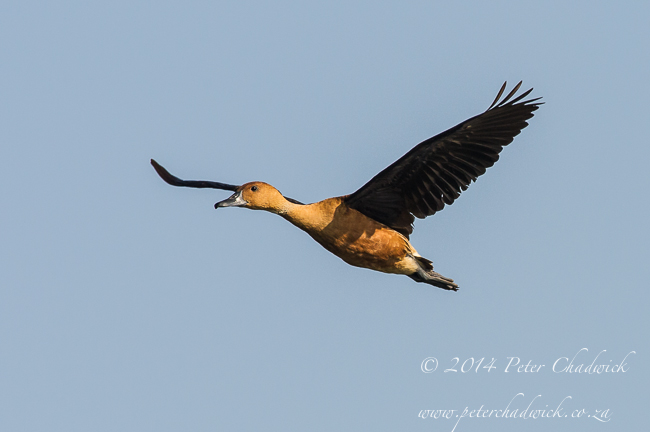 With time quickly marching on, we sadly had to leave this vast water-logged expanse behind and head off to our next birding hotspot amongst the Miombo woodlands of Panda. Our drive took us through numerous small towns where street markets sold fresh vegetables, piping hot bread rolls and a kaleidoscope of colorful clothing. Our overnight stop was at Caju Afrique where a small cluster of wooden chalets that were surrounded by dense bush overlooked a vast lake where fishing dhows criss-crossed in the evening light. With light quickly fading a quick walk along the narrow tracks around the chalets produced, tambourine dove, purple-banded sunbirds, amethyst sunbird, grey sunbird, gorgeous bush-shrikes, purple-crested turaco’s and a pair of African wood owls that were starting to call with the onset of darkness. 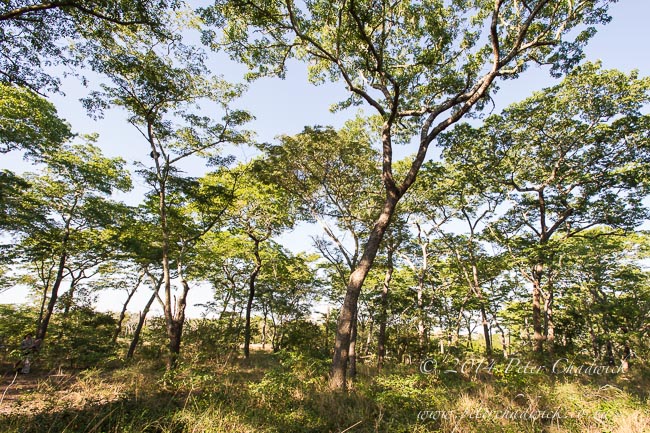 5 of 9. Miombo Woodland around Panda.

The next morning, we beat the sunrise and were ready to capture its arrival over the horizon through a mosaic of tall trees, while we were standing on the edge of another vast wetland. Our target this morning, were two highly elusive species, the Eurasian bittern and the Malagasy pond heron. We had hardly alighted from our vehicles when the bittern first gave away its presence through its booming call and then flew directly past us before plonking back down into the reeds again. Dickinson’s kestrel, dark-chanting goshawk, African wattled lapwing, temmnicks courser, yellow-throated longclaw and fan-tailed widowbirds were also added from this point and we could not believe our luck when an extremely confiding Malagasy pond heron perched on top of a small tree in front of us. 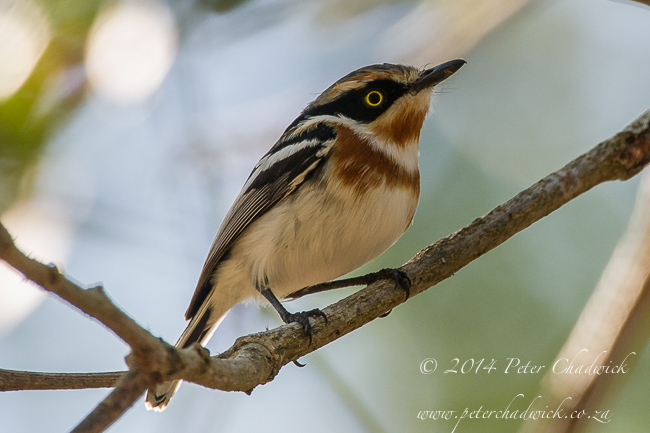 Just past the town of Panda, we turned our vehicles off the main gravel road and onto a narrow track that led us to a stand of towering Miombo woodland. Vast trees that were covered in dangling lichens formed a continuos canopy that was the ideal habitat for many woodland species and although birds were not plentiful in these woodlands, it was not long before we had located a birding party that included southern hyliota, white-breasted cuckoo-shrike, pale batis, red-faced crombec, red-headed weaver and neergaard’s sunbird. On the edges of the woodland, where slash and burn agriculture was taking place, the skeletal remains of the trees attracted African harrier hawk, lizard buzzard, bearded woodpecker, greater-blue-eared glossy starling and lilac-breasted rollers. Sadly, the olive-headed weaver, which is a highly sought after special of the area eluded us. 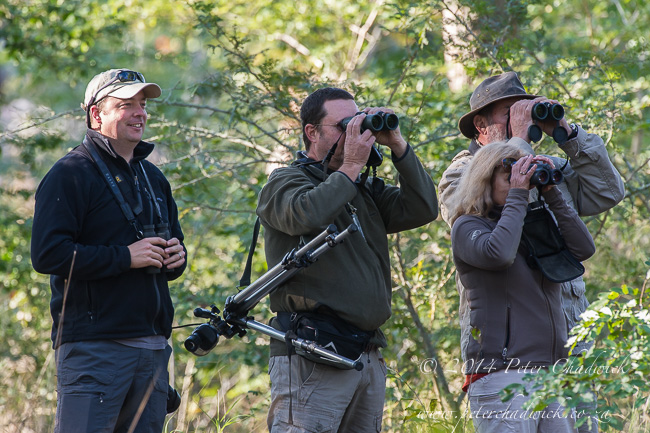 7 of 9. Birdwatching in the Panda Miombo Woodlands.

With exciting birding already behind us, we had finally arrived in the area where the green tinkerbird had last been sighted and with eager anticipation we arrived well before dawn. Chestnut-fronted helmet-shrikes, Livingstone’s flycatchers and red-throated twinspots were quickly found and these raised our hopes for the finding the real reason why we were here. With intense searching of the surrounding tracks, the sun rose ever higher and with the heat, a vast array of colorful butterflies emerged  to sun their wings in open patches on the ground. 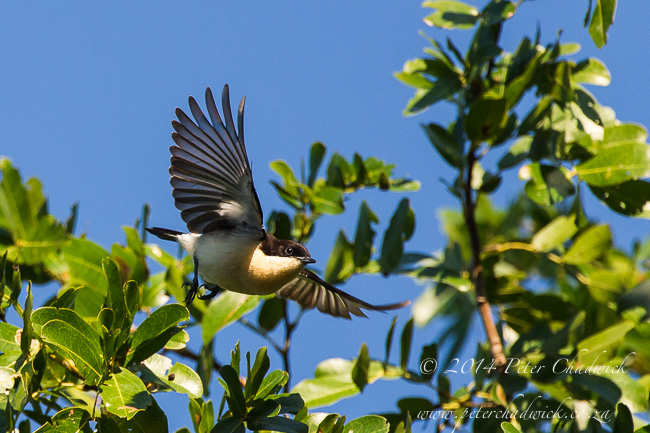 Amongst the giant Baobab trees, Bohm’s spinetails screamed around the skies in search of small insect prey. With the ever increasing heat, we became more and more despondent with the chance of finding our target and eventually after four hours of slogging, decided to call a refreshment break. With sweat rolling across our faces and down our backs, we stood bleakly around the vehicles in a depressed huddle. While we were wondering what to do next, one of our group suddenly called for silence and then said that he had heard a tinkerbird. A mad scramble had us dashing down a narrow side track to where the call had emanated from and there, sure enough perched right at the top of a tall tree was a tiny, nondescript greenish bird that had caused such a stir way back in 1958. The immediate grins on our faces took a long while to disappear and it was extremely hard to believe that we were amongst the few who had been privileged by a view of the Green Tinkerbird. 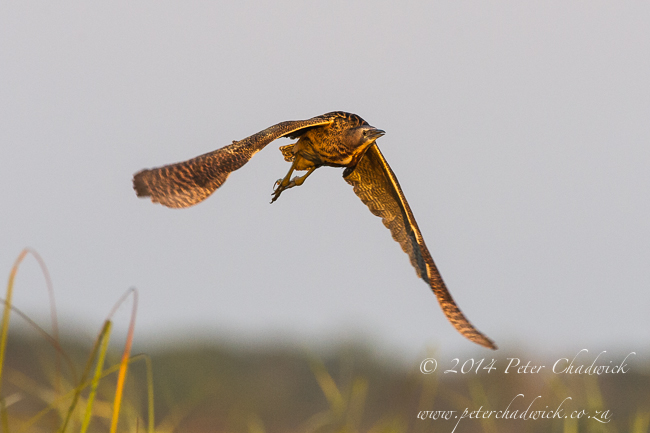 9 of 9. Eurasian Bittern in flight.

Season and weather: Summer is the hot and wet season, when afternoon thunderstorms can be expected. Temperatures sore into the 40 degrees plus, so always have plenty of drinking fluids available. Winters are cooler and vegetation is drier and easier to see through. Be aware that Mozambique is a malaria area.

Getting There: All three destinations that were visited during this trip lie in close proximity of the EN1 highway in the Inhambane Province of central Mozambique.