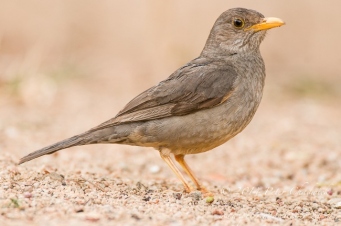 Pale pink Greater Flamingos waded in the shallows in their hundreds, while in the skies above v-flights of heavy-thumping winged Great White Pelicans flew in to land, sliding onto the water with feet acting as giant skids. In the shallows, Glossy Ibis, Marsh Sandpiper, Greenshank, Ruff, Common Ringed Plover, Grey Plover, Pied Avocet and Black-Winged Stilts all bustled around with bills probing into the water in search of plentiful food.

Over my left shoulder, the green-grey and icy cold seas of the Atlantic Ocean crashed onto the shore bringing in a cold breeze that also carried a light mist. Out to sea large flocks of Cape Gannets dived repeatedly into the water after an unseen mass of shoaling fish. Also in attendance were Swift, Sandwich and Common Terns that wheeled and dived into the cold seas. Long lines of Cape Cormorants cut just above the churning water as they headed further out to sea. I was standing at the mouth of the Orange River that divides South Africa from Namibia and was totally entranced by the amazing avian spectacle that unfolded before me! 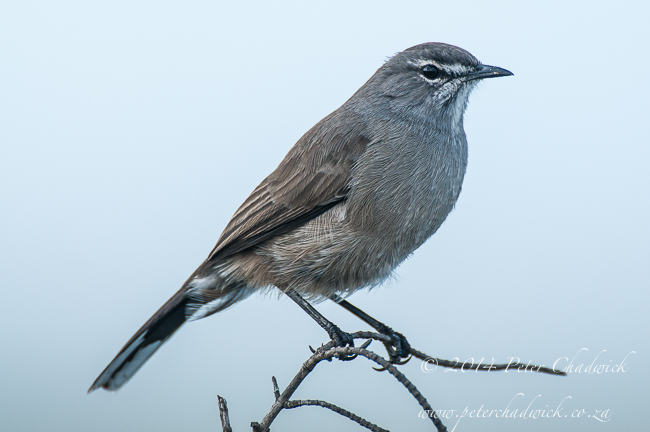 From the estuary mouth, the drive back to the town of Alexander Bay took us along the fences of the diamond mines and past where a Working for Water team was removing alien plants from the riverbanks. The road southwards to Port Nollith then opened up again, running past the Alexander Lichen Field and through stunted arid vegetation where Spike-Heeled Larks, Capped Wheatears, Sicklewinged and Tractrac Chats, Ant-Eating Chats, Yellow Canaries and Cape and Pied Crows were regular sightings. At one point a pair of Cape Sparrows had also cleverly built their untidy nest under the protection of the large stick nest of a Cape Crow. 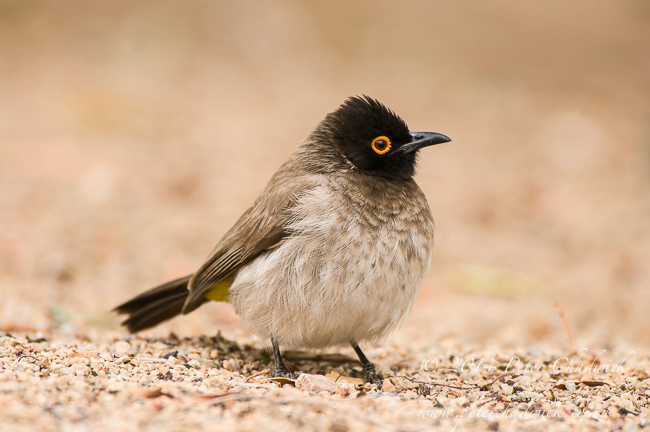 After a short hop of only 85km’s and driving into Port Nollith, I chose to stick close to the coast and was soon on my towards the small harbor where old diamond boats lay unused with their suction pipes floating out on the water surface like long tentacles behind them. Out on a small rocky island, near the entrance channel to the harbor, flocks of White-Breasted, Bank, Crowned and Cape Cormorants sat preening or drying their half-opened wings. Roving Kelp Gulls hovered over the cormorants looking for feeding opportunities and on the white beaches pairs of African Black Oystercatcher and White-Fronted Plovers scuttled backwards and forwards. Slightly out to sea, flocks of Swift Terns and Hartlaubs Gulls were buffeted by the wind and in amongst the exposed rock pools, Little Egrets and Cape Wagtails snapped at the numerous insects feeding on the kelp detritus. 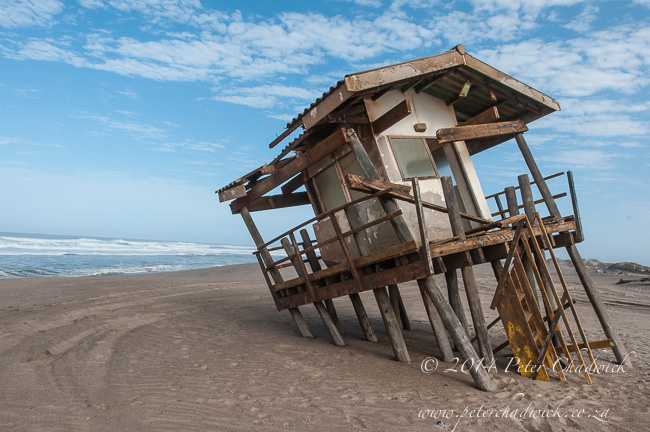 3 of 7: Cold Atlantic Ocean at the Ornage River.

After a short lunch break, my family and I were soon once again on the road, driving towards our end destination of Kleinsee - a now largely abandoned diamond-mining town that was starting to grow its tourism trade. Before booking into our overnight accommodation and despite the howling wind that had picked up during the afternoon, we decided to first make a turn past the small Kleinsee Lagoon where flocks of South African Shelduck, Red-Billed Teal, Cape Shoveller, Egyptian Goose, Blacksmith Lapwing, Three-Banded, Kitlitz and Chestnut-Banded Plovers and more Greater Flamingoes all huddled down against the wind and blowing beach sand. In the reed-beds Southern Red Bishops and Yellow Bishop males displayed to drab brown female birds and Little Grebes could be heard calling from within the reeds. Flocks of Brown-Throated Martins and European Bee-Eaters battled the skies above together with Black, Little and White-Rumped Swifts and in the town itself the normal urban suspects of European Starling, Cape Weaver, Cape White-Eye, Karoo Thrush, Speckled Pigeon, Rock Martin and Hadeda were in attendance. 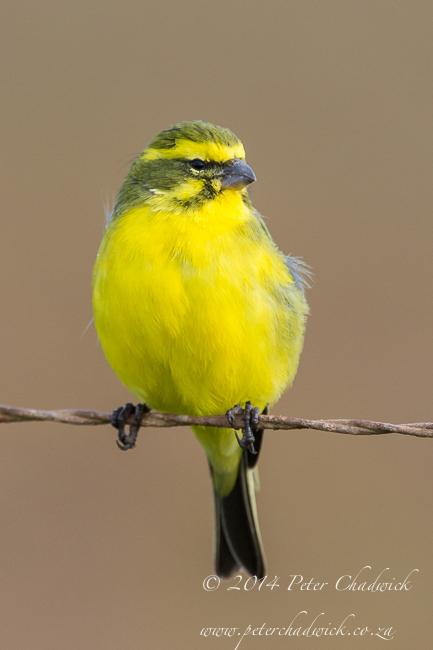 The following morning we arose early to be led upon a tour to the world’s largest land-based Cape Fur Seal colony which was high on my priority list to view. To avoid disturbing the seals we parked our vehicles on a high point and surveyed the colony with binoculars. Intense activity from a group of Kelp Gulls honed us into a seal that had just given birth and the gulls were busy squabbling over the after-birth. Further on, another group of seals moving rapidly showing where a pair of Black-Backed Jackals had rushed in and grabbed an unattended pup that was quickly dispatched and carried off to be fed upon. The wind was still blowing strongly and the stormy seas had brought White-Chinned Petrels, Sooty Shearwaters, Black-Browed Albatross and Sabine’s Gulls close in shore allowing easy views of these normally pelagic birds. 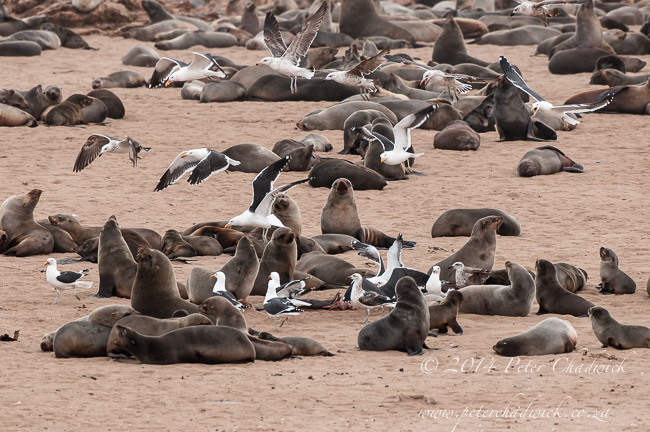 5 of 7: Kelp Gulls at the Kleinsee Cape Fur-Seals.

After a couple of hours watching the seals, we once again headed southwards on a short drive to our next destination of Skilpbaai. Our accommodation was in an abandoned diamond-diving camp that had now been superbly transformed into a popular backpackers and surfers hangout. The coastline here is extremely picturesque and it was a pleasure to be able to walk in the crisp sea air while watching Cape Clapper Larks, African Stonechats and a pair of Grey-Backed Cisticolas that obviously had a nest close-by with all the food that they were shuttling backwards and forwards in their small bills. In amongst the abandoned buildings harsh screeching calls alerted me to a pair of Rosy-Faced Lovebirds that were apparently part of a small flock that had become feral and had been present breeding and roosting in the buildings for many years. That evening we watched a classic west coast sunset as the sun slowly sunk over the horizon of the ocean and was soon replaced with an absolutely amazing array of stars, shooting stars and satellites. 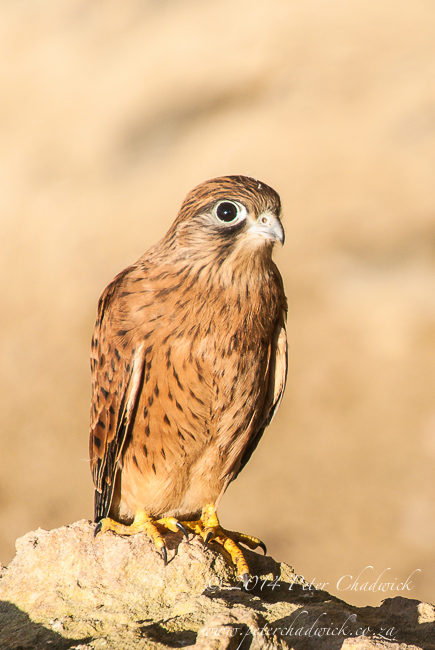 Half an hour’s drive from Skilpbaai was the small coastal town of Hondeklip Bay, which we decided to visit the next morning. After entering the town we drove to my usual priority destination of the harbour. On the expanse of beach, Ruddy Turnstones, Whimbrel and flocks of Sanderlings and Little Stints ran backwards and forwards with the incoming wave breaks. Alpine and Black Swifts flew high above the town and under the protection of a small bush a pair of Spotted Thick-Knee rested with half-opened eyes. On our return journey, Yellow-Billed Kites searched for road-kills while being watched by Jackal Buzzards from the fence posts and telegraph poles. Our final tick was a Booted Eagle that soared low over the vehicle on several occasions and brought to an end a fantastic few days exploring and birding. 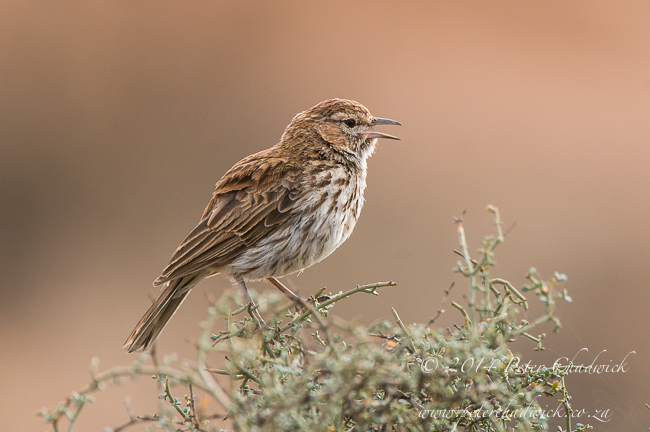 Season and weather: The climate is temperate with low winter rainfall, mild days and coastal winds. Evening can be cold. Sunblock and warm clothing are both essentials.

Habitats: The area is extremely diverse in its habitats that range from the open ocean and coastline, through to the Orange River Estuary. Inland the Namaqua coastal plain forms part of the succulent karoo with a wide diversity of succulent plants

Getting There: The area can either be accessed by traveling north on the N& and then heading westwards to the coast at Steinkopf. A suit of tar and gravel roads head southwards along the coastline from Alexander Bay.

Accommodation & Activities: Accommodation is plentiful within the region and ranges from the “Back to Basics Backpackers”, camping and caravanning through to self catering cottages. Activities include 4x4 trails, hiking and birding trails, Shipwreck trails and visits to the Kleinsee seal colony.

Reservations: For information and reservations for tours and accommodation contact: Tel: 027 877 0028 Email: This email address is being protected from spambots. You need JavaScript enabled to view it. Web: www.coastofdiamonds.co.za