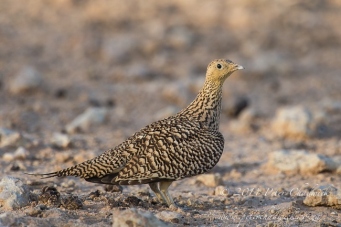 A late winters wind blew icy shafts across the Northern Cape landscape and heavy rains had left overflowing slushy wetlands enjoyed by flocks of Spur-winged and Egyptian Geese that dabbled in the shallows . The blankets of colourfull flowers whipped in the wind and did their best to follow the suns path across the sky, still putting on an incredible splendor of variety that has made Nieuwoudville and the rest of the West Coast such a tourist attraction in the spring months.

Driving through the town of Nieuwoudville, I was set on my end birding destination, the farm of Papkuilsfontein which has remained in the same family since 1672 and is now seventh generation. Both father and son are avid conservationists and have done much to protect and reclaim the landscape, managing the farm in an environmentally friendly manner. 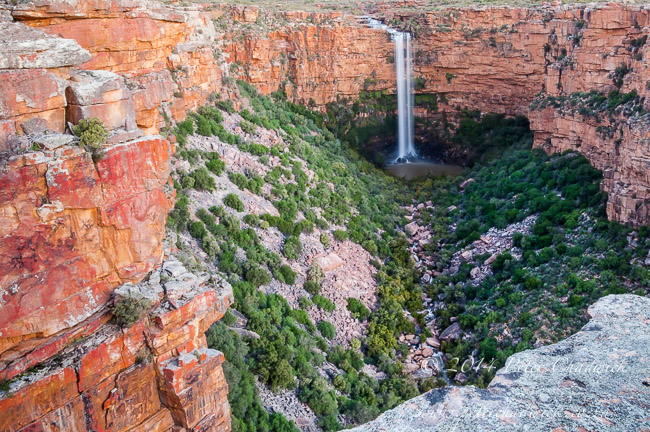 Turning off from the main dirt road and onto an alleyway of trees, Acacia Pied Barbet, Common Fiscal, Greater Honeyguide, Speckled Mousebirds, Cape Weavers and a Cape-Robin Chat were sighted before we had even reached the farmstead and were warmly greeted by Mariette and Alrie van Wyk. We were given an overview of all that the farm had to offer over a welcome piping hot cup of coffee and delicious home-made cake. Eager to set out, my good friend, Arne Purves and I, soon had our camera’s set up and ready on our laps as we drove along narrow farm tracks towards the campsite where we would be staying. 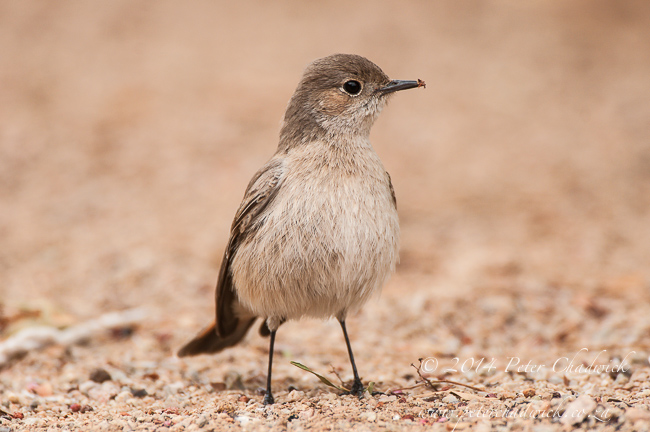 Fields of bulbines, gazania’s, vygies and romulea’s provided the stage for male Southern Black Korhaan’s that sang out to one another, occasionally flying up into the air to display to hopeful females. Namaqua Sandgrouse crouched motionless in the track only to explode into the air as we approached too closely. In the restio patches, flocks of Wattled Starling, Yellow Bishops and Pied Starlings fed on the ground and amongst the wavy restio stems. 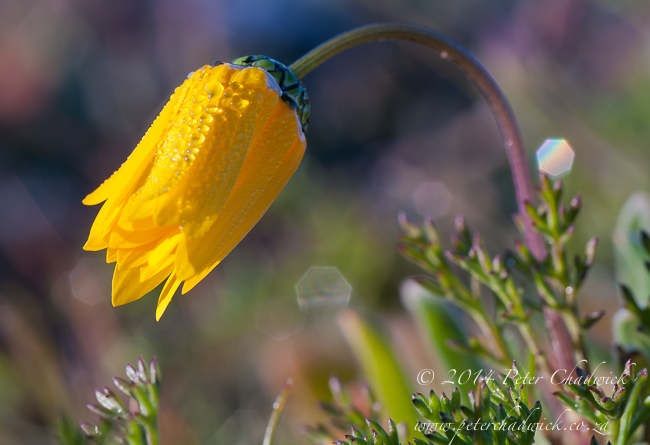 After setting up our campsite in a well protected camp surrounded by a tightly packed “boskerum” we were soon walking amongst the veld and watching Cape Clapper Larks, Large-Billed Larks and Red-Capped Larks all displaying as the onset of spring had them all focussed on breeding. An Ant-Eating Chat sat atop a small termite mound and surveyed a pair of Capped Wheatears that were already breeding and feeding young in an underground burrow. Cape Buntings, a flock of Southern Masked Weavers, African Pipits and White-Throated Canaries were also added to our list, as we stopped occasionally to photograph flowers that had caught our attention. 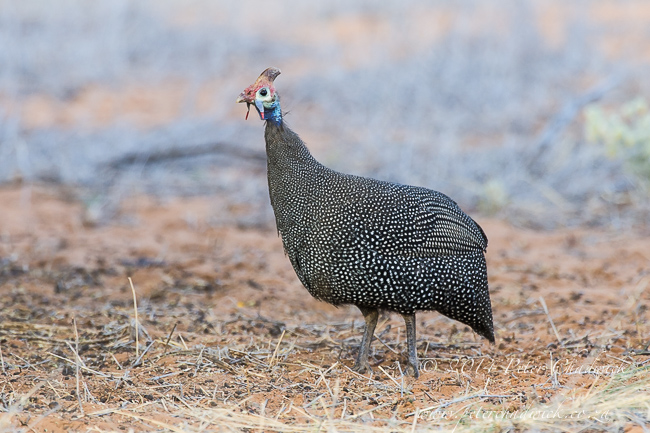 As the shadows started to lengthen, Arne and I were once again in the land-rover and heading across the farm to the gorge where an 80m waterfall tumbled over the edge and down into a deep pool way below. The surrounding red cliffs formed an amphitheatre across which a Rock Kestrel and a pair of Jackal Buzzards flew. A Booted Eagle made an appearance and upset the resident pair of White-Necked Ravens that launched from the ledge and harassed the eagle until it tucked in its tail and shot across the sky into the distance. Unsatisfied with their endeavours, the ravens then picked on a Black-Shouldered Kite and a Steppe Buzzard who were also both seen off. 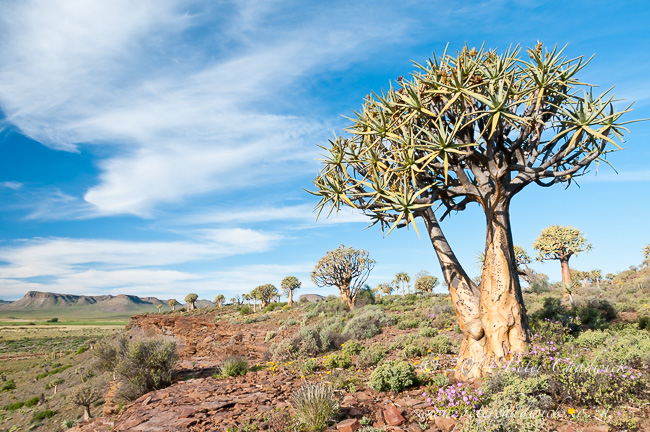 5 of 12. Quiver trees growing on top of a rocky ridge

Sitting patiently on one of the high ledges, we were soon joined by a family of Rock Hyrax that crept out to enjoy the last patches of warm sunlight before another chilly night. High in the skies, Alpine and White-Rumped Swifts flew at high speed as Hadedas, Rock Martins and flocks of Red-winged Starlings flew below them. With the barks of distant baboons heralding the days end, we headed back to camp, passing Spotted Eagle-Owl’s, Freckled Nightjars and Spotted Thick-Knees together with numerous Scrub-Hares, an occasional Grey Duiker and a lucky sighting of a Cape Fox. A last look up at incredibly clear star-filled skies was taken before the cold grabbed us and had us heading off to the warmth of our separate tents and with the silence only being broken by the calls of honking South African Shelduck and numerous Black-Backed Jackals. 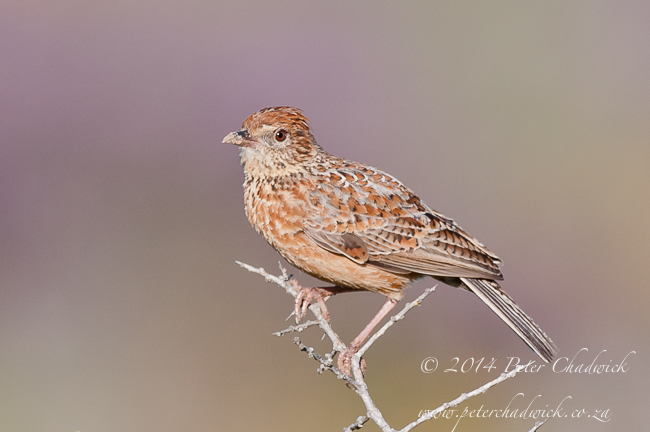 Dawn was heralded by calls of Bokmakierie pairs, Grey-Winged Francolin and displaying larks. The frostiness of the dawn had us pulling balaclavas down low and zipping thick winter jackets high as our fingers battled to work the camera’s settings. On advise, a visit to the glacial striations were made as wisps of cloud started to fill with the pinkness of the dawn. Skeins of African Sacred Ibis, South African Shelducks, Egyptian Geese and Blue Cranes criss-crossed the skies and good sightings of Karoo Korhaan and Ludwig’s Bustards were had in the open fields. Taking a slow drive through the surrounding area took us past wetlands where Cape Teals dabbled, White-Breasted Cormorants flapped their wings hard to shake off excess water and Red-Knobbed Coots busied themselves with nest building by pulling reed-stems into a pile in the safety of open water. An African Marsh Harrier quartered low over the reed-beds and startled a Grey Heron that was standing patiently and motionlessly in the shallows. Three-Banded Plovers, Blacksmith Lapwings and Cattle Egrets snatched at insects on the edges of the wetland and Le-Valliants Cisticola and Southern Red Bishops darted amongst the reed beds. 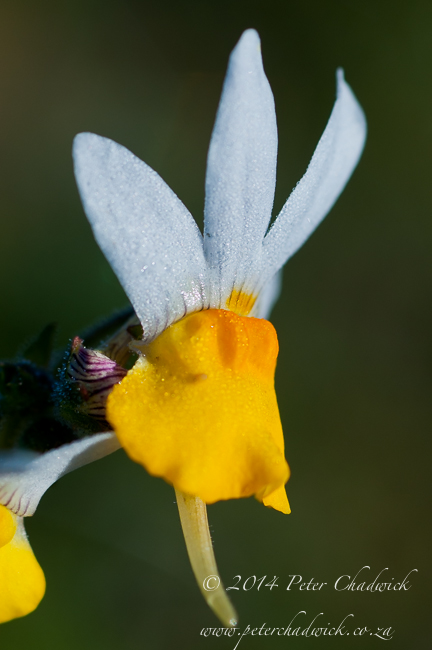 Passing back through the Papkuilsfontein homestead for a warm brew, Karoo Thrush scuttled amongst the leaf litter together with Karoo Scrub Robin and the ever-friendly Cape Wagtails. Speckled Pigeons lined the roves of the sheds and provided a not-to-be-missed opportunity for a Lanner Falcon that swept in at speed and plucked a hapless pigeon into the air for the falcons breakfast. 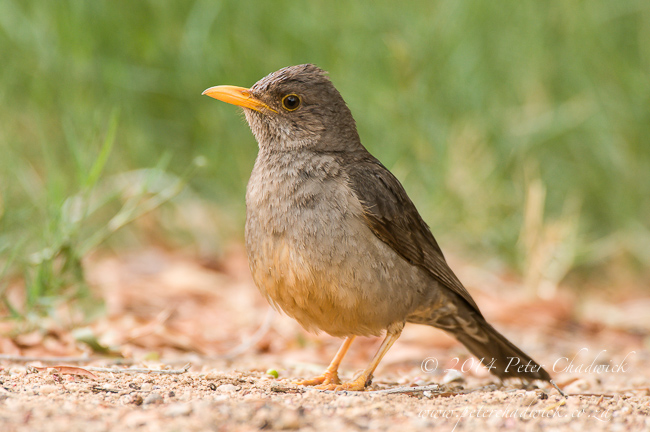 After a mid-day siesta, we left our campsite and drove across to the other highly recommended “must see” of Nieuwoudville, namely the Quiver Tree Forest. Flocks of Crowned Guineafowls scratched amongst the dirt of un-ploughed fields sending dust high into the air that attracted small families of Cape Francolin who joined the outskirts of the guineafowl flocks. Yellow Mongooses and Small Grey Mongooses also dashed about the open fields chasing up African Pipits as they continuously searched for food. Reaching the forest in time to find the best photographic spots there was still ample time for some birding which turned out to be extremely productive by adding Karoo Lark, Cape Long-Billed Lark, Familiar Chat, Pale Chanting Goshawk, Cape Grassbird, Southern Grey Tit and African Hoopoe. Amongst the flowering Quiver Trees, emerald green male Malachite Sunbirds protected feeding patches and lower down Dusky Sunbirds and Lesser Double-Collared Sunbirds fed on rich energy giving nectar. Climbing up on the steep scree slope to gain a suitable view over the surrounding landscape, we watched as the sky turned first from a deep pale blue, then to a pinkish purple that slowly gave way to the darkness of the night, wrapping up an exciting two days of birdwatching, photographing beautiful flowers and enjoying the warmth and hospitality of all at the Papkuilsfontein Farmstead. 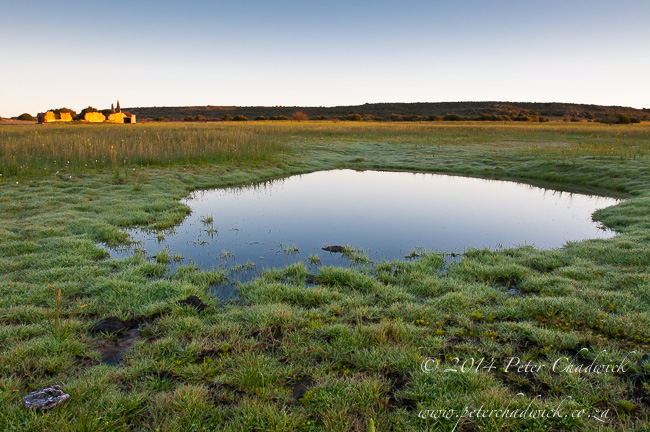 9 of 12. Wetland spring on Papkuilsfontein Farm

Season and weather: Nieuwoudville falls between the summer and winter rainfall area with good winter rains being imperative for good spring flowers. Summers are very hot while in winter temperatures can plummet to an icy cold 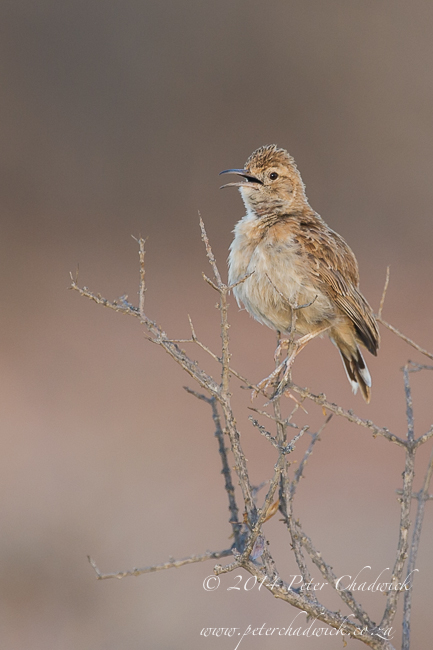 Habitats: This is farming country with extensive agricultural fields. In the surrounding area dry rocky scrub occurs. The nearby Knersvlakkte is an endangered habitat type. The area is world famous for its wild flowers and a very high diversity of bulb species. Flowers are best viewed in spring. 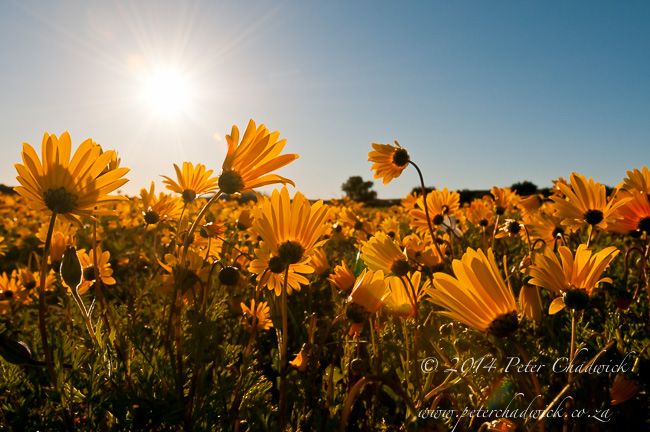 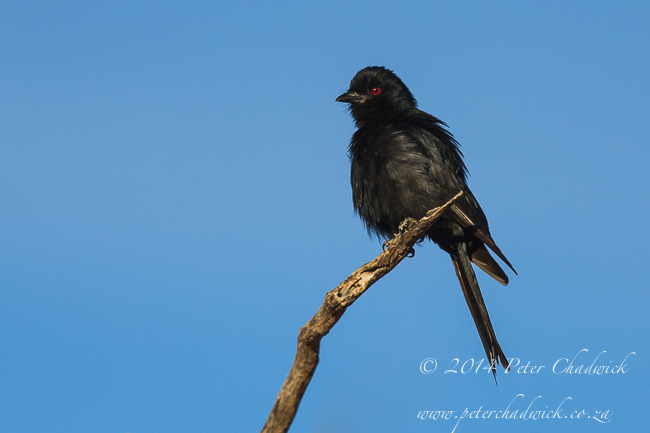 Getting There: Nieuwoudville is most easily reached by following the N& north of Cape Town past the towns of Citrusdaal and Clanwilliam. At Vanrhynsdorp follow the R27 to Nieuwoudville

Accommodation & Activities: A variety of accommodation exists at Papkuilsfontein and ranges from camping through booking into self-catering chalets. A restaurant is also available on site. Activities include, visiting the waterfall and canyon, swimming, walking the numerous hiking trails through to bird and flower watching.