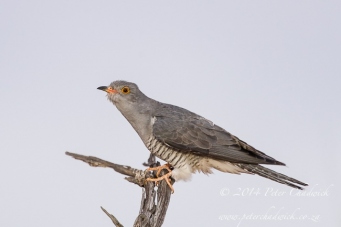 The large-eyed faces of three Southern White-Faced Owl chicks starred down at me with inquisitive bobbing heads from the upper branches of a dense acacia tree and as I turned my head to the left to look into the adjacent tree, I also noticed a Pearl-Spotted Owlet peering out at me from a hollow in the knarled branch of the camel thorn acacia. The sign at the entrance to the camp had said, “Welcome to Mata Mata” and this double sighting of owls was indeed a thrilling welcome as I alighted from my vehicle to walk towards reception.

My overnighting at Mata Mata camp alongside the Namibian border and within the Kgalagadi Transfrontier Park was the final leg of a weeklong stay in the park. I had just driven across the rolling dunes from the Nossob riverbed.  The sky was grey and overcast and the coolness had kept both animals and birds active throughout the day, enhancing viewing and photographic opportunities for me. At the Dikbaardskolk Picnic-Site at the start of the dune road, I had taken a mid-morning refreshment break and was soon joined by a throng of Sociable Weavers that hopped between my feet, landed on my coffee mug and pecked at my sandwiches without the slightest worry about my presence. Slightly shier Cape Glossy Starlings, Southern Grey-Headed Sparrows and even a pair of Crimson-Breasted Shrikes that had a recently fledged youngster in tow soon joined the more blatantly begging Sociable Weavers. 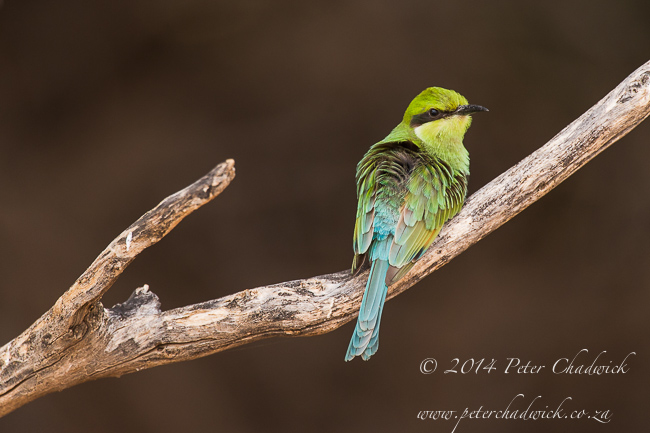 My thirst and appetite satisfied, I was back in my vehicle and driving between the rolling red sand dunes with their wavy green and yellow grasslands that were interspersed with Shepard’s Trees and acacia trees. Southern Pale Chanting Goshawks and Lilac-Breasted Rollers were regular sightings as they perched on high vantage points and more excitingly, Kori Bustards also seemed to be plentiful, walking slowly between the dips and crests of the dune fields. Grey-Backed Finch-Larks and Larklike Buntings erupted from the roads verges as I drove past and in the shrubs, Chat Flycatchers and Fork-Tailed Drongo’s perched, ever on the lookout for insect prey. 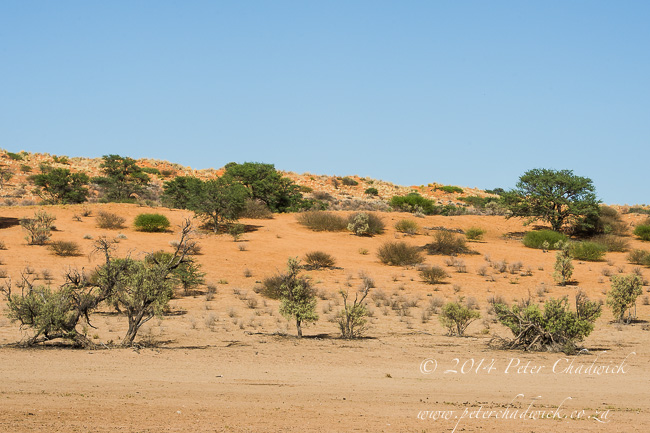 A flock of Ostrich startled a small family of Suricates that scampered at speed back to a den site from where they cautiously surveyed their surroundings for signs of predators. One of the Suricates then climbed up to the top of a small shrub and began a bout of guard duty as the rest of the family either cleaned out the entrances of the den or searched for food in the soft red sands. Two small pups followed another adult Suricate, constantly uttering begging calls and only being momentarily satisfied when the adult left wriggling grubs for the pups to feed on. Northern Black Korhaan males stood on dune crests giving their rusty pump-like sounding calls and the shyer females walked quickly away every time that I slowed down to have a better look at them. In one of the roadside signposts, a pair of Ashy Tits must have had young as the adult birds repeatedly carried small food items to the pole, disappearing into its hollow depths. Greater Kestrels flew slowly over the grasslands, stopping occasionally to hover on the wing before dropping down to snatch up their prey item. 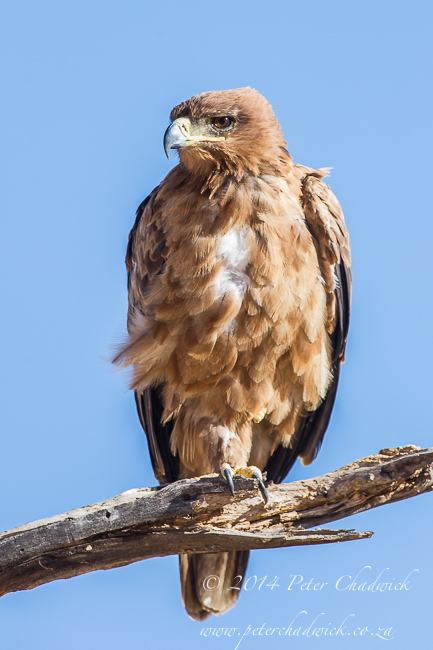 Leaving the dunes behind me and finally dropping down into the narrow stretches of the Auob Riverbed, I chose to take the longer route towards Mata Mata camp by following the various loop roads that also passed close to several waterholes. Springbok herds were abundant and the newly born lambs were chasing one another, bounding and pronking in huge leaps as the adults watched lazily from the shade of large trees, flicking away irritating flies with twitching ears and constantly wagging tails. At one of the waterholes a herd of 17 Giraffe drank briefly before settling down to rest, with one of the adult males struggling to collapse its long legs under it as another male wandered between the females testing their oestrus state.

Crimson-Breasted Shrikes hopped between the fallen seedpods of camel thorn acacias, flicking the seedpods aside to find small hairy caterpillars that were then first beaten and then rubbed against a branch before being swallowed. Cape Crows joined the shrikes and dug up fat grubs with their dagger like bills. In the branches above, Common Scimitarbills, Pririt Batis’s and Chestnut-Vented Tit-Babblers gleaned insects from between the bark and Marico Flycatchers used the outer branches of the trees as prominent perches from which to survey their surroundings. At Dalkieth Waterhole, a lone Secretary Bird bathed and drank briefly as flocks of Red-Headed Finches, Black-Faced Waxbills, Speckled Pigeons, Yellow Canaries, Cape Turtle Doves and Namaqua Sandgrouse also came to drink. In a large acacia tree nearby the waterhole an adult Verraux’s Eagle-Owl peered out at me with droopy eyes and pink eyelids as I drove slowly past. 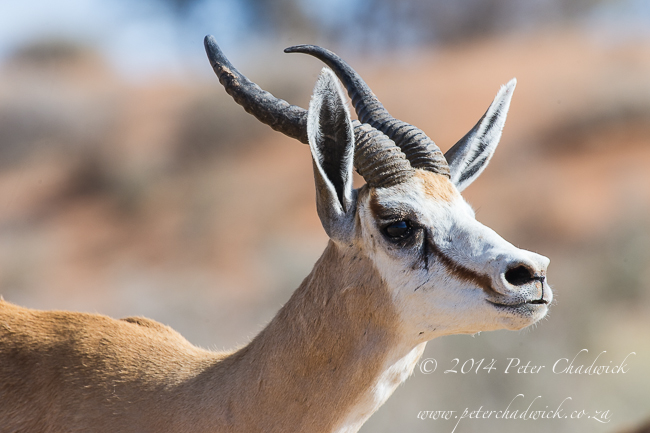 With the onset of summer and with rain having fallen a few weeks earlier, many of the birds had young or where still in the process of breeding. White-Browed Sparrow Weavers and Scaly-Feathered Finches collected dry grass stems that were carefully woven into their untidy looking nests. Marico Flycatchers, African Hoopoe, Fork-Tailed Drongo’s, Ant-Eating Chats, and Common Fiscals all had recently fledged chicks that constantly followed the adult birds soliciting with loud calls and low hanging shaking wings. In the low banks of the roads edges, Swallow-Tailed Bee-Eaters nested in long burrows with several nests occurring within a short distance. Cuckoos were also common with Jacobins and Dideric’s Cuckoos calling constantly and the highlight was an African Cuckoo that was perched at the top of a dead tree allowing easy photography of this normally elusive bird. 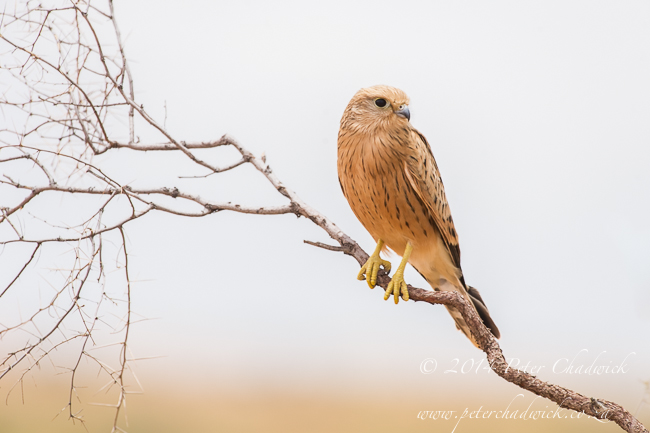 Driving ever closer to the Mata Mata camp, raptors became more plentiful with White-Backed Vultures and Tawny Eagles nesting in the crowns of the acacia trees and Black-Breasted Snake-Eagles pairs bathing at most waterholes. The smaller raptors frequented the waterholes where Gabar Goshawk, Red-Necked Falcons and Lanner Falcons hunted smaller birds as they came into drink, swooping in and sending the small birds into panicked flight to try and evade the highly effective hunters. 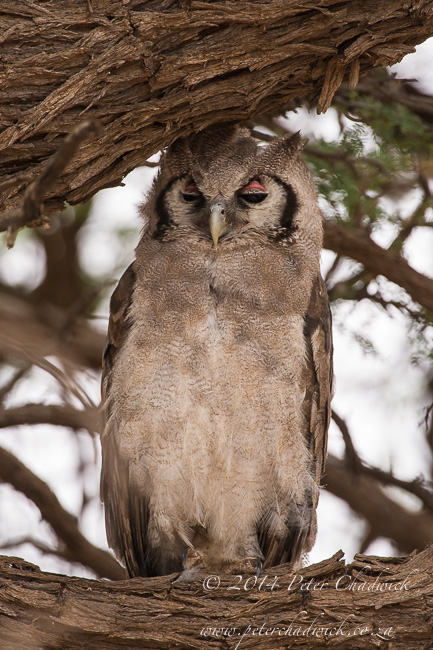 On the final stretch up to Mata Mata, the road veered away from the riverbed to climb over a dune field. Here, male Ground Agamas with their orangey bodies and blue heads sunned in the tops of the Rhigozum bushes and cast me a beady eye as I drove past. Brant’s Whistling Rats had their burrow systems at the bases of the shrubbery and their high-pitched alarm calls could be easily heard as I tried to stop and watch them. By sitting silently and patiently, I was able to observe the rats slowly emerging from their burrows again where they continued with feeding and grooming, only scattering back underground when a Slender Mongoose put in an appearance. 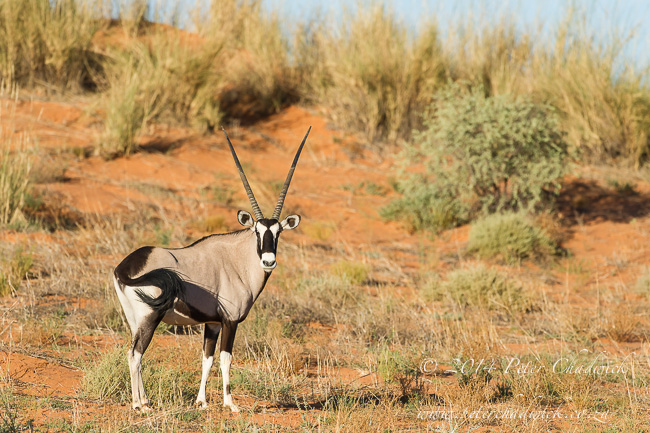 Finally, after settling in at my chalet at Mata Mata, I took quick advantage of the late evening light to wander through the camp grounds, finding Groundscraper Thrush, Striped Kingfisher, Shaft-Tailed Whydah, Rock Martin and Rufous Cheeked Nightjars that ended an eventful days birding as Spotted Eagle Owls hooted in the distance and a pride of lions began to roar. 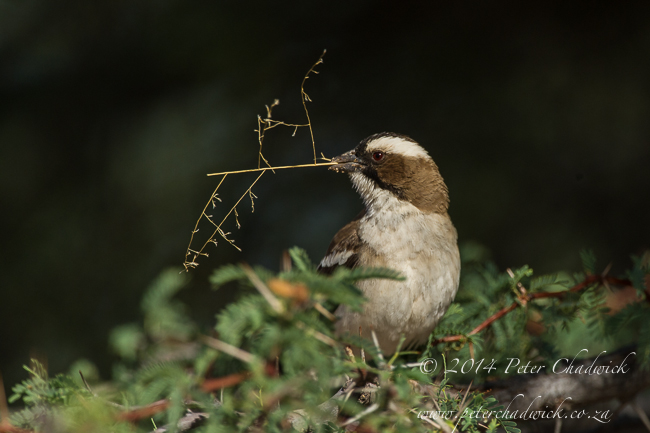 Season & Weather: This is a harsh an unpredictable land where water is scares with less than 50mm of rain falling per year. Temperatures in summer are extremely high while nights can be chilly. Nighttime temperatures in winter can fall to minus 10 degrees C.

Getting There: The Kgalagadi Transfrontier Park is most easily reached from South Africa via Upington. The entrance to the park lies 260kms north of Upington and is well signposted 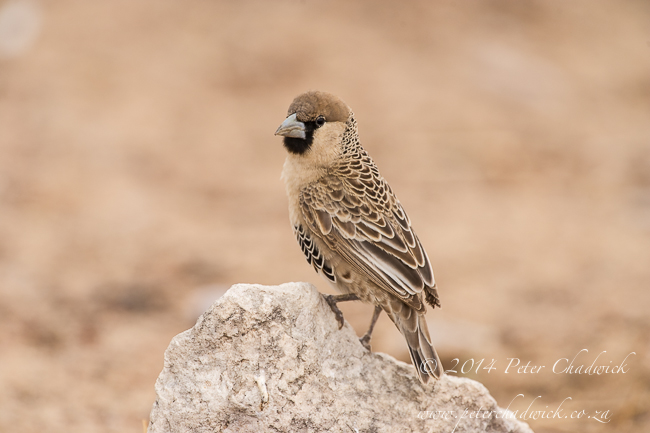