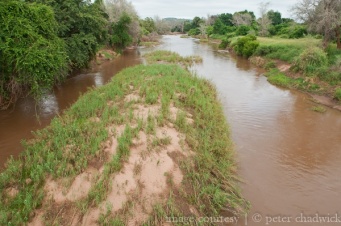 Pafuri is without doubt one of the countries premier birding destinations.

Situated in the extreme north-eastern corner of South Africa on the border with Zimbabwe and Mozambique, Pafuri lies in the lowveld between the Luvuvhu and Limpopo Rivers. Geology of the area largely comprises of Basalts which allow for dense tree savanna with mopane and bush willows dominating. Along the Limpopo and Luvuvhu floodplains Fever Trees, Sycamore Fig and Ana Trees dominate. Baobabs are scattered in the drier areas. Vegetation is lush and green and difficult to see through during summer but this is when the best birding can be expected with an influx of migrant species. Over 450 species of birds have been recorded here with many of the countries specials such as the elusive Pel’s Fishing Owl, Crested Guineafowl, White-Crowned Lapwing and Black-Throated Wattle-Eye being found here.

Best Time to Photograph
Undoubtedly, the best time of the day for photography is early morning when birds are particularly active. Game tends to approach the water from mid morning to late afternoon. Photography at the Pafuri Picnic site may be carried out throughout the day.
Type of Photography
Best Time of Year
Photographic Tips
Driving slowly along the road network is the best way to find photographic subjects and it is best to have a window mount or bean bag in place on the window and your camera on your lap or close by to allow for quick response to when a subject is found. Due to high summer temperatures be sure to carry extra drinking water.
Recommended Gear
Window mount and telephoto lenses are a must for photographing birds in Pafuri.

Season and Weather
Summer is the hot and wet season, when afternoon thunderstorms can be expected. Temperatures sore into the 40 degrees plus. Winters are cooler and vegetation is drier and easier to see through.
Habitats
Other Activities

Closest Town
Musina
Getting There
Pafuri can be approached via Musina through the Pafuri gate or from the south of Kruger National Park via the H1-8 rd.
Address
Pafuri
Tweet