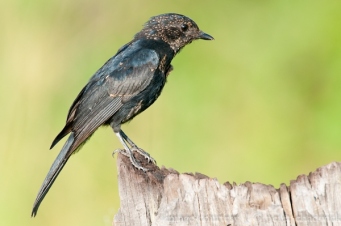 The Polokwane Game Reserve with its close proximity to Johannesburg conserves the Pietersburg Plateau false grassland. This is home to a number of important endemic birds including the Short-Clawed Lark and Ashy Tit.

21 species of game, including White Rhino can be found here. There is an excellent network of roads that cover the various habitats and there are also a number of hiking trails. Because most of the Pietersburg Plateau false grassland has been transformed by agriculture, the only enduring examples are found in and around the Polokwane Game Reserve.

Season and Weather
Situated at around 1300m above sea-level, the Polokwane Game Reserve is very dry and hot. Late afternoon thunderstorms can be expected during summer months, while winters are generally mild with cold evenings and nights.
Habitats
Other Activities
Guide/s Available
Eden Routes Eco-Safaris
Joe or Lisa Grosel
Telephone/Fax : +27 15 263 6473
Cellular : +27 82 415 5250 or +27 83 380 2322
E-Mail : This email address is being protected from spambots. You need JavaScript enabled to view it.
www.edenroutes.co.za

Closest Town
Polokwane
Getting There
From the N1, turn onto the Tzaneen by-pass road (R71/R81). Turn right onto the Silicon Road at the second intersection and travel on for another 800m. The reserve entrance is on the right.
Address
Polokwane Game Reserve
Tweet