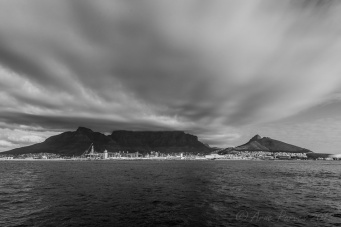 A trip to Robben Island is a must for any South African. From its early history until recently the island has been used as a prison, first by the Dutch Settlers and most recently as the gaol for ANC political prisoners, most notably former President Nelson Mandela, who led South Africa out of the Apartheid era and into a new multi-racial society after becoming the country's first democratically elected president.

Since the end of the 17th century, Robben Island has been used for the isolation of mainly political prisoners. The Dutch settlers were the first to use Robben Island as a prison. Its first prisoner was probably Harry die strandloper in the mid-17th century. 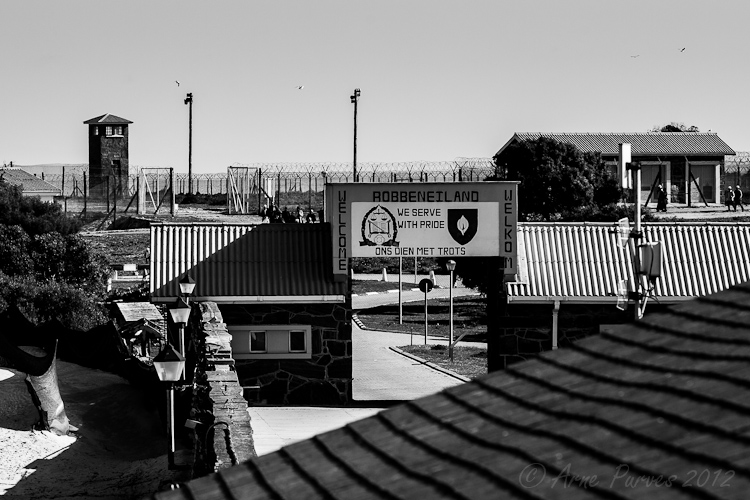 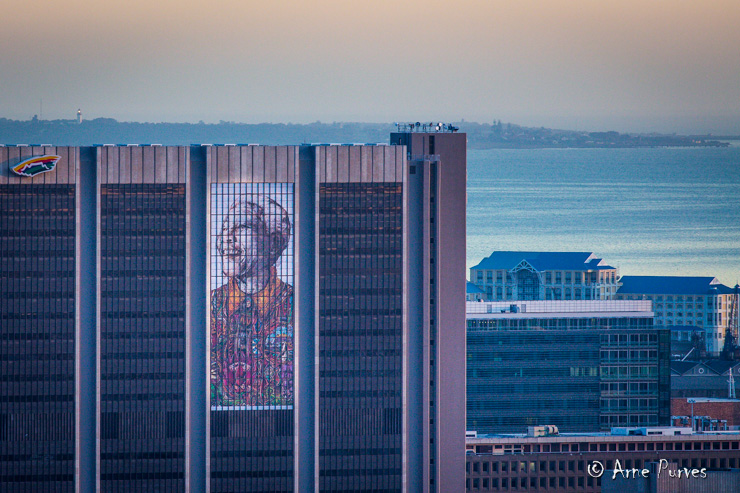 Nelson Mandela's image on the Cape Town Civic Centre, with Robben Island in the backround

Amongst its early permanent inhabitants were political leaders from various Dutch colonies, including Indonesia, and the leader of the mutiny on the slave ship Meermin. After a failed uprising at Grahamstown in 1819, the fifth of the Xhosa Wars, the British colonial government sentenced African leader Makanda Nxele to life imprisonment on the island. He drowned on the shores of Table Bay after escaping the prison. 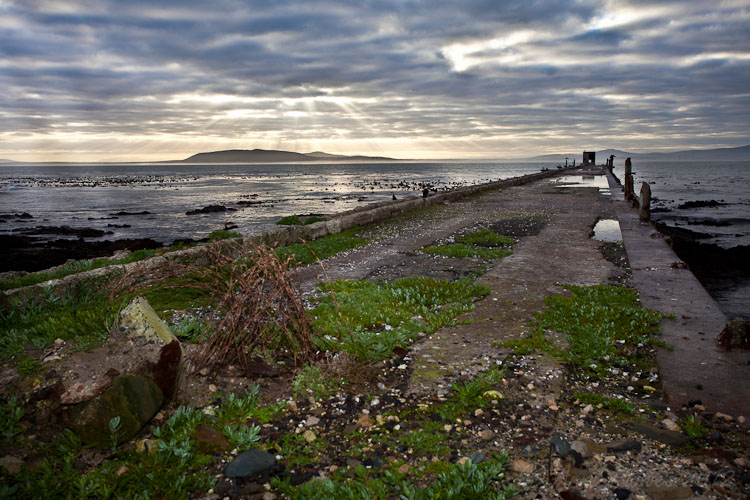 The view of the old pier, looking towards Blaauwberg Hill. Barbed wire a stark reminder of the island's past

In April 1891 the cornerstones for 11 new buildings to house lepers were laid. After the introduction of the Leprosy Repression Act in May 1892 admission was no longer voluntary and the movement of the lepers was restricted. Prior to 1892 an average of about 25 lepers a year were admitted to Robben Island, but in 1892 that number rose to 338, and in 1893 a further 250 were admitted. 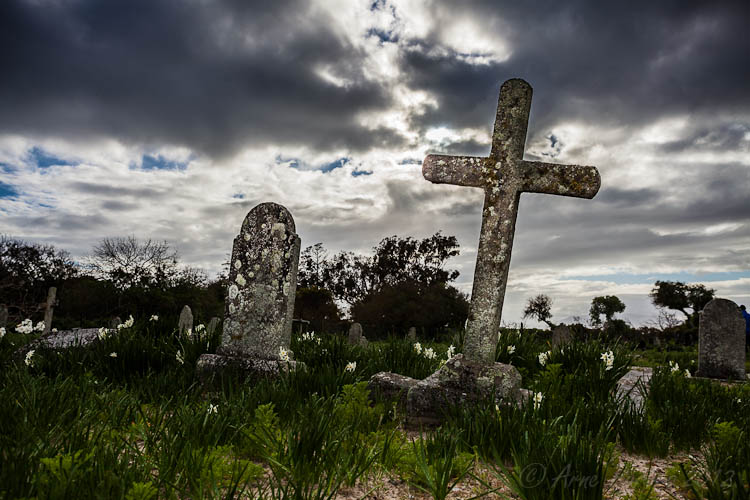 Gravestones in the Leper graveyard

During the Second World War the island was fortified and guns were installed as part of the defences for Cape Town. It was also used as a prison. 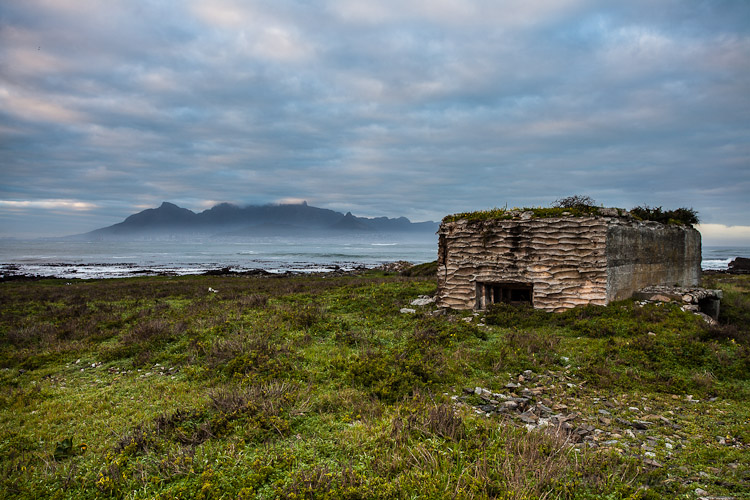 Fortified gun placements with Table Mountain in the background

Jan van Riebeeck first set a navigation aid atop Fire Hill (now Minto Hill), the highest point on the island. Huge bonfires were lit at night to warn VOC ships of the rocks that surround the island. The current Robben Island lighthouse, built on Minto Hill in 1864,is 18 metres (59 ft) high and was converted to electricity in 1938. 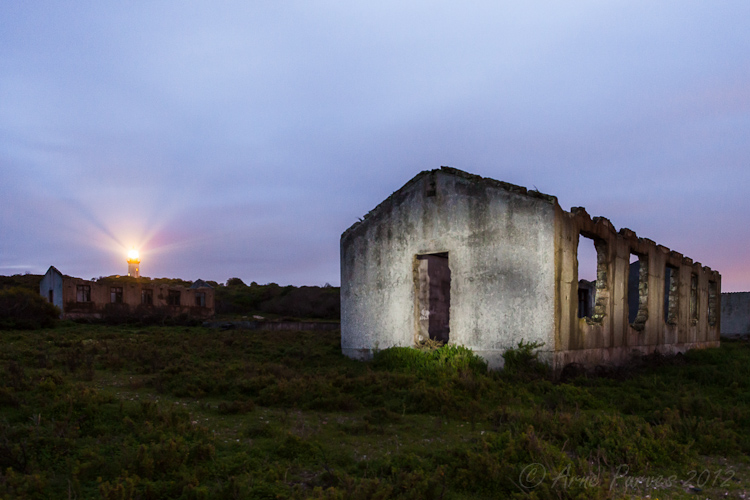 It is the only South African lighthouse to utilise a flashing light instead of a revolving light.Its light is visible for 24 nautical miles

The "Robben" means Seal in Dutch. The early wildlife on the island included mainly seals and seabirds, with African Penguins being the most common bird. Today the island is home to a variety of wildlife, much of which was introduced to the island. 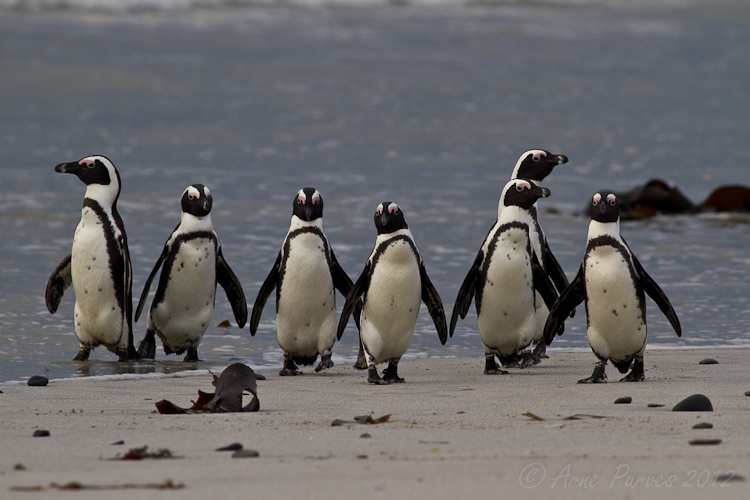 The African Penguin population has recovered somewhat after being completely exterminated in the early 1800's. 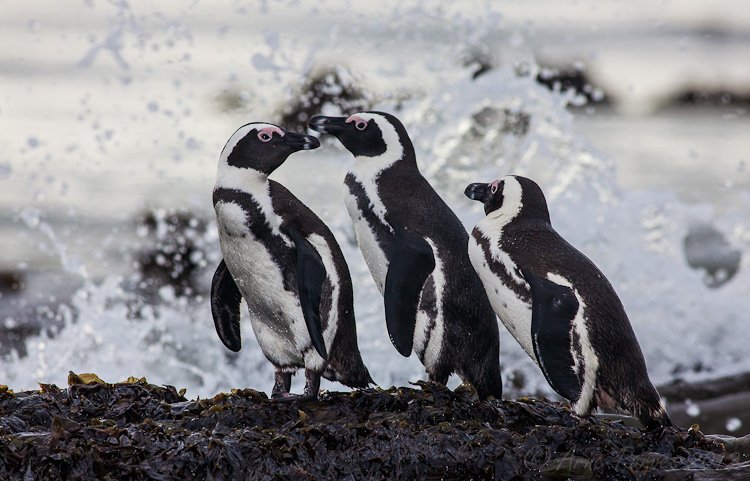 There are large Tern roosts and colonies of Hartlaubs Gulls on the island. The harbour has nesting colonies of Cape and Bank Cormorants. Pelagic seabird species can be spotted on the ferry trip to the island. 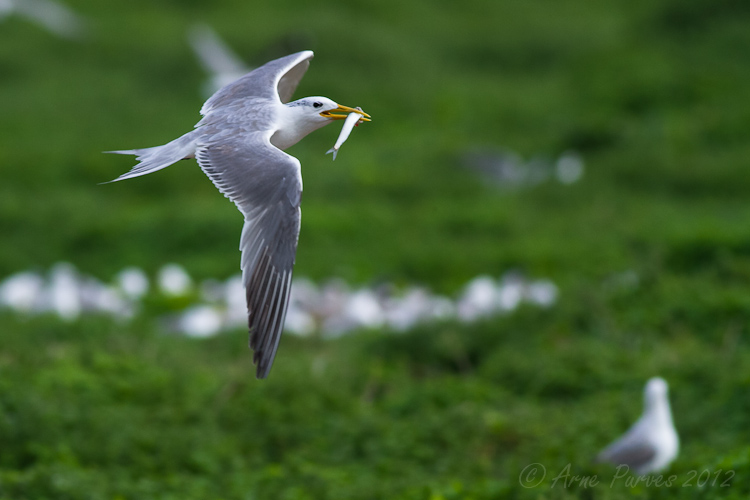 Swift Tern in flight with an anchovy in its beak 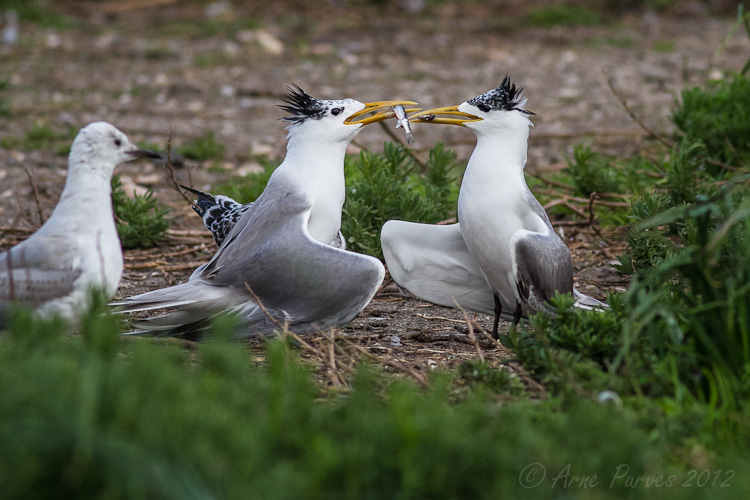 Swift Terns displaying with anchovies in their beaks 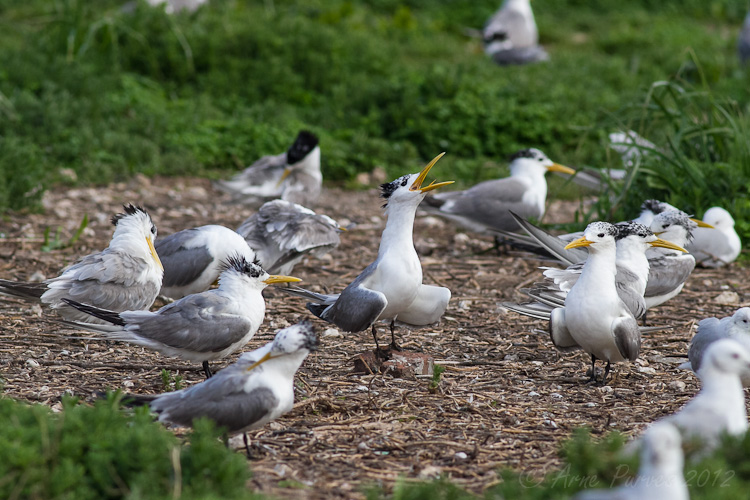 The "King" of the castle. A Swift Tern announces its dominance 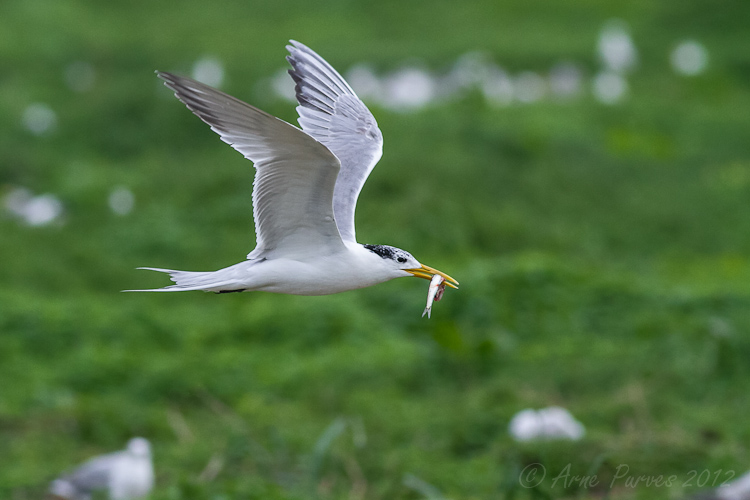 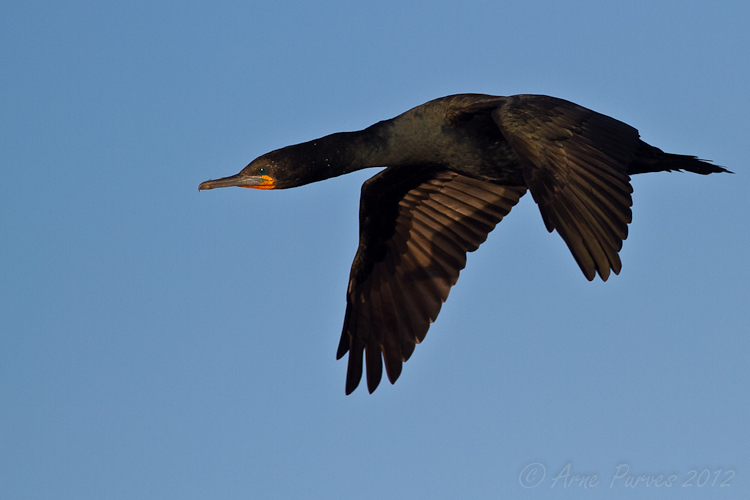 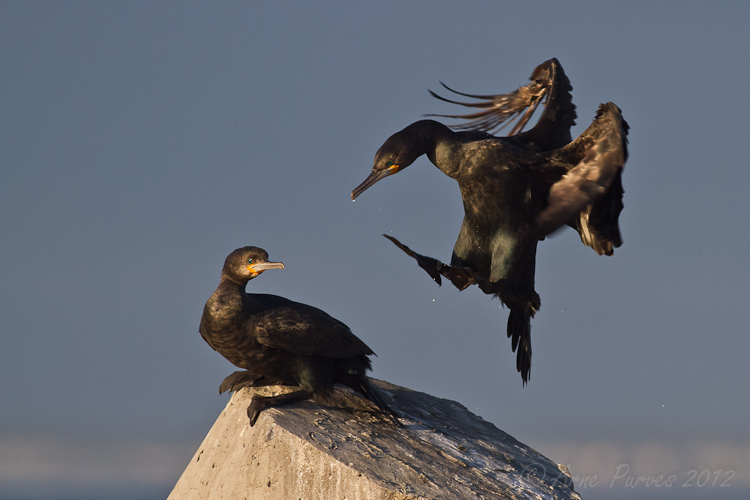 Cape Cormorants on a "Dollos" on the harbour wall 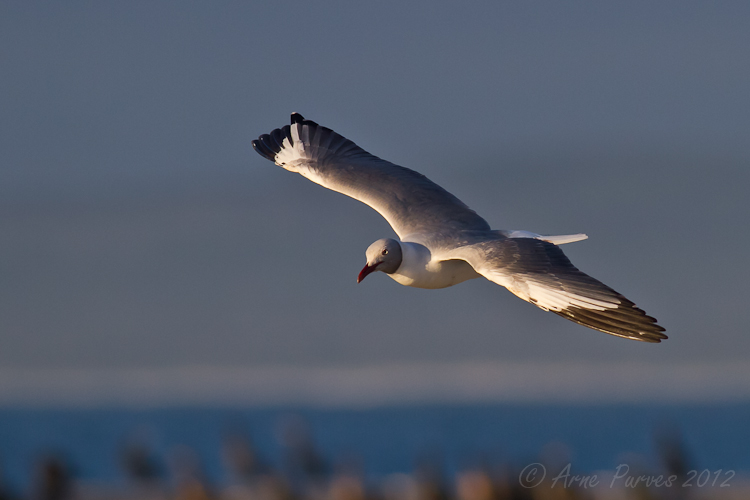 A Grey-headed Gull in flight 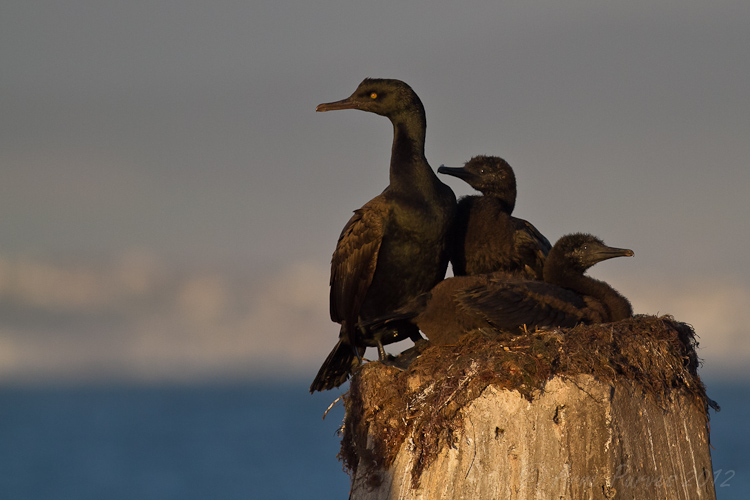 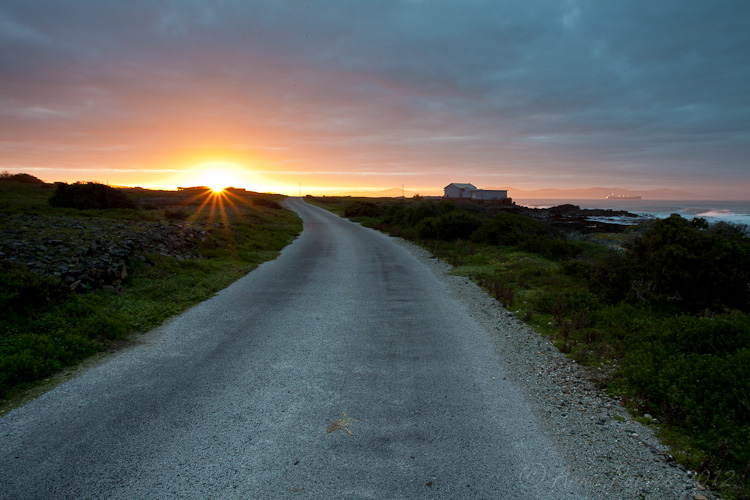 The ring round around the island at sunrise 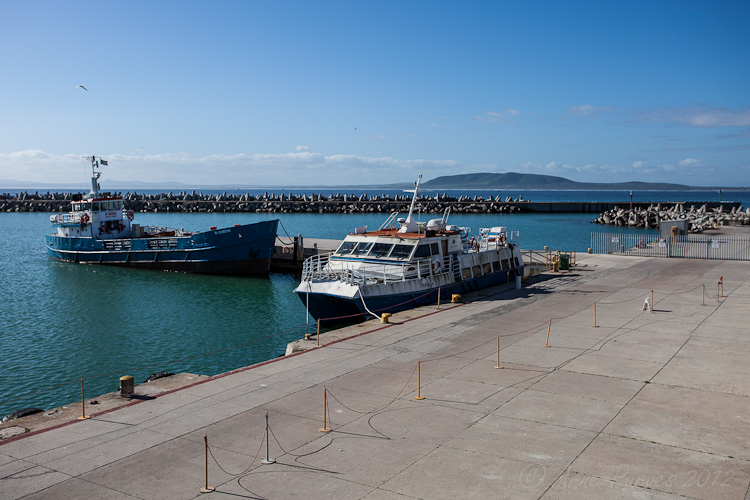 The transport boat and an old ferry in the harbour on Robben Island. The Dollosse can be seen at the back

Table Mountain stands as a bastion, overlooking the island