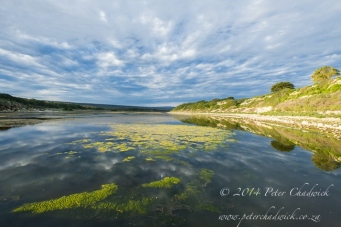 World Wetlands Day is on the 2nd February. It is important to recognise the conservation importance of these aquatic systems as they are vital in sustaining life around us.

The lowland reaches of rivers are largely unprotected and our wetlands are the most threatened of all South Africa’s ecosystems. 84% of our aquatic ecosystems in South Africa are vulnerable or endangered.

Only 18% of high water yield areas have any form of formal protection, with most protection occurring in the higher reaches. 48% of wetland ecosystem types are critically endangered.

These scary statistics are according to the 2011 freshwater component of the National Biodiversity assessment.

Water is scarce. Yet, we take it for granted, we waste it and we pollute it while nearly one billion people in the developing world don't have access to it. Already some 50 percent of Africans do not get enough acceptably clean water to live healthy lives and closer to home.

Our protected areas and particularly the catchments are critical water factories that supply much of our country with its drinking water and requirements for agriculture and industry. We need to ALL realise the importance of these catchments in the provision of ecosystem services and government must provides adequate funding for their proper management.

From a global perspective, around a third of the world’s largest cities obtain a significant proportion of their drinking water directly from protected areas. Our protected areas also safeguard numerous important estuaries where 60 – 90% of commercially important fish species spend some period of their life cycles. 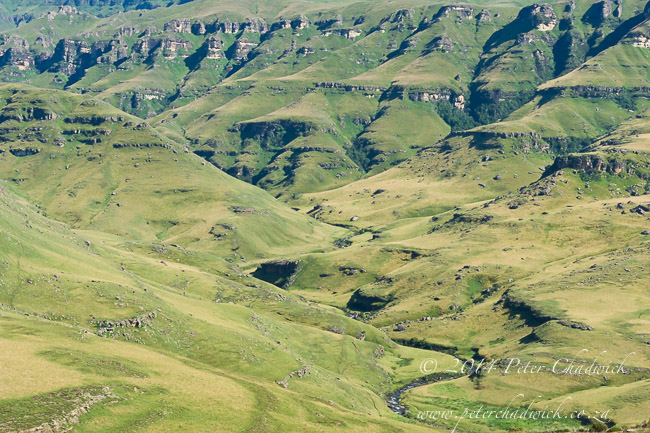 1 of 12.Drakensberg escarpment and winding Pholela River The Pholela River, which has its source high in the southern Drakensberg, cuts a winding path through the ancient landscape and deep gorges of the mountains. Headwater catchments receive high levels of rainfall and are the source of our major rivers. Just twelve per cent of South Africa’s land area generates 50% of our river flow. Many of these same areas are also under threat to mining. We therefore need to plan the development of our landscapes to protect our most important water, soil and biodiversity resources. 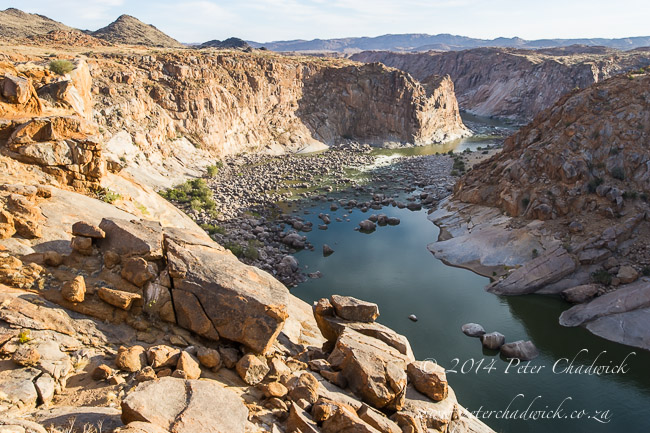 2 of 12.Orange River flowing through a steep sided gorge in the Augrabies Fall National Park. At 2200km in length and with a drainage area of more than 1 000 000 km2, the Orange River is fifth longest river in Africa. Rising in Lesotho, it flows westwards through South Africa, passing through steep sided gorges in the Augrabies Falls National Park before forming the border between South Africa and Namibia and finally emptying its contents into the Atlantic Ocean. The Orange River is a major source of hydro-electric power and irrigation water with 29 dams having been constructed along its course. 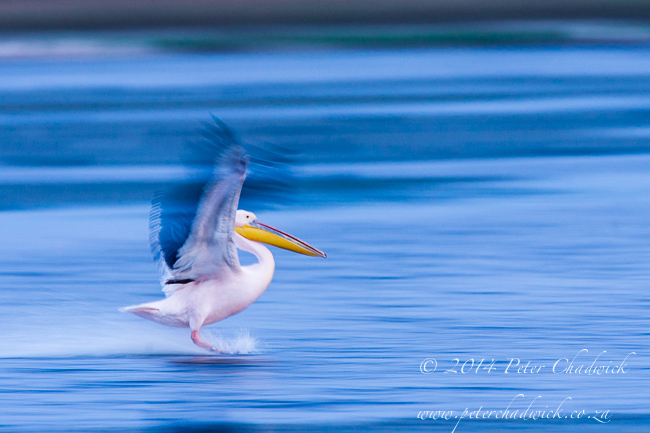 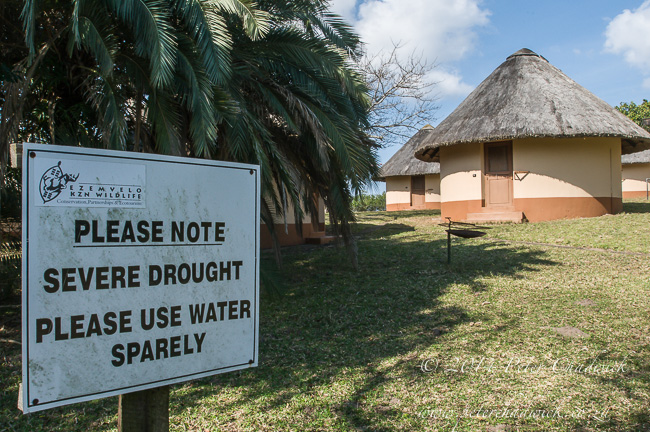 4 of 12.Drought As climate change increasingly impacts our planet, droughts and flooding will become more frequent. Climate change also highlights the importance of protecting our water resources from over-abstraction, degradation and the spread of invasive alien plants. The mountain catchments that lie within protected areas are critical in this regard as they are the primary source of our water supply. As an example, a fynbos mountain catchment can lose up to 68% of its water yield due to a dense cover of invasive alien shrubs or trees. 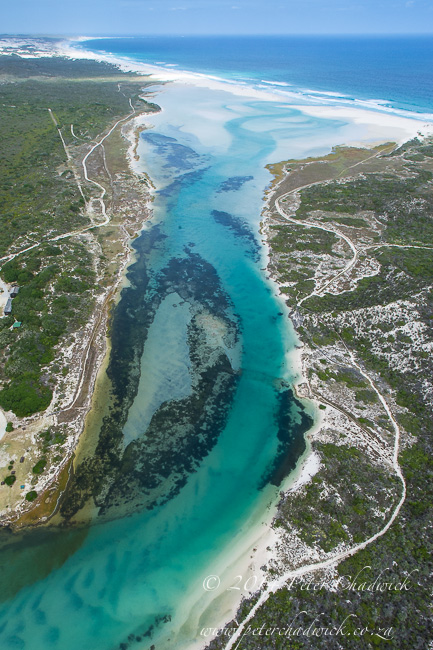 5 of 12. Aerial view of the Heuningnes Estuary at De Mond Nature Reserve: An aerial view of the Heuningnes estuary as it flows through the De Mond Nature Reserve and into the sea. Estuaries are among some of our most important coastal ecological features and rank along with tropical rainforests and coral reefs as the world's most productive ecosystems – they are even more productive than both the rivers and the ocean that influence them from either side. 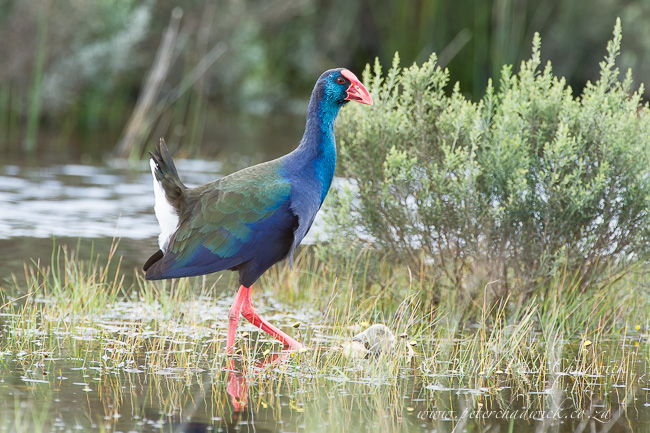 6 of 12. African Swamphen The Garden Route National Park is home to large estuarine lake systems and wetlands that are crucial providers of habitat for waterfowl such as this African Swamphen. More than half of South Africa’s wetlands have already been destroyed with severe consequences for water quality, consistency of water supply and flood control. Significant economic costs are incurred to prevent flooding, control invasive alien plants, control sedimentation and eutrophication and to rehabilitate these degraded wetlands. 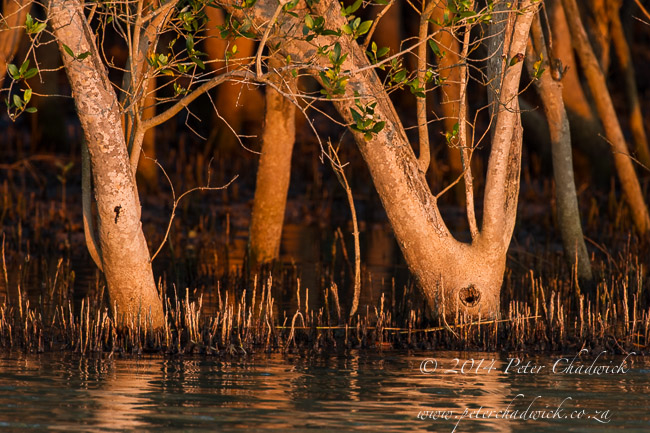 7 of 12. Mangroves The roots of these mangroves trees, that border line tropical wetlands and estuaries, stabilize the soil, preventing extensive damage from flooding. Wetlands provide the water and primary productivity that support high concentrations of birds, mammals, reptiles, amphibians, fish and invertebrate species. They are also important for the growing of crops upon which we depend. Rice, for example, which is a common wetland plant, is the staple diet of more than half of humanity. 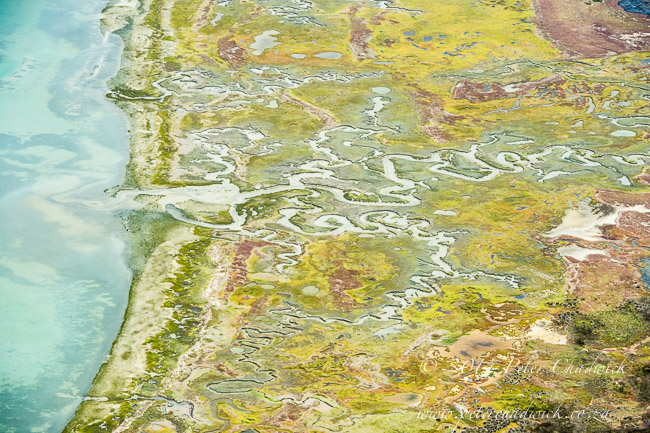 8 of 12. Langebaan Lagoon and Salt Marshes. The Langebaan Lagoon is one of South Africa’s internationally recognized wetlands and falls within the West Coast National Park. The lagoon and its surrounding wetlands and salt marshes support dense populations of molluscs, crustaceans and other invertebrates that are vital food sources for thousands of resident and migrating bird and fish species. The lagoon is also an important recreational destination, offering a number of well-placed bird hides along its shores together with a range of aquatic watersports and recreational fishing. 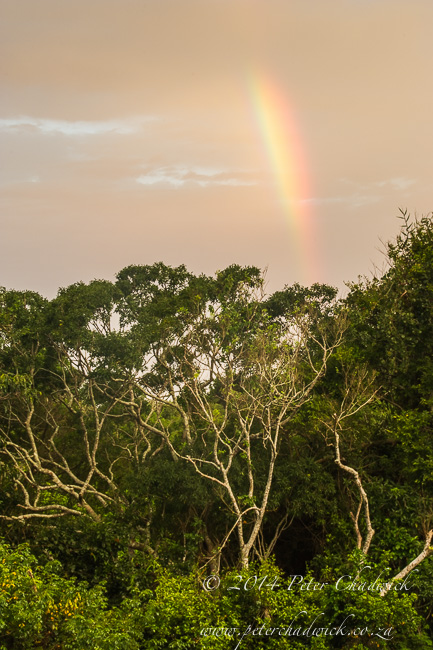 9 of 12. Dwesa Nature Reserve – Heavy Rain Heavy rain pelting down on coastal forests in the Dwesa Nature Reserve, allows massive trees to reach for the sky and form dense forests. Well-managed natural forests almost always provide higher quality water with less sediment and fewer pollutants than water coming from other catchments. As both urban and agricultural demands for water continue to rise, the value of natural forests as ecosystem service providers will increase and they will need to be managed as much for a sustainable supply of clean water as any other goal. 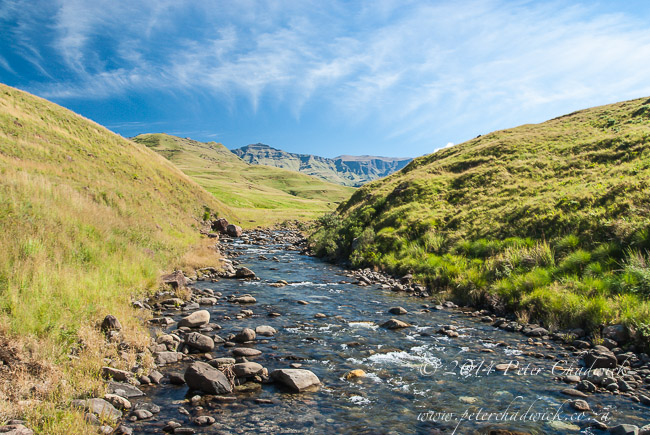 10 of 12. Lotheni Nature Reserve. The high rainfall along the uKhahlamba/Drakensberg escarpment generates many mountain streams and rivers, including the sources of the Orange River and the Tugela River. These mountains also have the world's second-highest waterfall, the Thukela Falls, which has a total drop of 947 meters. The rivers that run from the Drakensberg are an essential resource for South Africa's economy, providing water for the industrial provinces of Mpumalanga and Gauteng. 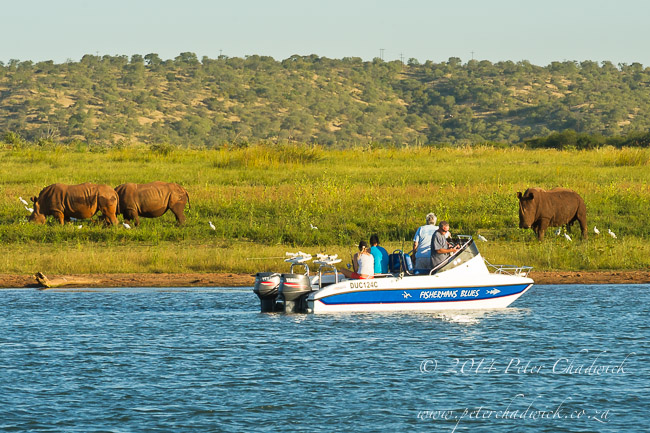 11 of 12. Recreational fishers & White Rhino: Recreational fisherman relax by tiger fishing from their ski-boat on Jozini Dam as a trio of White Rhino grazes on the shoreline in the background. The Phongola River, that has its source high in the Enkangala grasslands, enters the Pongola Game Reserve and flows into the 13 000 hectare Jozini Dam, offering a wide range of leisure activities. 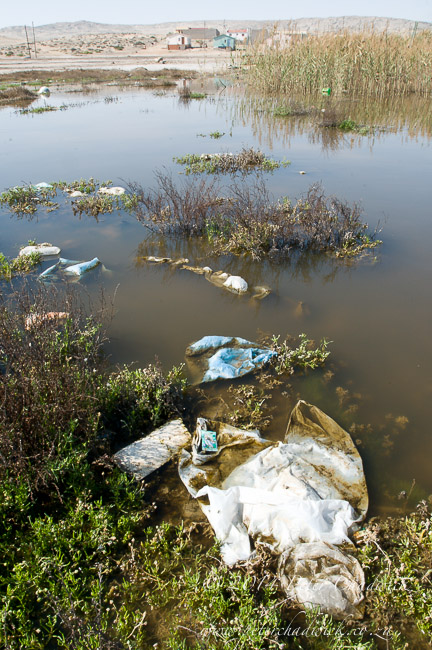 12 of 12. Polluted wetland. With ever increasing human populations, changing climates and looming water shortages on the horizon, we need to value every precious drop and each of us must do our utmost to save it and keep it pure! It is definitely encouraging to note the importance of our conservation agencies such as South African National Parks, CapeNature and Ezemvelo KZN Wildlife in protecting our water resources BUT saving water is everybody’s business. Water usage will continue rising, unless we as individuals make concerted efforts to reduce our usage and become more “water wise”. Make an effort and educate yourself on how to reduce your direct water footprint!