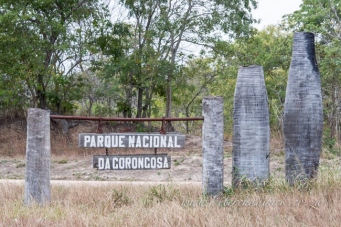 Gorongosa is a mist shrouded, mystical  mountain that is home to the Green-Headed Oriole. Close by the Gorongosa National Park is one of the wildest parks to be found in Africa. It was also the destination for the next leg of our birding journey through central Mozambique.

Our journey to Gorongosa started with a compulsory joining of the police convoy at the Save River Bridge. We arrived early at the bridge and joined in the queues of vehicles and throngs of people that were awaiting the police escort.

For others that have to undertake this trip, it would be wise to note that NO PHOTOGRAPHY should take place at the bridge or while waiting for the convoy. One of our party had a very close call when police were keen to confiscate a camera that was used to take a few memorable snapshots! 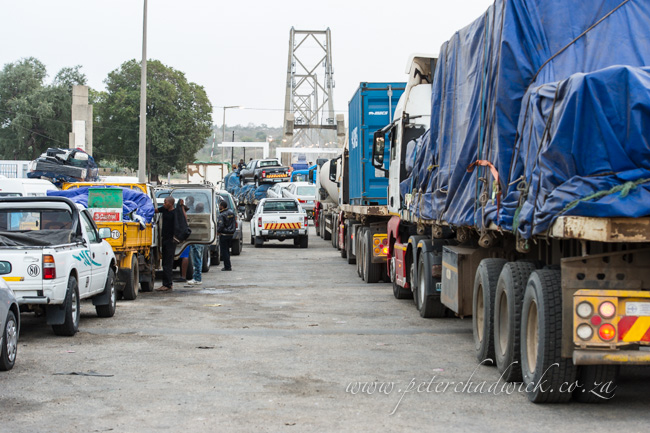 1 of 12. The long rows of lorries and vehicles awaiting the police escout across the Save River.

The convoy proceeded smoothly and we were soon at the entrance of the Gorongosa National Park after having made quick birding stops at the Buzi and Phungwe River bridges. Alpine and Mottled Swifts were viewed wheeling high in the sky. We also stopped in a patch of Miombo woodland close to the entrance of the park. Although we had hoped to find Racquet-Tailed Roller, the woodlands were rather quiet and the only memorable sighting was a family of Red-Winged Warblers. 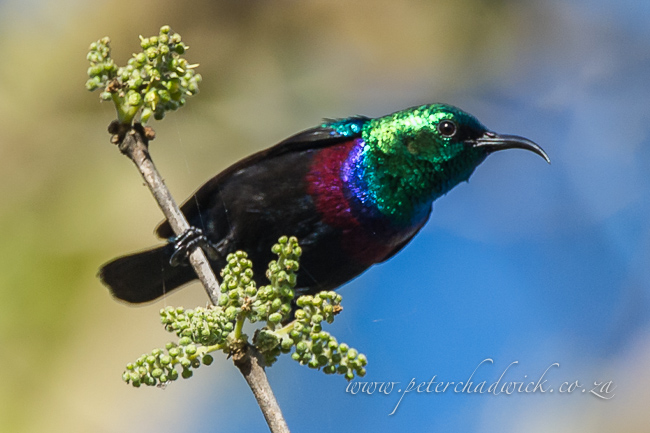 2 of 12. A male Purple_Banded Sunbird flashes his bright colors in the early morning light.

With it already being late afternoon, we headed to the Nhambita camp that was to be our overnight accommodation and which is in very close proximity to the entrance of the Gorongosa National Park. An African Hawk Eagle pair greeted our arrival and later as the sun set both Wood Owl and Spotted Eagle Owl joined us in the camp.

3of 12. The toruist camp at Gorongosa National Park is an excellent place to view relaxed Collared Palm Thrushes.

A pre-dawn start had us at the entrance gate to Gorongosa National Park as it opened to visitors and before long, Trumpeter Hornbills, Brown-Headed Parrots, Bateleur, African Goshawk, Collared Palm Thrushes and Red-Throated Twinspots were viewed amongst the dense vegetation of the Park. 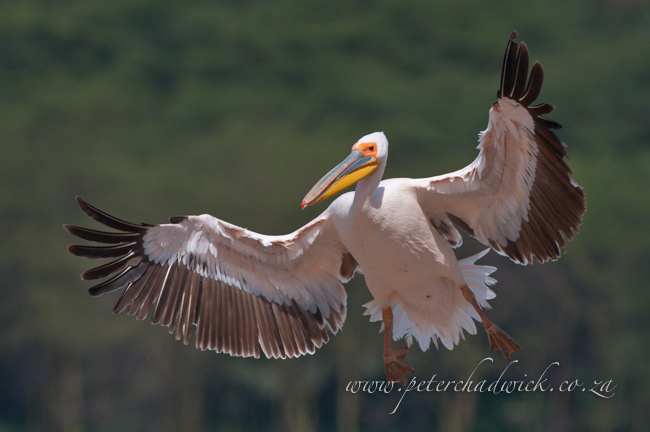 4 of 12. A Great White Pelican comes into land on the vast wetland in Gorongosa National Park. 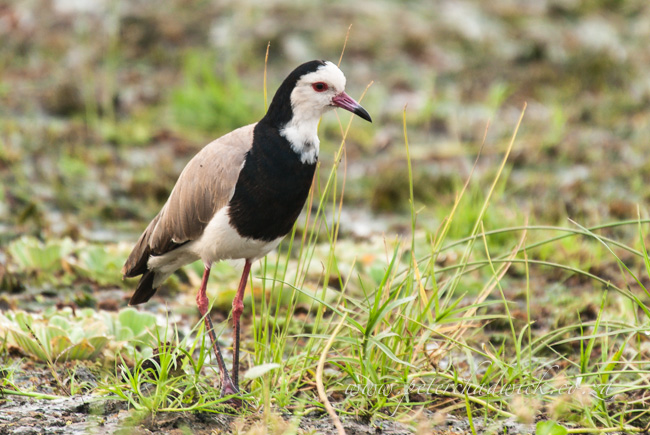 5 of 12. Long-Toed Lapwings may be viewed feeding around the edges of the wetland at Gorongosa National Park.

The real attraction of Gorongosa National Park is the extensive wetland system and short grasslands where thousands of waterbuck, oribi and common reedbuck rest and feed. 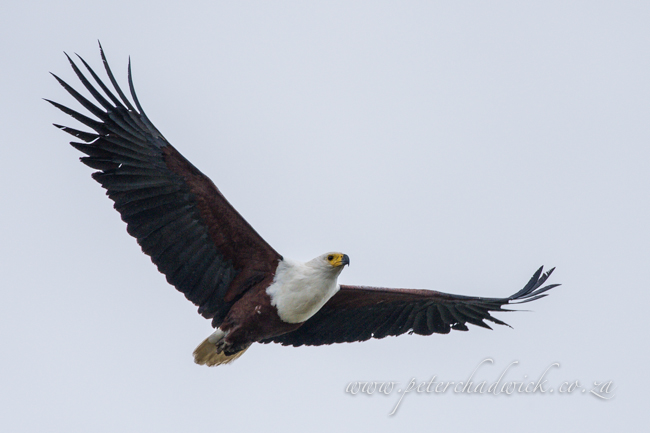 6 of 12. African Fish Eagles are plentiful at Gorongosa National Park and we were even fortunate enough to watch a pair courting.

Birdlife is prolific around this water-logged landscape and flocks of waterbirds are constantly circling overhead. It was an incredible sight to watch the massive flocks of Great White Pelicans, Pink-Backed Pelicans, Yellow-Billed Storks, Marabous Storks, African Openbills and African Spoonbills feeding in the shallow waters while African Fish Eagle flew constantly overhead. 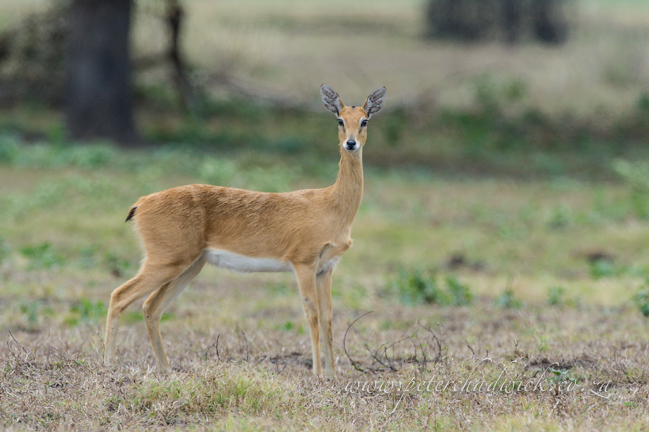 7 of 12. On the grassy plains around the wetland, thousands of waterbuck feed and there are also good numbers of Oribi, which is an uncommon animal to view in South Africa. 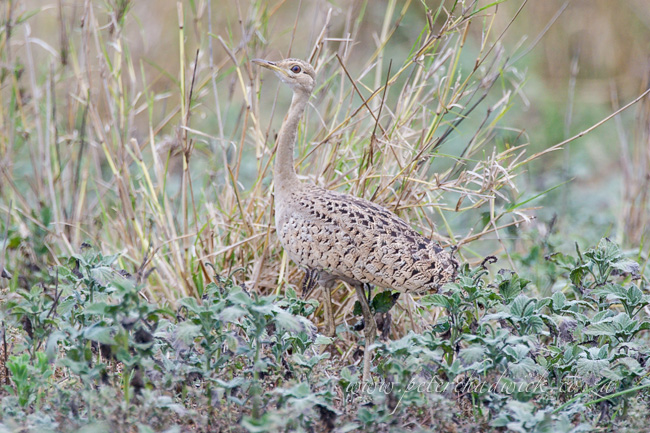 8 of 12. A Black-Bellied Bustard freezes to blend in with its surroundings and in the hope of not being seen. 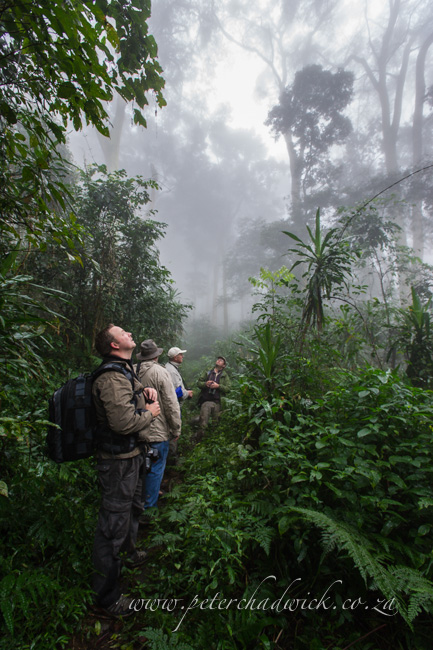 9 of 12. Birdwatching in the mist forest of Gorongosa Mountain, means craning ones neck skywards into the treetops.

Sadly, the day passed rather rapidly and we were soon back in our overnight campsite and preparing for our trip to the Gorongosa Mountain. The next day dawned with a slightly overcast sky and as we drove up a slippery muddy slope near the base of the mountain, thick mist enshrouded us, reducing visibility greatly. This only added to the mysteriousness of the mountain and while trudging into the forest itself, we had regular views of Variable Sunbirds, Livingstone’s Turaco and Orange-Breasted Waxbills. 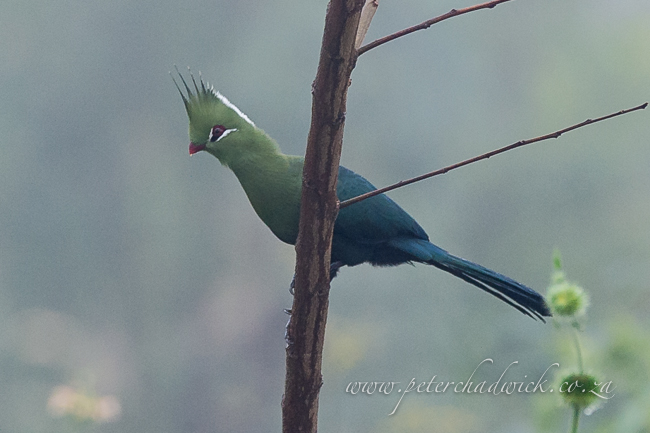 10 of 12. A Livingstone's Turaco perches briefly in the open before disappearing again into the mist forest.

It was an absolutely amazing experience to enter into the mist forest itself where trees towered way above us and the wetness from the mist accentuated and saturated the colors around us. Finding a suitable spot, we sat and waited to listen for a birding party and it was not long before we were well rewarded with views of Green-Headed Oriole, White-Breasted Cuckoo-Shrike, Black-Headed Apalis and White-Tailed crested Flycatcher. 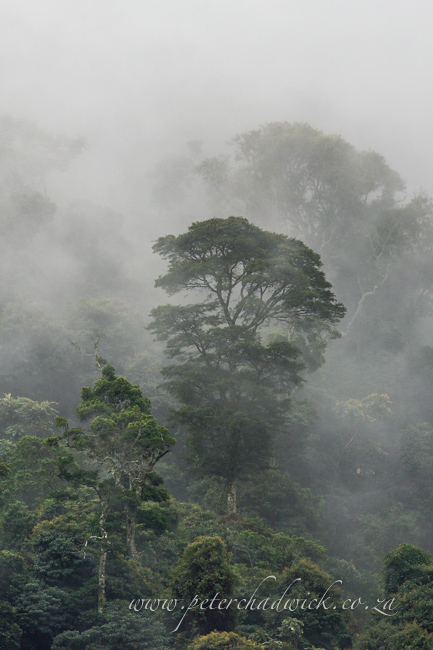 11 of 12. Massive trees break through the swirling mist on the slopes of Gorongosa Mountain.

Our journey out of the forest passed local homesteads where the occupants came out to greet us with friendliness and dignity, despite the extreme poverty in which they lived. The brief visit to the misty, mysterious, magical mountain was without a doubt, one of the top highlights of my entire trip to Mozambique and it is certainly an area that I hope to return to and spend a couple of days further exploring the mountains slopes and crown. 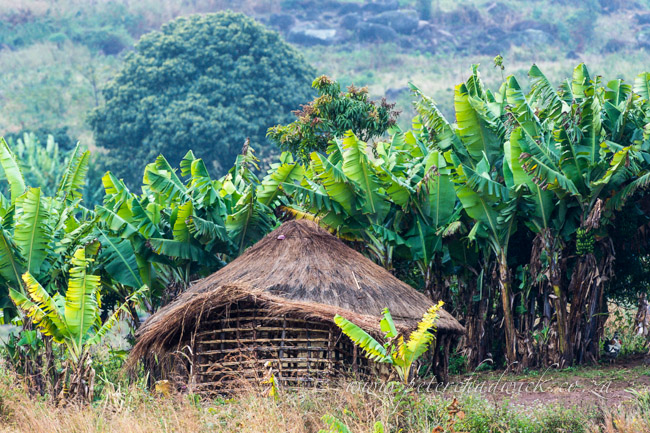 12 of 12. A partial built homestead surrounded by banana plantaions on the lower slopes of Gorongosa Mountain.

jrHidden 0/birding-mozambique-gorongosa-national-park-and-mountain-part-2.html0
Please enter the security code.
503com_contentcom_content52detail
Peter, you have done it again, I always enjoy your bird reports in "Country Life".
It's also nice to know who has done all the hard work - I was an Honorary Officer in Underberg when you were in charge of Cobham. Thanks for sharing this. Pamela Commented byPam KleimanSeptember 10, 2013

Peter, you have done it again, I always enjoy your bird reports in "Country Life".
It's also nice to know who has done all the hard work - I was an Honorary Officer in Underberg when you were in charge of Cobham. Thanks for sharing this. Pamela