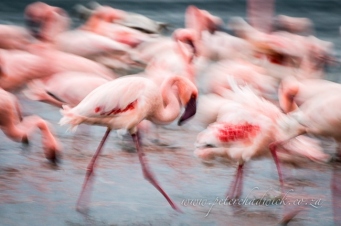 Photography is an art form. It is about using your own individual creative vision and ability to capture a moment in time. By Maximising the potential of your equipment and manipulating the availability of light you can nurture and expand your own creativeness and move beyond technically perfect images!

With the technology in today’s digital cameras, it is so easy to point the camera in the direction of a subject and shoot a technically perfect image.

However, too many people see the technically perfect image as the “winner” without putting much thought into creating something memorable and different. We live in an incredible world where the diversity and beauty of the environment should be showcased in many more ways and it is important to remember that true photography as an art form begins where technique ends.

We need to be far more deliberate in what we want our images to say and in order to do that we need to plan in advance the images that we wish to capture. One of our failures as photographers that results in boring similar looking images is that we rush around hoping for an image to "pop" into our frame as opposed to creating the image that we actually want.

However, with creativity it is sometimes just as important to go out and play and experiment. By playing, you test the full capabilities of your camera, your own individuality and most importantly, you discover. Creativity is all about discovery and “what if I did this” moments. Through this discovery, you understand how the tool in your hands works and how you can push the limits. Often, the playing will result in images that get tossed in the bin, but occasionally you come up with something really different and award winning.

Along with creativity comes the art of patience. Patience is one of the greatest “tools” that we can pack into our photographic toolbox, be it sitting for hours with a pride of sleeping lions in order to capture just that millisecond when they wake up and play with one another or for waiting for the suns rays to shine through the cloud cover and perfectly light up the landscape that you are looking at. Below is a selection of images where I have tried to come up with something different to the norm – some you will like and perhaps others you will not, but hopefully this will get your mind thinking differently about wildlife and outdoor photography! 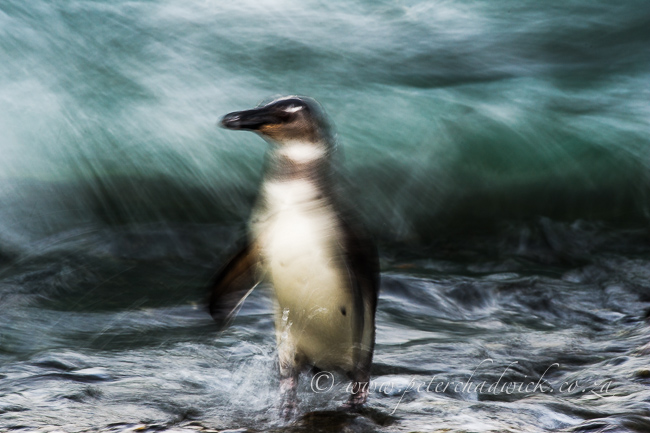 1 of 10: Slow Shutter Speeds: This is perhaps one of the most commonly used techniques for capturing slightly unusual images and is mostly used in low light conditions. It is usually most effective when the background is moving – in this case a breaking wave – while the main subject is more or less static. Experimentation is needed to find the right mix of shutter speed and movement in the image. 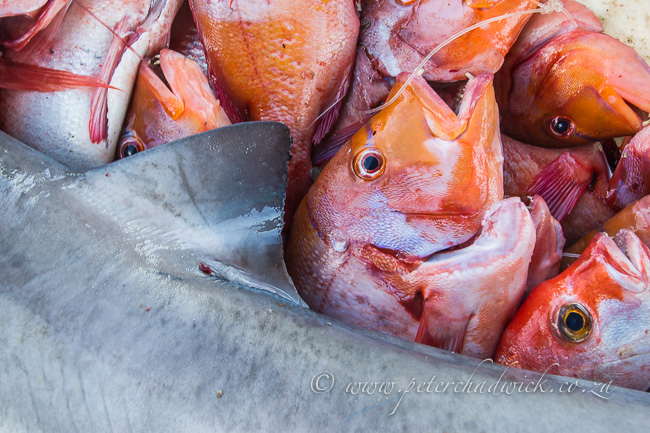 2 of 10: Patterns: In this image of a fishers catch of Red Roman and Red Stumpnose fish, the diagonal line of the grey shark adds impact to the image, maximizing the use of patterns and colour in the image. 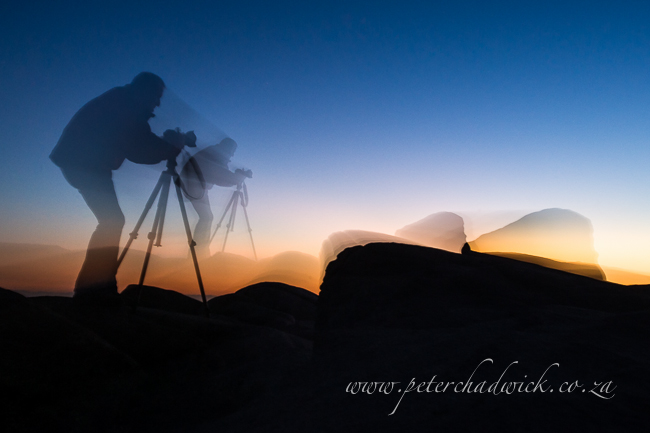 3 of 10: Zooming: For this image of a photographer at dusk along the coastline, I set up my tripod with a 70 – 200mm f/2.8 lens. I then opened the lens to its widest at 70mm and using a slow shutter speed, took the photograph while rotating the zoom to its maximum 200mm. 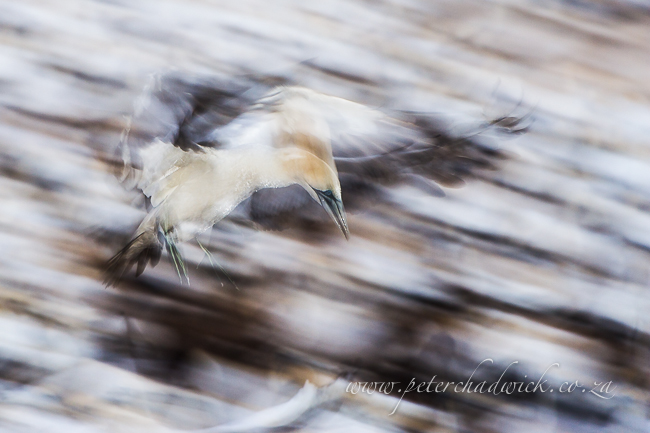 4 of 10: Panning movement and freezing with flash: Panning and slow shutter speed combinations create the impression of movement in a subject and generally work best at 1/15th or 1/30th second. In this case, I followed the movement of a fast flying Cape Gannet returning to roost and “froze” the moment with flash set to rear-curtain sync. 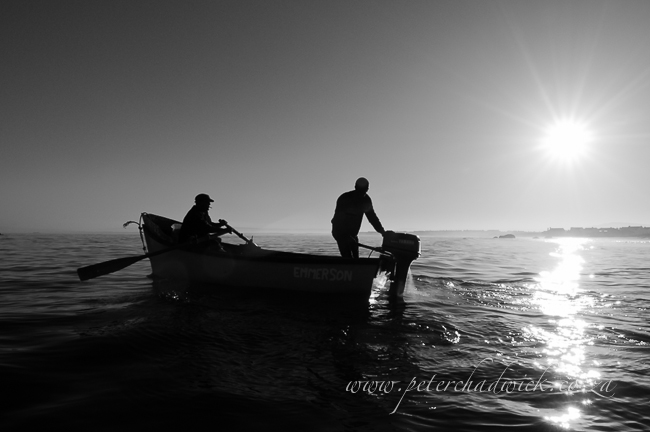 5 of 10: Black & White: Black and white images are excellent for harsh lighting conditions and accentuate shadows, highlights and lines. This creates a moody and thought provoking image. 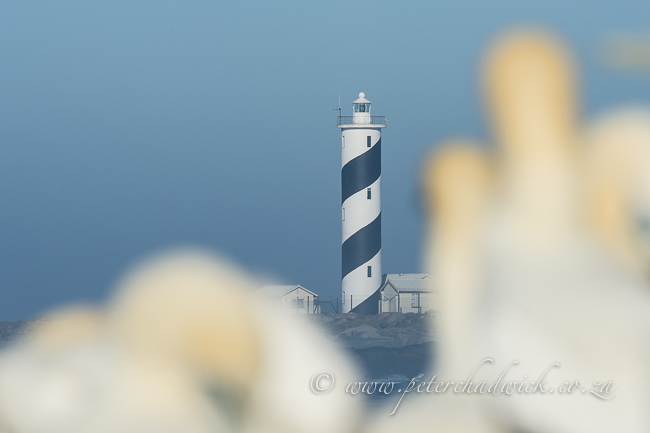 6 of 10: Depth of Field: In this image, I deliberately used a shallow depth-of-field  (f/4) to blur out the yellow and white Cape Gannets so that they accentuated and framed the distant lighthouse that was in perfect focus. 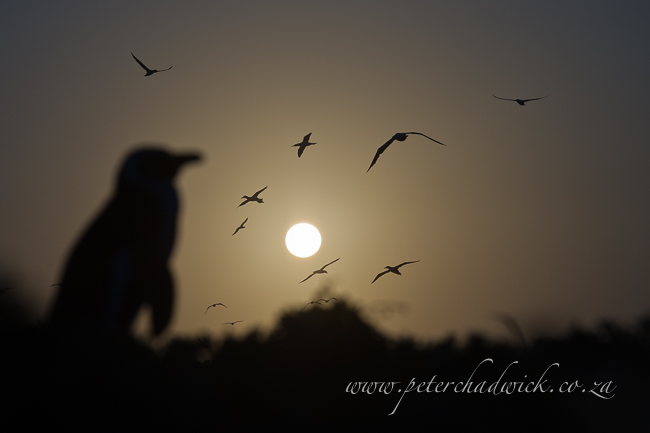 7 of 10: Off-focus: Deliberately using off-focus on your main subject in an image can create a powerful effect that helps to tell a story. In this case, I deliberately did not focus on the prominent African Penguin in the left third of the frame and wanted to use the image to tell the story that African Penguin numbers are plummeting and the species is “fading towards extinction” and therefore needs our conservation support. 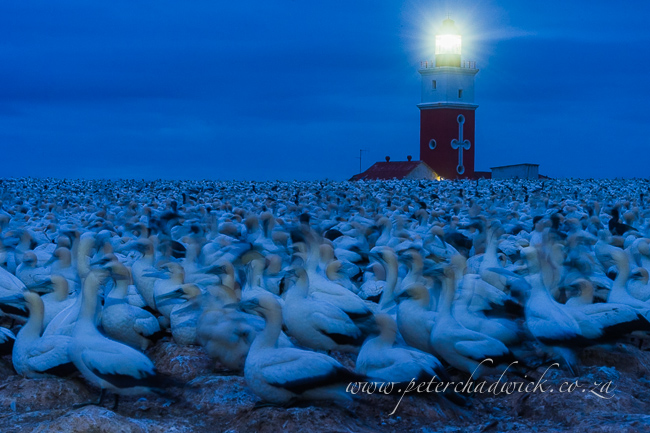 8 of 10: White Balance: White balance as a camera setting can be used effectively to create different moods for a specific image. In this case, I wanted a “cooler and calmer” image that better depicted the late dusk/blue hour when these Cape Gannets returned to their overnight roost on Bird Island and when the lighthouse shone its protective light over the seas. 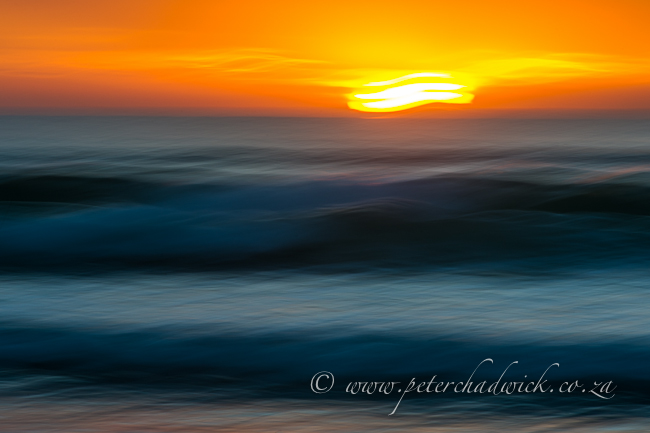 9 of 10: Counter panning: Sitting on the coastline at dawn one morning, the scene in front of me was rather boring with relatively flat seas and an uninteresting sky. Out of boredom, I began to play around with counter panning and in the process created this image that is different and hopefully interesting. 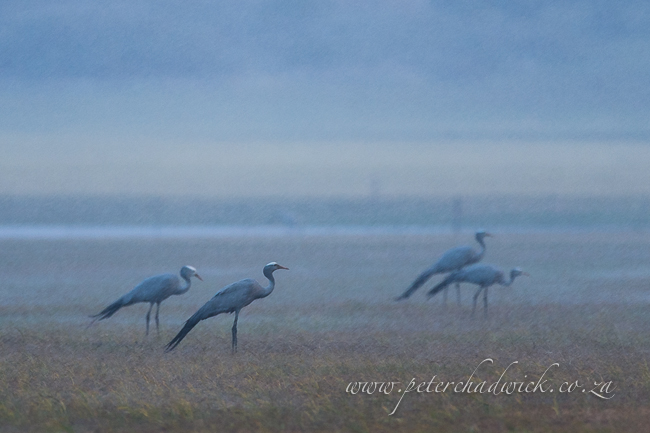 10 of 10: Using bad weather: Too often, we believe that photography can only take place in good crisp light and we shy away from cloudy or bad weather. In this case, I wanted an image that showed the Blue Cranes as never photographed previously and so went out in the middle of a winter’s storm with heavy rain. The final image, shot in very low light almost gives the impression of a painting.