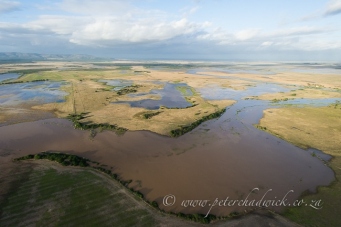 On the 6 January 2014 an unseasonally large weather front slammed into the Western Cape dropping a deluge of rain over a four-day period and flooding vast areas and affecting weather patterns as far north as the Kalahari.

The Agulhas Plain, situated in the Overberg of the Western Cape lies within the Cape Floristic Region and is both a biodiversity hotspot and important farming area. Rain that fell during the latter months of 2013 heavily saturated the soils of the Plain, filling dams to capacity and forming large pans in low-lying areas.

The advent of the unseasonally heavy rain in early January 2014 combined with the already saturated soils burst river banks, flooded dams and pans and forced flooding waters into the surrounding flat landscape of the Agulhas Plain.

Below is a small selection of images taken of the flooding. Special thanks must be given to Jean Tresfon for kindly taking me up as a passenger in his gyro-copter and allowing me to get an aerial perspective of the flooding. 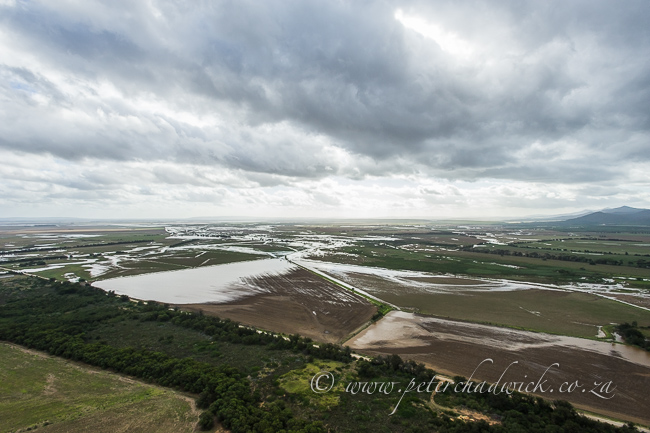 1 of 15. An aerial view of flooded farmlands lying to the south of Bredasdorp and as the tail of the weather pattern passes overhead. 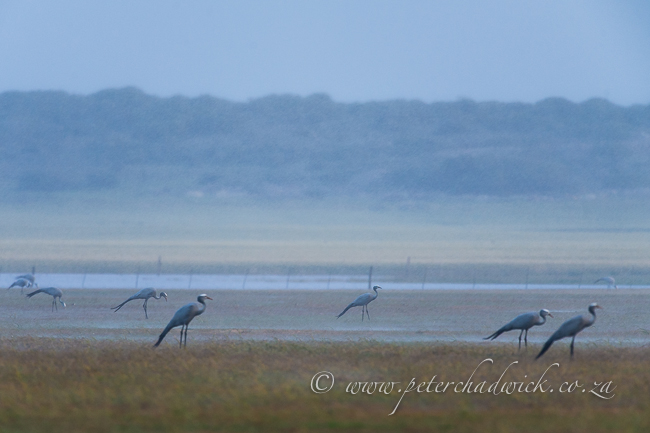 2 of 15. A small flock of Blue Cranes stand facing into the rain as the farmlands already begin to flood. 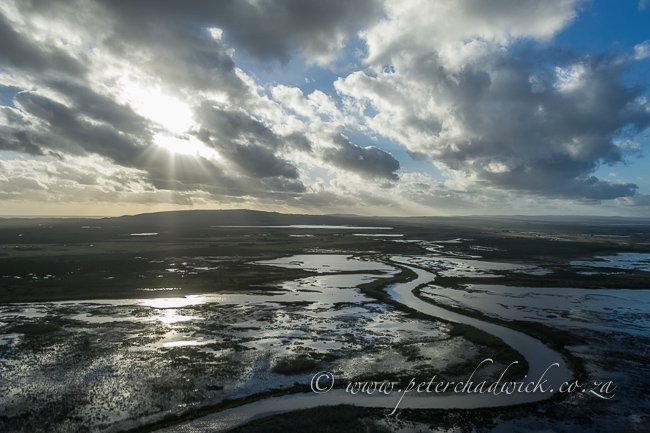 3 of 15. An aerial view of the Soetendals vlei area as it bursts its banks to flood the surrounding landscape. 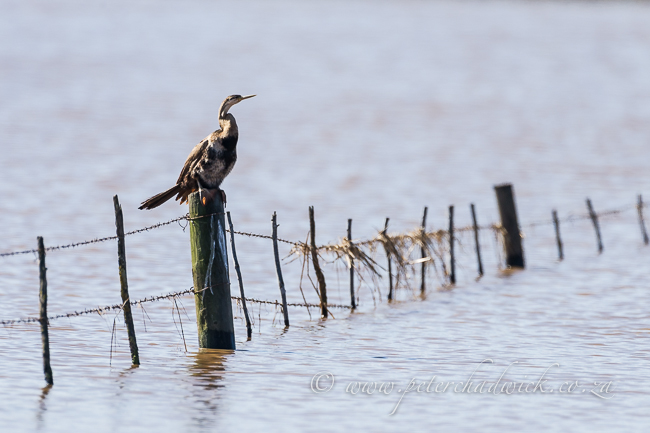 4 of 15. An African Darter perches on the pole of a totally flooded farm fence. 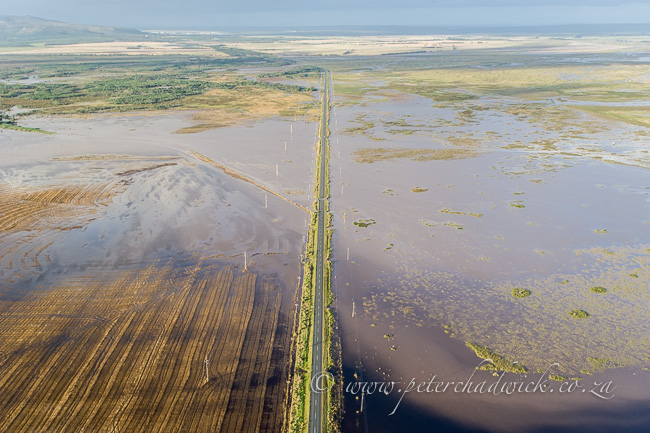 5 of 15. An aerial view of the road that joins Bredasdorp to Struisbaai. Farmland on either side of the road is totally flooded. Many roads within the area had to be closed due to the flooding. 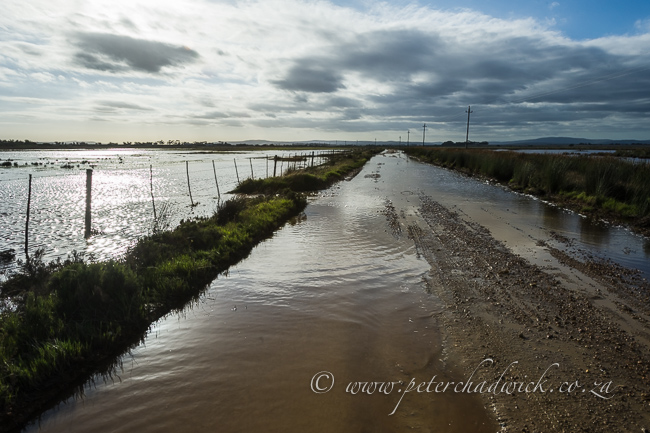 6 of 15. Floodwaters overflow from the surrounding lowlands onto farm roads, making many impassable for a few days. 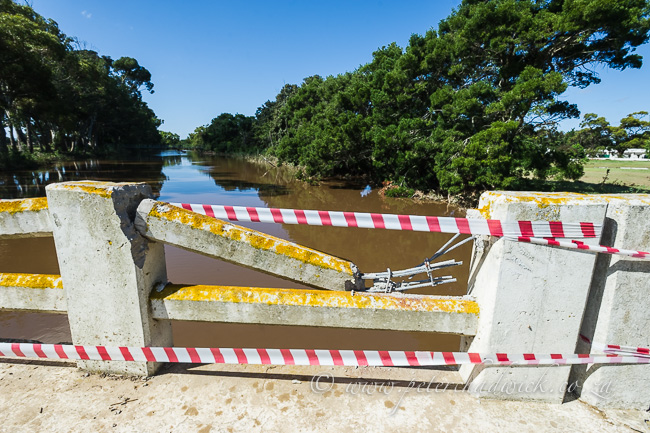 7 of 15. The power of the floods is clearly shown here on the Nacht Wacht bridge, south of Bredasdorp, where the re-enforced concrete railings have been smashed by high flooding. 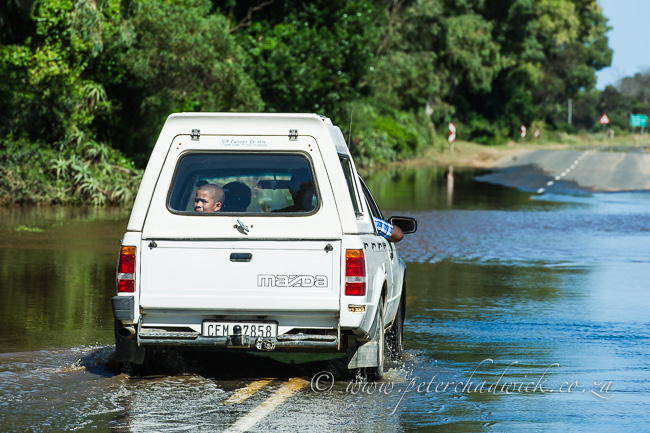 8 of 15. A young boy stares out of the back window of a bakkie as it crosses through a flooded section of road. 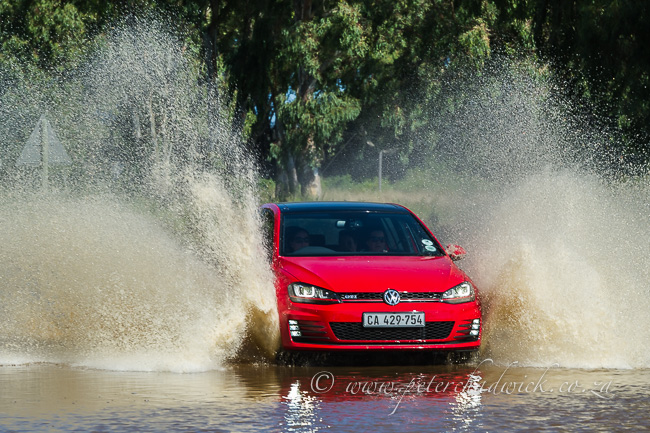 9 of 15. The banks of many rivers burst, flooding and closing off a number of roads to traffic, including this one that links Bredasdorp to Arniston. This road was only re-opened again after two days, but still has large stretches of water lying on it. 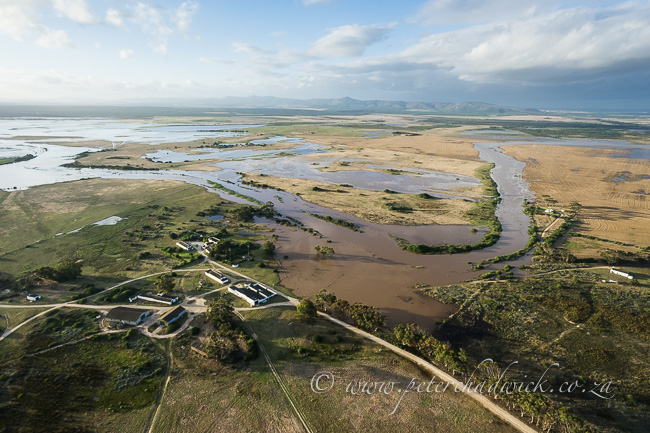 10 of 15. An aerial view of a farmstead that is almost surrounded by the floodwaters.

11 of 15. A windmill, that is usually needed to provide water to livestock during the summer months, lies surrounded by the floodwaters. 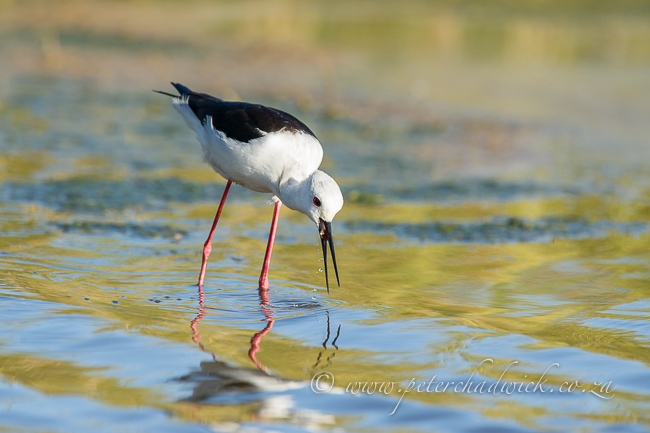 12 of 15. The floodwaters have provided a boon to waterbirds who are quick to take advantage of the newly inundated lands that provide new feeding opportunities for the birds. Here a Black-Winged Stilt feeds on small insects. 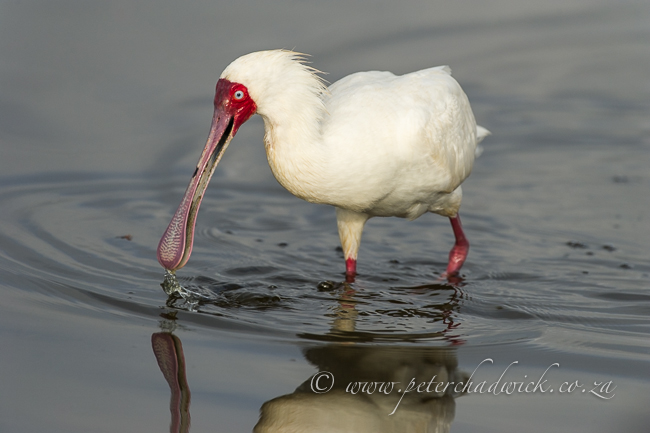 13 of 15. An African Spoonbill wades through the floodwaters. 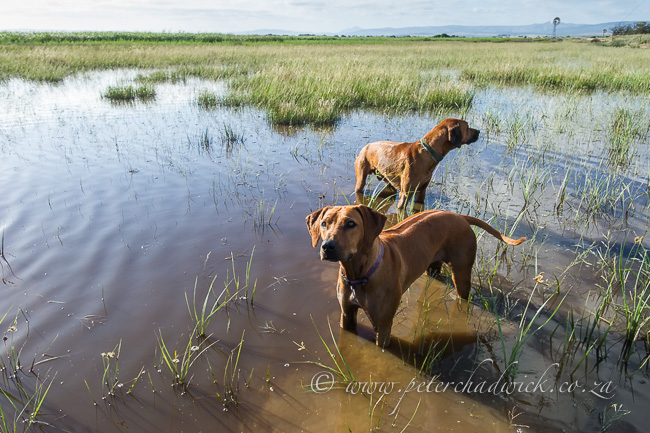 14 of 15. After days spent cooped up, hiding from the continual rain, my two ridgebacks make the most of being outdoors and splash joyfully through the flooded lands. 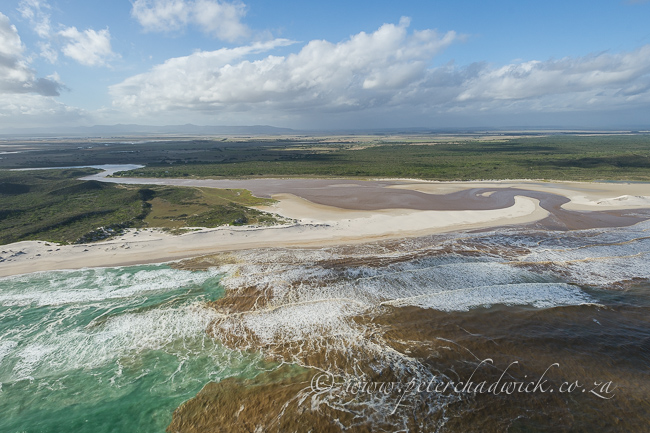 15 of 15. The Heuningnes River, in heavy flood, pushes its contents into the sea and turning the coastline into a muddy brown. The nutrients from these flooding rivers are extremely important to healthy ecosystem functioning and act as a stimulus for many linefish to begin spawning.