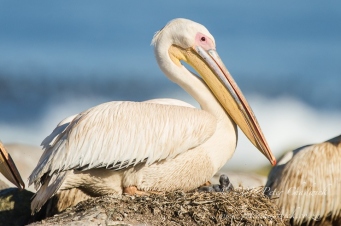 The first breeding colony is at Lake St Lucia in KwaZulu Natal and the second colony is on Dassen Island off the West Coast. It is only the Western Cape population that is increasing in numbers. It has been suggested that this increase within the Western Cape has not only been as a result of successful breeding but that populations have also been supplemented with immigration of pelicans from other areas.  The increase in availability of agricultural offal and water bodies that have been stocked with introduced fish have also added increased food supplies for the pelicans.

The increasing population of Great White Pelicans on Dassen Island has brought an additional threat to the other seabirds that breed on the west coast islands.  This is because the pelicans have taken to feeding on the chicks of cormorants, gulls and Cape Gannets and has resulted in a reduction in the overall breeding success of these species. This is of real concern as three of these seabird species are globally endangered or near threatened and this predation has serious consequences to the overall populations of these birds.

To try and address the negative impacts of this predation, South African National Parks have been using volunteers to chase away any pelicans that land at the seabird breeding islands that are found within the West Coast National Park Marine Protected Area. This effort has been extremely successful in reducing mortality caused by the pelicans and clearly shows the benefits of adaptive management that protects both the pelicans and the other seabird species.  Researchers and conservation management agencies responsible for the management of the seabird breeding islands are continuing to monitor the impact of the Great White Pelicans and will consider other management options if necessary. 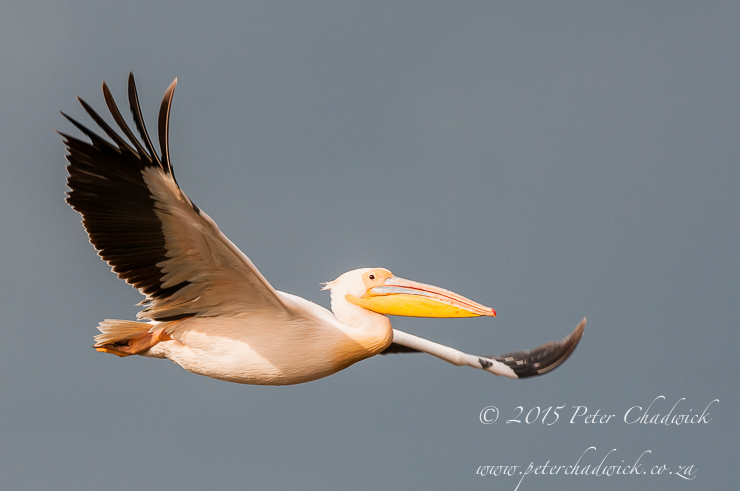 1 of 12: The Great White Pelicans of Dassen Island will fly great distances on a daily basis in search of food. They will fly across the sea to the mainland where they have a particluar favor for agricultural offal sites. 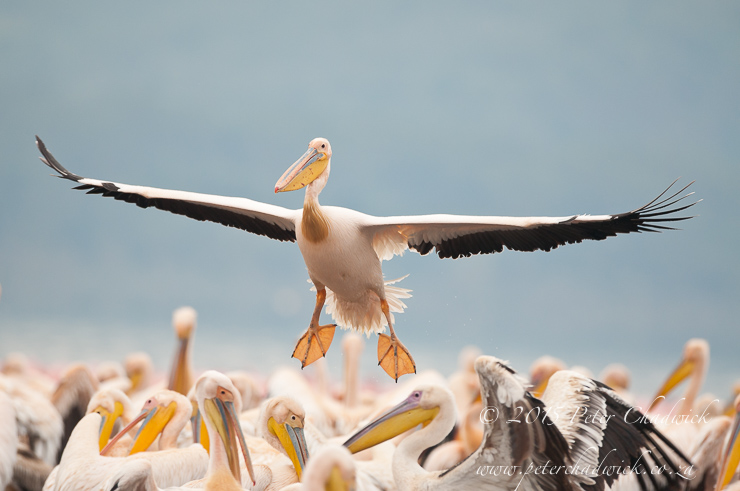 2 of 12: A Great White Pelican returns to its breeding colony after having spent the day away feeding. 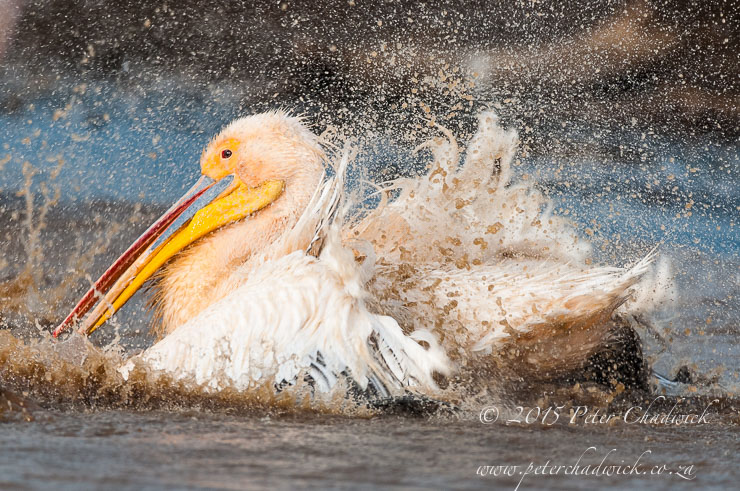 3 of 12: Great White pelicans take great effort in keeping their feathers clean and will bathe on a daily basis where possible. 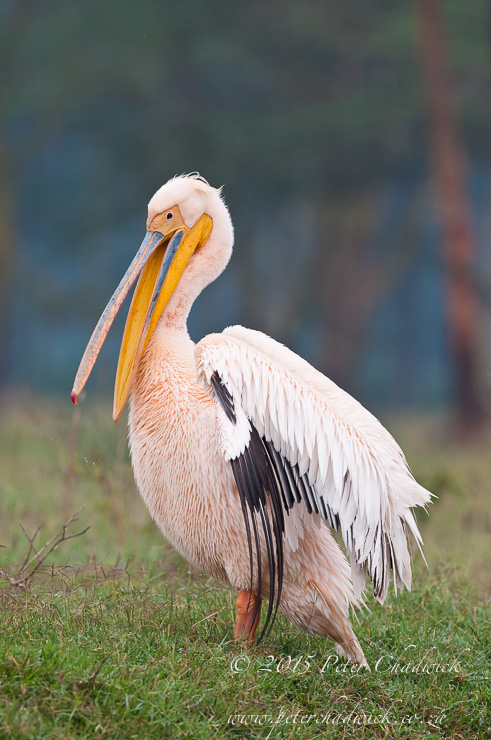 4 of 12: A Great White Pelican stands drying itself off after an extensive session of bathing. 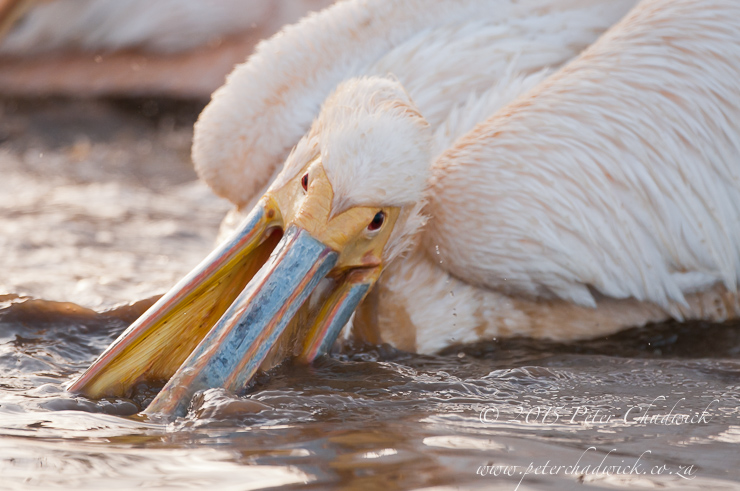 5 of 12: Great White Pelicans generally feed on fish and crustaceans but have also adapted to feeding on offal, waste and other seabird chicks. 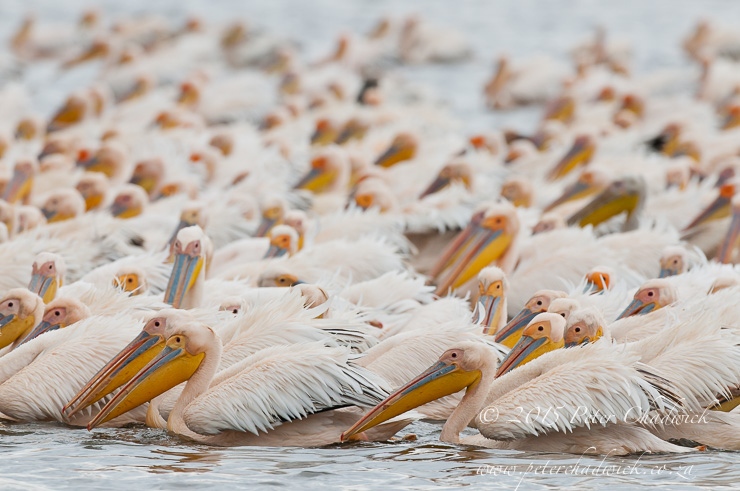 6 of 12: Great White Pelicans are highly gregarious and will form large flocks to fish together where they encircle and trap shoals of fish in shallow water. 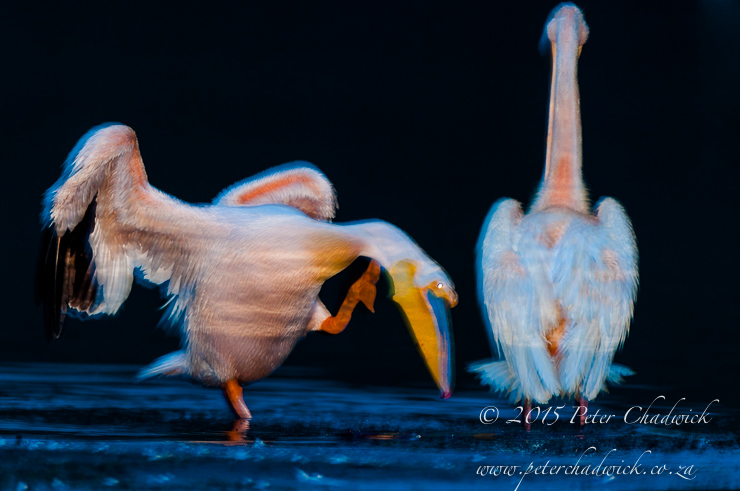 7 of 12: Grea White Pelicans awaken in the pre-dawn to preen and prepare for a days feeding. 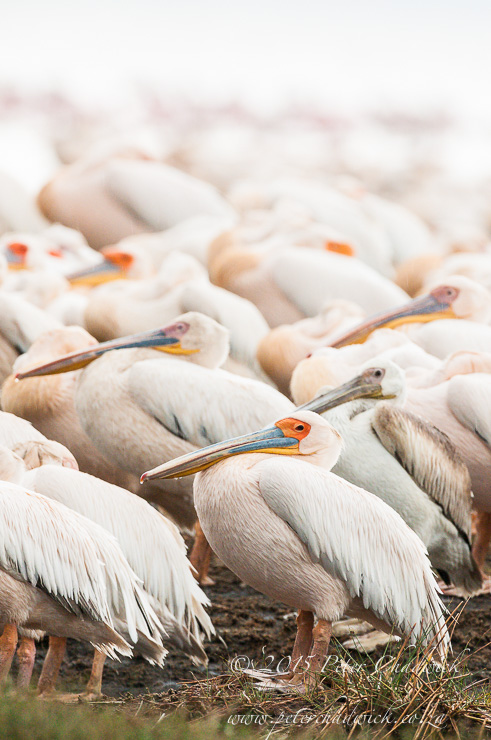 8 of 12: A colony of Great White Pelicans huddle together during a heavy rainstorm. 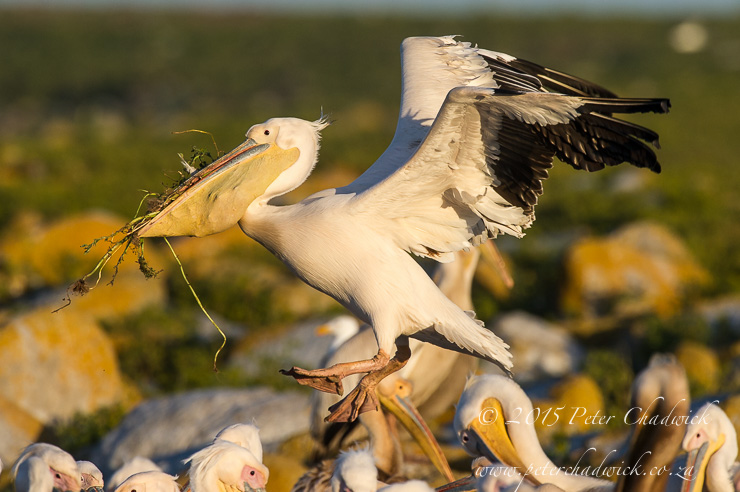 9 of 12: A Great White Pelican returns to the breeding colony on Dassen Island with a bill full of nesting material. 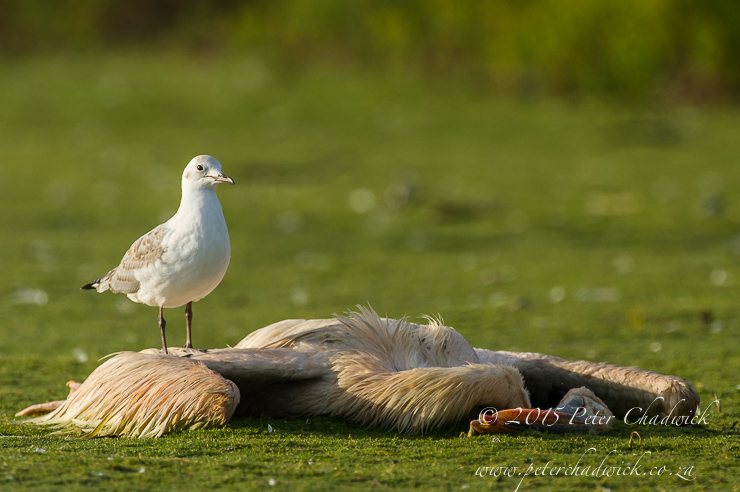 10 of 12: Dead Great White Pelicans form an important nutrient flow on Dassen Island and here, a Hartlaubs Gull, perches on a dead pelican to snatch at insects that have been attracted to the carcass. 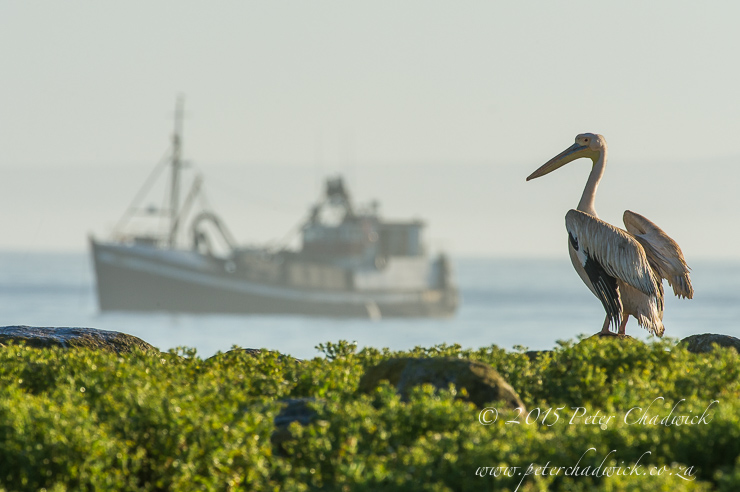 11 of 12: A Great White Pelican prepares for flight at Dassen Island and as a purse-sein trawler passes in the background. 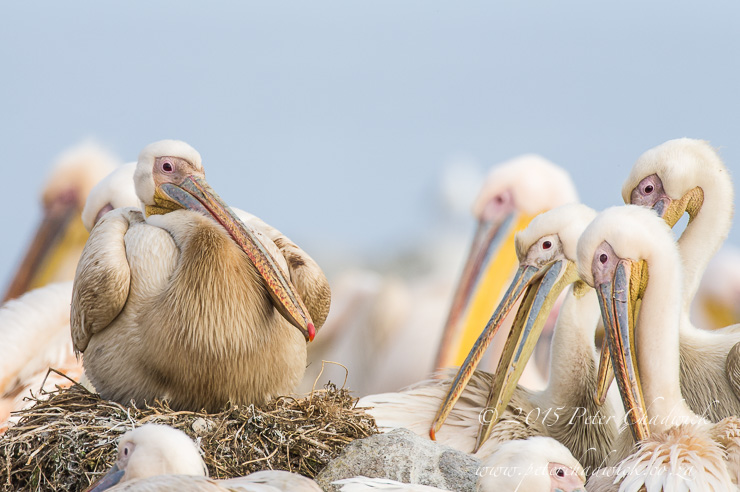 12 of 12: A Great White Pelican incubates on its nest amongst the breeding colony at Dassen Island.