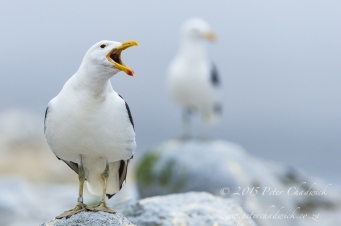 Loved by some and hated by others, is the kelp gull a seabird pest or an extremely adaptable opportunist? Despite ones personal feelings towards these birds, they are highly intelligent and where many coastal seabirds population numbers are declining, kelp gull numbers are on the increase as a result of their very adaptability.

Being generalist feeders, they will forage over a wide variety of habitats from open sea, where they have been recorded 150kms offshore, through to freshwater lakes and rocky and sandy shores and will they even resort to obtaining supplementary food from human sources. It is these uncovered garbage dumps and the waste from fish-processing operations that have fueled their increase in numbers.

Kelp gulls have an extensive southern Hemisphere range and off the Argentina coastline of South America, some aggressive gulls have even specialized in attacking southern right whales for food! The birds land on the backs of the whales and peck through the skin to feed on the calorie-rich blubber. This causes lesions on the whale’s skins and is leading to the transmission of bacteria and viruses and is negatively altering the whale’s behavior.

Despite being generalist feeders, it appears that individual kelp gulls specialize in specific foraging behaviors. On the Namibian and South African seabird islands, certain kelp gulls are causing a headache for conservation managers. The islands are the last breeding strongholds for African penguins, Cape gannets and cormorants and some of the gulls have resorted to snatching eggs and young chicks from these threatened seabirds.  Conservation staff has to therefore resort to removing these specific thieving culprits in order to protect the other breeding seabirds.

At the end of the day, where human pressures have tilted the balance in nature, one can only admire the tenacity of the kelp gull in adapting to a rapidly changing world where every opportunity to obtain food must be seized. 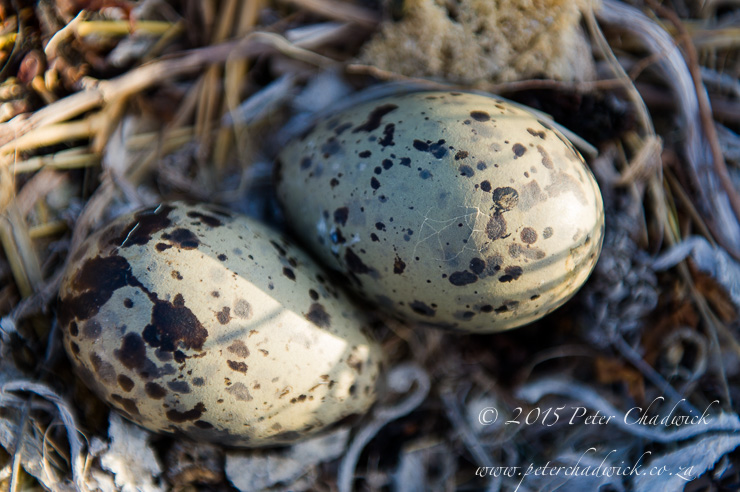 1 of 12: Well camoflagued eggs of the Kelp Gull with one of the eggs begining to hatch. 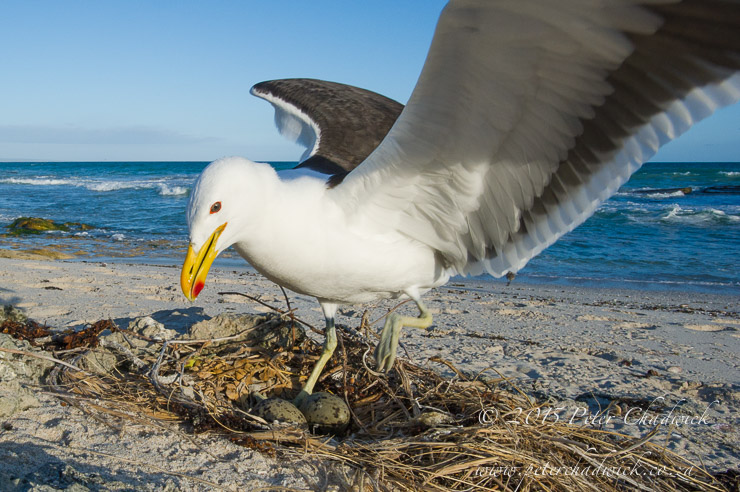 2 of 12: A Kelp Gull stands over its nest with raised wings. The nest is placed amongst a colony close to a protected beach front. 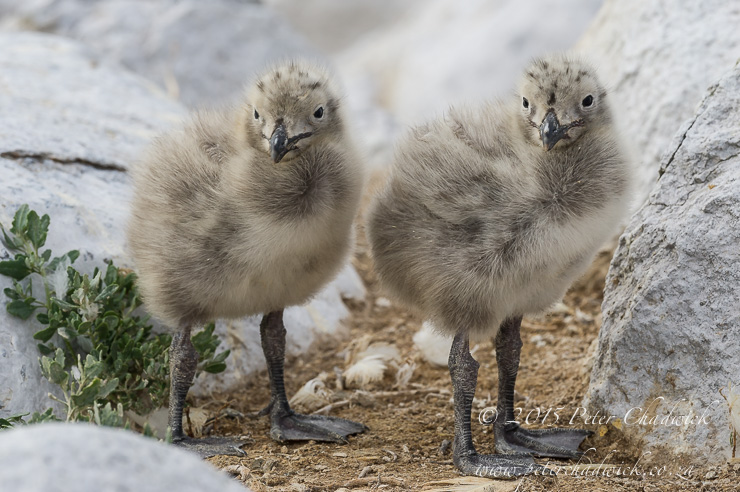 3 of 12: Two fluffy Kelp Gull chicks hide amongst a jumble of boulders, awaiting the return of the adults to feed them. 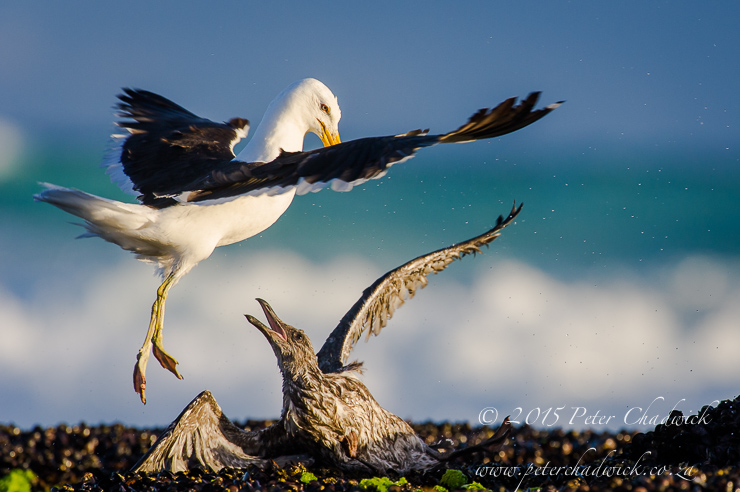 4 of 12: An adult Kelp Gull scolds a juvenile gull, pecking at it and striking the chick with its wings. 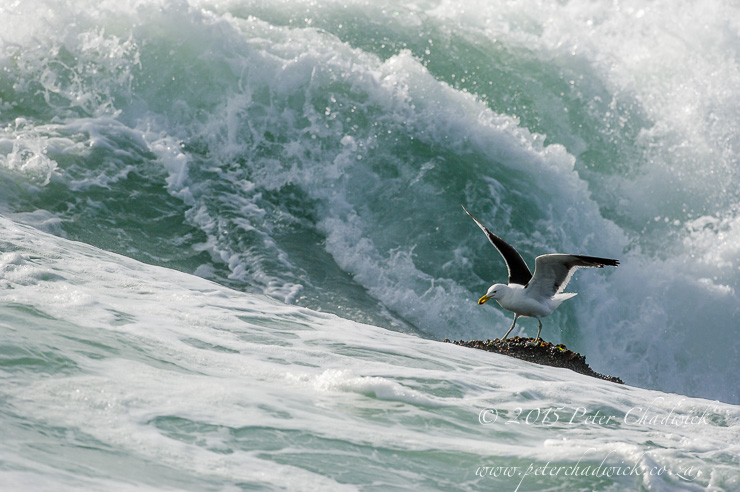 5 of 12: An adult Kelp Gull lands on a rocky boulder that lies exposed between breaking waves. Feeding is improved here as invertebrates will still be exposed from being covered in water. 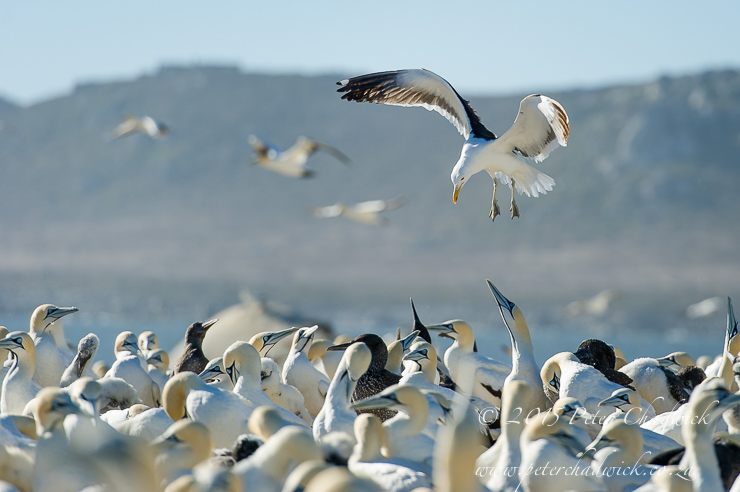 6 of 12: A Kelp Gull hovers over nesting Cape Gannets in the hope of stealing an egg or young chick. 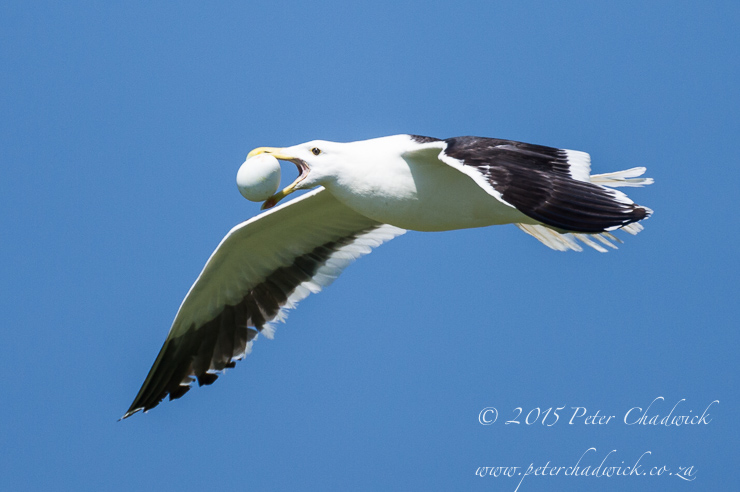 7 of 12: A Kelp Gull flys away with an African Penguin egg that has been left unattended. 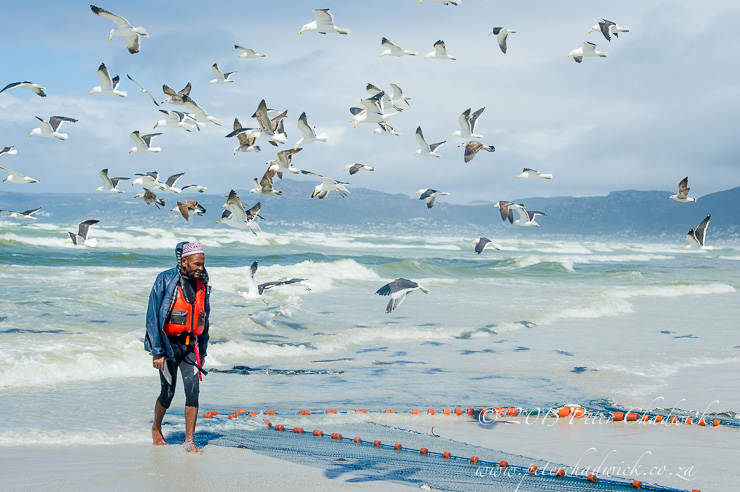 8 of 12: Kelp Gulls gather and hover around a beach purse-sein net that is being pulled ashore. 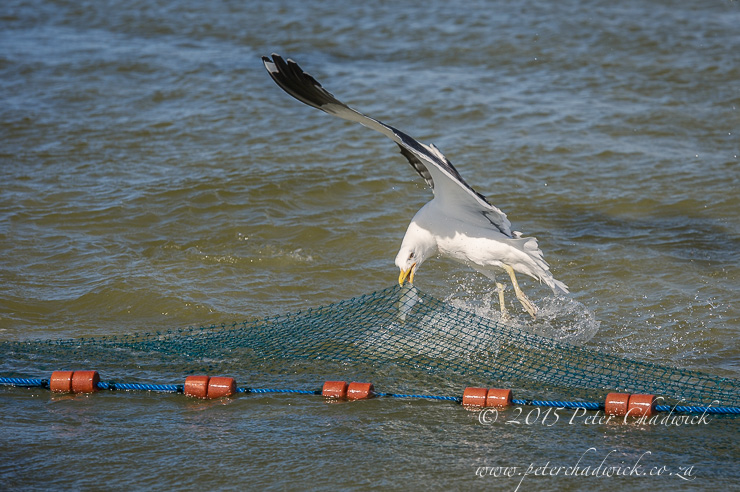 9 of 12: A Kelp Gull flies down to snatch at a mullet that has been caught within a beach purse-sein net. 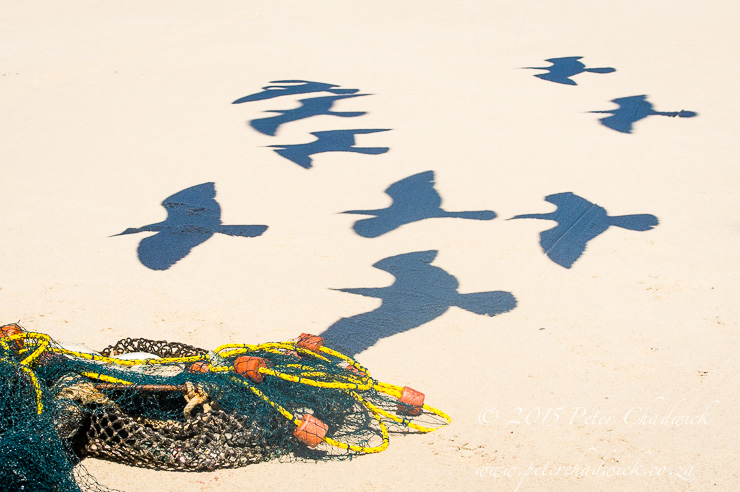 10 of 12: Kelp Gull shadows cover the sand around a beach purse-sein net and the gulls wait in anticipation of stealing unattended fish. 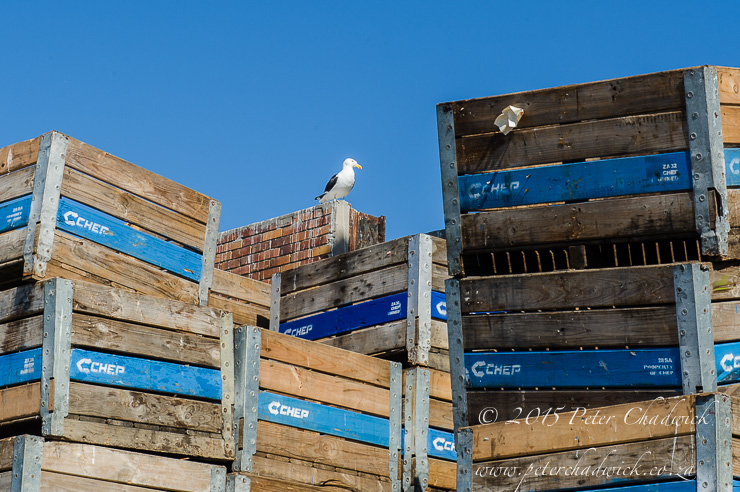 11 of 12: Highly adaptable Kelp Gulls hang around a food-processing factory. 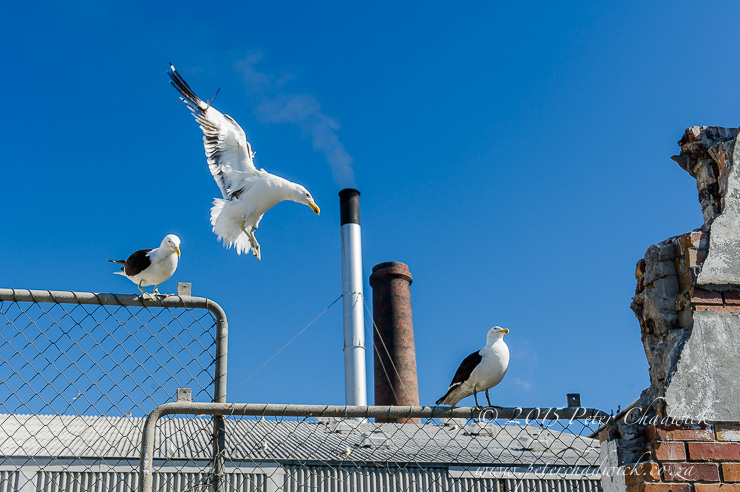 12 of 12: As natural food sources dwindle in the seas, highly adaptable Kelp Gulls have taken to congregating around man-made food sources such as factories, food-processing plants and rubbish dumps.