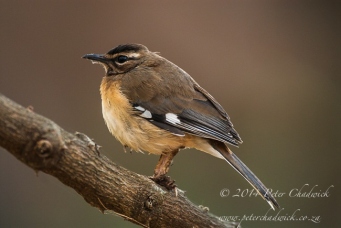 The soft grumble increased in crescendo and then erupted into a full throated growling roar and seconds later the lioness charged, braking just a few meters from us, before turning and walking off with her tail flicking in displeasure and soon disappearing into the thick dry grass. This was the culmination of two days spent with Steve Baillie at Toro Yaka in the Balule Game Reserve adjacent to the Kruger National Park. What a way to end the visit!

I had arrived at Toro Yaka in the middle of a heat wave with temperatures soaring into the mid-forties and the friendly welcome together with ice-cold cloth and iced tea were extremely appreciated. The homely lodge, tucked cleverly into the bush stood below ancient knarled trees and was an oasis for birds, with Blue Waxbills, Green-Winged Pytilia and Jameson’s Firefinch all coming down to drink at the numerous bird baths. In the trees above Southern Masked-Weaver males displayed with grating song and flicking wings. White-Bellied, Scarlet-Chested and Marico Sunbirds flashed their iridescent plumage as they constantly flittered about the canopy. Crested Barbet and Southern Yellow-Billed Hornbill could be heard in the background, while on the leaf littered floor Kurrichane and Groundscraper Thrushes scurried about. 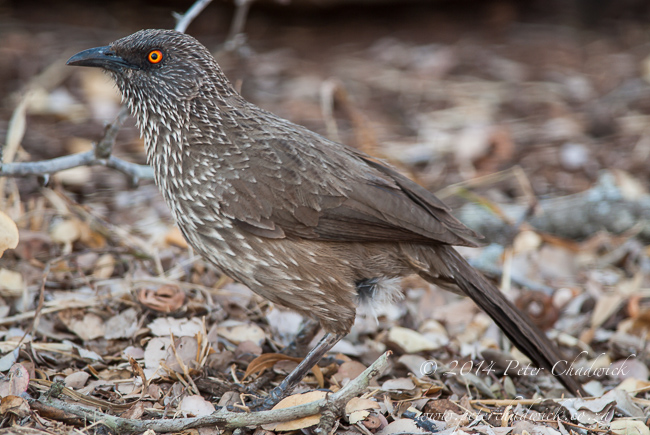 After a short siesta in the lavish accommodation, Steve was soon calling us to join the afternoon game drive. My companions on the open land-rover had travelled all the way from Belgium, Holland and France and they were keen to see the “big and hairies” for which the area was well known. Within minutes we were deep in the bush viewing Burchells Zebra, Blue Wildebeest, Impala, Giraffe and a lone cantankerous Cape buffalo bull. Stopping to watch a party of White-Crested Helmet-Shrikes, Steve expertly imitated the call of a Pearl-Spotted Owlet which brought the shrikes hurrying closer with clicking alarm calls and this also attracted the attention of a nosy Fork-Tailed Drongo who joined in on the scolding. A short distance on, we again halted, this time to view an almost fledged Verreaux’s Eagle-Owl perched in its nest that had been usurped from a pair of Wahlberg’s Eagle. Lilac-Breasted Rollers sat panting on top of their perches and a family of Magpie Shrikes flew down onto their prey with their long tails waving behind them. 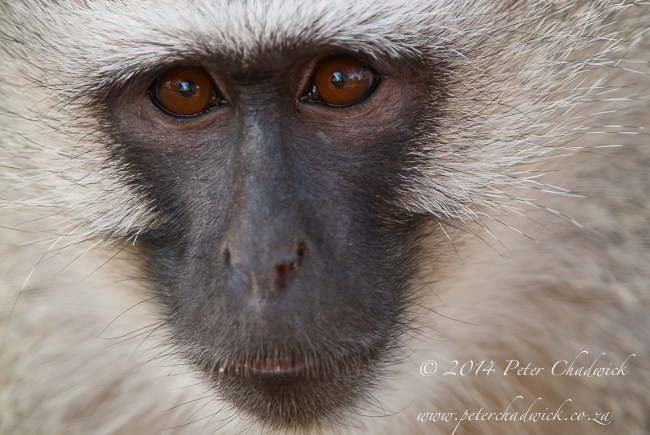 As the afternoon wore on and the temperatures cooled, we passed a drying dam where only a writhing pool of thrashing barbell remained. In one of the adjacent dead trees an adult African Fish Eagle sat with a bulging crop obviously well satiated from the easy pickings. A pair of Black-Backed Jackal hurried around the edge of the dam and at another pool of water, a Grey Heron, Hammerkop and a Green-Backed Heron fed in the shallows. 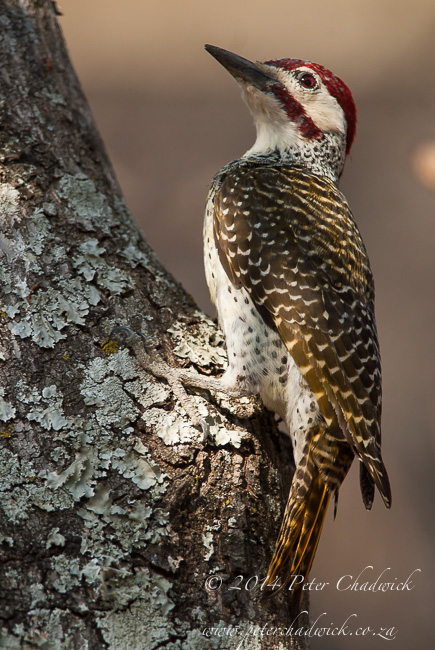 As the last rays of light fell upon the landscape, Crested Francolin and Natal Spurfowls called all around, announcing the end of the day. With the spotlight now in action, the beam was soon highlighting a Southern White-Faced Scops-Owl as it flew from its perch to pounce onto a large moth. African-Scops Owl was next on the list being located by its repetitive call. Fiery-Necked and Square-Tailed Nightjars ended the nights viewing as they flew up from the road being momentarily captured in the vehicles headlights. 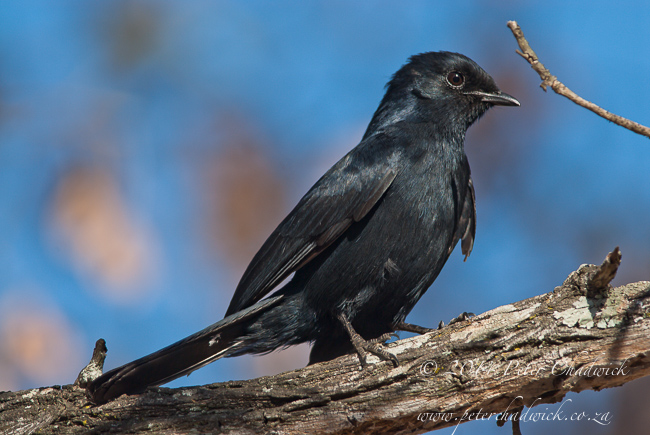 The next morning was an early awakening and a short drive down to the banks of the Oliphant’s River, where hippos grunted and splashed in one of the deeper pools. A Purple-Crested Turaco flashed its crimson wings as it flew from one bank to the other and a Giant Kingfisher sped rapidly downstream. The dry river sand was a veritable newspaper of information indicating that a whole throng of different animals had passed by, including a very large pride male lion and his lioness.  This fresh spoor was the start of the excitement, which lead to the adrenalin pumping mock charge by the lioness a couple of hours later. 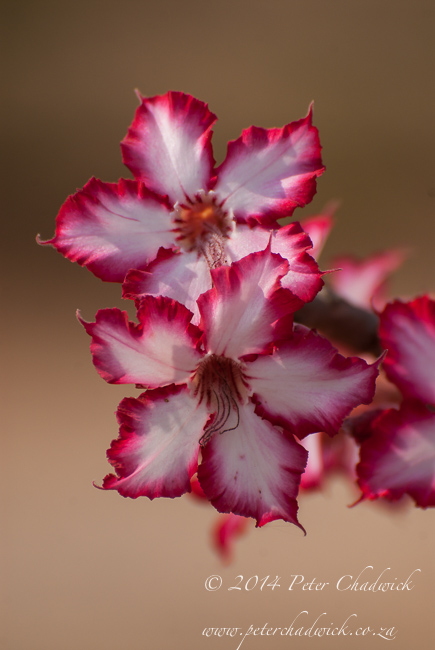 Driving out from the Balule Game Reserve, along the bushveld roads, I added Red-Billed Buffalo-Weaver, Dark Capped Bulbul, Cape Turtle-Dove and Red-Headed Weaver to the growing list, while the parting shot was a pair of Double-Banded Sandgrouse that sat motionless on the side of the road, relying on their camouflage. 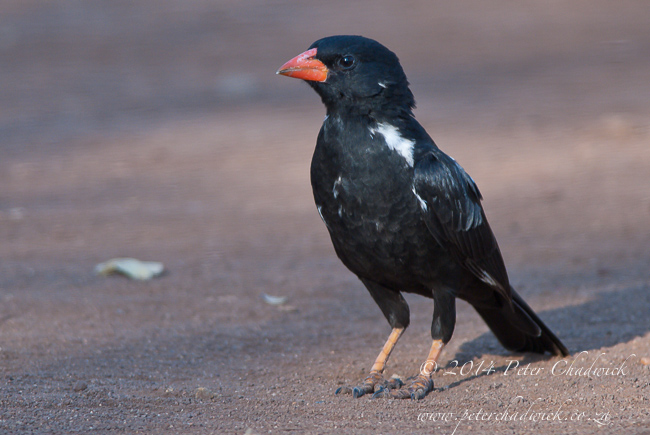 A short drive away I was soon at my next destination, which was vastly different from the hot and dry summer bushveld, I had just left. Otters Den, hidden amongst the riparian forest and alongside a strongly flowing river was reached by crossing over a long swing-bridge. This approach immediately produced Trumpeter and Crowned Hornbills and Black-Headed Orioles in the canopy while in the river African Black Ducks quickly swam downstream. African Darters and Reed Cormorants sat on dead branches and spread their wings to dry and a diminutive Malachite Kingfisher plopped into the water after a small fish. A pod of hippo lay slightly downstream of the bridge and they were to be constant companions when during the night they left the river to graze below the luxury tented accommodation and from where they could be viewed from the wooden decks. 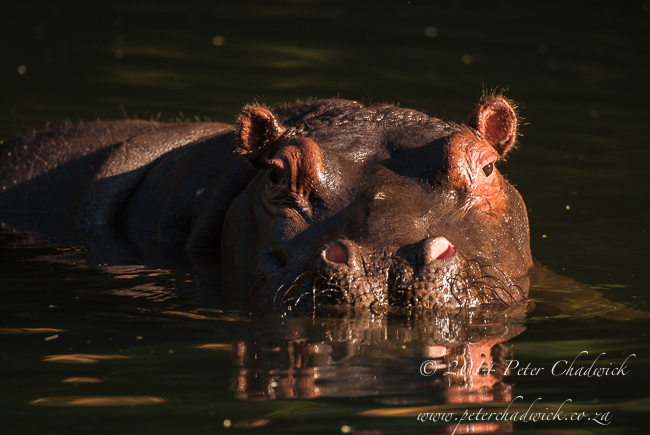 7 of 9: A small pod of Hippo are regularly seen at Otters Den.

Otters Den is a well-known location to view Pel’s Fishing-Owl and African Finfoot, but both these species eluded me. I was however thrilled to be able to view some of the most relaxed Narina Trogon, I had seen in many a year, with the male coming to sit confidingly in the branches above the pool and dining deck. Equally confiding was a Bearded Scrub-Robin and Red-Capped Robin-Chat. Walking along the track, set up especially for birders, I was soon viewing Gorgeous and Olive Bush-Shrikes, Yellow-Breasted Apalis and duetting Black-Collared Barbets. Vervet monkeys swung on the lianas over the water, but were quickly scampering away when an adult Crowned Eagle swooped down the length of the river, being chased by an African Goshawk. As the trail left the riparian vegetation and entered into more typical bushveld, birding parties comprising of Greater Blue-Eared Starling, Black-Backed Puffback, Brubru, Chinspot Batis, Bearded Woodpecker, Tawny-Flanked Prinia and Long-Billed Crombec moved through the scrub gleaning insects. 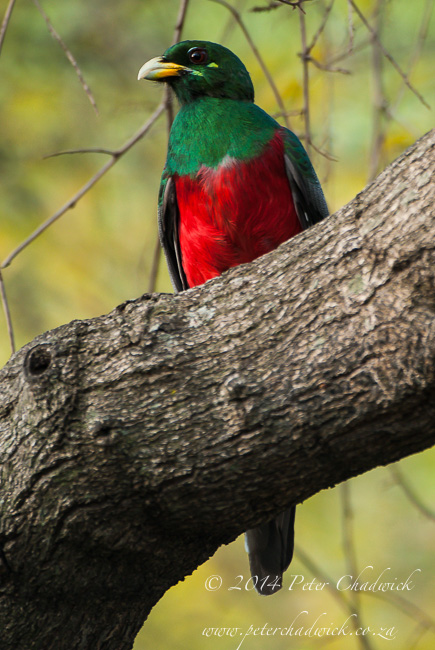 A short distance away from Otters Den lies Strydom’s Tunnel that is probably best known for being one of the few areas in the country where Taita Falcon can virtually be guaranteed. Jackal Buzzard, Rock Kestrel and White-Necked Raven all patrolled past the cliff ridge and were soon joined by a Taita Falcon. In the thickets below the cliffs, White-Throated and White-Browed Robin-Chats called together with the call of the incessant Yellow-Fronted Tinkerbird echoing across the valleys. As I left the tunnel I marveled how in such a short distance there was such a diversity of life in varying habitats and quickly realized why the lowveld is one of South Africa’s premier birding destinations. Season and weather: Summers can be extremely hot, with afternoon thunderstorms. The vegetation is lush and green with many of the migrant birds being present. Winters are generally milder but are very dry.

Habitats: The Kruger to Canyons Birding Route covers a wide variety of habitats from lush heavily vegetated rivers, through to savannah bushveld and open grasslands. Altitudinal differences vary from high cliffs and hills through to deep gorges and lowland areas

Getting There: Birdlife South Africa has a well designed brochure showing a map with the routes to the various locations. This may be obtained through www.krugerbirding.co.za or via email at This email address is being protected from spambots. You need JavaScript enabled to view it.