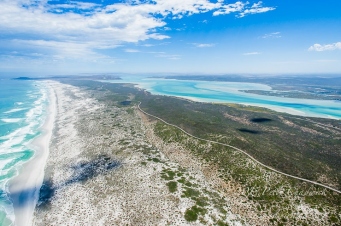 The Langebaan Lagoon is the only non-estuarine tidal lagoon in South Africa, protecting about 32% of South Africa’s saltmarshes. It is an important non-breeding site for hundreds of thousands of Palaearctic migrant waders during the summer months.

Langebaan Lagoon has a rich marine invertebrate fauna of more than 400 species having been recorded and the lagoon is one of two habitats for South Africa’s most endangered marine mollusc, Siphonaria. Another small mollusc Assiminea globulus constitutes about 63 % of the invertebrate biomass in the surface layers of the intertidal mudflats of the lagoon, and it is the major prey item of the Curlew, which is the most abundant migrant wader.

29 bony fish species and 12 shark and ray species have been recorded in the lagoon with the sandshark Rhinobatos annulatus being an important predator due to its numbers and biomass. Important recreational and commercial linefish species such as Geelbek, Cape Stumpnose, Snoek and Yellowtail occur within the lagoon.

Malgas, Jutten, Schaapen and Marcus Island are vitally important as seabird breeding islands with Malgas Island being one of only three islands in South Africa where Cape Gannet breed. Approximately 30 percent of the world's population of African Black Oystercatchers breed on these islands. The endangered Bank Cormorant - whose numbers have plummeted from 8 700 breeding pairs in 1980 to a current number of 4 900 pairs - also breed on these islands. The largest known colony of Kelp Gulls in Southern Africa is found on Schaapen Island.

The Langebaan Lagoon is divided into three zones:
A – Controlled Zone where recreational fishing and power boating is allowed.
B – Restricted Zone, where no fishing is allowed and only non-powered vessels such as sailing and canoeing are permitted.
C – The Sanctuary Zone where no access is allowed due to the sensitivity of this section.
No fishing from the shore is allowed along the Sixteen-mile beach nor is it allowed around the shores of any of the islands. 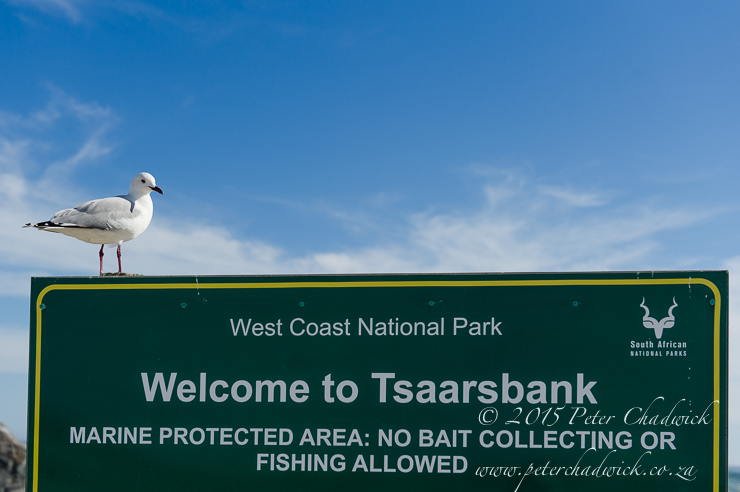 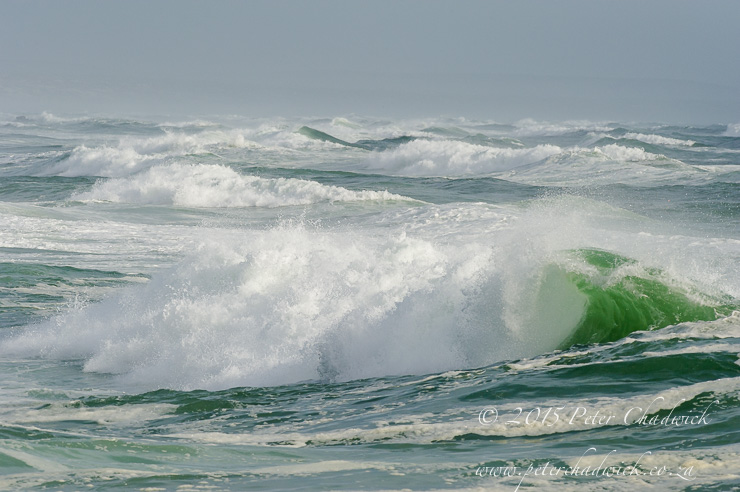 2 of 12: Large rolling waves crash against the shoreline of the 16-mile beach marine protected area. 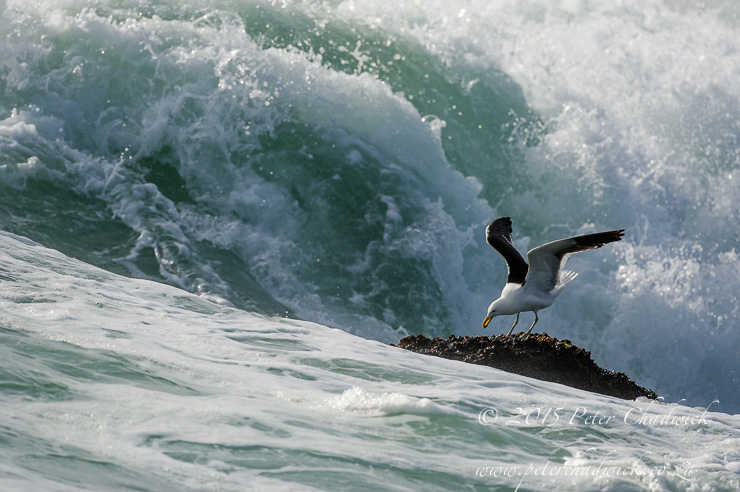 3 of 12: A Kelp Gull feeds on a rocky platform that has been exposed on an out-going tide and as large waves still crash over it. 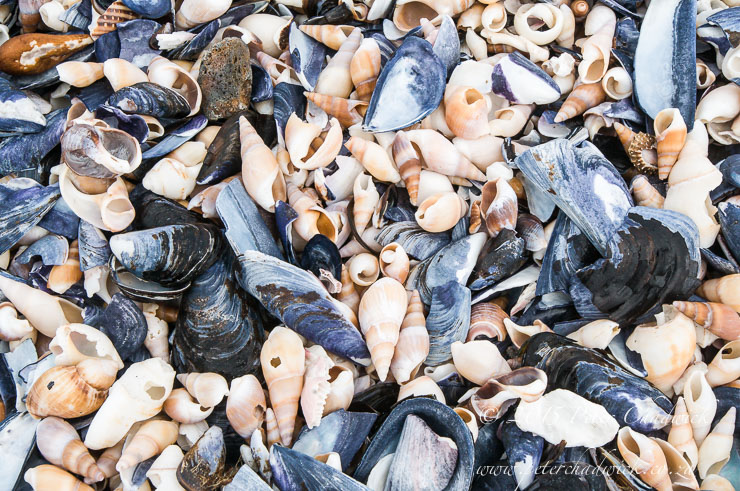 4 of 12: A large pile of shells lie washed ashore after a heavy winters storm and showing the richness of the marine protected area. 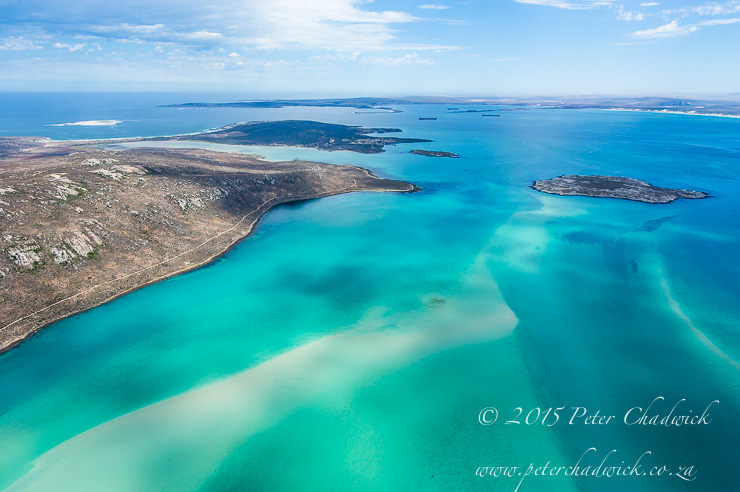 5 of 12: An aerial image of the Langebaan Lagoon marine protected area and showing the various islnds that are important seabird breeding areas. 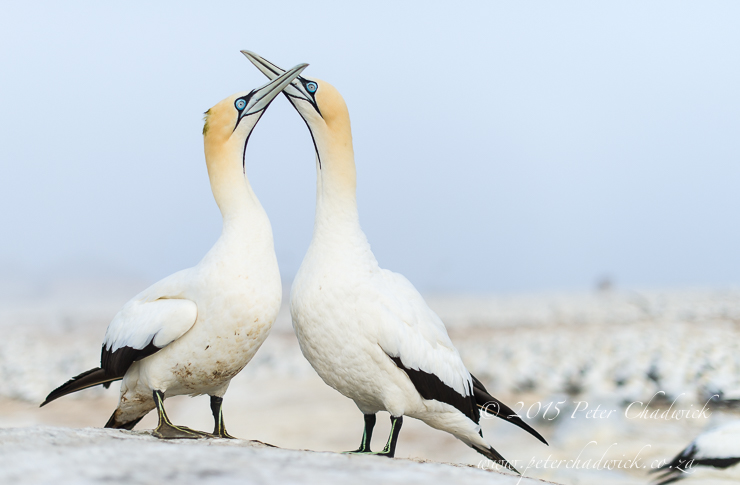 6 of 12: Malgas Island is critically important as a breeding island to Cape Gannets and other seabirds. 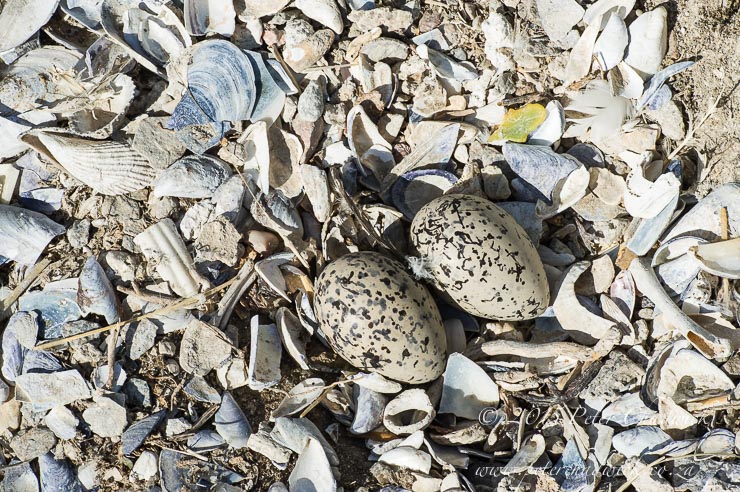 7 of 12: The well-concealed nest of an African Black Oystercatcher on Malgas Ilsand. 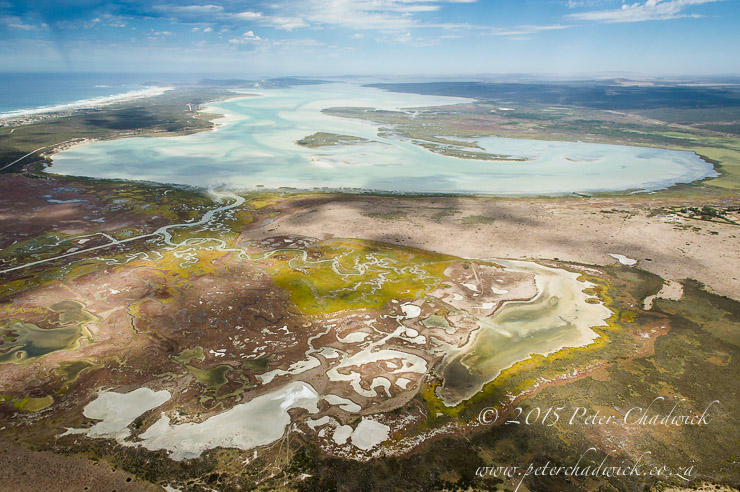 8 of 12: An aerial view of the salt-marshes that line Langebaan Lagoon and that are a driving force for the incredible biological diversity found within and around the lagoon. 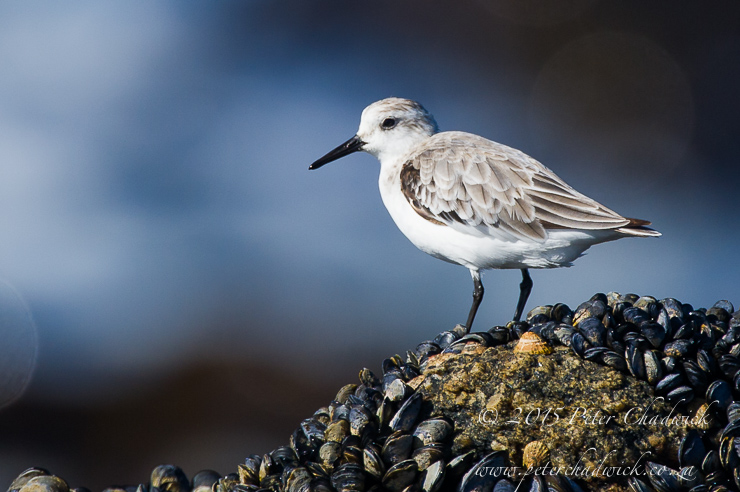 9 of 12: A Sanderling feeds on an exposed rocky platform at low-tide. 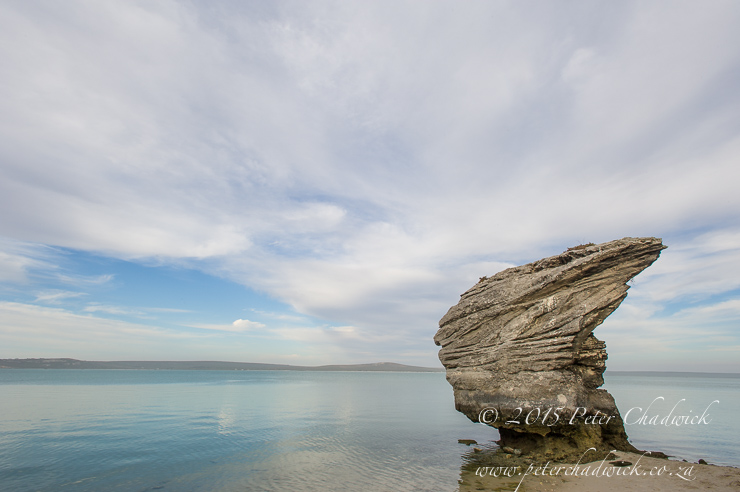 10 of 12: The Prrekstoel lies on the edge of Langebaan Lagoon and is a popular tourist destination. 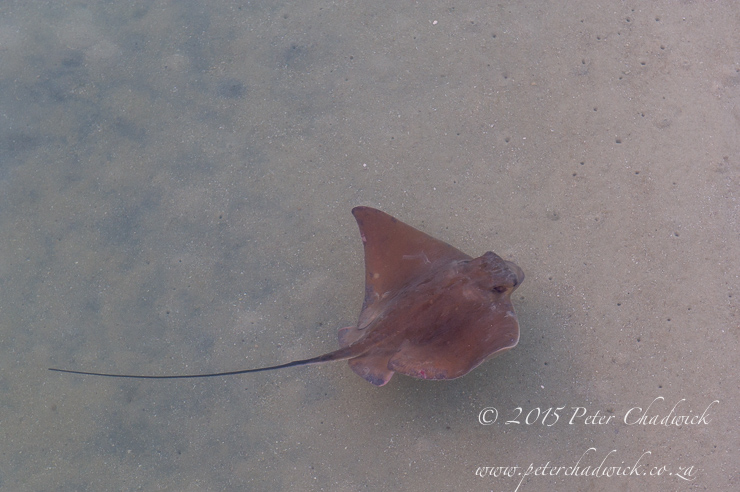 11 of 12: A Bull-Ray swims in the shallow water of the Langebaan Lagoon feeding on hermit crabs and molluscs. 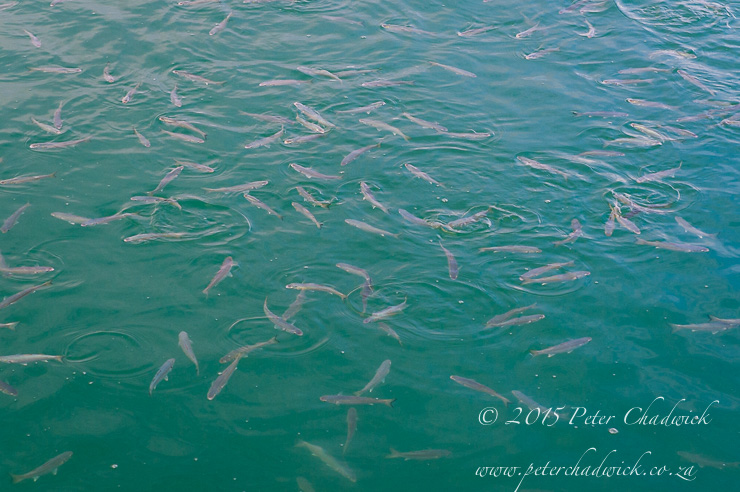 12 of 12: A school of Southern Mullet rise to the surface at dusk to feed within the protection of the Lagoon.