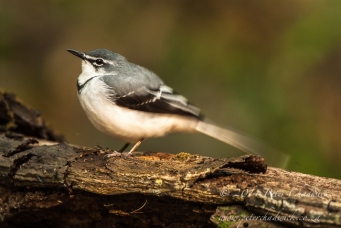 Near the town of Malelane, I turned off the main road to pass through sugarcane fields where Orange-Breasted Waxbills fed alongside Long-Tailed Paradise Whydahs and Pin-Tailed Whydahs. Reaching the security access, I overlooked a large dam where a pair of African Fish Eagles circled high overhead and Yellow-Billed Egrets hunted around its edges. Kittlitz and Three-Banded Plovers scurried around the stony edges and small flocks of Red-Capped Larks flew around chasing one another, dodging the grazing Impala herds.

My destination, Serenity Lodge, was tucked away in lush riparian forest with trees that must be hundreds if not thousands of years old and which towered high into the sky. The luxury units, each with their own deck gave the feeling of peaceful seclusion while the sounds of the wind rustling through the leaves of the mighty trees combined with flowing water from the stream below completed the tranquility. Butterflies of all types, sizes and colours flittered through the trees, stopping their dance to alight briefly on a flowering plant or to land in the moisture on the streams edge. Long-Tailed Wagtail pairs hopped from boulder to boulder snatching at small insects while constantly bobbing their tails. Above in the dappled light Narina Trogons sat motionless, hiding their contrasting bright red and green feathers and almost getting away with not being seen. 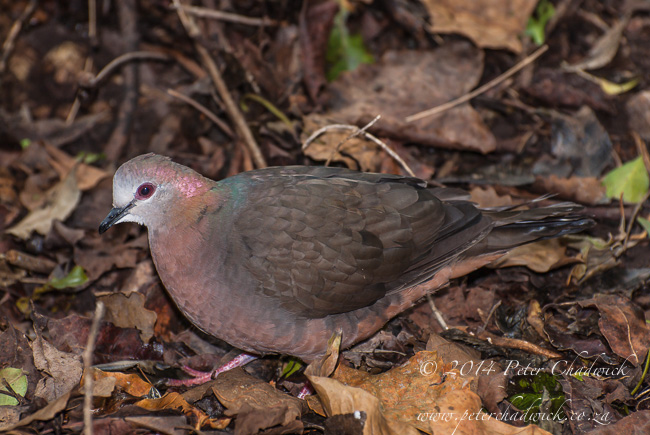 While sitting on a bench next to the stream, I watched a birding party of Square-Tailed Drongo, Cape Batis, Blue-Mantled Crested Flycatcher, Bar-Throated and Yellow-Breasted Apalis and Black-Backed Puffback scatter in different directions as a highly agile African Goshawk swept in and snatched up a hapless Apalis. On the verges of the forest Crowned Hornbills, Purple-Crested Turacos, Sombre Greenbuls, Black-Headed Orioles and Common Scimitarbills all moved around in the canopy, with a pair of Olive Woodpeckers moving up the sides of a dead branch, occasionally drumming into the dead wood for a tasty unseen insect. That night, after an eventful days birding I was serenaded to sleep by the calls of different African Wood Owl pairs scattered up and down the stream bank. Thick-Tailed Bushbaby cries also echoed out from the darkness and at times they could be heard leaping around the branches of the trees overhanging my sleeping unit. 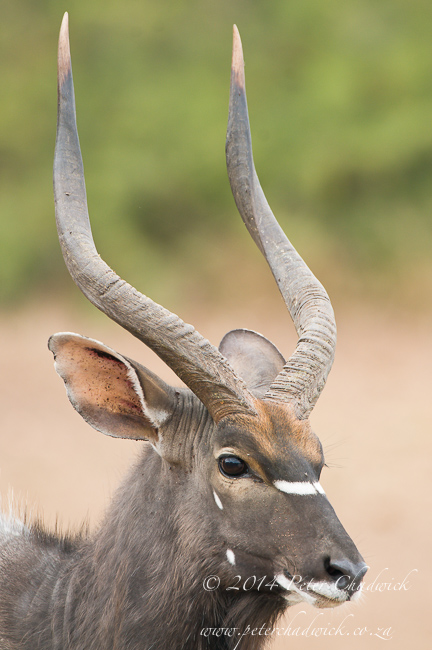 The following morning, I arose early to walk into the bushveld areas and had excellent sightings of Red Duiker as they fed amongst the open glades, together with a small family of Nyala. Forest Weavers fed in the branches above and White-Throated Robin-Chats were heard calling nearby together with the incessant “Piet my Vrou” of a Red-Chested Cuckoo. As I walked, Lemon Doves always caught me by surprise as they erupted from the leaf-littered floor and I was also fortunate enough to catch a fleeting glimpse of a Tambourine Dove. 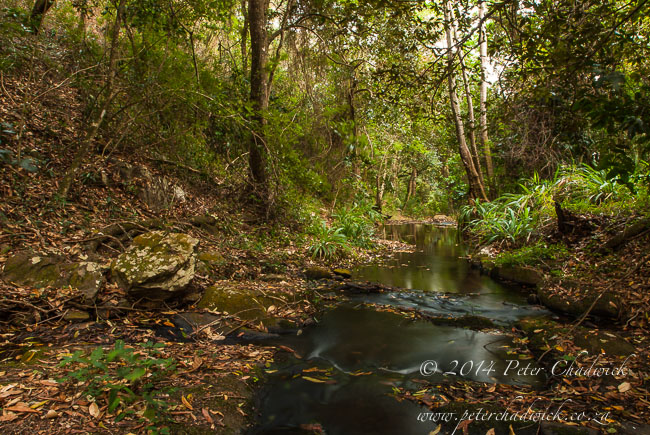 I left Serenity Lodge after a filling breakfast and drove down to Barberton, from where I traveled the twisting, turning back roads along the Swaziland border driving through rugged mist-laden passes. The scenery was spectacular with high altitude grasslands and protea stands filled with Malachite Sunbirds, Familiar and Buff-Streaked Chats and flocks of Red-Winged Starlings. White-Necked Ravens and Yellow-Billed Kites patrolled the route for road kills and at one stage a Lanner Falcon shot past at high speed in hot pursuit of an unlucky bird that was soon to become the falcon’s meal. Dropping off the heights of the passes, I passed through an abandoned mining town where African Hoopoe, Black-Headed Oriole, Emerald-Spotted and Red-Eyed Doves were now the main residents. Scarlet-Chested and Amethyst Sunbirds flashed amongst the aloes growing in overgrown gardens, stopping at each flower-head to drink in the rich nectar and inadvertently pick up pollen that would be transported to the next flower and complete the process of pollination. 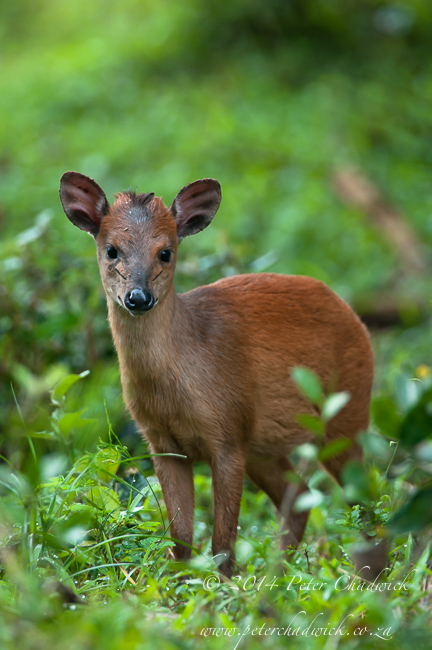 After driving through Songimvelo Game Reserve, my route took me through Amsterdam, Piet Retief and finally onto Wakkerstroom. I soon found my destination the “Wetlands Country Lodge” which overlooked a large dam surrounded by weeping willows and gum trees. Bokmakieries hopped about the lawns feeding together with Southern Boubou’s, Pied Starlings, African Hoopoes and Hadeda Ibis. A lone Red-Throated Wryneck called from a fencepost and Pin-Tailed Whydah males bullied Cape Canary’s feeding on the grass seed. I quickly checked into my lodgings and rushed out again to head for the Amersfoort Bridge with Lucky, my very competent guide from the Birdlife South Africa Training Centre, to do some wetland birding for which the area is famous. Black-Crowned Night-Heron, Great White Pelicans, Little Egrets, Grey-headed Gulls and White-Breasted Cormorants all flew past while in the wetlands Cape Shovellers, Egyptian Geese and Yellow-Billed Ducks dabbled alongside countless African Purple Swamphens, Common Moorhens, Red-Knobbed Coots and Greater Painted-Snipe. Out in the open water African Darters dived for fish and African Spoonbills moved their oddly shaped bills in scything sideways movements. Red-Billed Teals and Yellow-Billed Ducks fed along the edges of the reed-beds with an occasional Cape Teal. A lone Marsh Harrier was a highlight for me and I watched it for some time as it quartered low over the marshlands, making occasional stoops into the rank undergrowth. A Black-Shouldered Kite sat and watched us from the telephone lines, where it wagged its tail up and down in alarm at our presence. 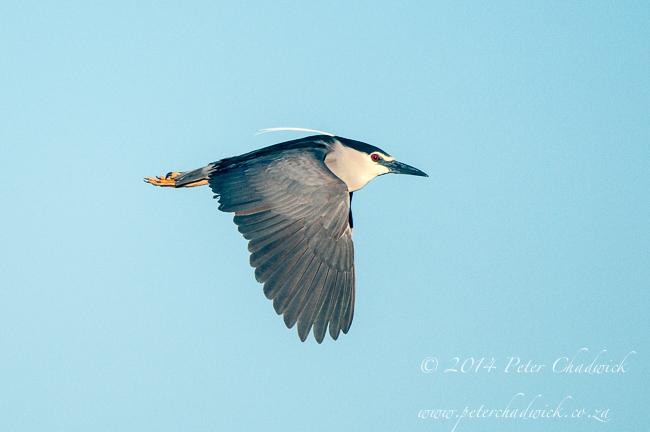 Driving out along the farm roads, the weather was unfortunately not on my side with low mist and light drizzle dampening my birdwatching plans. However, despite this, Blue Korhaan, Southern Bald Ibis and a small flock of Grey Crowned Cranes were soon ticked off, with the Korhaans being particularly exciting as a pair of males tried to out display one another.  Long-Tailed Widowbirds were ever present in large flocks with the males being in the process of changing into their attractive summer plumage. Those males already in their breeding plumage were hard at work trying to impress the much drabber females into mating with them. African Stone Chats sat on the farm fence-lines watching over Cape Longclaws, African Wattled Lapwings and Blacksmith Lapwings feeding in the farmlands. With the poor weather, the areas “special” larks and pipits avoided us that day, but Lucky was extremely confident that on a return journey, he would easily locate these specials for me. 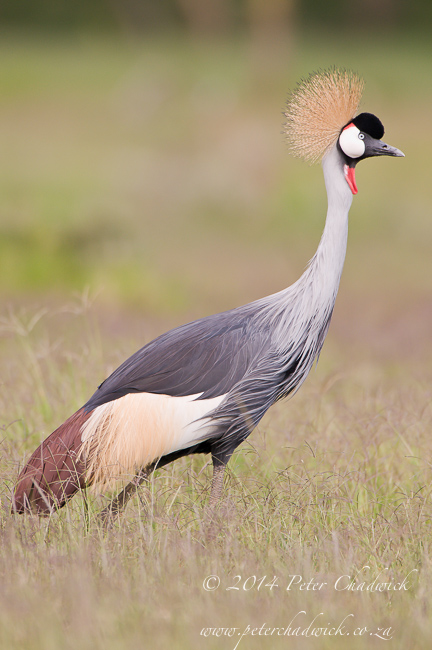 Season and weather: Mpumalanga falls within the summer rainfall area with hot to very hot summers and mild winters. The highveld areas can become very cold in winter

Habitats: The Mpumalanga Birding Route is extremely rich in its diversity of habitats which range from high altitude Mountain fynbos and grasslands through to riparian forests and scrub savannah. Wetlands and rivers abound in the area.

Recommended Viewing Points: Malelane, The route along the Swaziland Border between Barbet and Oshoek, Wakkerstroom, Chrissiesmeer