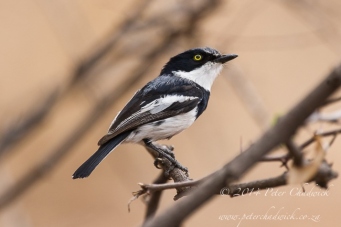 Drought clawed the landscape as an oppressive hot wind formed whirlwinds that sped across the parched and desolate open areas and yet, there was a promise of change as thunderclouds built up all around and rumbled in anticipation of shedding their life giving loads. I had stopped in the middle of a gravel plain in the Rooipoort Nature Reserve that is managed by the De Beers group as part of their network of conservation areas and which lies between the arid Kalahari sands and the city of Kimberly.

Eastern Clapper Larks that were stimulated by the coming rain began to display, calling and fluttering with clapping wings as they flew high into the sky before plummeting ground-wards again. In the distance, the "rusty-pump" sounding calls of Northern Black Korhaans on one side and the high-pitched calls of Red-Crested Korhaans on the other carried across the breeze and herds of Black Wildebeest began to chase around with bucking gaits and flicking tails. Double-Banded Coursers and Ant-Eating Chats began to emerge out of the shade-providing shrubbery and started the endless search for food. In the dry shrubbery itself, Black-Crowned Tchagras, Crimson-Breasted Shrikes, Desert Cisticolas, Black-Chested Prinia’s and Scaly-Feathered Finches also became active as flashes of lightning began to strike earthwards from the dark skies above. 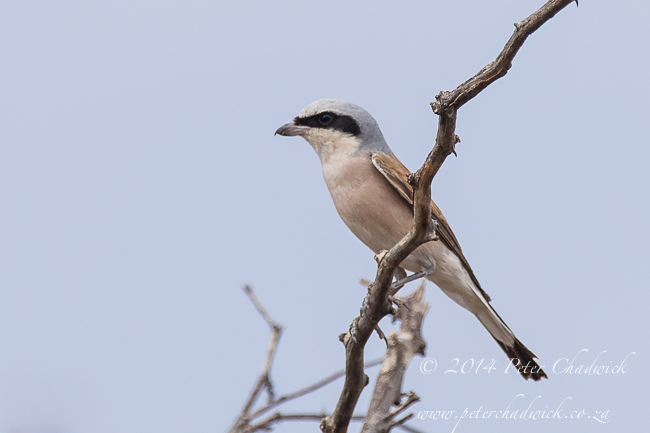 Eland, Giraffe, Blue Wildebeest and Blesbok all stood resting in the large open plains around Stone Dam as Crowned Lapwings, Red-Capped Larks, Larklike Buntings and Starks Larks scurried around on the ground in search of insects and seeds. At Bakkies Pump, Swallow-Tailed Bee-Eaters hawked insects from the air, returning to a dead tree where they first tenderized the insects by beating them on the branches before flicking them into the air to swallow them head first. A leaking pipe adjacent to the pump attracted an Acacia Pied Barbet, Red-Eyed Bulbuls, Cape Turtle Doves and Yellow Canaries that all came down to drink and bathe. 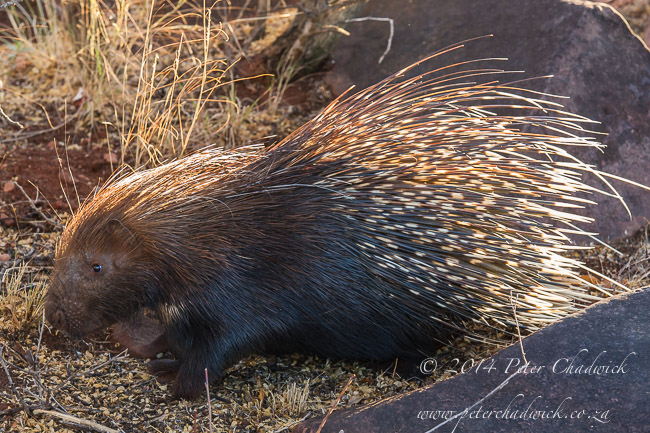 Driving along the gravel network of roads, I headed for the banks of the Orange River that wound its way across the northern borders of the reserve and provided a life-giving belt of greenery where Hadedah Ibis's and African Hoopoes probed their long decurved bills deep into the soils and Grey Herons and Little Egrets stood patiently in the shallow waters on the rivers edges. Black-Backed Jackal pairs began to wail all around, acting as informers to the imminent downpour that was about to be unleashed from the skies. Sitting quietly on the rivers banks, I watched as European Bee-Eaters, Blacksmith Lapwings, Three-Banded Plovers, Pied Kingfishers, Cape Robin-Chats and Dideric’s Cuckoos all moved up and down along the riverbank. Given my stillness, a herd of Blue Wildebeest wandered within several meters of me, cropping the short lush green grass as they went along oblivious of my presence. Massive catfish gulped air and splashed their tails attracting the attention of a pair of Goliath Herons who then took fright when they realized the size of the fish. Wandering further along the riverbank, I found White-Breasted Cormorants, African Darters and Spurwinged Geese and I was also surprised to see several Caspian Terns winging along the watercourse, closely followed by Brown-Throated Martins that were swooping in amongst the swarms of midges. 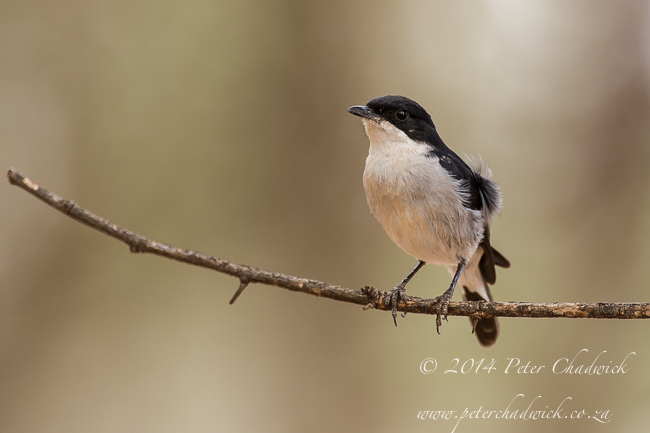 It was then that the rain was finally unleashed and came bucketing down, delivered over the next three to four hours along with incredible thunder-claps and constant flashes of lightning. Any depression was quickly filled and long-dry streams were soon flowing with muddy brown water. The rain continued well into the dusk and night ceasing any opportunities for birding and driving me back to the dry shelter of my comfortable accommodation. The following morning still held grey overcast skies but all around, birds were now in full song. A wander around the main homestead quickly produced Fiscal Flycatchers, Red-Backed Shrike, Chestnut-Vented Tit-Babblers, Pririt Batis's, Kalahari Scrub-Robins, Southern Masked Weavers and Jacobin's Cuckoos. Orange-River Francolins could be heard calling from several points close by but sadly despite trying hard, I had no luck in finding these well-camouflaged birds. 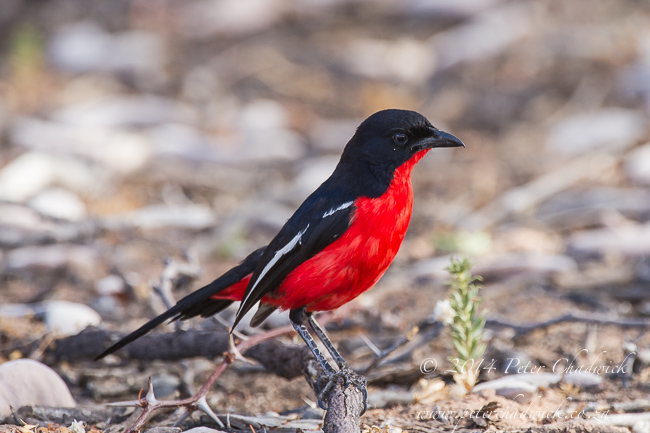 Driving out again onto the reserve, I had hardly travelled a kilometer when I was thrilled to find a young Porcupine that allowed me to walk with it as it shuffled its way back to its daytime sleeping hide. A herd of Red Hartebeest and Gemsbok, startled by my walking, snorted and then followed me at a distance, trotting off again every time I stopped to look at them. Sabota Larks seemed to be everywhere, calling loudly from the tops of trees and high bushes. Millipedes and Leopard Tortoises had also miraculously appeared and became regular sightings now that the ground was moist and flowing with much needed water. Walking back towards my vehicle, I found a large and angry Rock Monitor Lizard that hissed and thrashed its tail at me and on looking closer, I realised that it had had an encounter with some predator that had clawed and damaged the lizards hind leg, slowing down its ability to escape and leaving it to give a furious display of aggression. 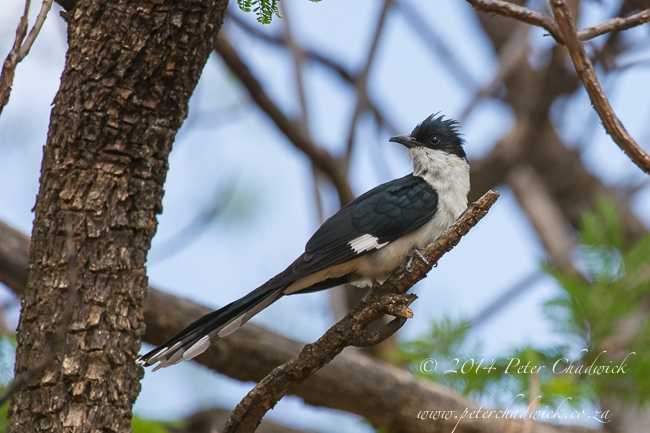 On the banks of the Orange River again, I returned to my previous days spot under the large weeping willows and sat observing a large flock of White-Fronted Bee-Eaters swooping low over the water together with Barn Swallows. These birds all scattered in panic as a Gabar Goshawk appeared on the northern bank of the river and flew southwards to perch in the upper branches of the tree that I was sitting under. The goshawk did not wait long and was soon chasing after a flock of Yellow Canaries, snatching one of the unlucky birds in midair and then taking it off to a quite location to be eaten. As if my patience had not been rewarded enough, the two Goliath Herons from the previous day landed close by and I watched as they cornered a shoal of small catfish which were then plucked off and swallowed at leisure. The heron’s chasing and flapping around in the shallows attracted the attention of an African Fish Eagle who tried to take the opportunity of getting a free meal, swooping down at speed onto one of the herons that had just caught a fish. In the ensuing skirmish, the fish that had just been caught by the heron was flung into the air only to land again in the water where it took the opportunity to quickly escape and leaving the birds to glare at one another before all flying off in different directions. 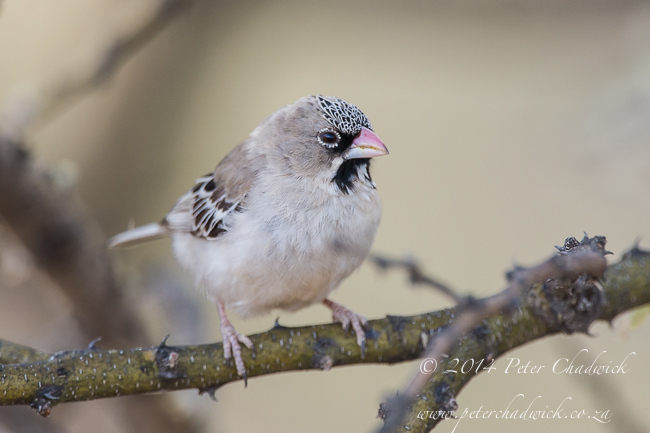 Grudgingly, I had to leave my tranquil spot on the riverbank and start my journey to my next destination, but as I drove off, I reflected on how these arid and often lifeless appearing areas always provided the most amazing and memorable experiences and how Rooipoort Nature Reserve had transformed from being drought stricken to water-logged and full of life in just a matter of hours. 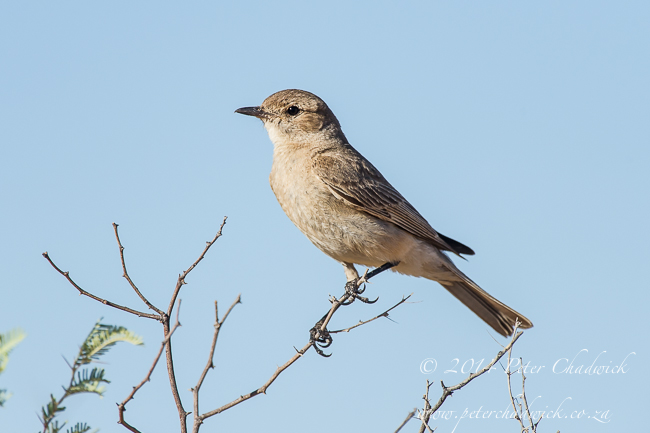 Accommodation & Activities: The 40 000-hectare property has belonged to De Beers since 1893 and is one of the oldest conservation areas in southern Africa. It sleeps 12 people in 6 rooms with a central kitchen and dining rooms. Guest cottages and a luxury tented camp are also available.