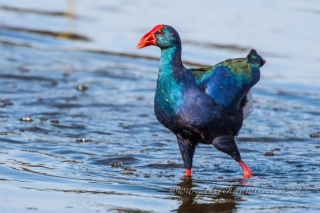 Through the years, my focus of attention has always been drawn to the incredible diversity of birds and I never cease to be amazed by their variety and interesting habits.

As a result of this, I have placed huge emphasis on trying to photograph and write about birds in the hope that others will become as enthralled about them as I am and in so doing, help support their conservation and protect the environments in which they live. I regularly submit photographic and written material promoting birds and their conservation to a wide range of media across the globe.

1 of 12. A Fairy Tern hovers against a partially cloudy blue sky at its breeding island in the Seychelles. 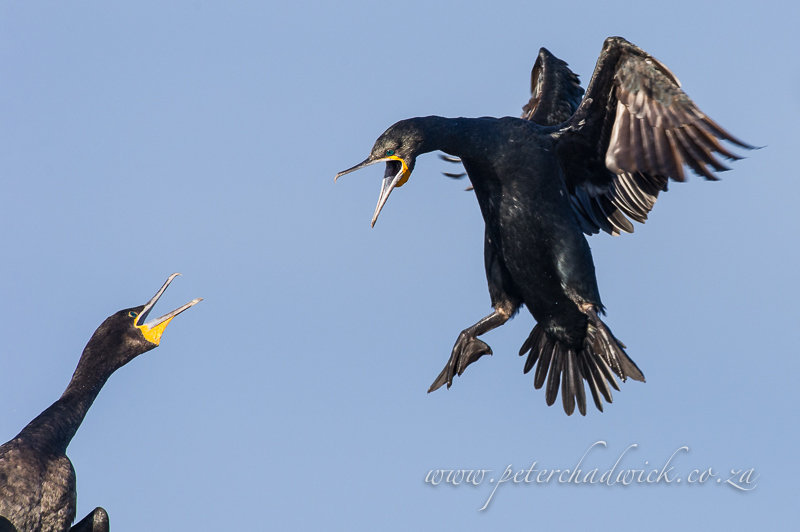 2 of 12. A Cape Cormorant greets its partner that has retruned to the nest site after a days feeding out at sea. 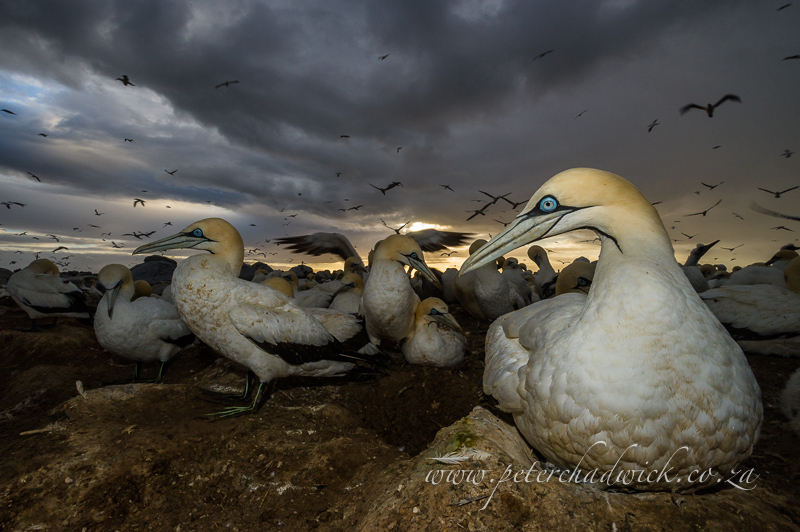 3 of 12. Cape Gannets at their nest site on Malgas Island as a thunder storm passes overhead at dawn. 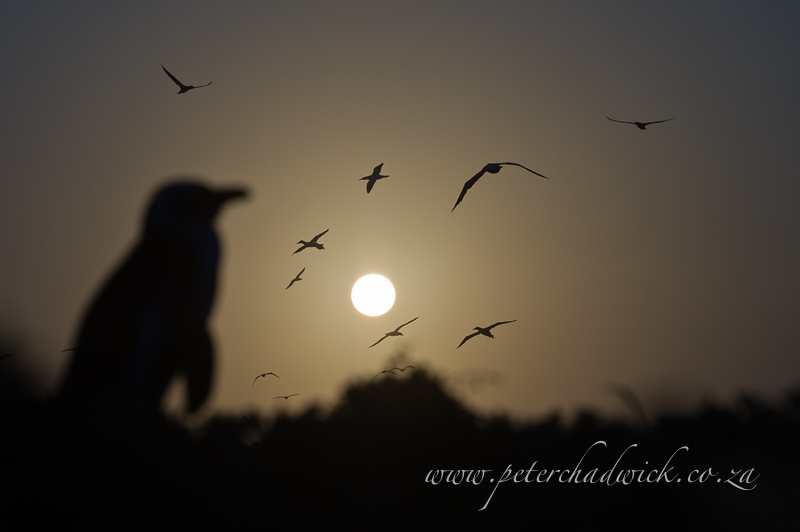 4 of 12. The blurred silhouette of an African Penguin against the setting sun as Cape gannets return to their overnight roost site. 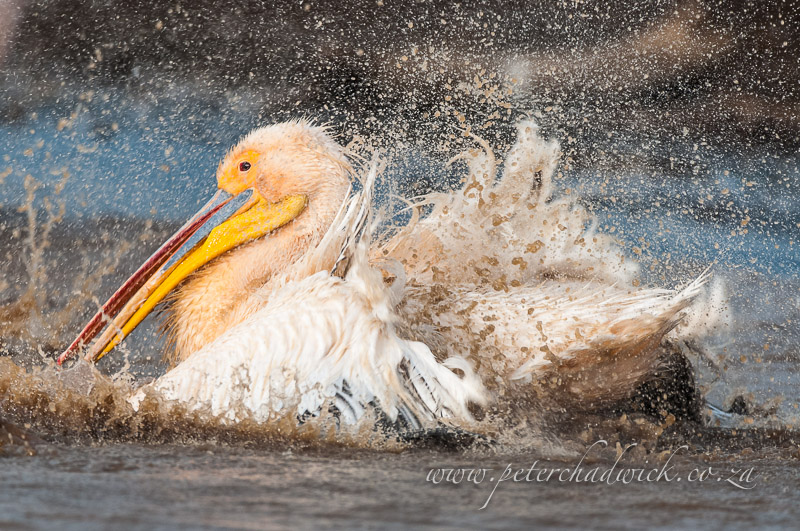 5 of 12. A Great White pelican bathes in a fresh water stream with much wing slapping and spalshing and in order to rid itself of caustic soda built up on its feathers from feeding in Lake Nakuru in Kenya. 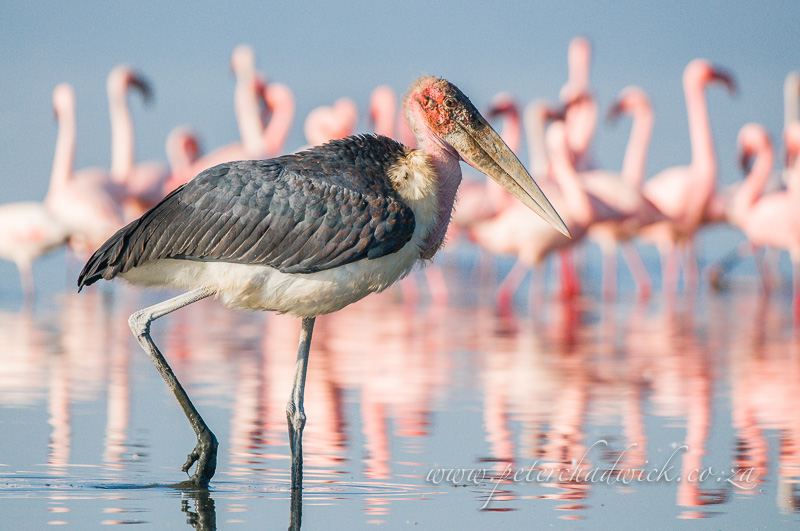 6 of 12. A Marabou Stork patrols the shallows of Lake Nakuru in search of sick or dying flamingoes upon which the stork can feed. 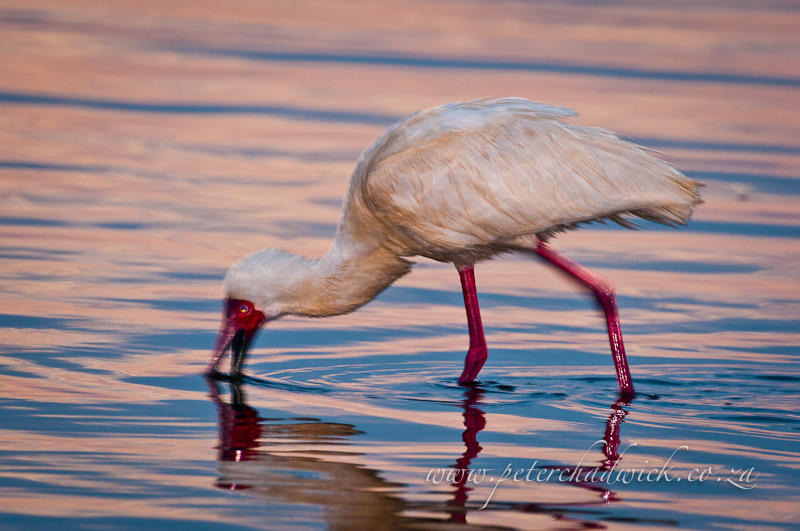 7 of 12. An African Spoonbill feeds in the shallows of Lake Nakuru in pre-dawn light that casts a pinkish glow across the water. 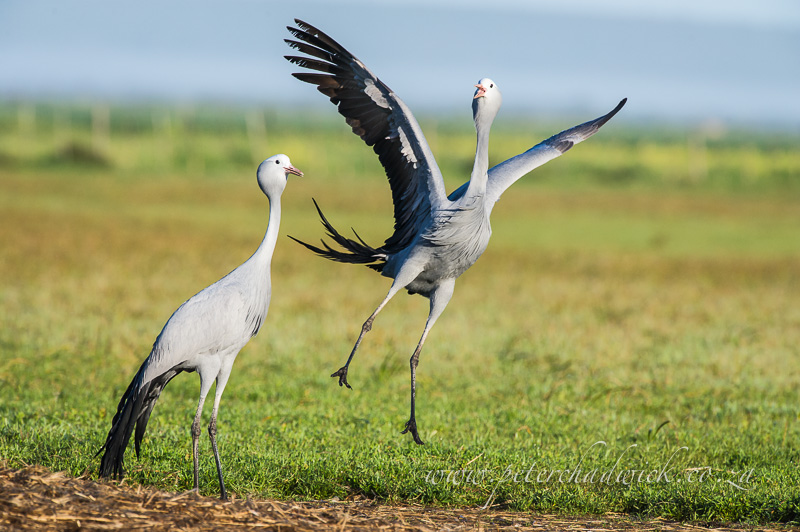 8 of 12. A Blue Crane pair dances and displays with high leaps and prancing. 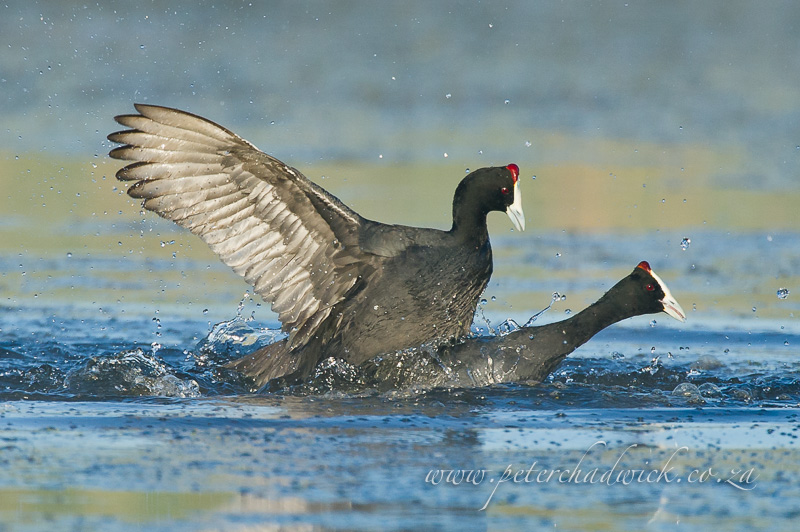 9 of 12. A dominant Red-Knobbed Coot attacks and pushes down a second coot that has wandered into the territory of the dominant bird. 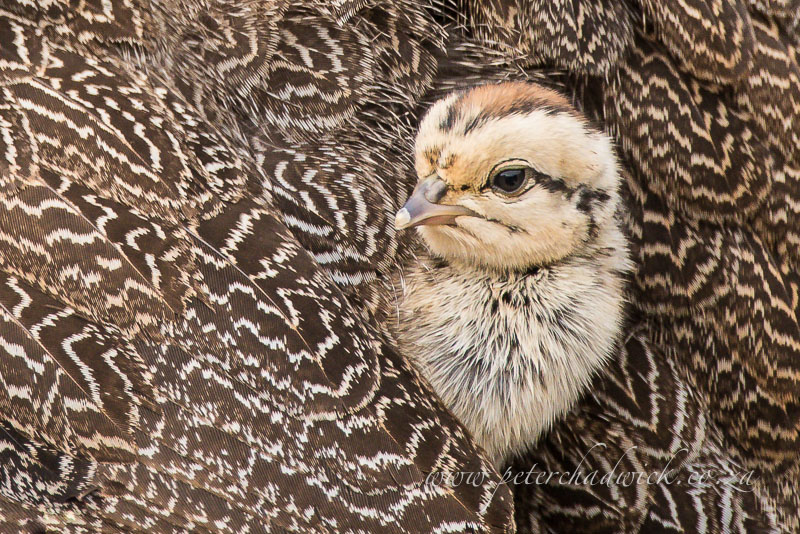 10 of 12. A newly hatched Cape Spurfowl peers out from the protective covering of its mothers feathers. 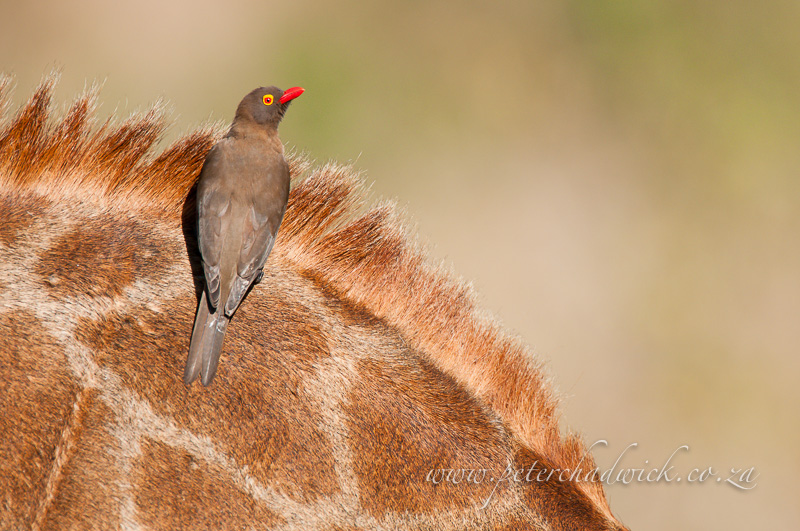 11 of 12. A Red-Billed Oxpecker pauses from feeding on the back of a Giraffe. 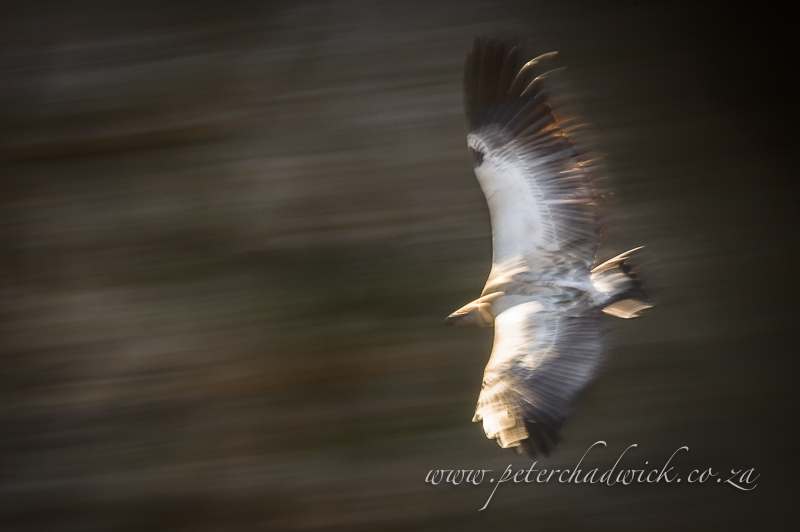 12 of 12. A Cape Vulture flies at speed through the deep gorge where its breeding colony is situated.