Our Marine Environment From Above Hot 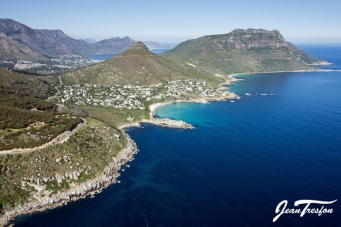 As National Marine week comes to an end, we take to the skies with photographer Jean Tresfon, for an aerial perspective of our greatest natural asset, the Western Cape's coastline.

African Conservation Photodestinations has featured Jean's underwater photography, but in this portfolio in celebration of our magnificent coastline, he takes to the skies as an accomplished girocopter pilot and aerial photographer.

Our dependance on our coastline is often overlooked. We generally only ever see the ocean as we gaze out to see, seldom do we see the coastline from the ocean. The importance of this portion of the marine environment is brought to life when experienced from the air, looking "in".

The images speak for themselves, and as we bring to a close another marine week, lets ensure that we respect our fragile marine environment as we go about our daily lifes. 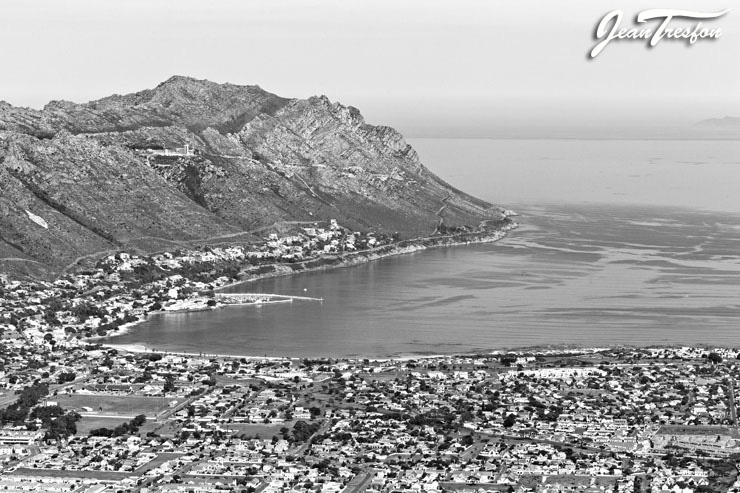 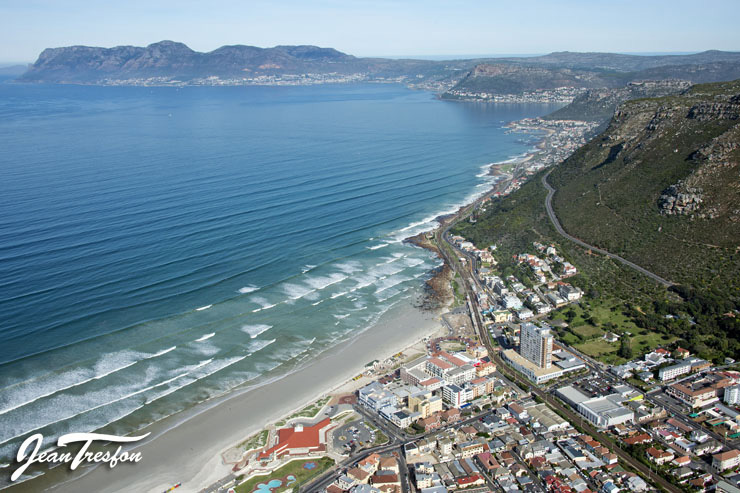 2. Small swell lines march into Surfer’s Corner at Muizenberg on a glorious day in False Bay. 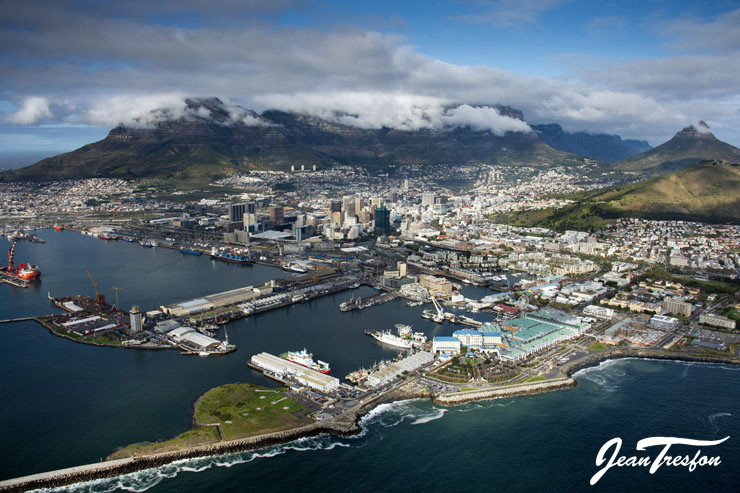 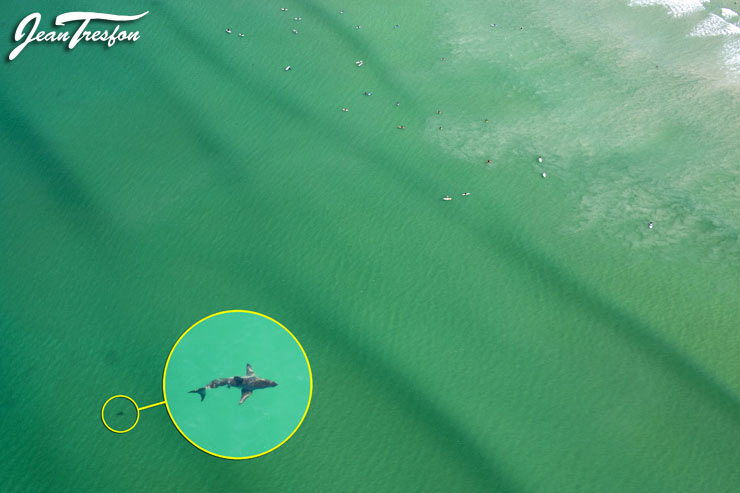 4. A small great white shark shares the water with surfers at Muizenberg Beach. 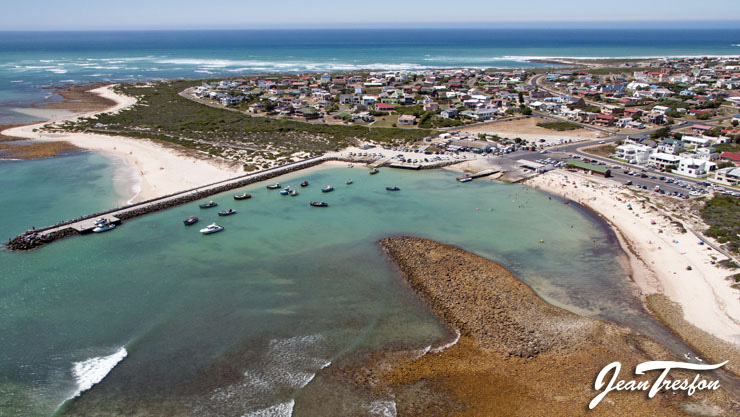 5. Fishing boats at rest in the picturesque harbour at Struisbaai. 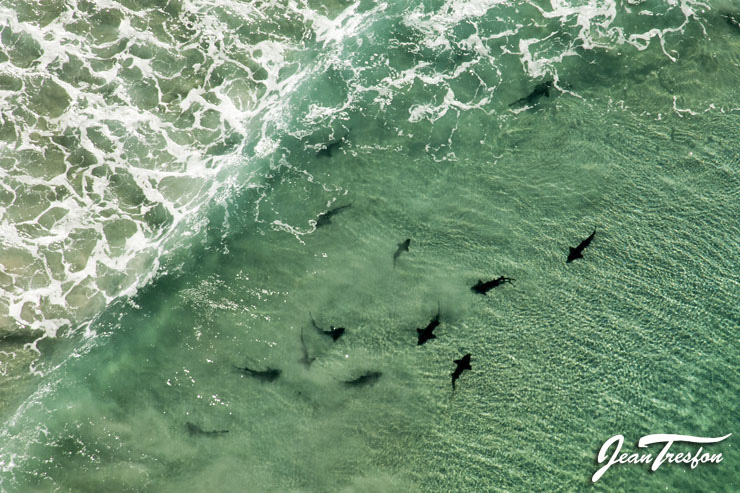 6. Spotted Gully Sharks aggregate in the shallow waters of Buffelsbaai. 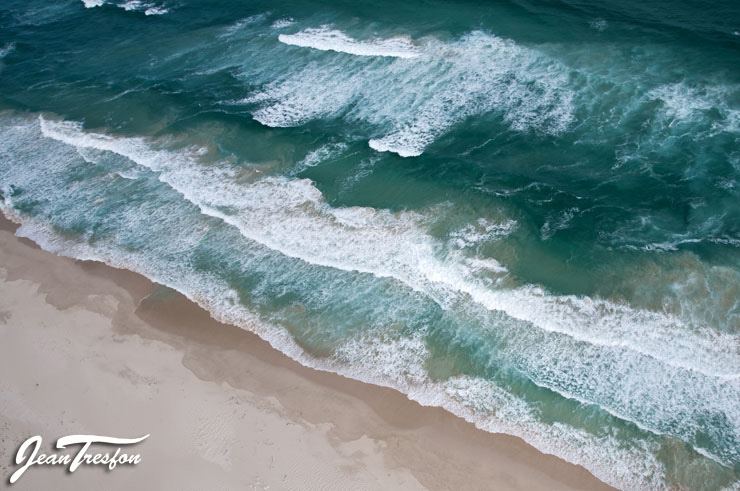 7. Wild winter seas crash onto a deserted beach on the Overberg coast. 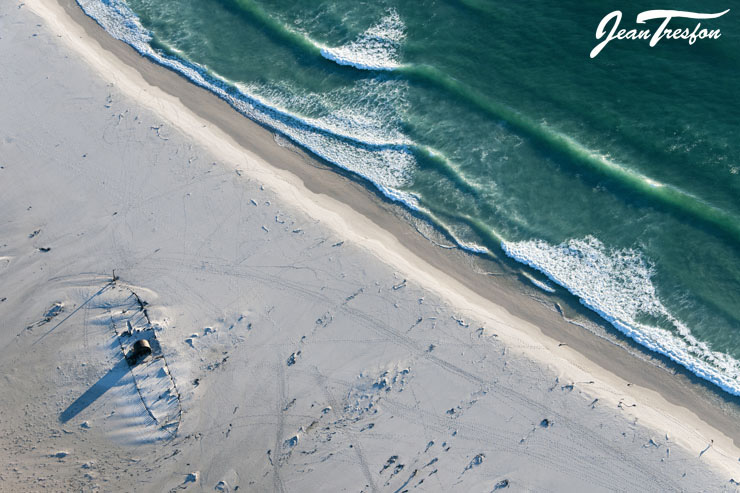 8. The wreck of the steamer Kakapo lies high and dry on Noordhoek Beach 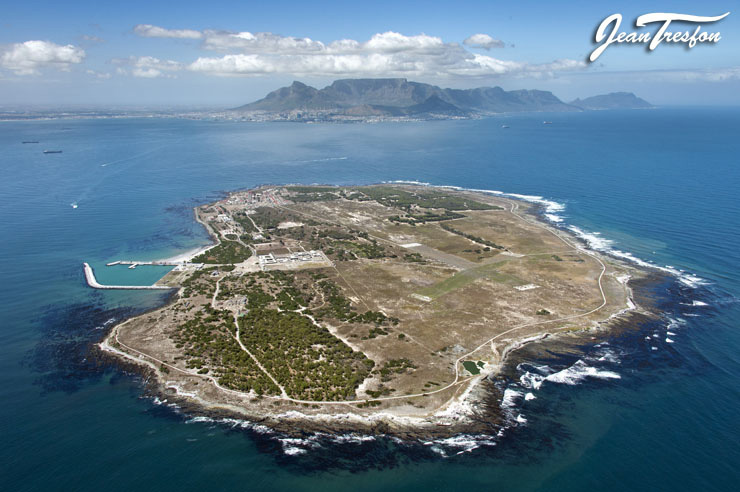 9. Robben Island with Table Moutain in the background. 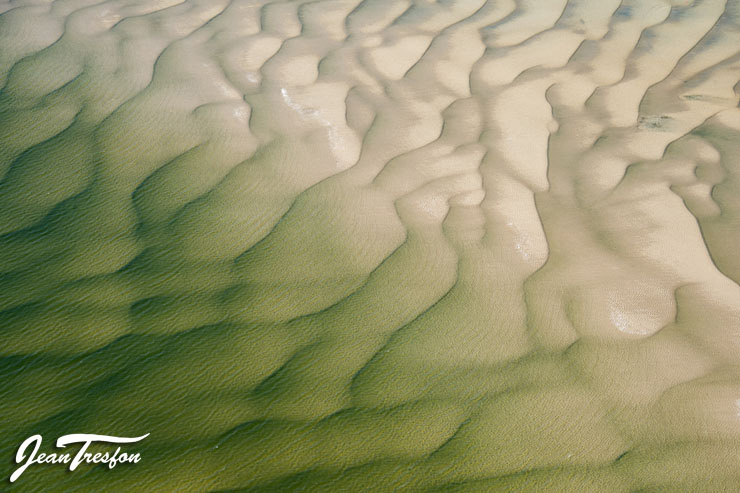 10. Abstract of sand & water shot at the mouth of the Breede River. 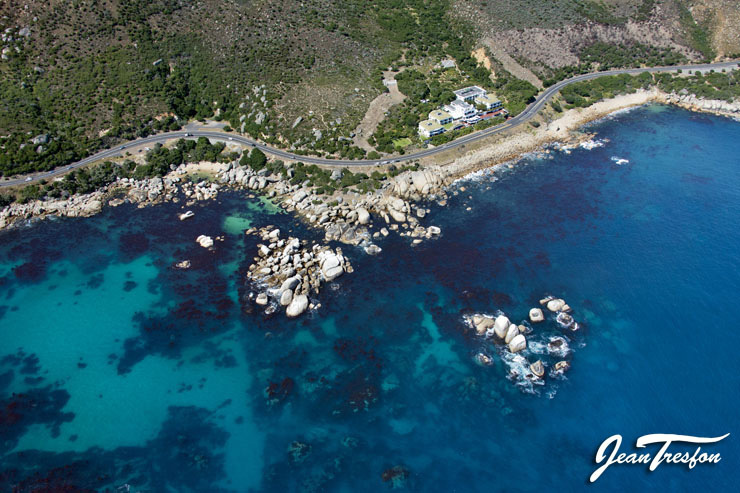 11. Icy cold and crystal clear waters on the Cape’s Atlantic Seaboard at Oudekraal with the Twelve Apostles Hotel in view. 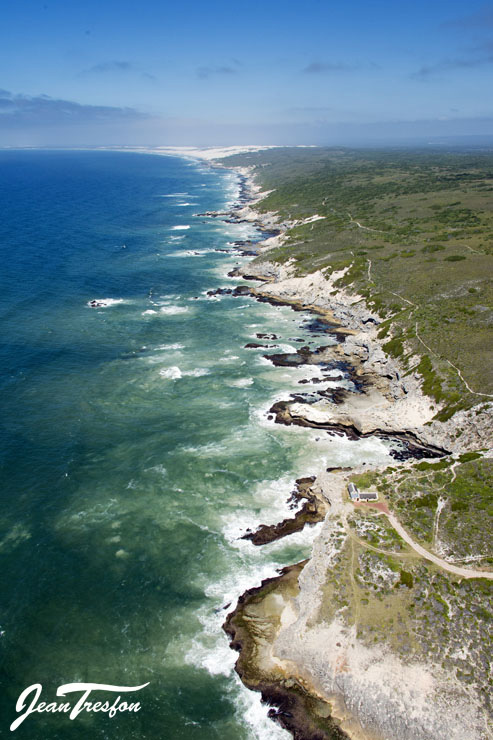 12. The magnificent and dramatic De Hoop coastline, home of the Whale Trail. 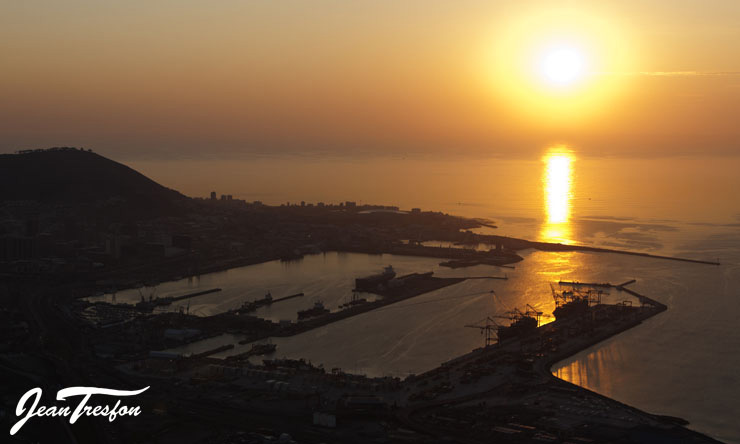 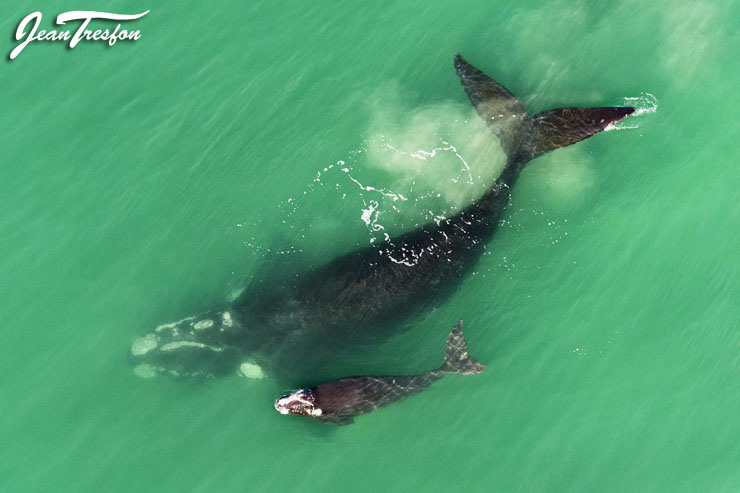 14. A southern right whale mother and calf pair in the nursery grounds at Hermanus. 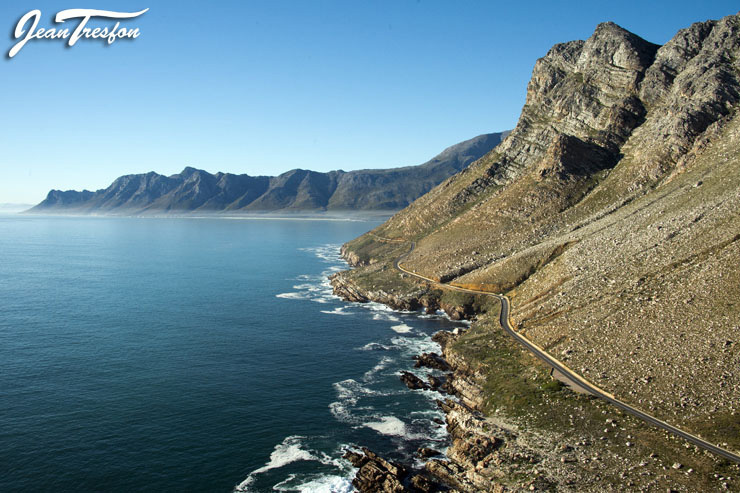 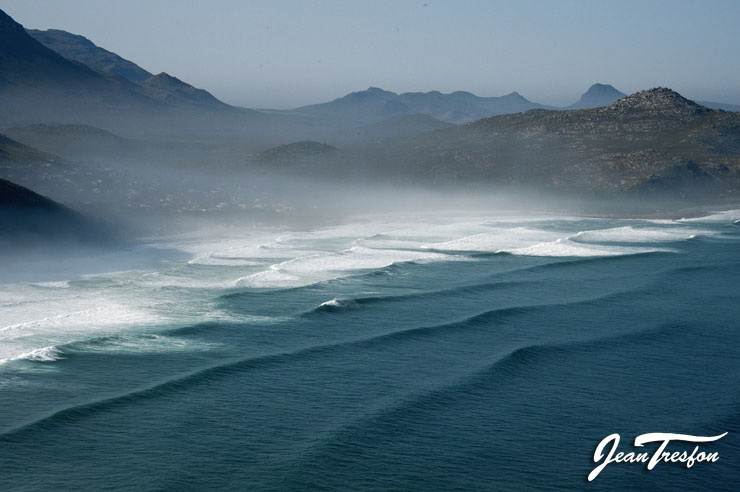 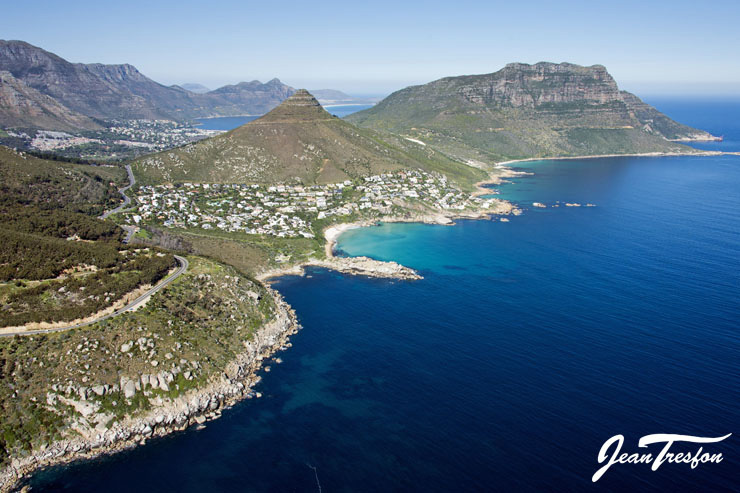 17. A beautiful Cape winter’s day looking over Llandudno with Hout Bay visible in the background. 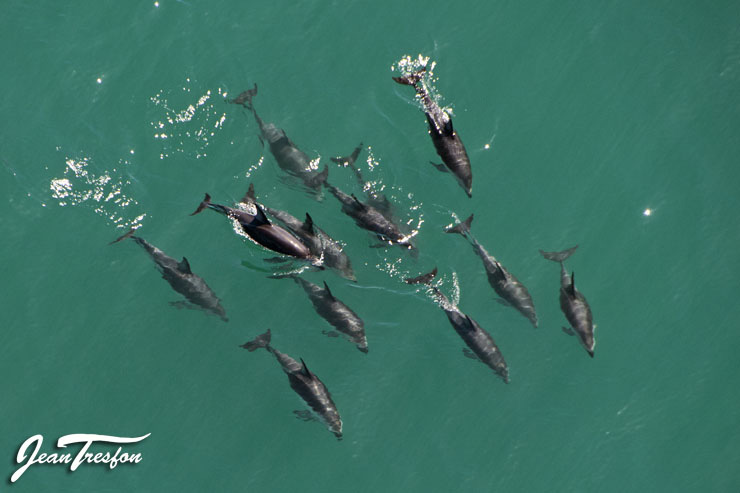 18. A pod of dusky dolphins enjoys the calm waters near Bokpunt on Cape Town’s West Coast. 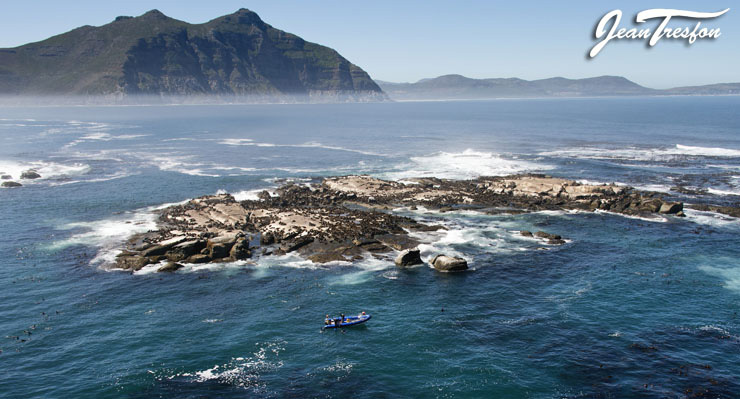 19. Animal Ocean’s seal snorkeling adventure boat anchored off Duiker Island near Hout Bay. This is one of the top marine wildlife interactions to be experienced in Cape Town. 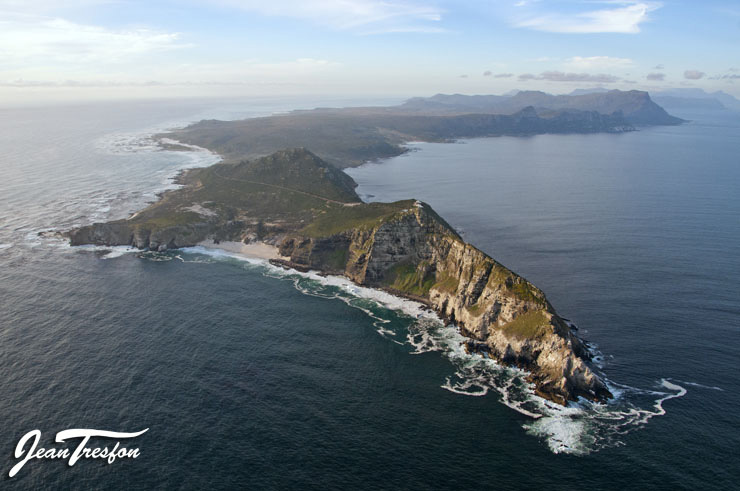 20. Cape Point is bathed in late evening light as the sun heads for the western horizon.

All images are ©Jean Tresfon and are used here with permission.