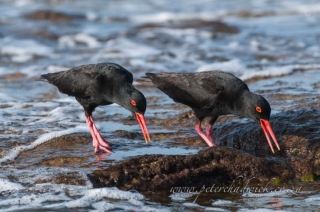 African black oystercatchers are resident to the West Coast and Southern Cape, with occasional birds moving into KwaZulu- Natal. In the early 1980s their numbers plummeted to around 4 500 birds.

Through conservation efforts, including banning off-road driving on beaches, the population now stands at around 6 000 birds.

Resplendent in smart, all-dark plumage, with bubblegum-pink legs and dagger-like bills, the colour of a Bloody Mary, African black oystercatchers are among the most charismatic species of South African and Namibian coasts.
They frequent the ever-changing interface between land and ocean, foraging in spray-soaked intertidal areas pummelled by breaking waves. The birds time their movements to the millisecond, dashing forwards to snatch tasty morsels, then taking flight as the surf breaks dangerously close.

There are 10 other species of oystercatcher worldwide and, like them, these dashing waders have a neat way of minimising competition for food between the sexes. The male’s bill is relatively short and stout: he eats mainly gastropods such as whelks and limpets, whereas the female uses her longer, thinner bill to probe fissures for polychaete worms and mussels. Feeding takes place day and night,for 5–9 hours within each 24-hour period.

African black oystercatchers are thought to reach the grand old age of 35. They reproduce slowly, in common with most long-lived birds, raising one brood per season. The grey-plumaged chicks hide among similarly coloured rocks, but after a couple of weeks or so become bolder and eventually join the adults at shoreline feeding areas. Here the juveniles incessantly beg their parents for food, finally becoming fully independent at two to six months old. 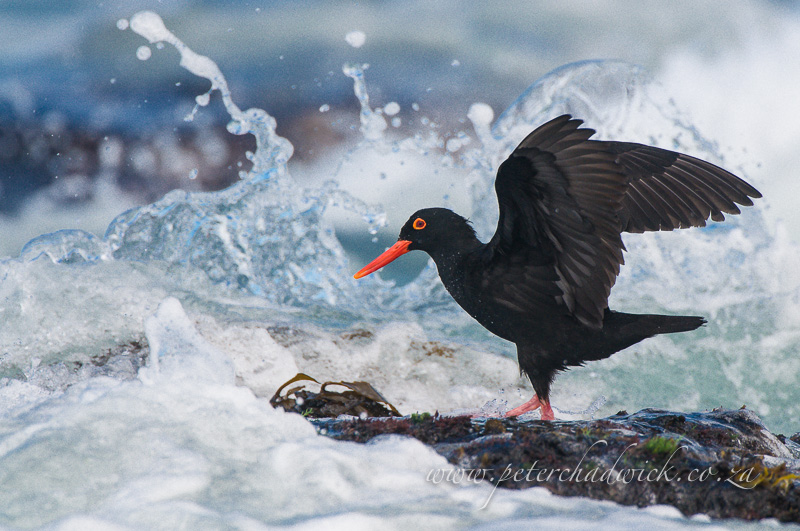 1 of 12. An African Black Oystercatcher lands on a wave smashed rock on an out-going tide and in order to start feeding 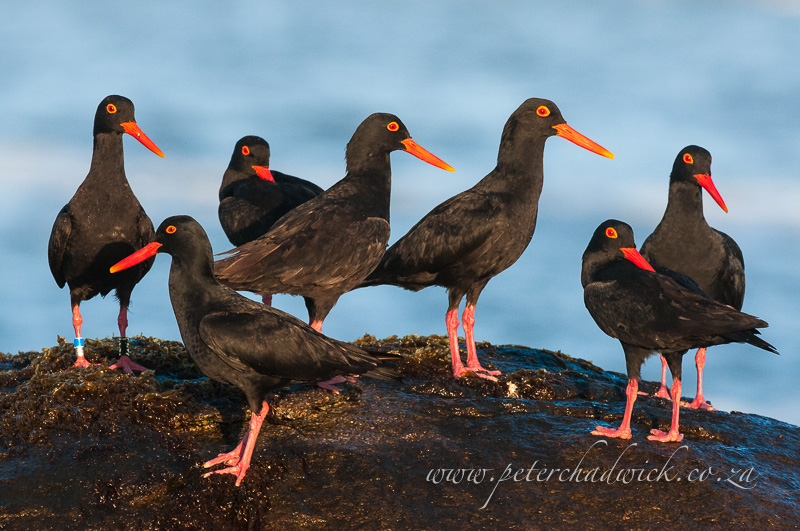 2 of 12. A bachelor group of African Black Oystercatchers rest on an exposed boulder on Malgas Island on the west coast of South Africa. 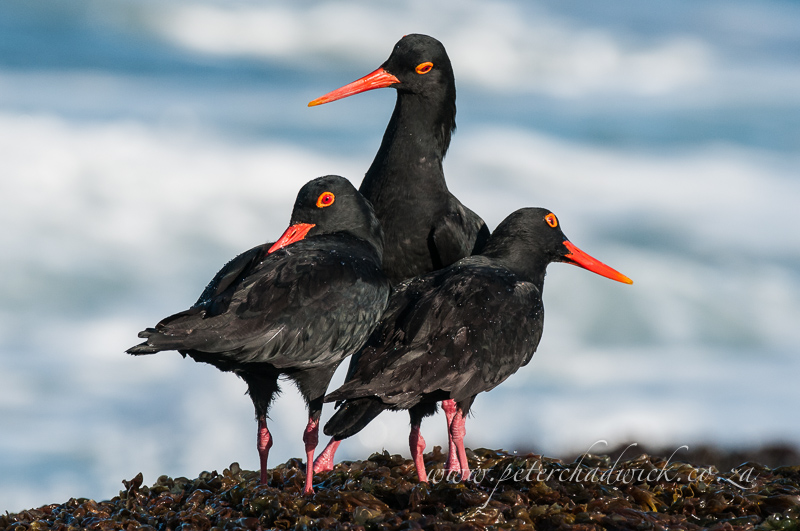 3 of 12.Two male African Black Oystercatchers size each other up as the female rests indifferently with her head along her back 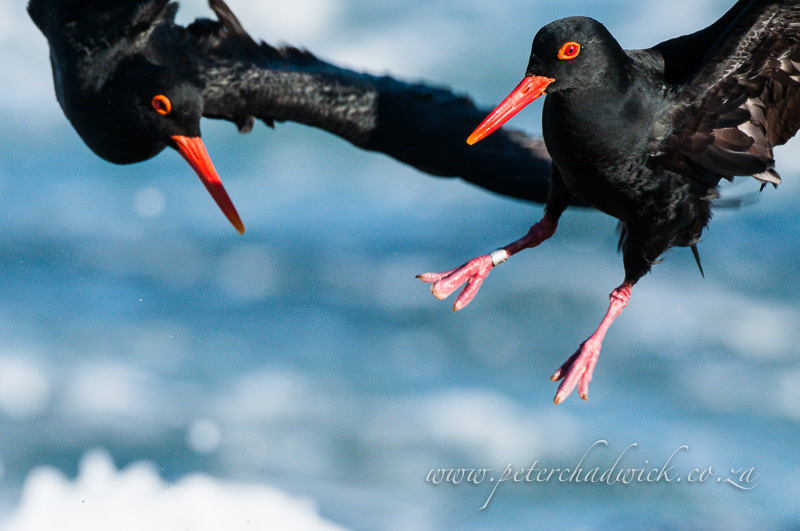 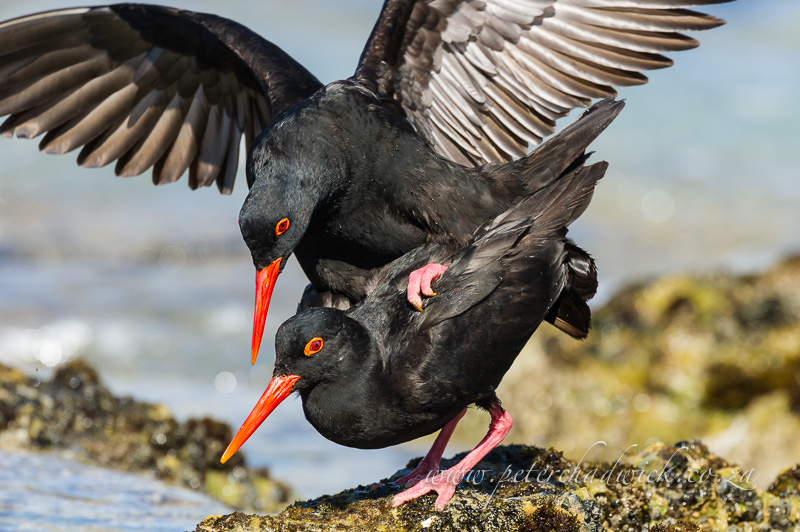 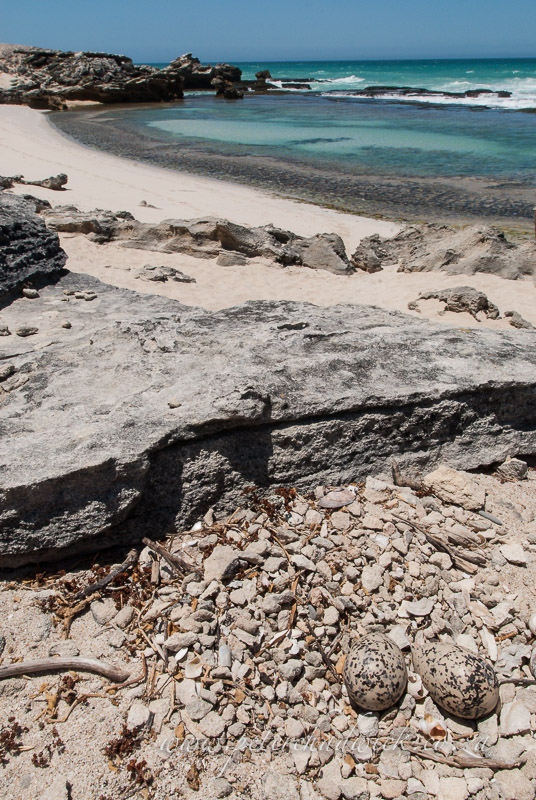 6 of 12. The shallow nest scrape and well camoflagued eggs of the African Black Oystercatcher. The birds nest along the coastline of South AFrica and try to fing locations with good surrounding views so as to avoid predation. 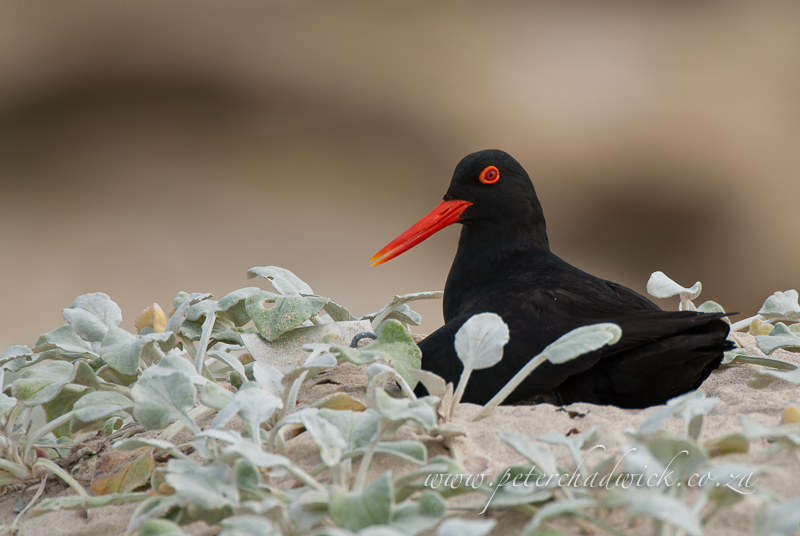 7 of 12. An African Black Oystercatcher incubates on her nest that is placed on the crest of a coastal dune. 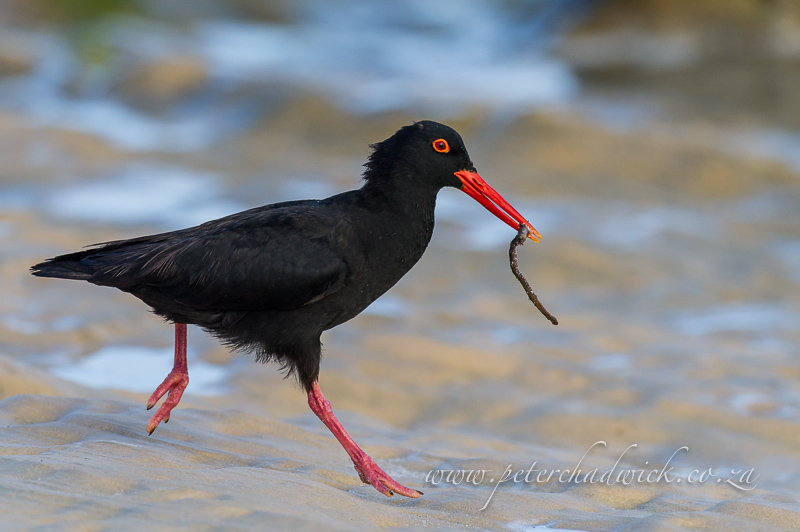 8 of 12. A male African Black Oystercatcher runs to feed his chick with a large reef worm dangling from his bill. 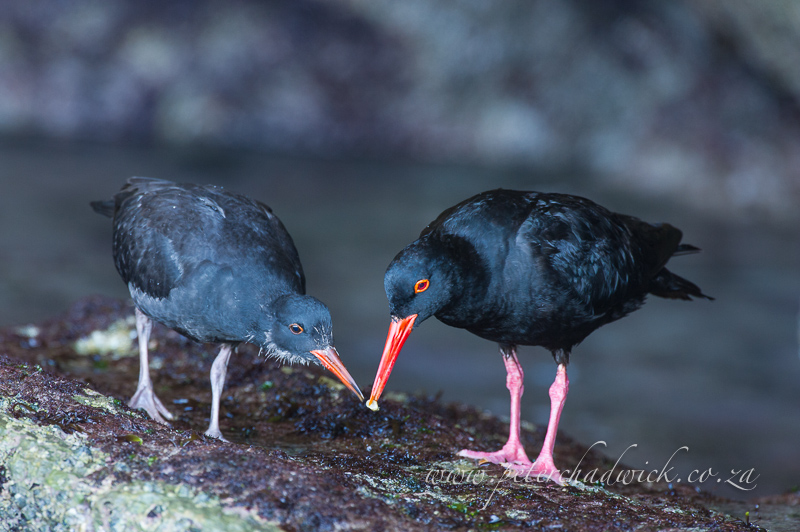 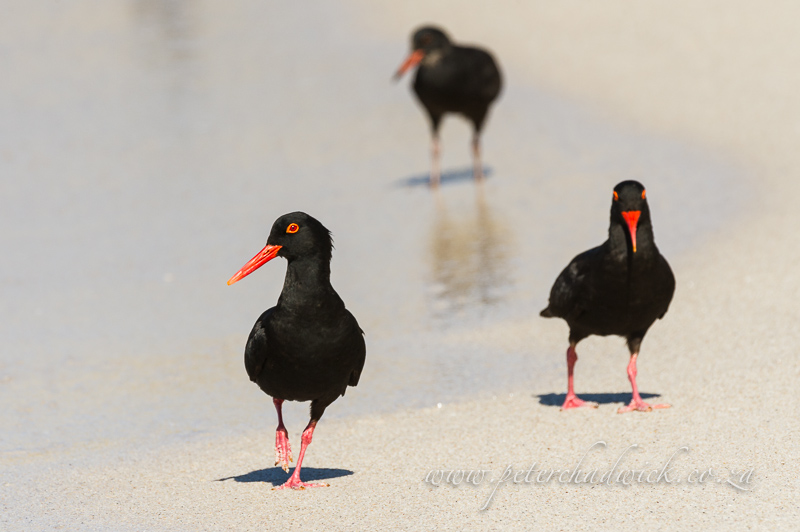 10 of 12. An adult pair of African Black Oystercatchers lead their well developed chick down onto the feeding grounds. 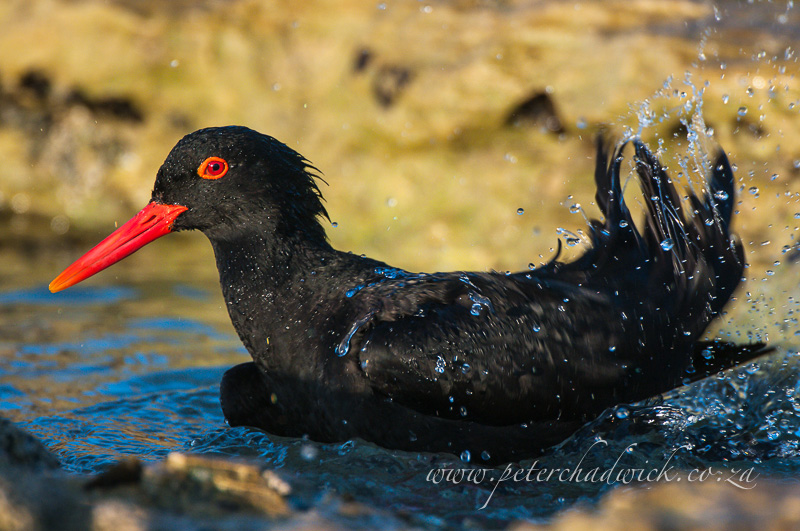 11 of 12. A male African Black Oystercaher bathes in a shallow rock pool and before commencing with feeding. 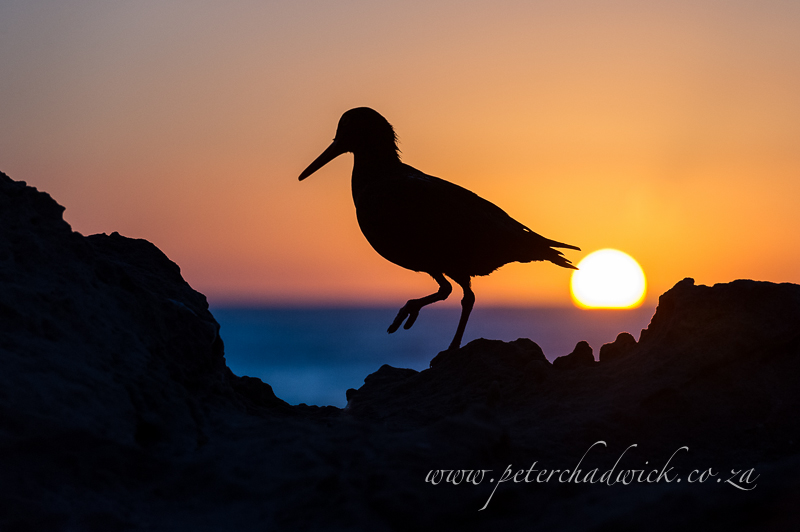 12 of 12. An African Black Oystercatcher leaves its overnight roost that was high on coastal rocks as the sun pops over the horizon at dawn.