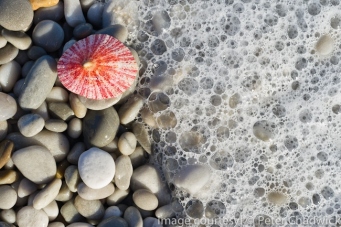 South Africa is blessed with one of the richest and most diverse coastlines and marine environments on the planet. Our coastline extends for nearly 3500km’s between the Mozambique border and Kosi Bay in the east and the Orange River estuary bordering Namibia in the west.

In addition, the South African Exclusive Economic Zone extends seawards for 200 nautical from the coastline with additional territory extending around the Prince Edward Islands in the southern Oceans.

This vast area is particularly rich in marine flora and fauna with over 12000 species having been identified to date with about 1/3rd of these species being endemic in over a 136 different habitats.

Two major current systems sweep up our coastline, with the cold water Benguela running northwards along our west coast as part of the cool temperate waters of Atlantic Ocean and resulting in major nutrient rich upwelling that drives high bio-mass with low species diversity. This makes this area a primary focus for South Africa’s commercial fishing industry. In the Indian Ocean and on the east coast of South Africa, the warm sub-tropical waters of the Agulhas Current results in high species diversity, but low bio-mass. These two mighty currents meet off the Agulhas banks contributing to the productivity of this area and supporting vast commercial fisheries. 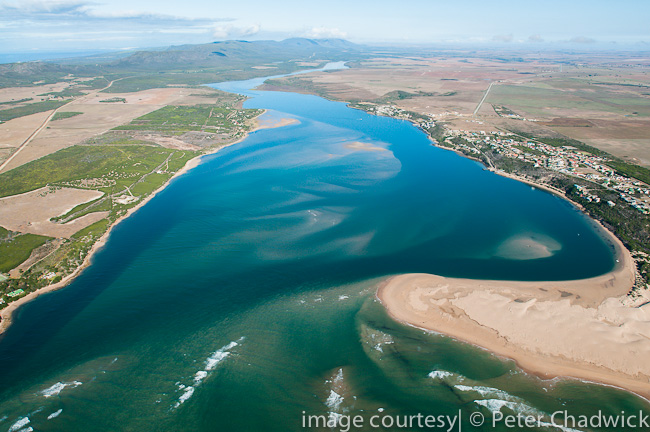 Our marine ecosystems are intricately linked to our terrestrial environment and particularly through our rivers and estuaries. Practises undertaken high in the catchments can have positive or negative implications for our marine resources. Estuaries are especially important as nursery grounds for many fish species. We can therefore not package our conservation efforts into compartments but must rather take an integrated approach that highlights the intricate connectedness of the environment. 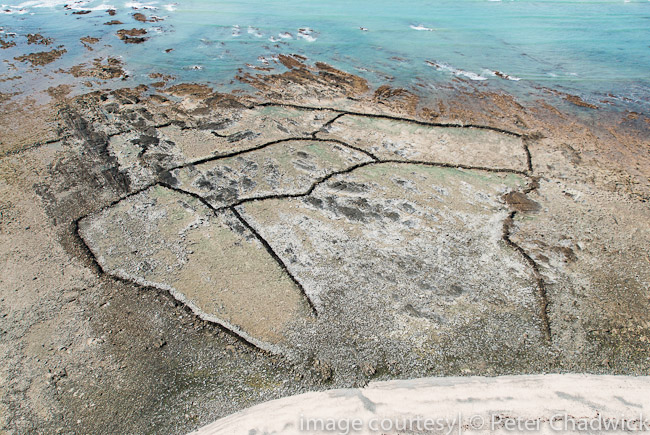 We have a rich cultural and historical link to the ocean that includes the Khoi-San’s use of stone built fish traps along the Cape coastline and which ingeniously trapped fish during outgoing tides. There was also a strong dependency on collecting shellfish from the intertidal zone, with it even being suggested that this high protein and Omega 3 rich diet enabled brain development. Mans earliest records of writing have been discovered in a coastal cave in the southern cape! 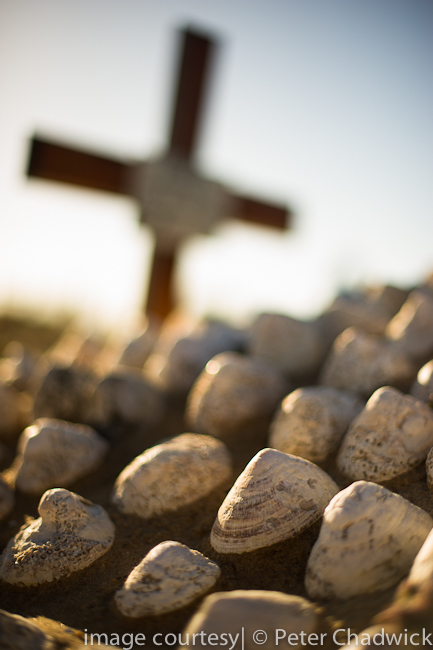 Marine products have been used in traditional medicine through the ages and fishing communities hold a particularly strong connection with the oceans, even covering the graves of relatives lost at sea with shells gathered from the coastline. 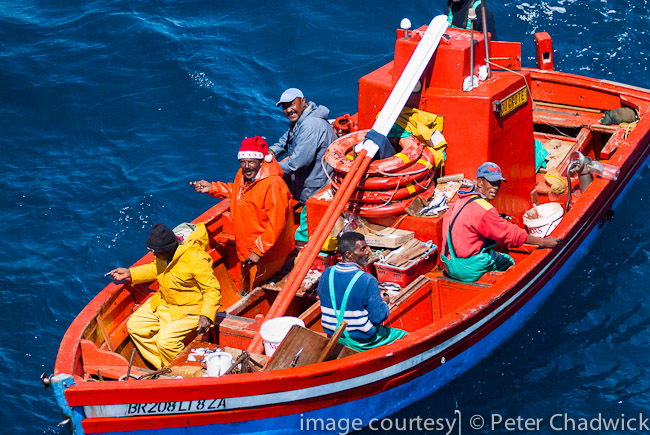 There are many coastal communities that are dependent on the resources of the sea and still use largely traditional and sustainable methods to provide a livelihood for themselves. These communities have largely had to bear the brunt of industrial fishing practises which have depleted stocks and in order to keep up with developments are now abandoning their traditional ways to become more commercial, thus placing greater pressures on our line fish that where placed under a State of Emergency in 2000 by the then Minister of Environmental Affairs Vali Moosa. 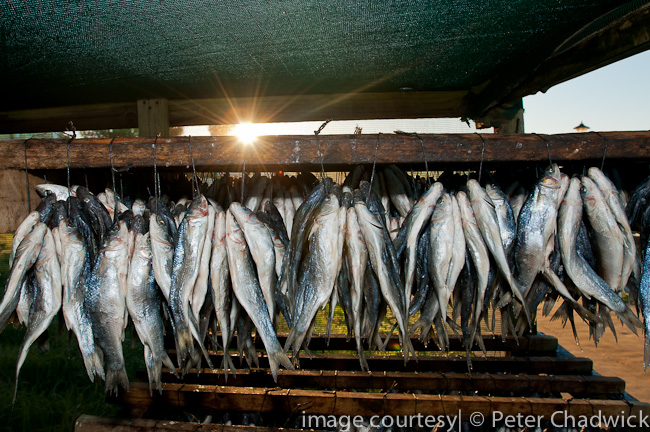 These practices range from hand lining using wooden “chukkies” through to crayfishing and also trek netting where haarders and other fish are salted and dried as Boggems”. 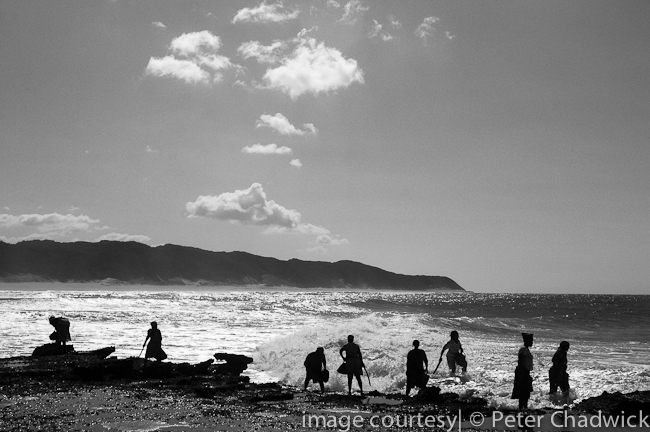 On the Wild Coast and in KwaZulu Natal Xhosa and Zulu ladies venture down to the shoreline on a daily basis to forage for shellfish, redbait and octopus that are removed from the rocks, often as heavy waves pound where they are working. Daily catches are not only used to feed their own families but are often placed collectively to feed the whole village. 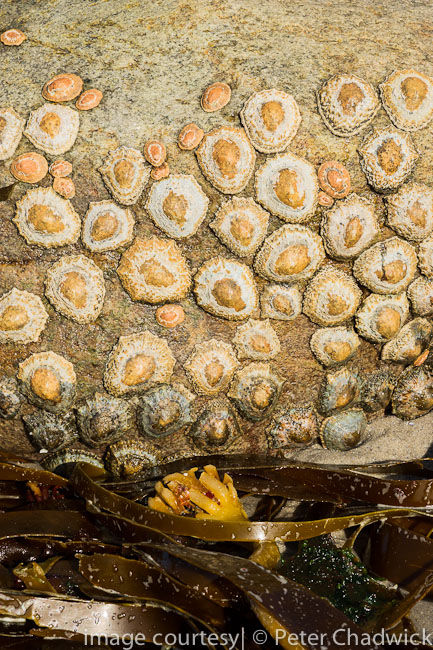 Our Namaqua Bio-region is void of marine protection areas being under threat largely from mining practises. On this coast, we have many endemic species that includes the Heavysides Dolphin and the highest recorded densities per square meter of grazing animals in the world, that rival the Serengeti plains in excitement and diversity. Several species of limpet pack the inter-tidal zone maximising on the benefits of the rich kelp forests. 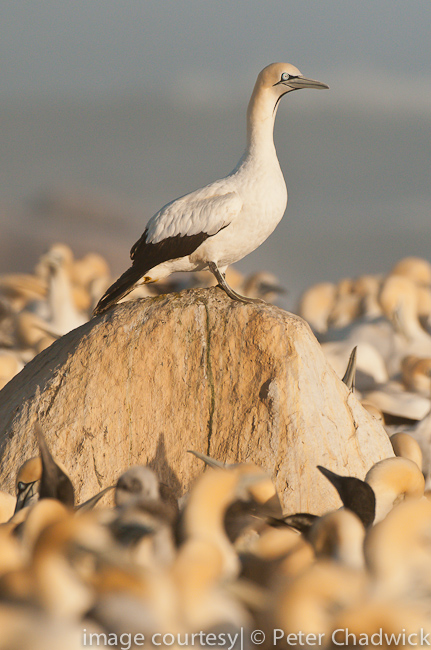 Dassen, Jutten, Schapen and Malgas Islands are critical to the survival of several seabirds species that are now under immense human induced pressures that include overfishing of their food sources, oil pollution from stranded shipping and the past practises of guano and egg harvesting. For the Cape Gannets we are losing 1% of the global population annually. The protection of these islands and small pelagic fish are therefore critical to the long term survival of the species. 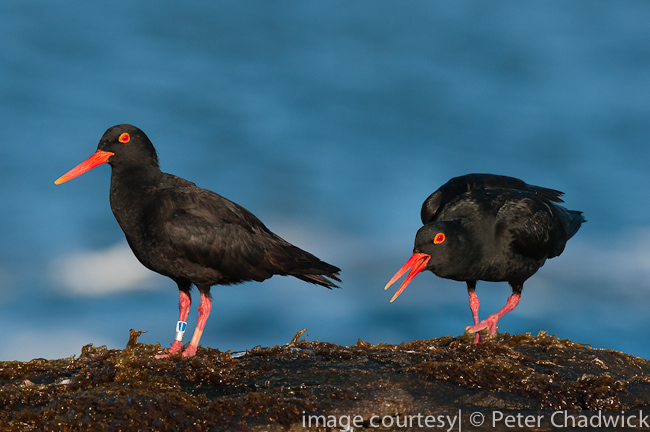 African Black Oystercatchers also occur on these islands and elsewhere along our coastline and fortunately through strict conservation efforts this species global population is increasing from a low in the mid 1980’s of about 4500 birds to a current population topping 6000 birds. This is a conservation success story that also shows that where we are committed, we can make a positive difference to the well being of the planet but we do need to ACT!

False Bay has become globally famous for its “Flying Great White Sharks” that are regularly featured on National Geographic and Discovery channels. This has helped develop a tourism industry that nets over R20 million rands per annum and helps with job creation and socio-economic opportunities. South Africa is also globally recognised for the Shark Spotter program that has been developed to minimise the human/shark pressures and which clearly shows that shark nets which are destructive to many marine species are not needed. 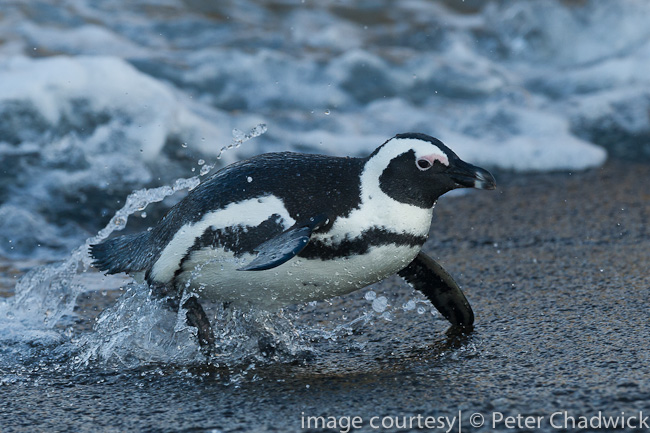 The African Penguin colony at Boulders Beach in the Table Mountain National Park at Simonstown attracts over 1 million visitors per annum and which helps raise much needed funding for the management of the National Park. This species is currently critically threatened with extinction with some saying that it will be gone forever by 2025. This colony therefore also plays a critical role in raising awareness to the plight that this species is facing and has resulted in many conservation efforts to try and stem the slide to extinction. 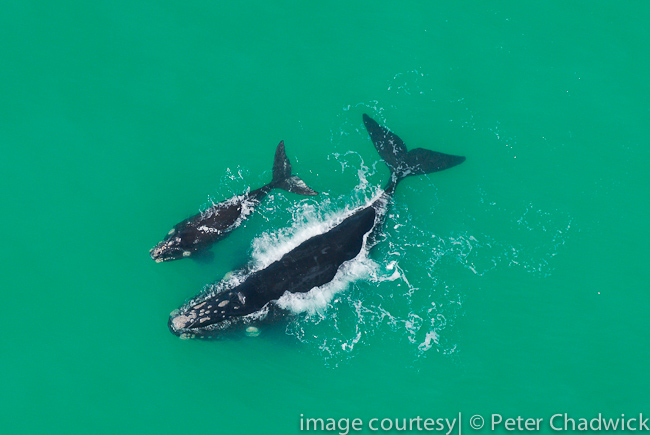 Hermanus is well known for its Whale Watching, but it is actually the De Hoop MPA which holds the greatest concentrations of  Southern Right Whales that visits our shorelines to calve and mate. In one annual census that I undertook at De Hoop MPA, we counted 324 animals within the protected area boundaries and it is estimated that De Hoop hosts upto 40% of the annual visiting numbers of Southern Right Whales making it not only important from a South African perspective but also at a global level by ensuring safe calving grounds for these animals. 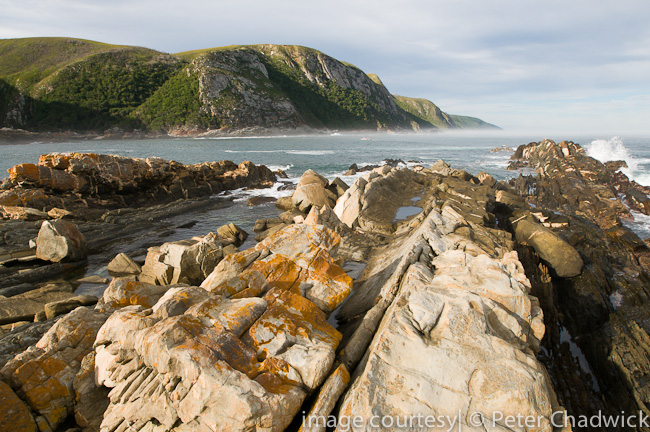 Further along our coastline and close to the western and eastern Cape boundaries is the Tsitsikamma Marine Protected Area which is South Africa’s and Africa’s oldest MPA having been declared in 1964. This MPA has faced recent pressures to have it re-opened to fishing. A report undertaken by WWF showed that should this be allowed to happen fish stocks that have built up over the past decades would be wiped out within a few months. These MPA’s are critical to ensuring the protection of fish species that are able to breed and allow for spillover in to neighbouring areas and thus ensure sustainability and viability of these species. 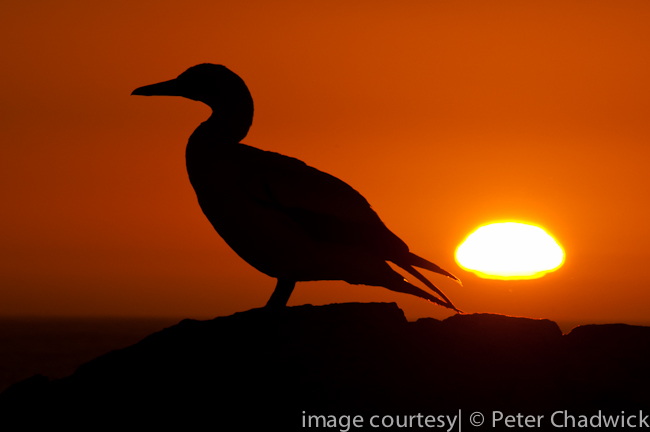 In Algoa Bay near Port Elizabeth, lies Bird Island which is the only location where populations of Cape Gannet are remaining stable, with birds returning each spring to breed on the island together with African Penguins. Efforts are currently underway to have a portion of Algoa Bay declared as a MPA . 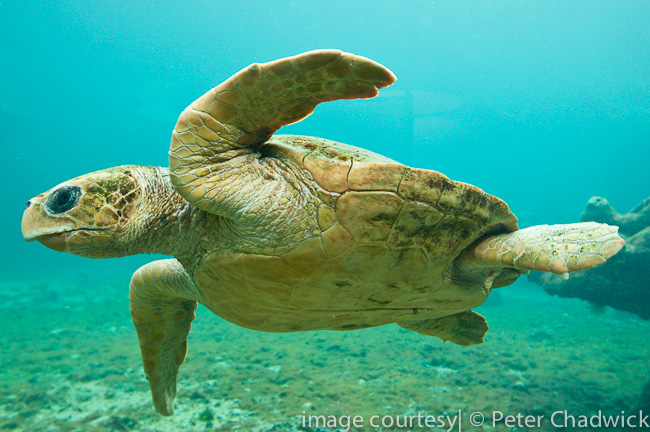 Turtles have long been a conservation iconic species and have been studied in the iSimagaliso Wetland Park for over 40 years. This work focussed on the monitoring of the nesting turtles. Leatherback and Loggerhead Turtles come ashore to breed on moonlit summer nights laying their eggs in the beach zone.  Turtle tours now also form part of a suite of marine tourism activities that can be undertaken in the Wetland Park. 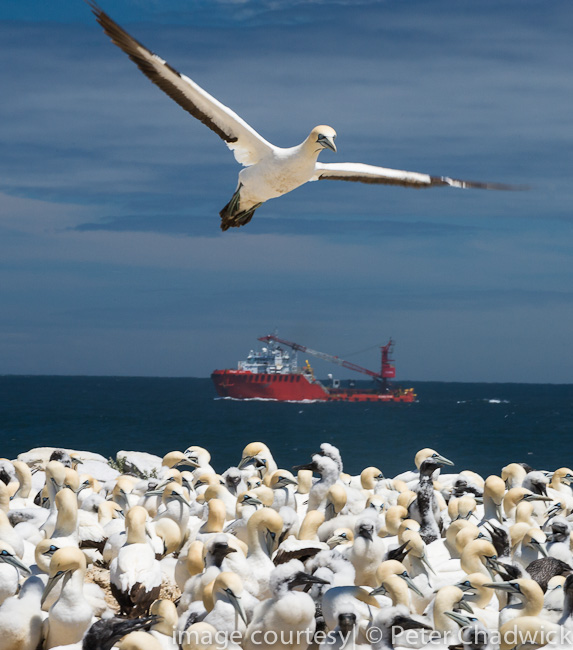 Given that the South African coastal and marine environment holds great economic value and that the rich and productive coastal regions support millions of jobs, increasing pressure is being applied to these marine environments and their resources from sectors as diverse as tourism, fishing, land-based industries, shipping and mining. These pressures are now eroding the marine environments ability to sustain humanity and the rich web of marine and coastal biodiversity. A renewed, more concerted and focussed effort is needed to reverse the current decline in ocean health. We have the choice today to make a positive difference to this incredible asset and ensure that through wise decision making future generations can enjoy the diversity and benefits of our oceans.

Celebrate World Oceans Day on the 8th of June by going out and making that positive difference.

An article and images by wildlife and conservation photographer Peter Chadwick

jrHidden 0/south-africas-marine-heritage-in-celebration-of-worlds-ocean-day-8th-june.html0
Please enter the security code.
163com_contentcom_content52detail
It does not need a trained eye to realize that Peter Chadwick has entered the realm of important South African photographers. Beautiful photos for an important day. Commented byPaulJune 09, 2012

It does not need a trained eye to realize that Peter Chadwick has entered the realm of important South African photographers. Beautiful photos for an important day.