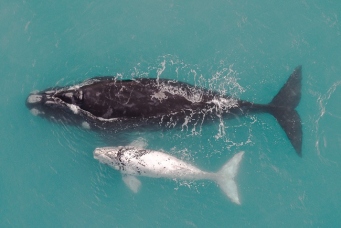 Listed as endangered by CITIES, the Southern Right Whale is protected in all of its known breeding grounds. It spends the summer months in the far Southern Oceans feeding and during the southern-hemisphere winter it migrates northwards to calve in the waters off Argentina, Chile, Namibia, Australia and South Africa. Current global population estimates put the total number of this species at around 10 000 animals with South Africa, Argentina and Australia protecting the important breeding grounds.

Hunted unsustainably in the past, populations are now recovering with an estimated annual increase of 7% per annum. In South African waters, most animals arrive in their calving grounds between July and October. Calves are born after a 12 – 13 month gestation period with a peak around late August. Females mostly calve at three-year intervals. Important calving areas in South Africa are in False Bay near Cape Town, Hermanus and Walker Bay, Plettenberg Bay, Algoa Bay and with the De Hoop Marine Protected Area being the most important, with over 350 animals occurring within its sheltered bays at any one time during the breeding season.

From the elevated shoreline of De Hoop Marine Protected Area at Koppie Allen between 50 and 75 Southern Right Whales may be easily viewed during the height of the breeding season. Whales may be viewed breeching, tail slapping or sailing with their tails high in the air and for the lucky, fights between bulls may be observed with aggressive chasing and severe thrashing that churns the water into a white foam. Every year a few white calves are also born and may be seen swimming in close proximity to their mothers. These white calves darken in colour as they get older, eventually becoming grey.

Given the conservation status of the species and the positive population recovery, Southern Right Whales are now returning to historical distribution areas with animals extending up the west coast into Namibia and into the Mozambique Channel. 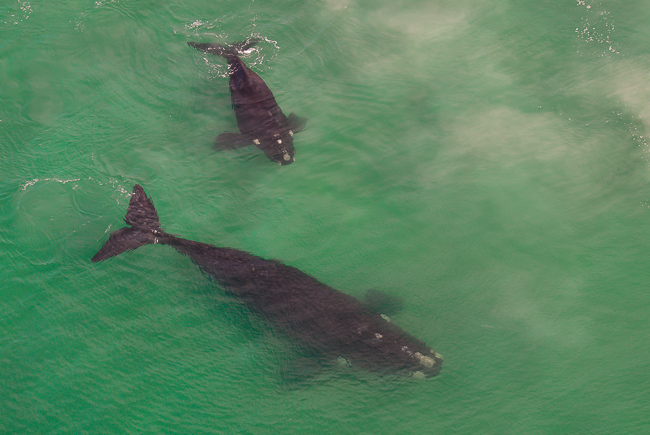 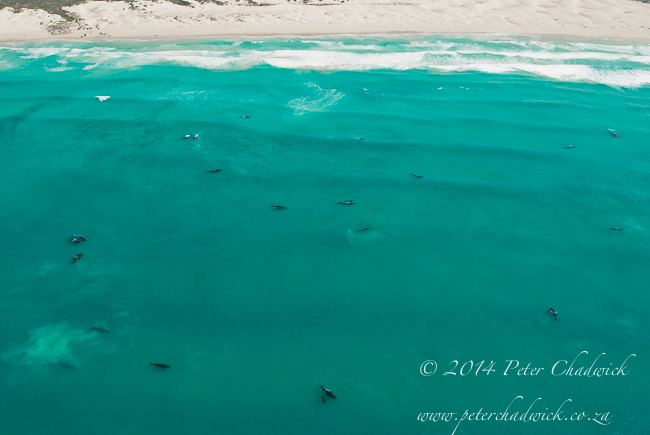 2 of 12. Mother and calf pairs of Southern Right Whales congregate in the sheltered bay off Koppie Alleen and the white sand dunes at De Hoop Marine Protected Area. 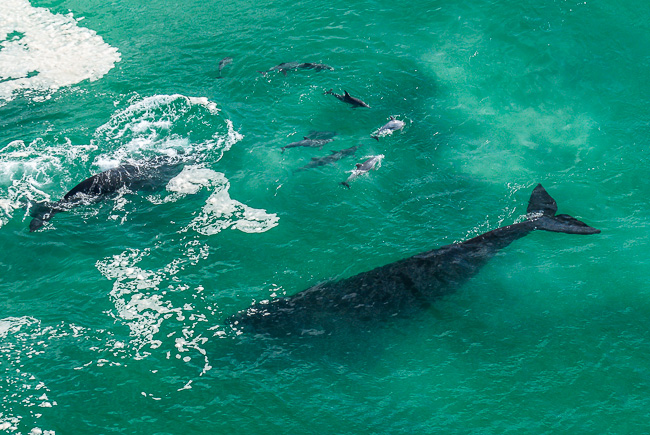 3 of 12. A pod of Bottlenosed Dolphins swim and play around a mother and calf Southern Right Whale. Interactions between the two species are common occurances. 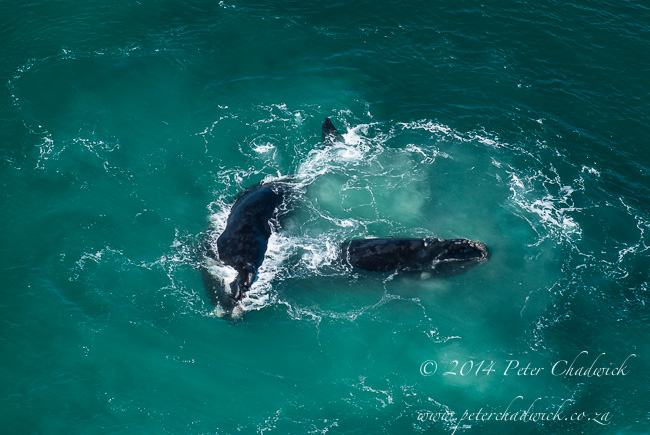 4 of 12. Two Southern Right Whale bulls churn up the water as they fight for mating rights with the cows that have just given birth. 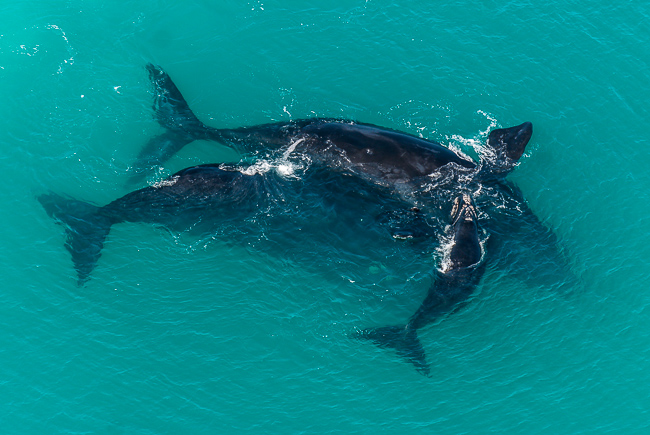 5 of 12. A Southern Right Whale pair mate as the seasons calf lies close to its mother. Calves are born after a 12 - 13 month gestation period. 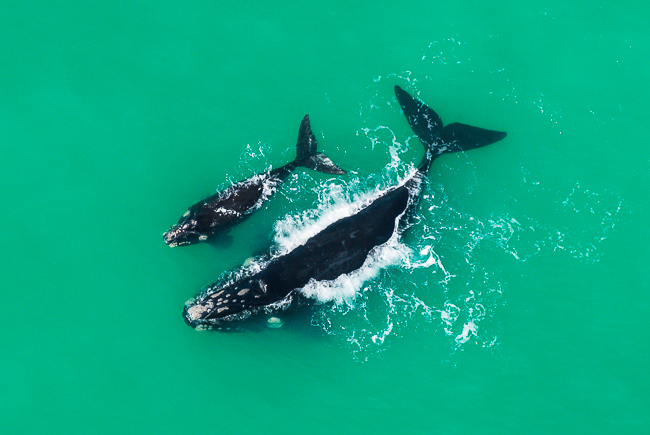 6 of 12. A calf swims close to its mother in the sheltered and shallow bay off Koppie Alleen at De Hoop Marine Protected Area. Mothers return to calf in three year intervals. 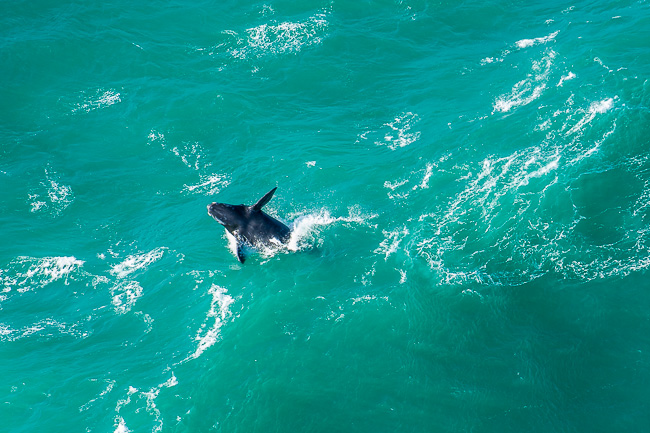 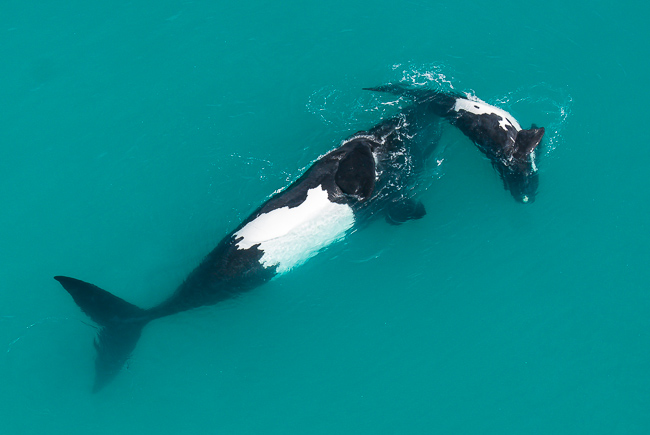 8 of 12. A Southern Right Whale mother and calf show their white belly patches. Individual whales may be  identified from the callosites on thier head and by other distinctive colour markings. This helps scientists with estimating global populations. 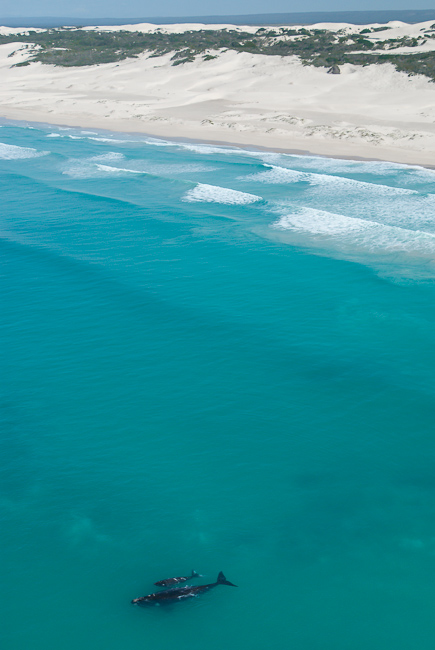 9 of 12. A mother and caff Southern Right Whale lie in the sheltered waters behind back-line and with the De Hoop dune fields in the background. 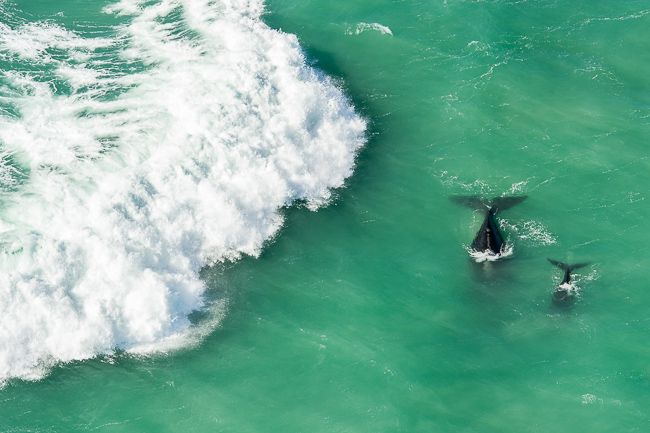 10 of 12. A Southern Right Whale mother and calf dive to avoid a large wave during stormy weather off De Hoop Marine Protected Area. 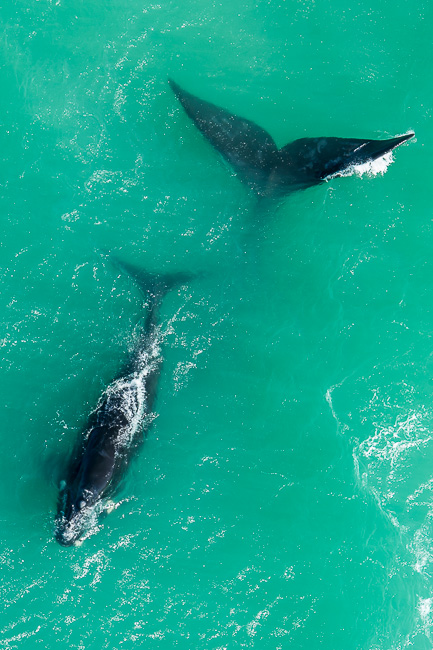 11 of 12. A Southern Right Whale calf lies on the surface to breath as its mother lies protectivly below it.

12 of 12. A Southern Right Whale calf surfaces behind a large ocean wave, while its mother lies in the deeper water below the calf.