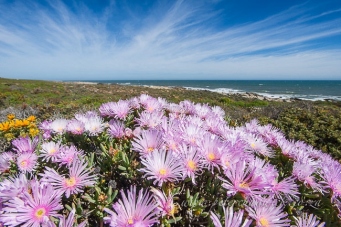 Fields splashed with floral diversity and colors are ubiquitous with the Namaqua National Park. This biodiversity hotspot has much to offer the aspirant wildlife photographer!

The coastal section has numerous small bays where the endemic Heaviside’s Dolphins play and leap amongst the breaking waves.

Boulder outcrops and sandy white beaches line the coastal section and join onto large open flat lands where Gemsbok, Red Hartebeest and Steenbok traverse between the splashes of purples, yellows, pinks and orange flowers during spring and summer.

To the east, rolling hillsides and kopjies add to the diverse scenery and are home to Klipspringers, Chacma Baboons and Rock Hyraxes. Jackal Buzzards and Verraux’s Eagles rule the skies and tangle in aerial fights with one another and the smaller Rock Kestrels and White Necked Ravens.

The Namaqua national Park is worth a visit at anytime of the year and photographic opportunities are always present. 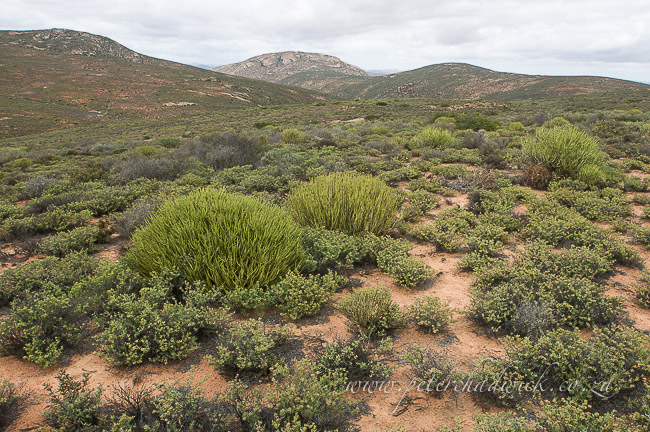 1. The eastern boundaries of the Namaqua National Park comprise of arid rolling hillsides that can be traversed by taking the Rooikat 4x4 Trail. 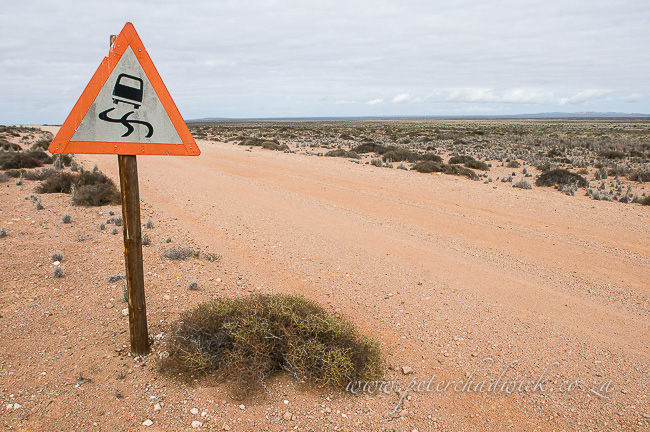 2. A wide network of gravel roads allow easy access throughout the Namqua National park, though certain sections can only be reached with a 4x4 vehicle. 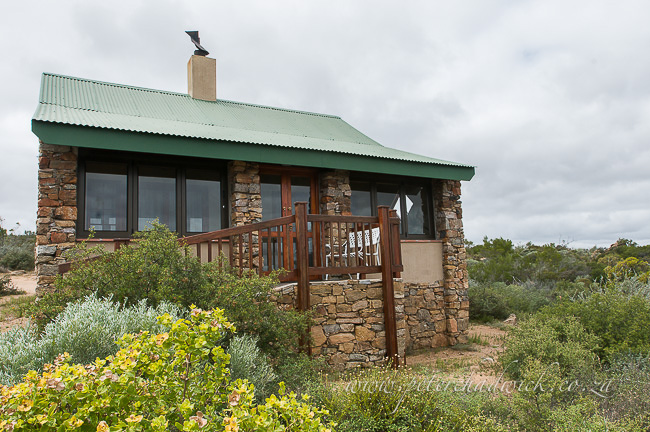 3. Tourist accommodation can be found in the Skilpad section of the park, offering small self-catering chalets. 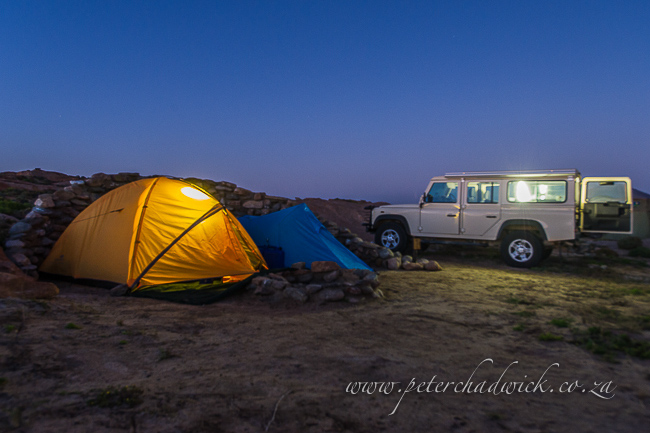 4. Along the coastal section several campsites can be found amongst sheltered bays. Facilities are basic and you need to bring your own water supply. 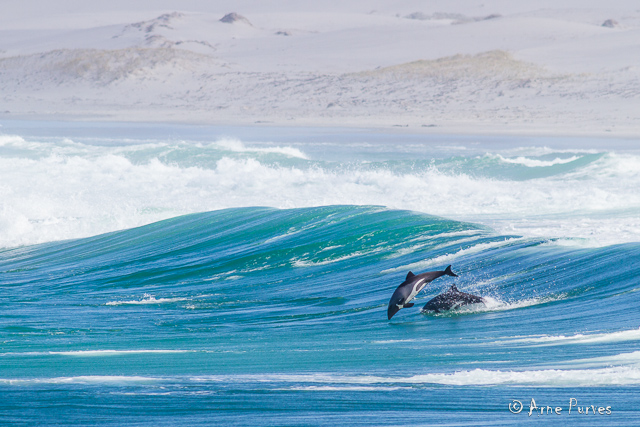 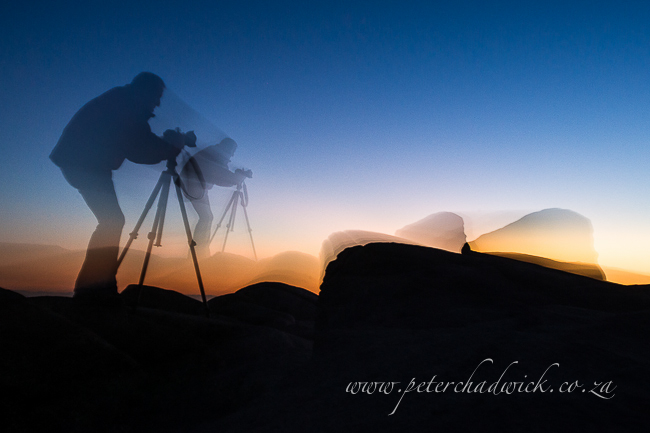 6. The Namaqua National Park offers an endless variety of photographic opportunities from landscapes through to the floral diversity and numerous bird species. 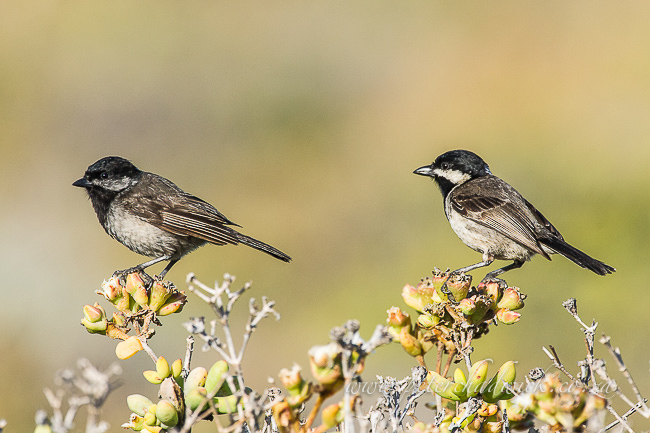 7. An adult Southern Grey Tit perches with its recently fledged chick that can be identified by its darker face. 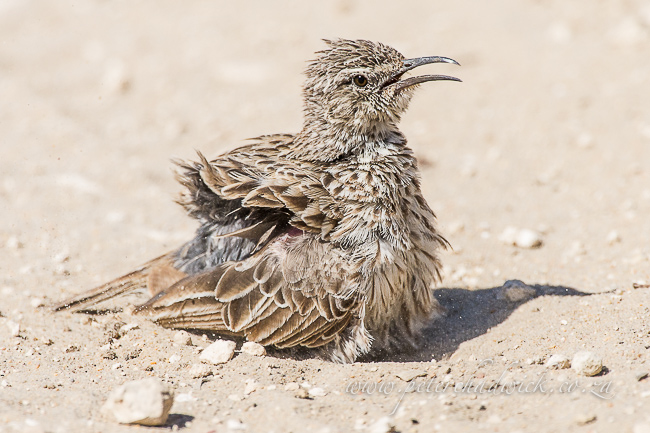 8. A Cape Long-Billed Lark makes the most of the sandy road network along the coast by taking a midday dust bath. 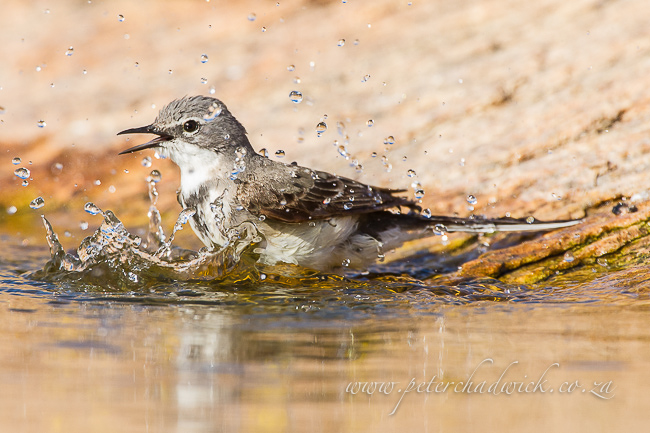 9. A Cape Wagtail bathes in one of the small rock pools filled with rain water. 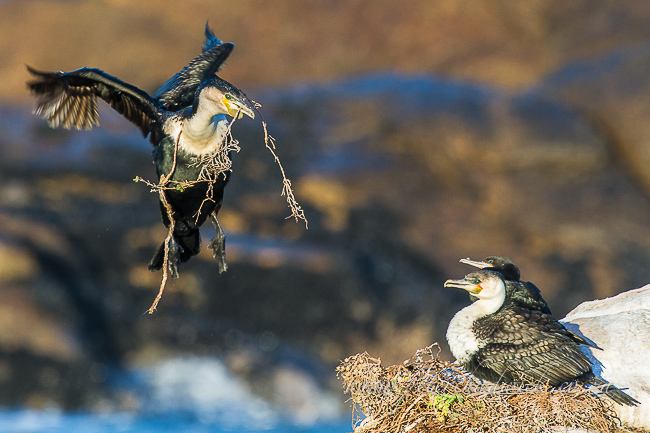 10. A White-Brested Cormorant flies into its coastal nest site with a large piece of shrubbery. This is passed on to its mate who then pushes the piece into place on the nest. 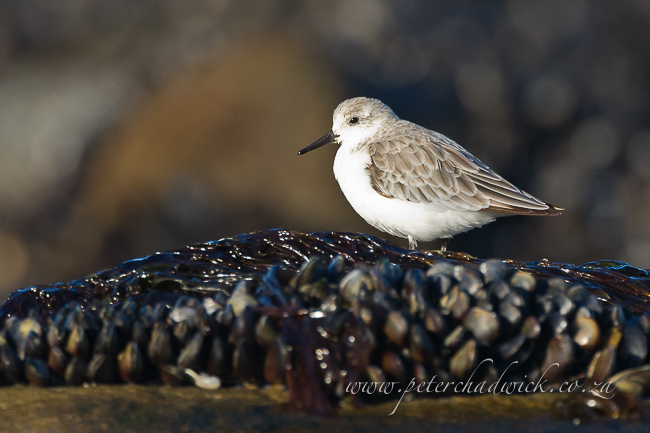 11. A Little Stint pauses from feeding amongst the intertidal platforms that have become exposed at low tide. 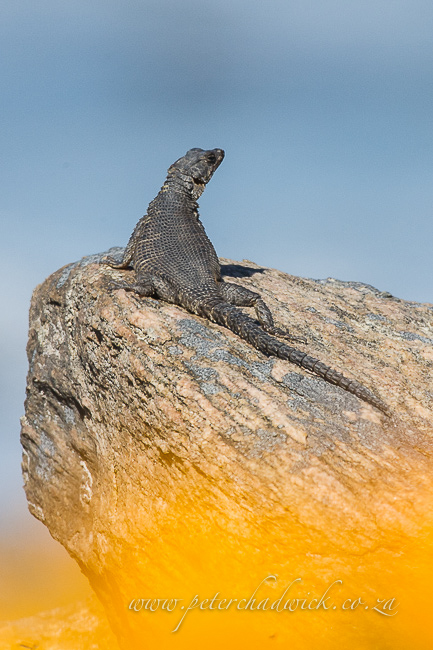 12. The Namaqua National Park is home to a large diversity of reptiles, including a number of Crag Lizard species. Here, a crag lizard suns itself on a prominent rock that is surrounded by orange daisies. 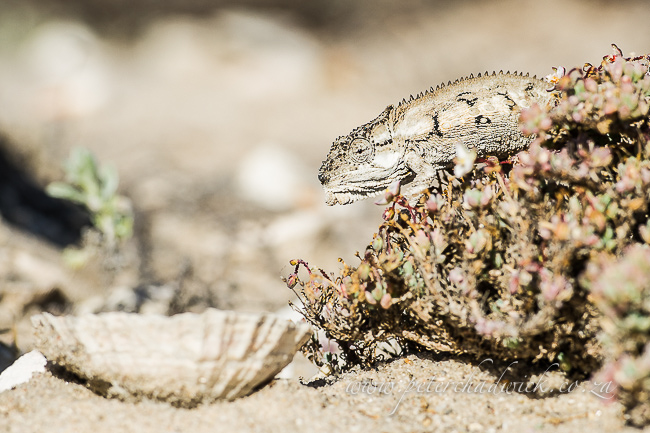 13. The Namaqua Dwarf Chameleon is an endemic species of this area and if you are extremely lucky, you can find this species amongst the coastal plains. 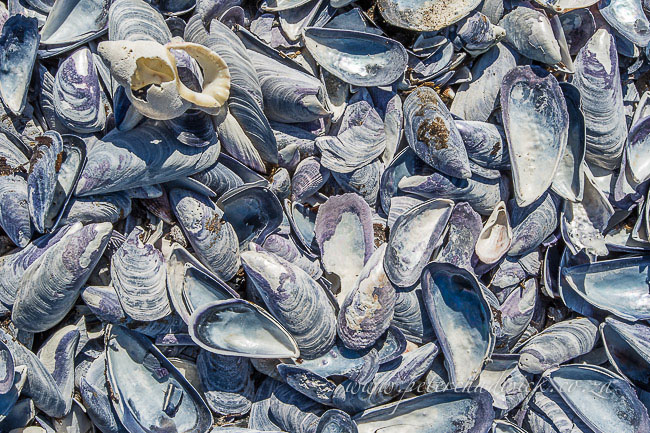 14. Thick piles of black mussel shells may be found heaped along some of the coastal sections, having succumbed to toxic  "Red Tide" conditions. 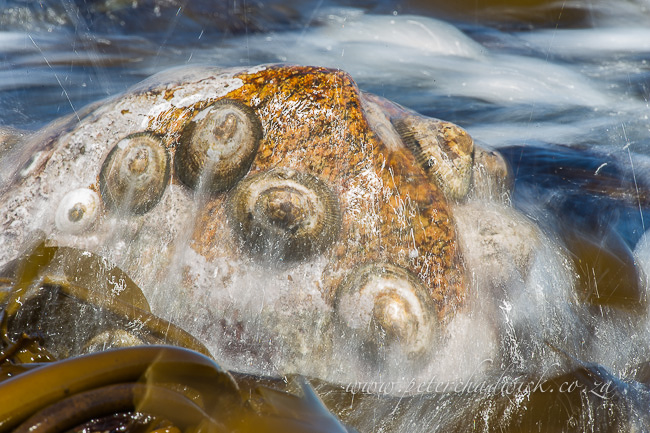 15. Limpet shells cover a boulder that is hammered by waves and is surrounded by kelp fronds upon which the limpets feed. 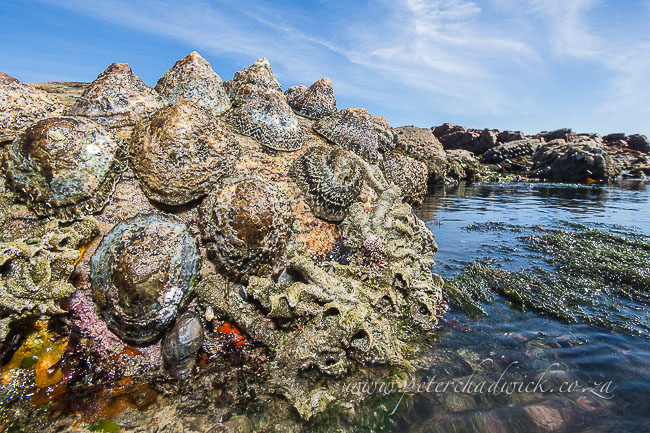 16. The Limpet beds within the Namaqua National Park form the highest densities of grazers per square meter in the world. 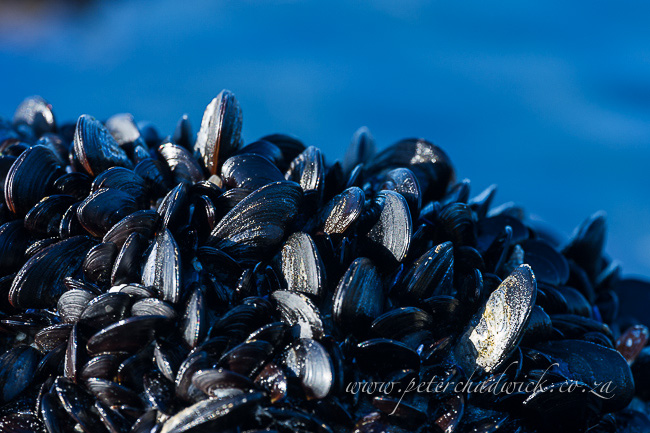 17. The intertidal flats that become exposed at low tide host a wide diversity of invertebrates and are a good indicator of the healthy state of the coastline. 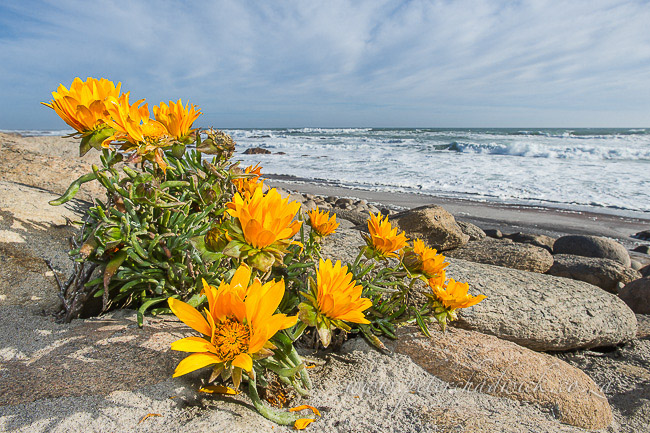 18. The Namaqua National Park is well known for its floral diversity that grows right down to the coastline. Spring is the time to experience this colourful bloom in all its splendour. 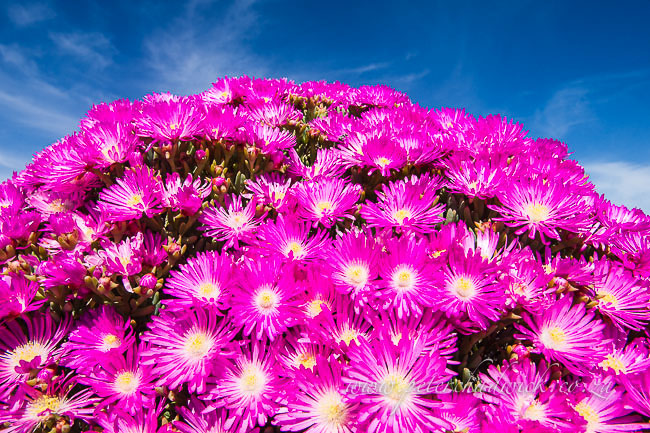 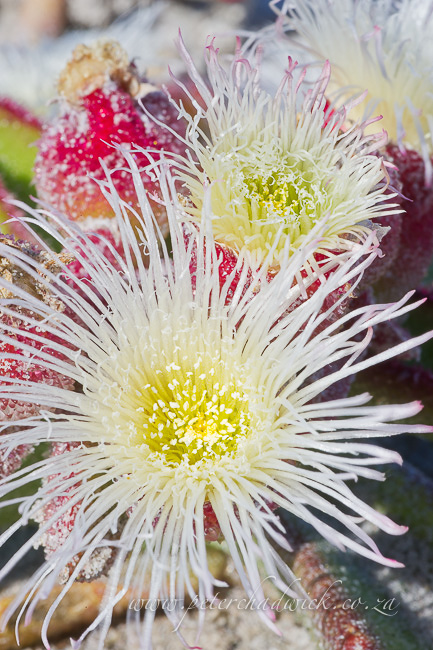 20. Mesembryanthemum alatum plants grow right down onto the beach just above the high water mark and between stranded kelp stems. 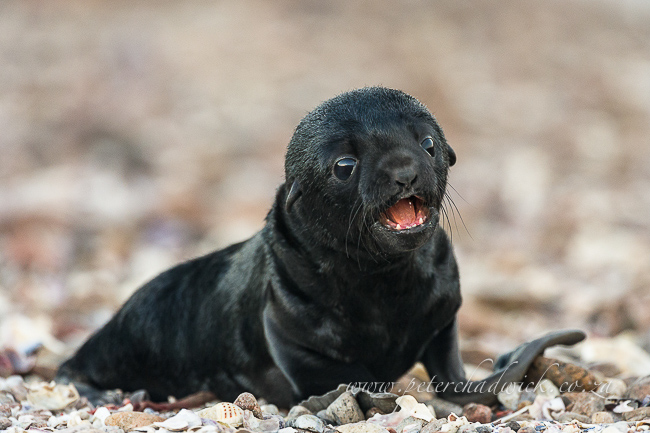 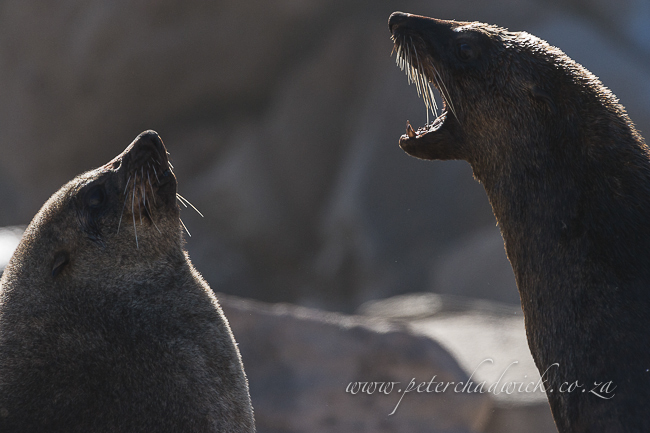 22. Bull Cape Fur Seals fight with one another over mating rights. 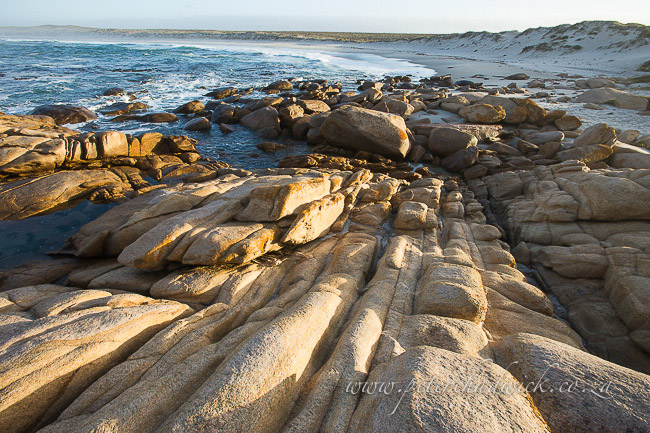 23. Korringkorrelbaai is one of the best locations to view the Heavyside's Dolphin frolicking in the waves. They may be best viewed from the granite outcrops viewed in this image. 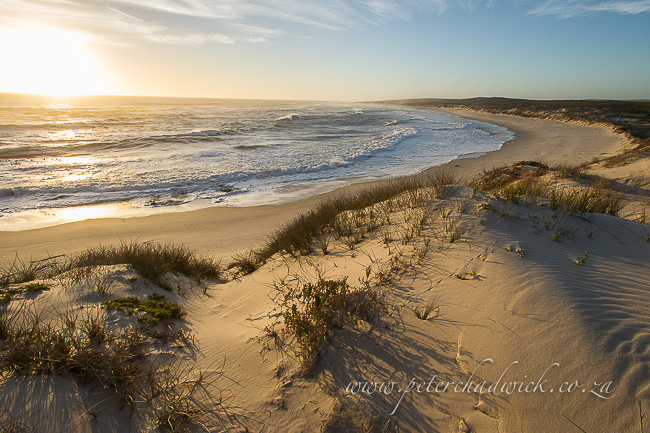 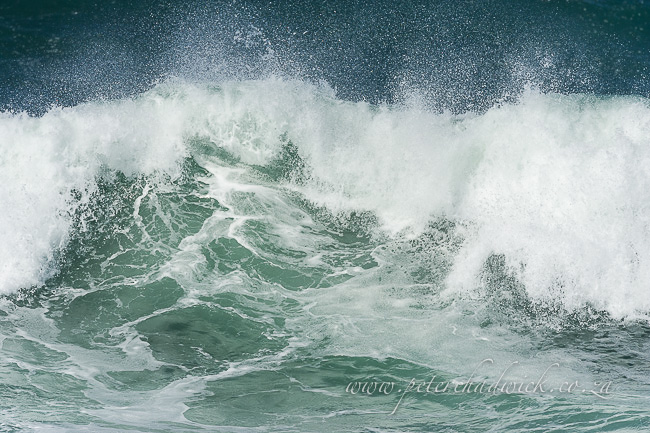 25. During winter massive swells rise to form monster waves that crash against the coastline. 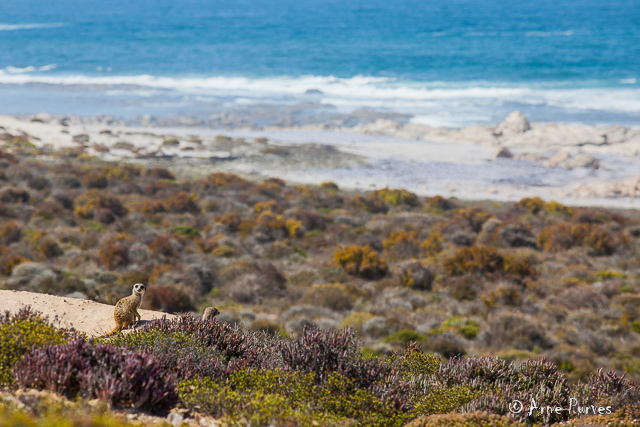 26. Suricate sentries keep a watchfull eye on the skies above as the colony prepares to head out to scavenge for the day. 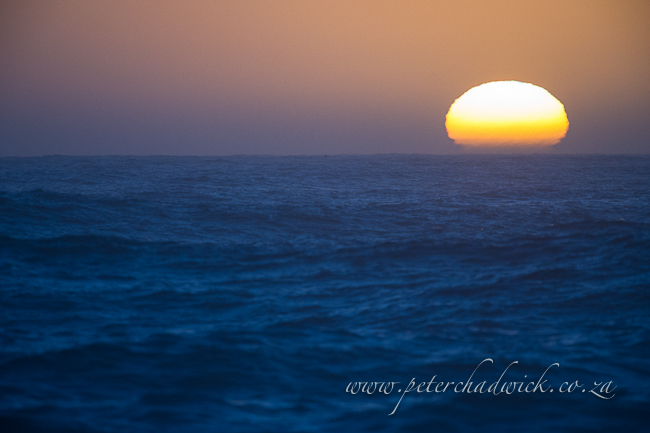 27. There is little that can surpass the tranquility of a west coast sunset.