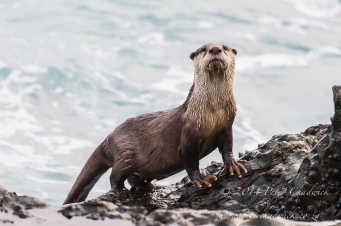 The Tsitsikamma Marine Protected Area is Africa’s oldest Marine Protected Area (MPA), having been proclaimed with immense foresightedness in 1964. This means that 2014 marks the 50th anniversary of this MPA within the heart of the Garden Route National Park. The 61km long MPA protects important rocky coastline, sandy beaches, sub-tidal reefs and critically important fish species.

Today, it is one of the countries best examples of a well-managed MPA that showcases the benefits of biodiversity protection. If properly designed and managed, MPAs play vitally important roles in protecting marine habitats and biodiversity through: 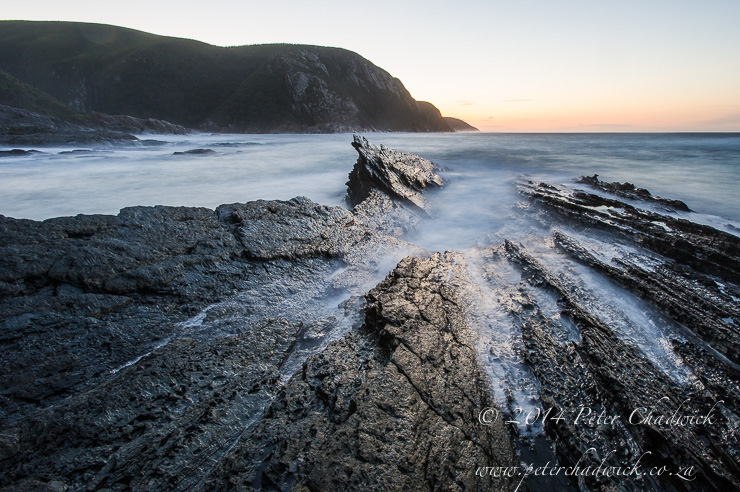 1 of 12: The extremly picturesque yet rugged coastline of the Tsitsikamma Marine Protected Area.

During a recent visit, where I spent several days exploring the MPA, the rugged coastline was the most obvious attraction with massive pounding waves literally shuddering the rocks and sending plumes of spray high into the air. The very aptly named “skietklip” lies close to the day visitor parking area near the restaurant and I quickly become absorbed in waiting and watching for even bigger waves to crash into the shoreline. 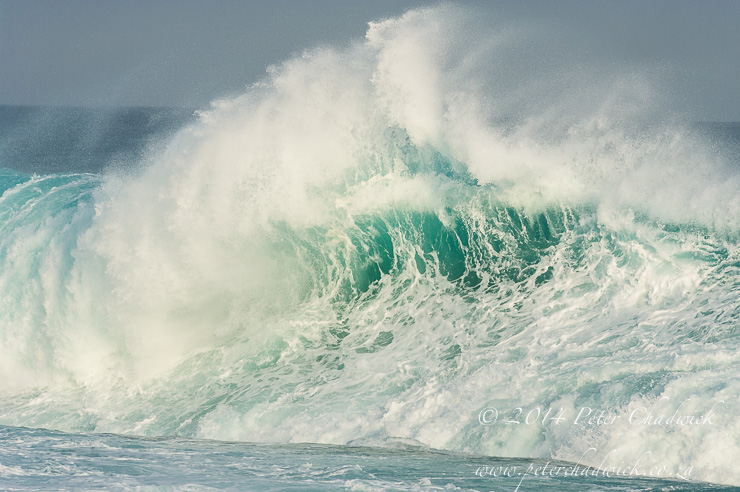 2 of 12: Massive waves pound the coastline along the Tsitsikamma coastline

Perhaps though, the most memorable experience from my trip was when I headed down to the campsite where the swimming pool is and then sat quietly watching the coastline. In a half-hour period during late afternoon, I was extremely fortunate to observe numerous Humpback Whales swimming northwards to their breeding grounds and with some energetic whales, tail-splashing, fin-slapping and even breaching clear of the seas surface. Both Humpback and Bottlenose Dolphin pods swam just behind the breaking waves and as dusk approached, amazingly a small family of three Cape Clawless Otters emerged from the dense coastal undergrowth and swam out to hunt and feed in the rocky bay. The otters were relatively relaxed as long as I remained still and they had no problem feeding in amongst the pounding surf zone.  This incredible and privileged experience is just a minor fraction of what this incredibly special place has to offer and clearly shows that marine protected areas are well worth protecting and proclaiming. 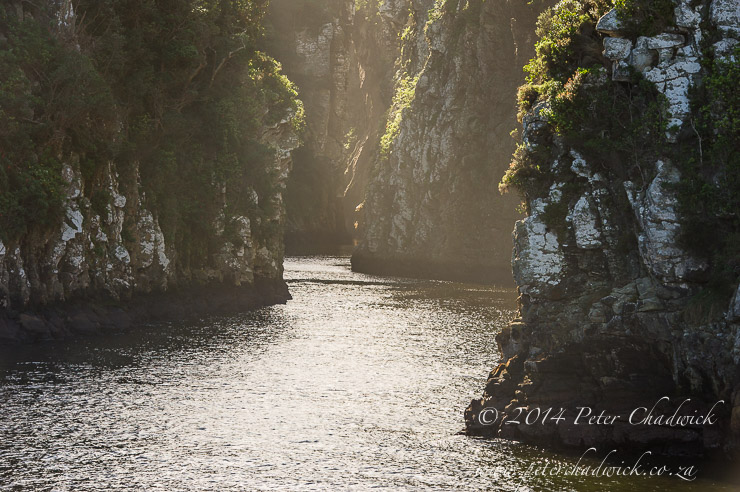 3 of 12: The Storms River flows through narrow gorges as it enters the sea in the Tsitsikamma MPA. 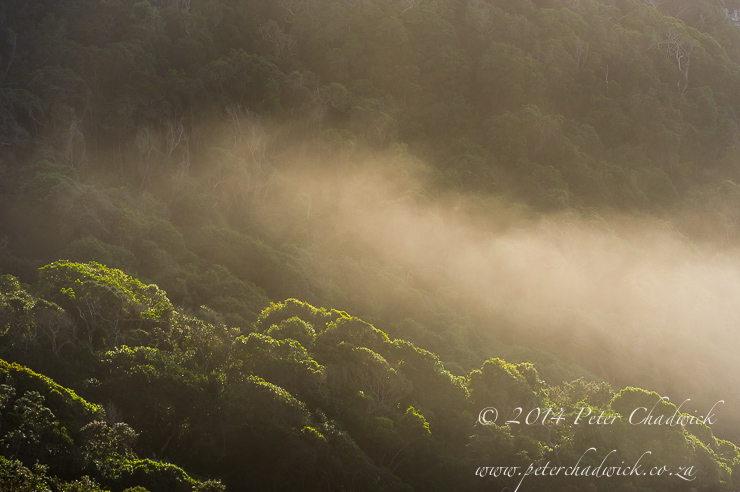 4 of 12: Sea mist brings important nutrients that helps feed the coastal forest found along the shores of the MPA 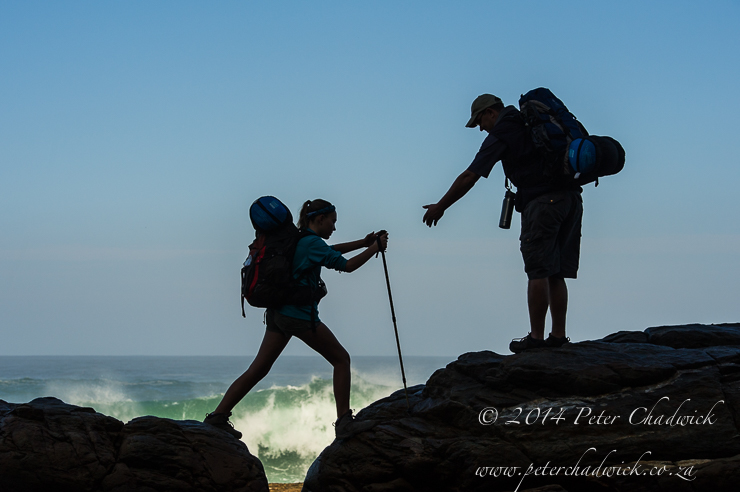 5 of 12: The world famous Otter Hiking Trail follows the coastline of the MPA.

6 of 12: A number of seabird species feed and breed along the coastline, including African Black Oystercatchers whose numbers are now climbing due to conservation interventions. 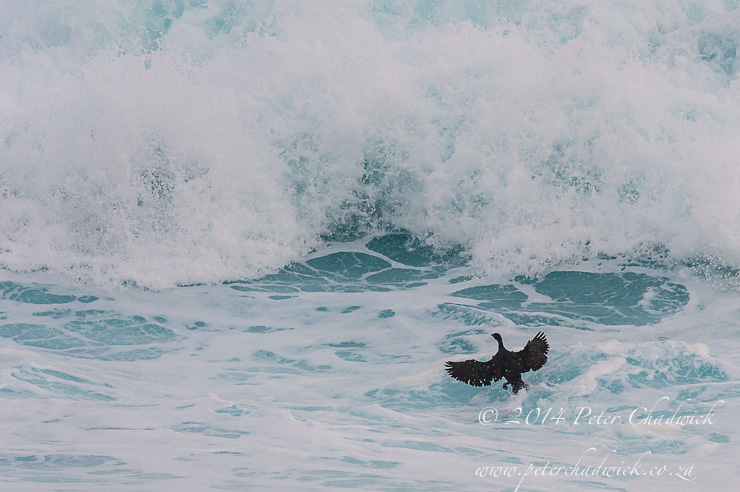 7 of 12: A Cape Cormorant flies directly into the surf zone to start feeding. 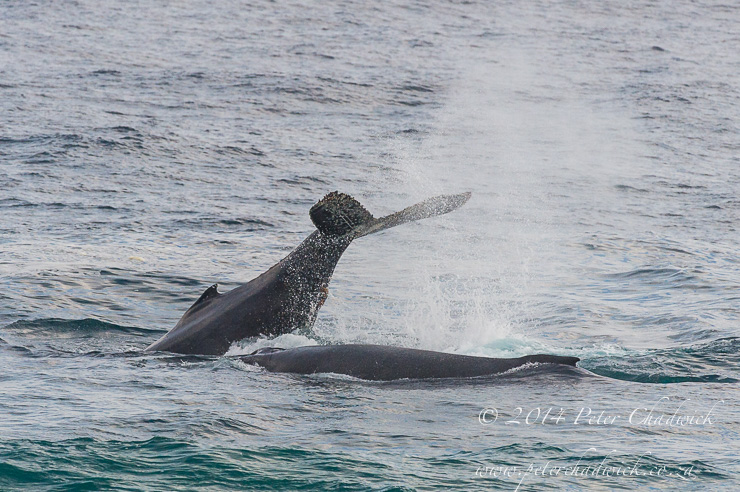 8 of 12: A Humpbacked Whale tail slaps alongside a second whale. Tsitsikamma is part of the northern migration route of these animals between July and October. 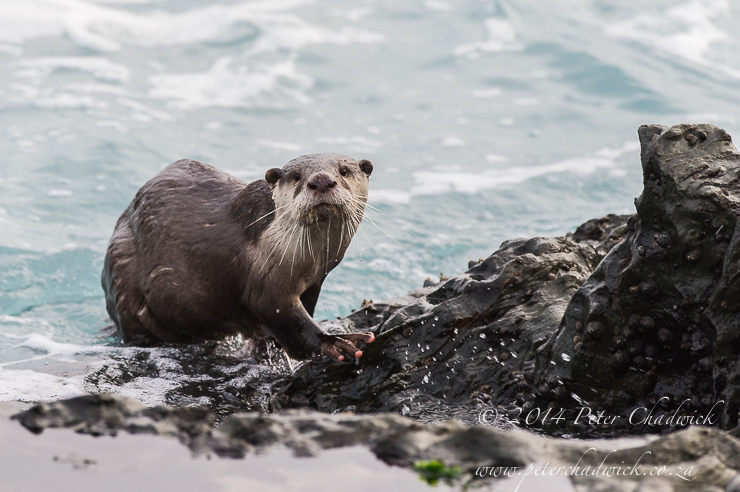 9 of 12: A Cape Clawless Otter emerges from the surf zone where it has been feeding. 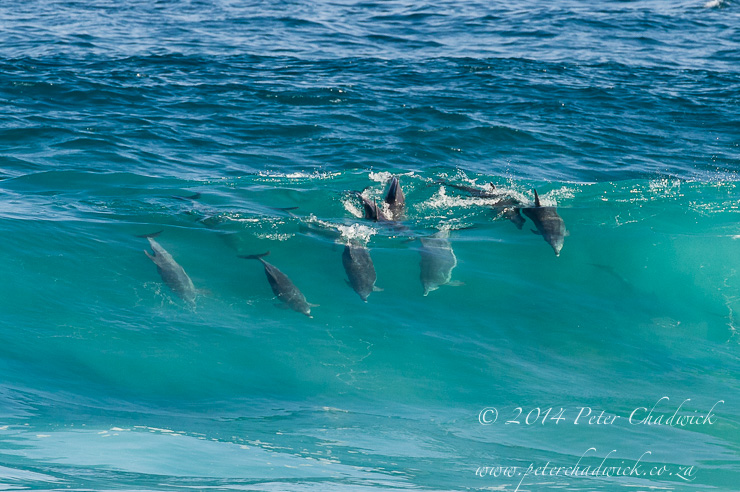 10 of 12: A Bottlenosed Dolphin pod plays in the breaking waves. 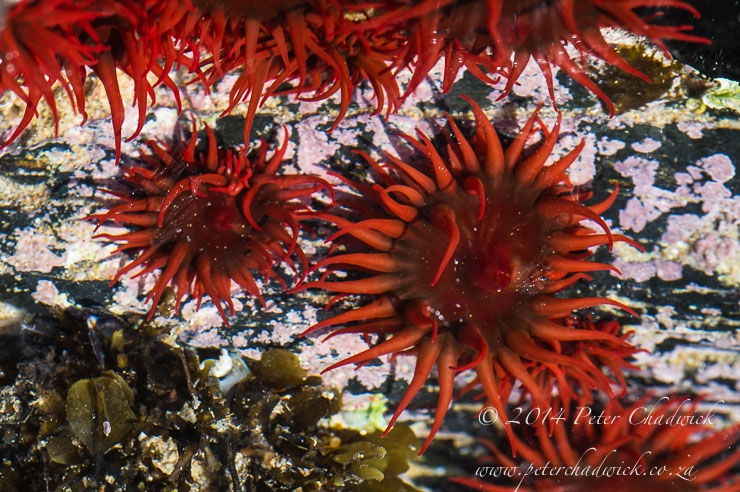 11 of 12: Plum-red anemones filter-feed in the shallow rock pools found all along the coastline. 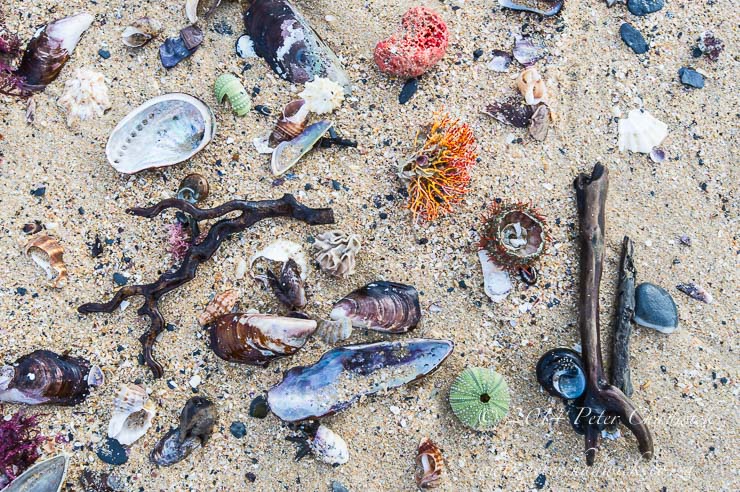 12 of 12: Beach detritus shows just some of the diversity of invertebrate species found within the waters of the MPA.