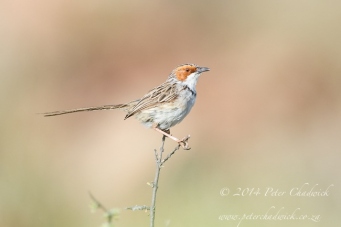 The old timers used to say that when the swallows begin to flock and swoop low over the ground, then “the rain she is a coming! “Well, it seems that there must be some truth in this saying, as within fifteen minutes of me watching a large flock of Barn Swallows, Greater-Striped Swallows, Black Swifts and White-Rumped Swifts swooping low and catching insects, the grey overcast skies flashed angry lightning bolts and rumbled heavy thunder.

Shortly thereafter, the first drops of rain slammed into the parched earth, sending up miniature explosions of dust. With the rain came a breeze that brought a freshness and cleanliness with it, dissipating the heat hanging over the Karoo National Park and enticing one to immediately begin exploring the ancient weathered landscape. The rain did not last long and soon, faint rainbows formed as shafts of sun-filtered light through the otherwise grey skies. 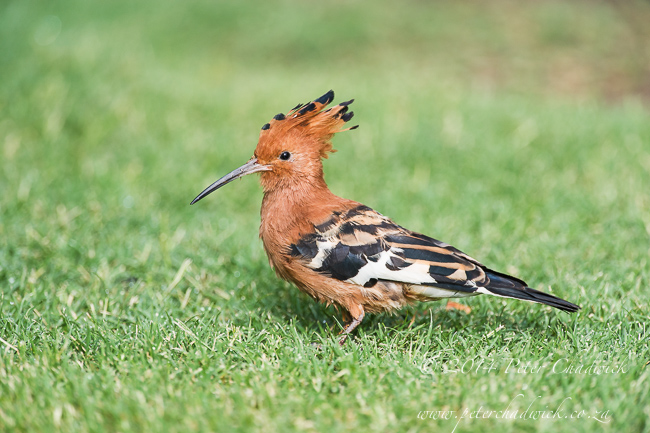 On the Lammertjies Laagte Loop, the swallows now perched on the tops of shrubs preening and ruffling their feathers as Karoo Scrub-Robins, Larklike Buntings and Rufous-Eared Warblers climbed to the tops of the bushes to sing loudly in the now still air. A small family herd of Cape Mountain Zebra’s appeared out of a thicket to graze the short sweet grasses that grew between the stunted scrubland of the Karoo. They were joined by a pair of Ostriches, much to the concern of the herd stallion, who kept a close eye on the oversized birds and positioned himself between them and the rest of his herd that also had a newly born foal. 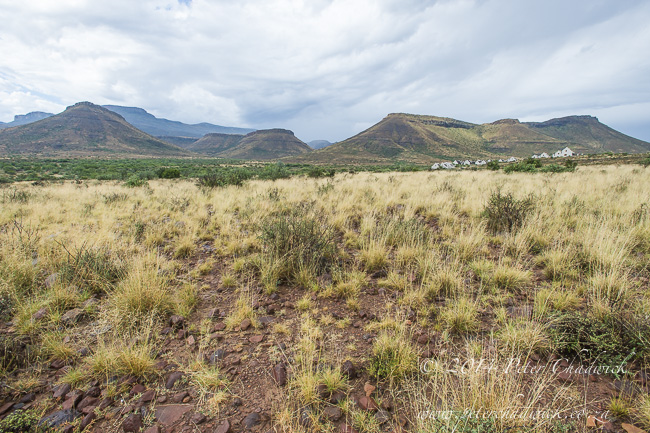 Further along, Karoo Long-Billed Larks and Large-Billed Larks followed behind a wandering herd of Red Hartebeest, with the birds snatching up insects disturbed by the antelopes passing. In the sky above, Amur Flacons and Lesser Kestrels hawked insects on the wing and attracted the attention of a larger Jackal Buzzard that swooped past before disappearing again into the distant hills. The cooler weather also brought out Bat-eared Foxes that hunted with their radar like ears pointing to the ground and occasionally stopping to listen more intently before digging vigorously into the ground after a tasty morsel. A Black-Backed Jackal that followed the foxes at a distance stopped periodically to scent mark against prominent bushes and chased after Bush Karoo Rats without any success. 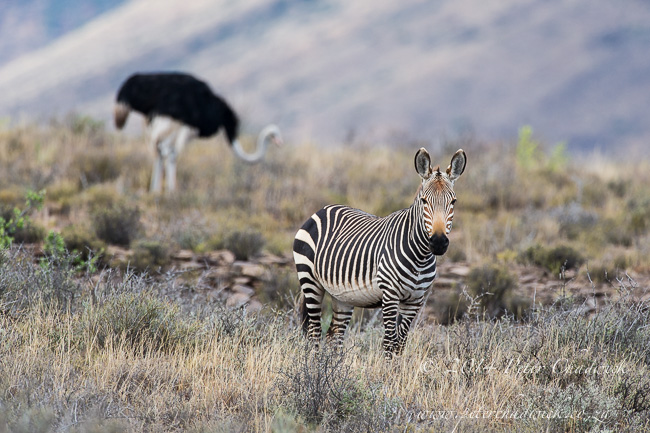 Completing the Lammertjies Laagte Loop, I headed slowly back towards the campsite, stopping occasionally to watch the Black-Throated Canaries, Pied Starlings, Mountain Wheatears and Familiar Chats that were all in search of food near the rocky bases of the hills. At one point, a pair of loudly singing Bokmakierie’s drew my attention and close to them, a beautiful male Sentinel Rock Thrush with its rusty-orange coloured belly and grey-blue head and back sat on a small boulder. Sadly, this bird did not sit for long and soon flew off out of sight as a flock of Pale-Winged Starlings swooped by. 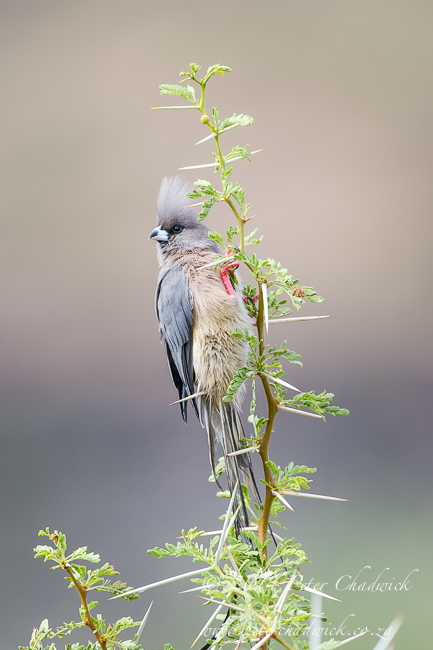 At the campsite, with its green lawns and dense thickets of vegetation, I started to set up my overnight camp, soon being joined by a throng of inquisitive birds that were obviously well used to the comings and goings of campers. First to appear was a young Cape Robin Chat that hopped about my feet and gave me a disdaining look when I failed to produce any worthwhile scraps for it. A Red-Eyed Bulbul pair flew to and fro to feed two permanently begging chicks that sat below one of the braais, constantly flicking their wings and begging with wide-open mouths. Four-Striped Mice and Bush Karoo Rats scampered in the shadows, cautiously coming into the open with a few tentative steps before taking fright and scampering away again. African Hoopoes probed their long bills deep into the soft lawns, where Cape Sparrows, Laughing Doves, Cape-Turtle Doves and Southern Masked Weavers also hopped and walked about. A constant tapping in one of the trees allowed me to track down a male Cardinal Woodpecker that was obviously building a nesting hole in one of the dead branches of a gnarled old acacia. With dusk approaching, the thunder and lightning returned together with very heavy rain. It was against this setting and the raucous calls of Brown Hooded Kingfishers that I clambered into my tent and sleeping bag for a fitful nights rest. 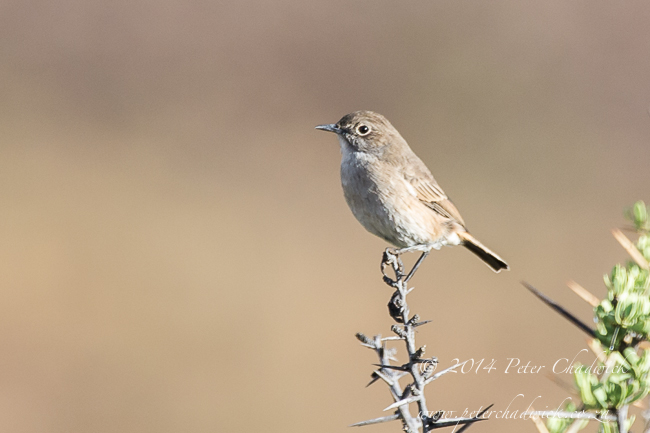 Somewhere in the early hours of the morning, the hooting calls of Spotted Eagle Owls woke me and popping my head out of the tent, a clear star filled sky greeted me, drawing me out of the tent to watch the flickering spectacle above. The shadows of Rufous-Cheeked Nightjars flittered across the open areas of the camp and as the dawn skies began to lighten, Black-Backed Jackal pairs called out from several points across the valley. 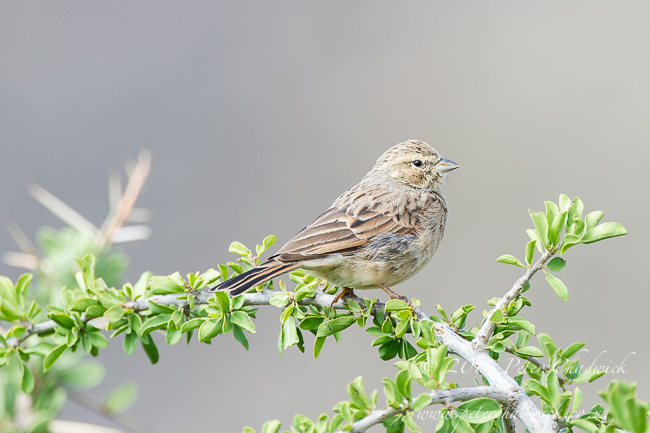 As the gates into the wilderness sections opened at 6.00am, I drove out of camp, heading out along the Potlekkertjie Loop. A dip through a densely vegetated watercourse showed me a small herd of Kudu. They were browsing sedately, with their large ears constantly turning and listening for the slightest sound of danger. Sitting there patiently observing the Kudu, I was fortunate to watch as numerous birds also appeared and Southern Tchagra, Southern Boubou, Layard’s Tit-Babbler, White-Backed Mousebirds, Acacia Pied Barbet and Fiscal Flycatchers all were added to my list. In an acacia thicket, a Pririt Batis pair gleaned small insects from amongst the canopy foliage and several Karoo Eremomelas and a single Cape Penduline Tit joined them. 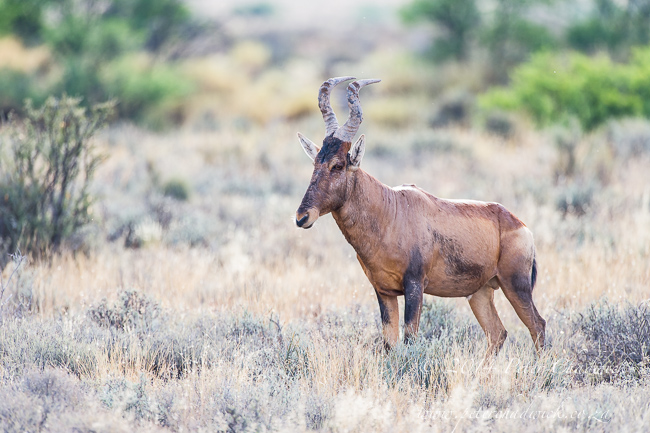 Leaving the thicket vegetation behind me, I ventured onto a large wide open plain that was covered with short stunted shrubs that obviously battled to grow between the hard stony ground. Initially appearing lifeless, a careful scan with binoculars soon showed Double-Banded Coursers, Namaqua Sandgrouse, Ludwig’s Bustards and even a single Kori Bustard. Bachelor herds of Springbok and hardy Gemsbok nibbled at what few green shoots and leaves there were and the dainty Steenbok pairs wandered about their territory scent marking bushes in ownership. 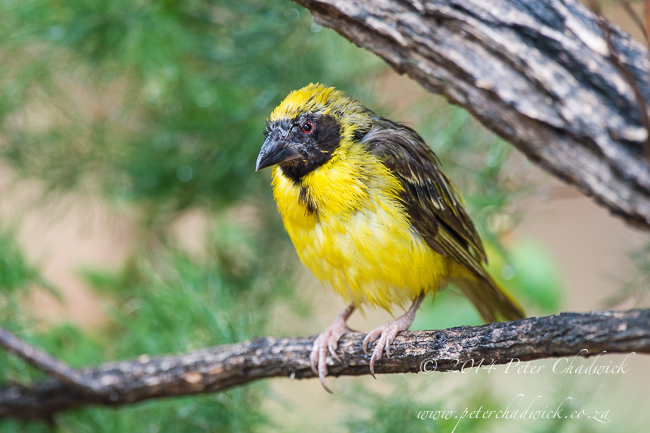 The gravel road upon which I was driving soon wound ever upwards between two steep-sided hills that took me up onto a vast plateau and providing an endless vista into the distance. An itchy jackal provided several moments of amusement as the poor animal scratched itself madly to try and free itself of the irritation. Sickle-Winged Chats, Ant-eating Chats and Karoo Prinia’s became common sightings together with occasional Pale Chanting Goshawks and Rock Kestrels. Rock Hyrax and Klipspringers stood out silhouetted against the skyline as they watched the surroundings from prominent lookouts and as I reached the top of the Klipspringer Pass, a stop at the Rooivalle Lookout provided a final feathered surprise as a pair of Verreaux’s Eagles swept effortlessly past in full majestic ownership of this scenically and bio-diverse landscape. 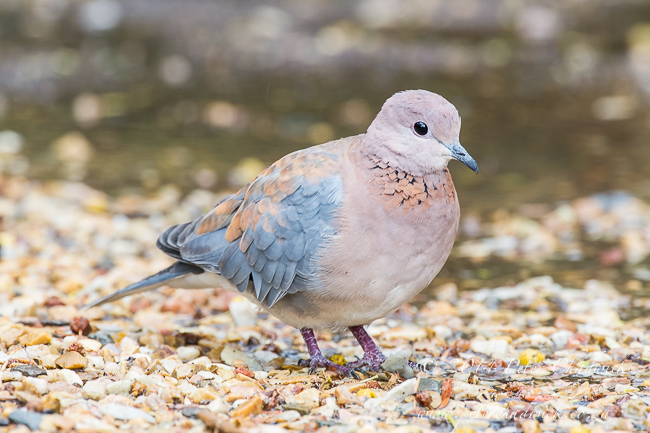 Season & Weather: This is a harsh and usually arid country with high summer temperatures and cool winters. Rainfall generally falls within the summer months.

Habitats: The reserve falls into the Nama-Karoo Biome that consists of Montane Karoo Grassy Shrubland, Karoo Succulent Shrubland and riparian thickets. A change in altitudes within the park provides a gradient in moisture levels that in turn determines vegetation types.

Getting There: The Karoo National Park is situated along the N1 highway six kilometers south of the town of Beaufort West in the Western Cape.

Accommodation & Activities: A wide variety of accommodation that varies between camping and well-equipped chalets is available. A swimming pool, restaurant and small shop can be found at the main reception area. A number of short walking trails lead to historical Hyena Traps, an informative Fossil Trail and to a Bird Hide that overlooks a small dam. 4x4 trails are also available.

Reservations: Karoo National Park: Tel: 023 415 2828 Email: This email address is being protected from spambots. You need JavaScript enabled to view it. Website: www.sanparks.org